Cattle smugglers are killing owners across India, farmers are facing a threat to life and livelihood 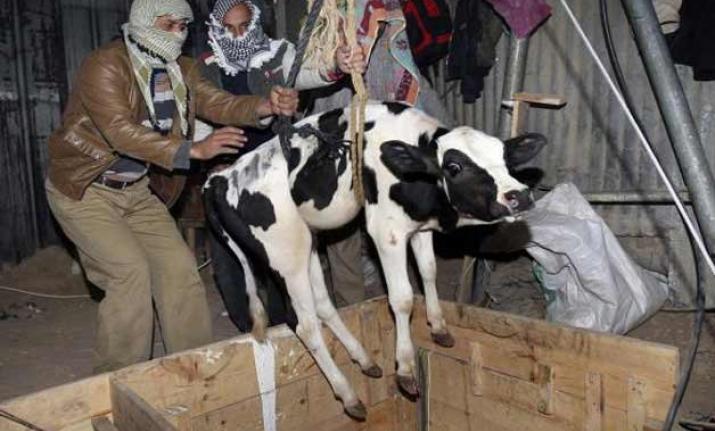 Gangs of smugglers enter villages at night, armed with guns and pistols, to kidnap cattle before fleeing away in trucks which they sell for slaughter. While the country is battling against various lynching committed by men in the name of cow protection, this is another issue that deserves our attention.

Last year, while having a discussion on cow vigilantism with one of my friends, he asked me why someone will steal a cow when I pointed out the issue of cattle smuggling. To my surprise, he had no idea about cattle smuggling and how brutal cattle smugglers can be. I am sure there are many others like him who constantly shows outrage when a case of cow vigilantism is reported but completely ignores it when a farmer gets killed by cattle smuggler. I don't blame them because such cases are hardly reported by any mainstream media and if by any chance it is reported, I doubt it ever reaches the feed of my friend or others like him.

November 2, 2016, Than Singh was sleeping when cattle smugglers came to steal his buffalo. The smugglers had loaded his buffalo when he woke up. The smugglers started firing when he along with his 16-year-old son Brajbhaan and other villagers started following the vehicle. In the firing, Brajbhaan got injured and later succumbed to his injury as reported by Live Hindustan.

In July 2017, a gang of cattle smugglers entered a farmer's house in Agra's Kotrekapura village at midnight. When they were trying to run away with his buffalo, the farmer, Charan Singh, woke up and nabbed one of the thieves. But he was shot dead by other gang members as reported by TOI. The police later found out that the smugglers had come in a pick-up truck, armed with deadly weapons.

Earlier in Feb 2014, two residents of the village Ahmedabad under Nawabgunj tehsil were killed by a gang of cattle smugglers when villagers tried to stop them from taking away the livestock (mainly cattle and buffaloes) of local residents for illegal slaughtering. Source 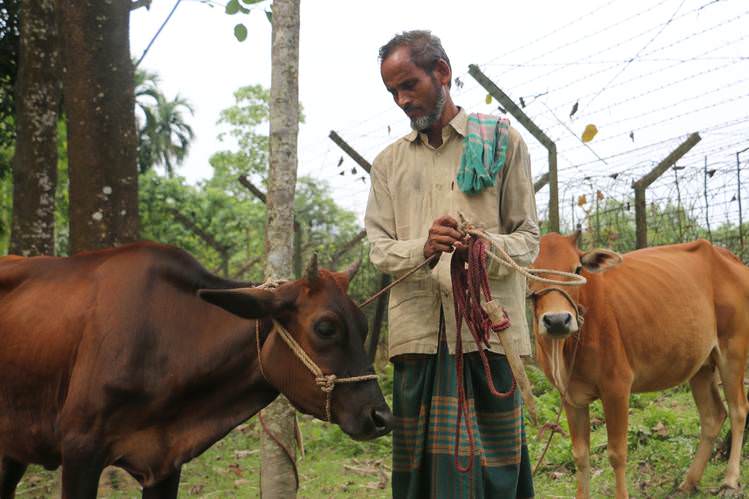 June 2018, in a fresh incident of cattle smuggling in Barada, Haryana, cattle smugglers stole 3 buffaloes worth Rs 2 lakh belonging to Krishna Chouhan after threatening him with a gun in Ugala village.

These aren't stray incidents but a continuation of a series of deadly attacks carried out by cattle smugglers on farmers across India. Gangs of smugglers enter villages at night, armed with guns and pistols, to kidnap cattle before fleeing away in trucks which they sell for slaughter. About 3,000 cows and oxen are being smuggled every day from villages of Haryana, Rajasthan, Maharashtra and states on the India-Bangladesh border as reported by Daily Mail.

A NewYork Times report from 2013 claims that "the unfortunate fate of some of Delhi’s cattle has led some Hindus to establish cattle shelters on the fringes of the metropolitan region. One of the largest is Shri Mataji Gaushala, where thousands of cattle live on about 42 acres".

These cattle smugglers don't even spare policemen. There have been several instances when policemen were killed by these smugglers.

In February 2015, cattle smugglers killed two policemen, including a head constable in Mathura, UP, when the police tried to intercept a vehicle carrying cows.

These cattle smugglers are so brutal that they don't even spare kids. A 16-year-old girl was shot at and seriously injured after she confronted two suspected cow thieves while they were trying to take away cattle from the backyard barn of her home in Etah district in June 2016.

Most often poor farmers buy cattle after taking a loan from the banks and it adds a huge financial burden on them if it gets stolen. In a recent report by New Indian Express, it was stated that West Bengal is losing almost Rs 100 crores a month due to failure to stop illegal cattle trafficking. Not only these smugglers are creating a massive loss of revenue, their rising is putting the livelihoods and even lives of the farmers at risk. There is an urgent need to launch a widespread crackdown on cattle smugglers ensuring strict and quick punishment for the perpetrators as reported by OpIndia.

While the country is battling against various lynching committed by men in the name of cow protection, this is another issue that deserves our attention.