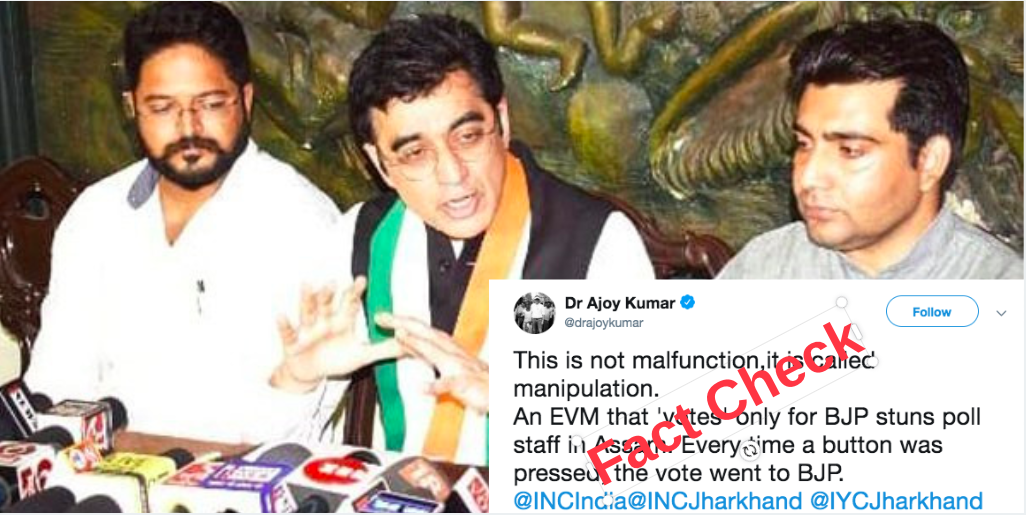 Several incidents of malfunctioned EVMs have been reported during mock polls just before the 3rd phase of Loksabha election but calling it an election of shame is an overreaction.

On 23rd April, Dr. Ajoy Kumar who is seen to be the President of Jharkhand Pradesh Congress Committee and their National spokesperson tweeted an article by Times of India with a caption "This is not malfunction, it is called manipulation. An EVM that 'votes' only for BJP stuns poll staff in Assam. Every time a button was pressed, the vote went to BJP". 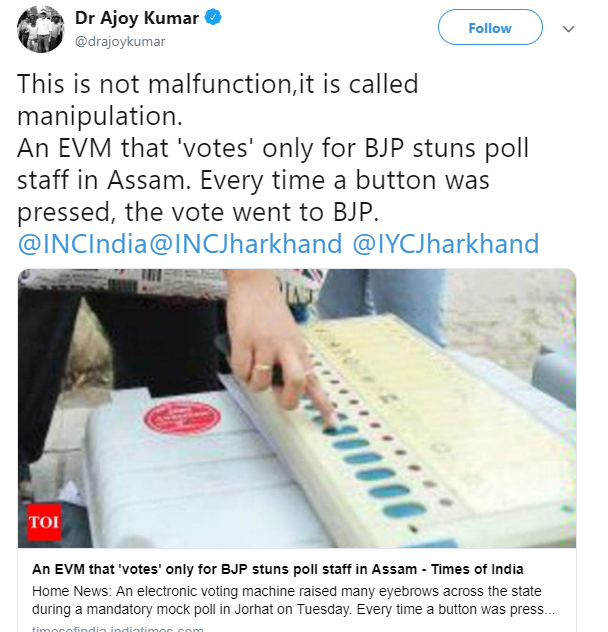 The only thing that is significant about his tweet is the fact that the article attached is from 2014. It was most probably intentionally shared to spread false propaganda against EVM. Several others have seen to be sharing the same article for the past few days. 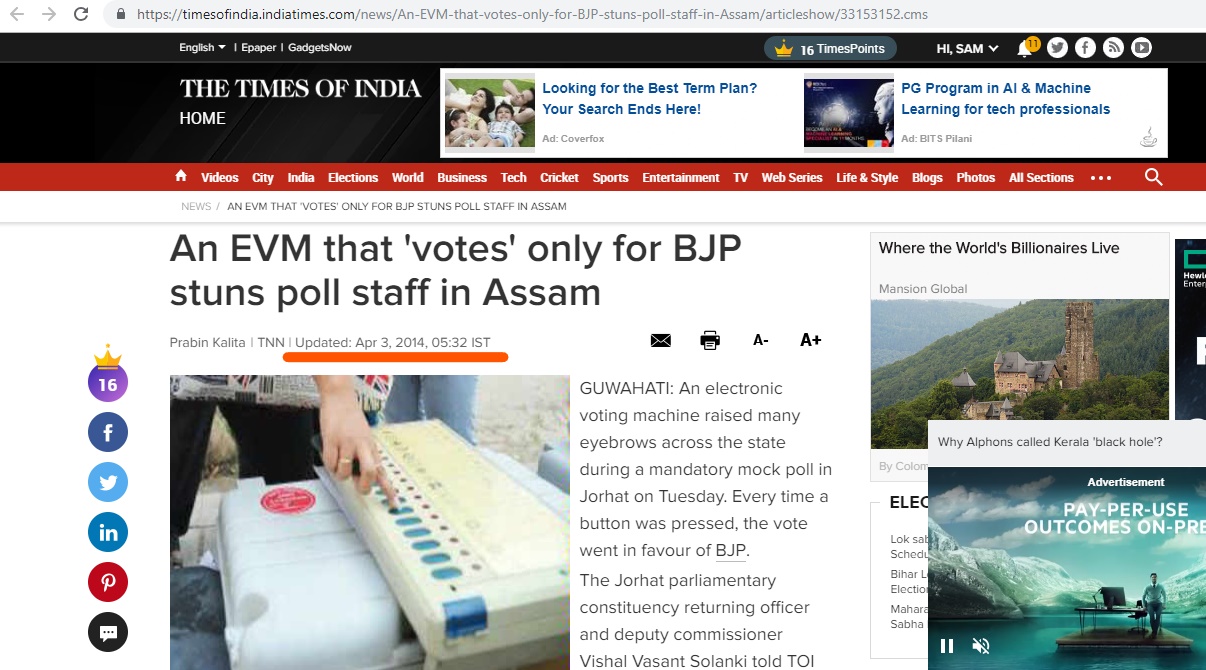 After being pointed out by several users, Dr Ajoy Kumar claimed that it is happening now also and that he has shared an article related to that.

"The same is happening even today. Shared an article of today too. You talk about 5 years but Chowkidars keep talking about 60 years. Talk about the present developments and your achievements.", he wrote. 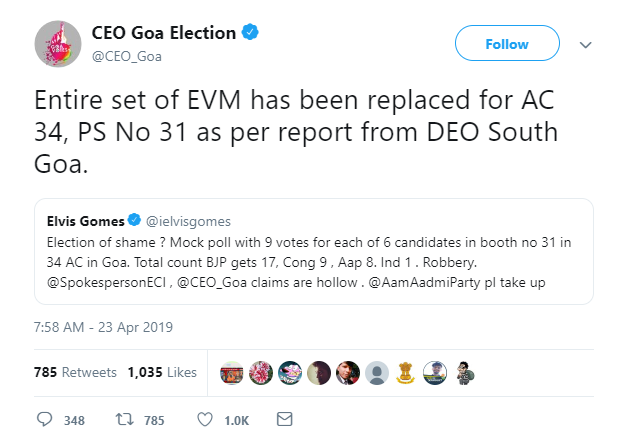 This particular article had also resurfaced the internet in 2017 and shared by some users. 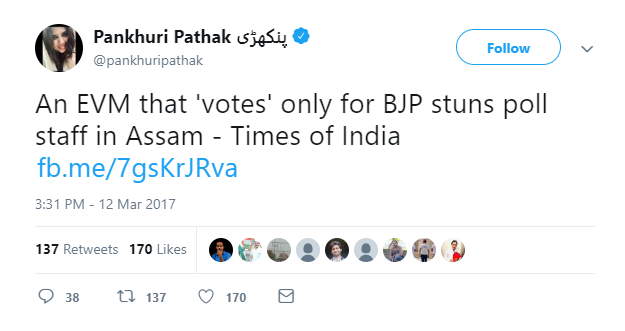 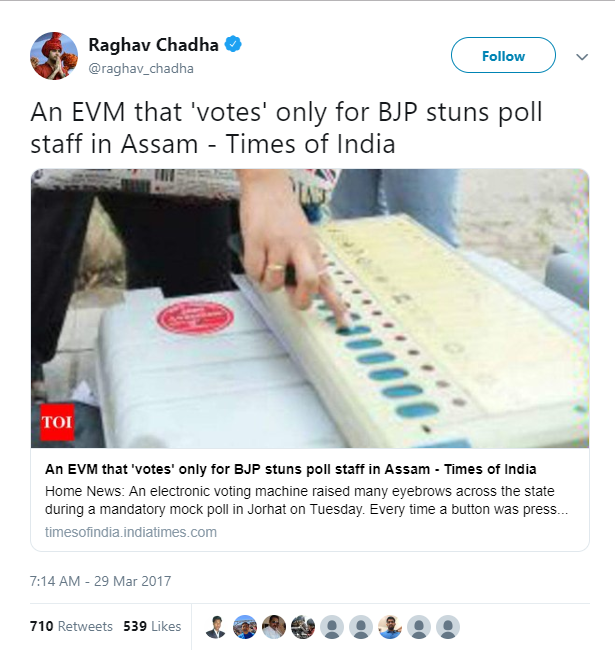 Apart from the sharing of this outdated article, several users especially influential people with good reach have been seen spreading misleading and false information. Today an Editor in Indian Express had tweeted:

A voter in Kerala’s Kovalam to Malayalam channels. “I have voted for Congress, but the pic came on the screen and the slip was lotus. I want to cast my vote again”

A user had replied to her tweet saying that the Chief Electoral Officer of Kerala had addressed this issue and confirmed that it is indeed false news. This is legitimate and the claim can be confirmed with these News Minute and Business standards official reports on this issue. However, the user remained biased in her opinion.

Conclusion: Several incidents of malfunctioned EVMs have been reported during mock polls just before the 3rd phase of Loksabha election but calling it an election of shame is an overreaction.

It is evident to all of us that no serious or official step is taken against people who spread fake and misleading information especially verified users and people of the media. This leads to the heavy spread of false information either as a result of propaganda or misinformation. The rise in these type of activities especially on social media sites is on a hike, especially during the election period. It is important to verify the published date and authenticity of a particular source before sharing it. Each individual has to take these basic steps to tackle false propaganda promoted by some.