Journalist Shekhar Gupta, Rohini Singh, politician Mehbooba Mufti, and the likes took to Twitter to set a false narrative about Sadhvi’s age, claiming she was a child when Babri was demolished, mentioning her birth year as 1988.

In the latest turn of events, left-leaning journalists are yet again hogging the limelight in the name of, recently nominated BJP’s MP candidate, Sadhvi Pragya, spreading blatant lies about her age.

Sadhvi, in an interview, recently mentioned her involvement in the demolition of the structure built on Ram Janmabhumi, known as the Babri Masjid. 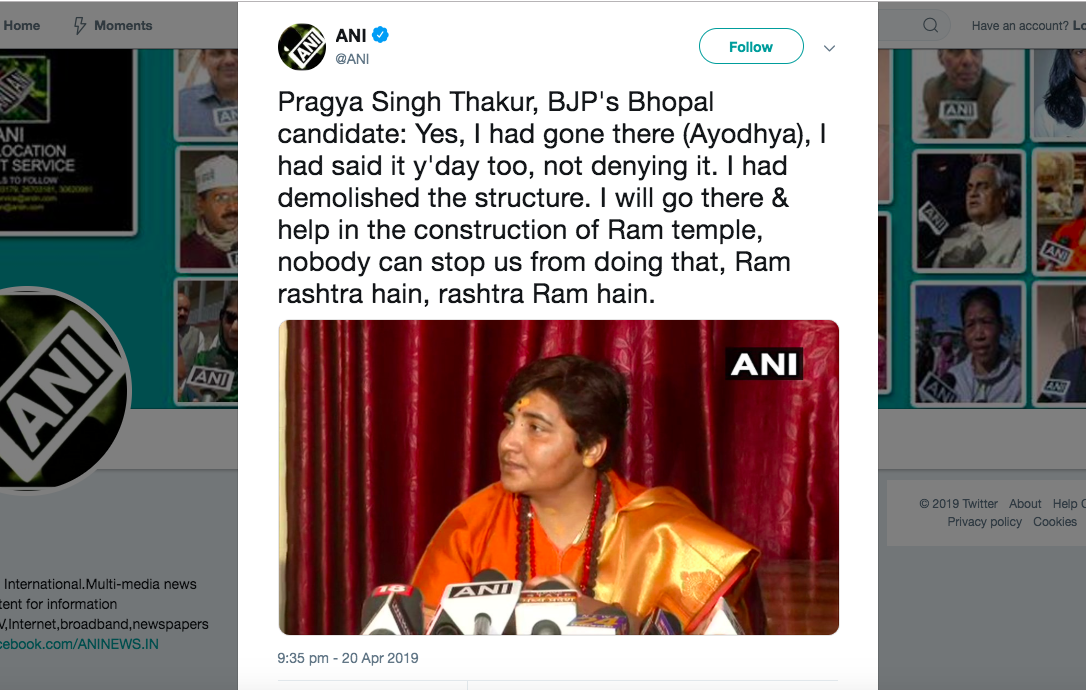 She is being attacked for her blunt and self-assured statements, seems to be the hot cake, everyone is trying to cash on by twisting her media addresses.

Journalist Shekhar Gupta, politician Mehbooba Mufti, and the likes took to Twitter to set a false narrative about Sadhvi’s age, claiming she was a child when Babri was demolished, mentioning her birth year as 1988.

Taking a dig at Sadhvi Pragya, Shekhar Gupta tweeted "She was four then. Must have been a precocious child. Inspiration for Chhota Bheem". 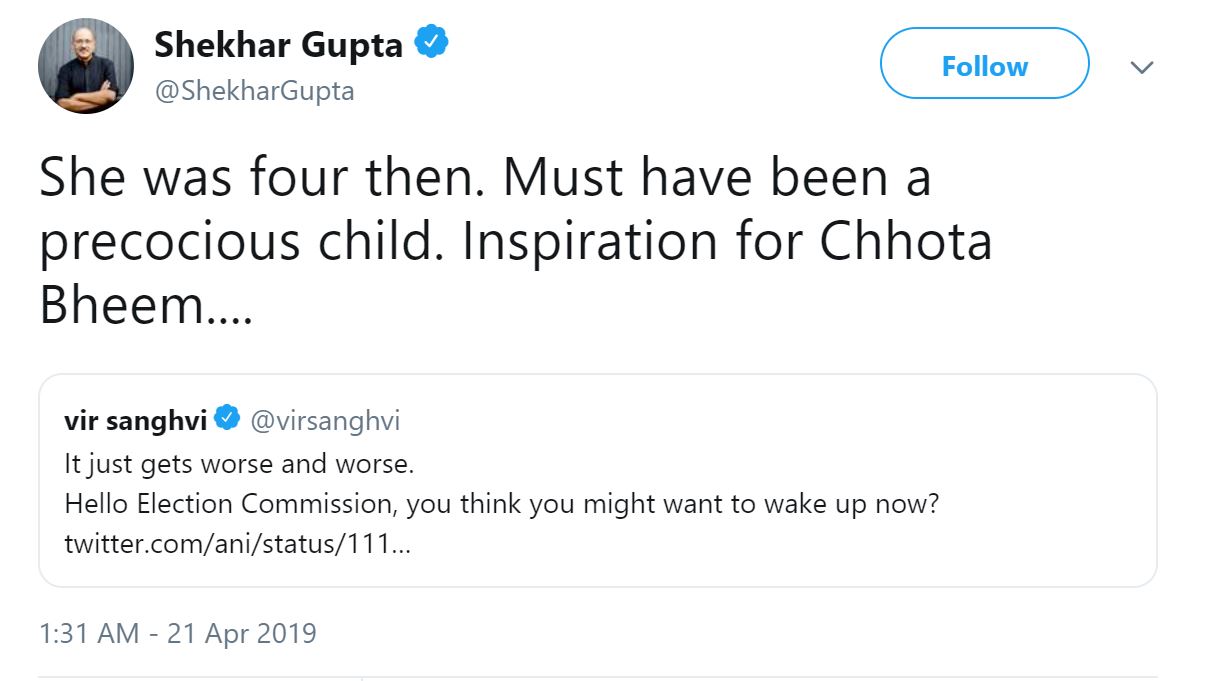 Mehboob Mufti wrote on Twitter: "India’s answer to boss baby that would put the adventures of Chota Bheem & Shin Chan to shame." 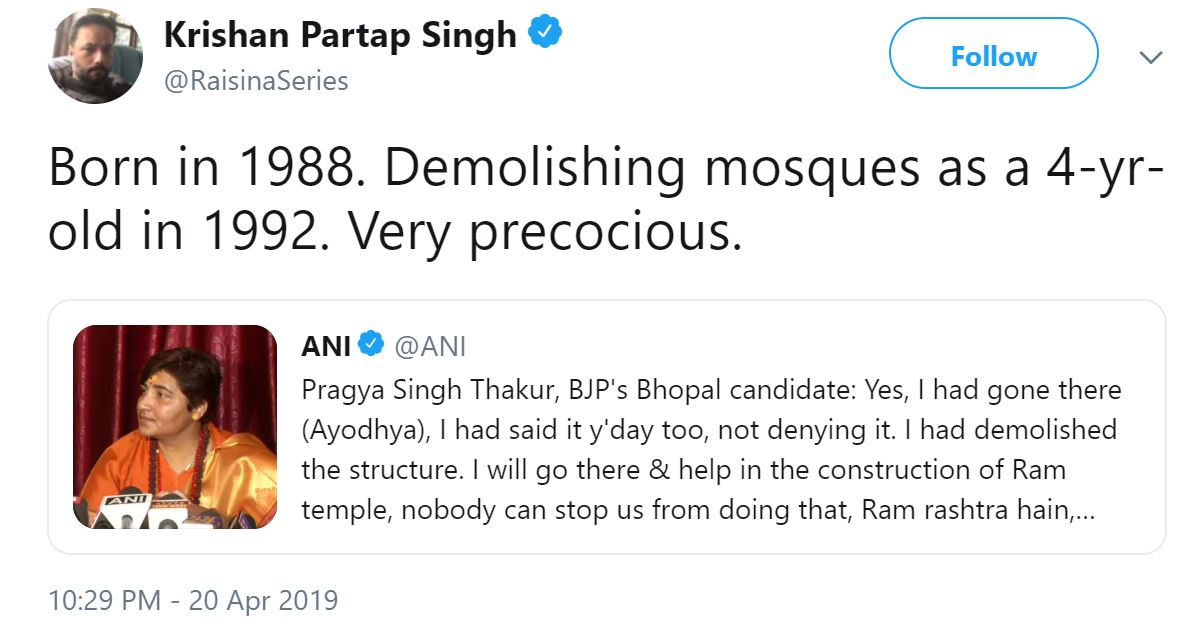 A journalist associated with The Wire tweeted: "Seems Pragya was born in 1988. Didn’t know along with being a terror accused she is also quite a little liar. Unless margdarshaks Advani and Joshi were also taking along toddlers with them in that infamous rath Yatra".

The founding editor of The Wire, Sidharth Bhatia also jumped in and replied to Rohini Singh: "You have something against child prodigies?" 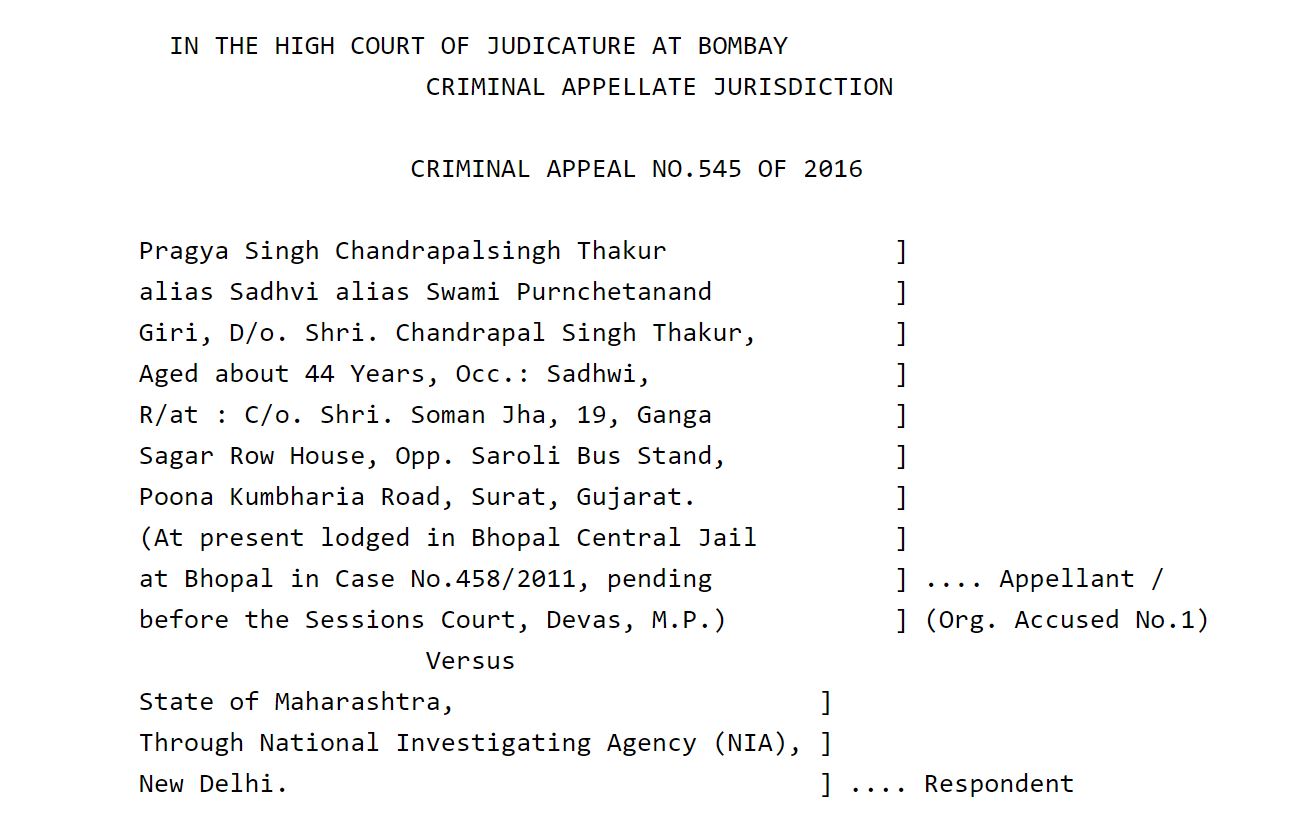 Adding to the same, fact check done by India Today’s ‘Anti Fake News War Room’ also stated that her 2016 bail application in the Bombay High Court mentions her age as 44. 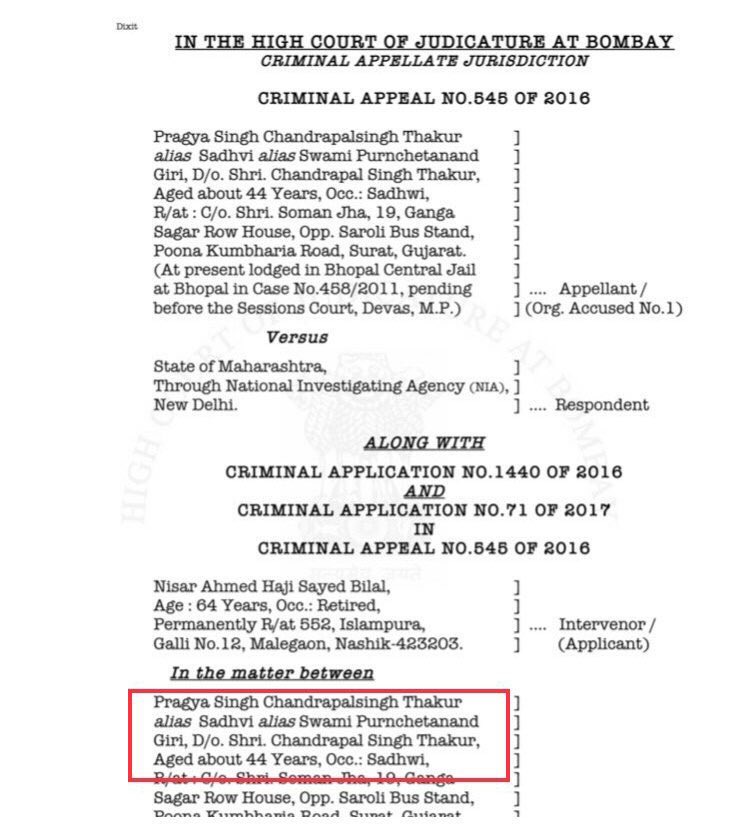 India Today spoke to Sadhvi Pragya's elder sister Upma Singh who said, "Sadhvi's birth date is 02.02.1970 and it is mentioned in her mark sheets and Aadhar card as well."

Even after several people pointed it out, none of these journalists have deleted their tweet or issued an apology.