CIA, KGB, MOSAD survey says that NDA will lose 2019 election? No, the BBC Survey is fake 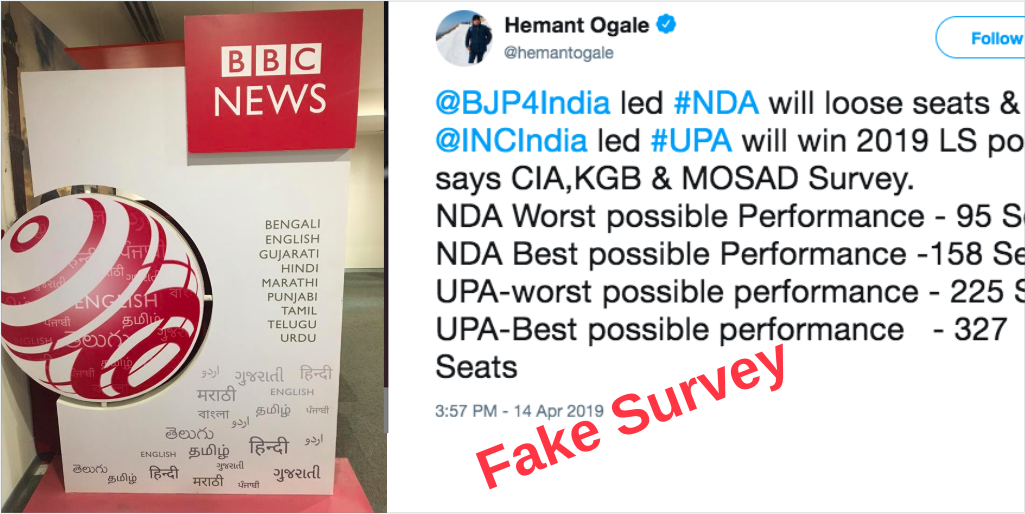 BBC Hindi Editor clarified that they have not conducted any political survey that claims that BJP will lose the forthcoming Elections in India.

Time and again we come across surveys online, that boast facts and figures, and as an avid internet user, we tend to believe the data.

A similar case cropped recently where we saw Hemant Ogale, National Secretary- Indian Youth Congress, took to Twitter, with his verified handle to share a survey, claiming to be conducted by BBC, showing facts about BJP losing the forthcoming elections.

Since it was a verified handle’s tweet, the reach grew and many other congress supporters then shared the same story on various other Social Media platforms. 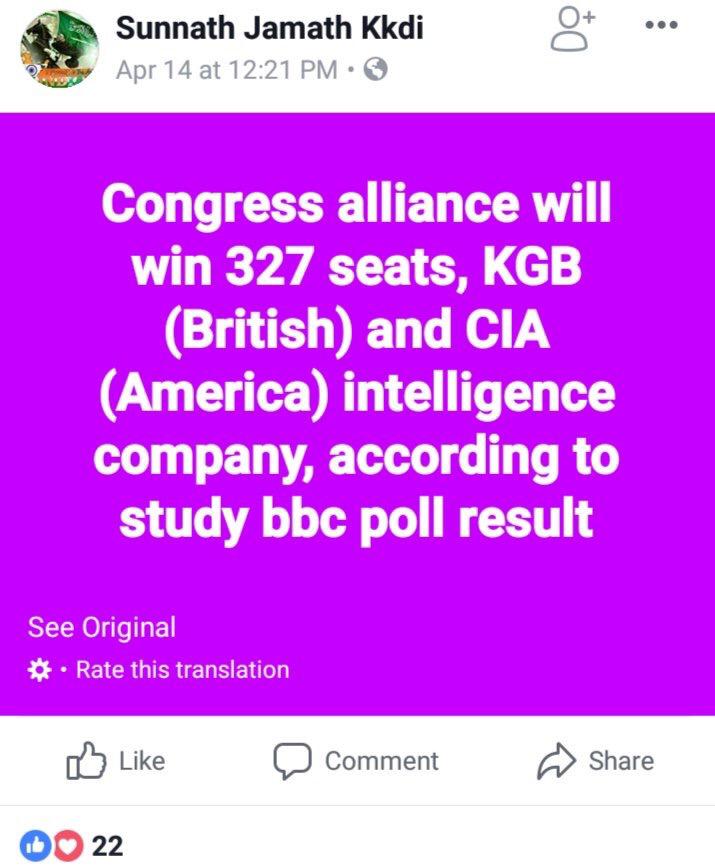 *Prime Minister Narendra Modi is losing his popularity day by day in the country today. Main opposition party President Rahul Gandhi is emerging as the most popular leader amongst people of India, especially after his pre poll announcement of a scheme which will ensure 250 million Indians would get 12000 Indian Rupees approximately equivalent to 150 British Pound per month* 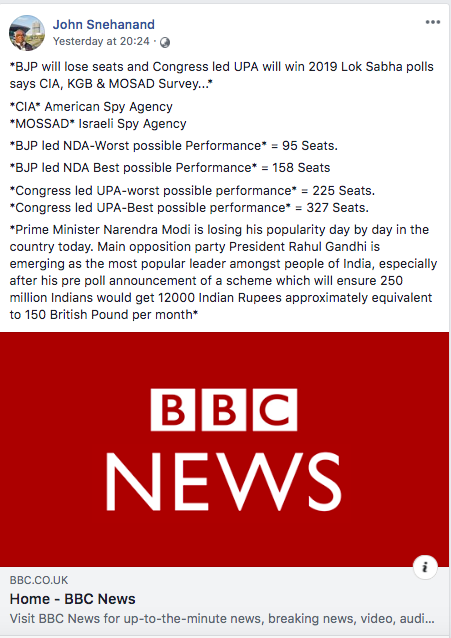 To make it look genuine, the users are sharing the website link of BBC which points to the home page of the website.

We searched for survey result by BBC on Google but couldn't find any. Keyword searches like "CIA, KGB, MOSAD survey" also didn't give any result.

In readers’ interest, BBC Hindi Editor Mukesh Sharma busted all claims and myths of having done any survey. He writes in a Facebook post (translated from Hindu): 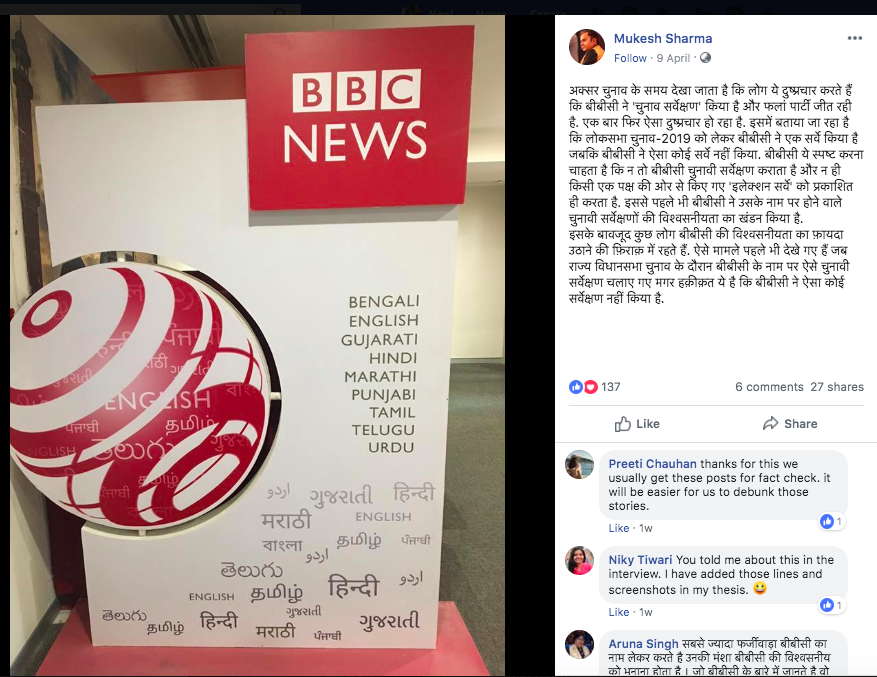 His clarification had come after several posts on social media claimed that BBC survey has predicted landslide victory of BJP in the 2019 Loksabha election. Message predicted BJP victory was going viral on Whatsapp as well. The viral message reads:

Conclusion: This is a fake pre-poll survey in which BBC's link has been added to make it look genuine. BBC has not conducted any such survey.