Murli Manohar Joshi's letter creates an earthquake within BJP ranks: No, the letter with ANI watermark is fake 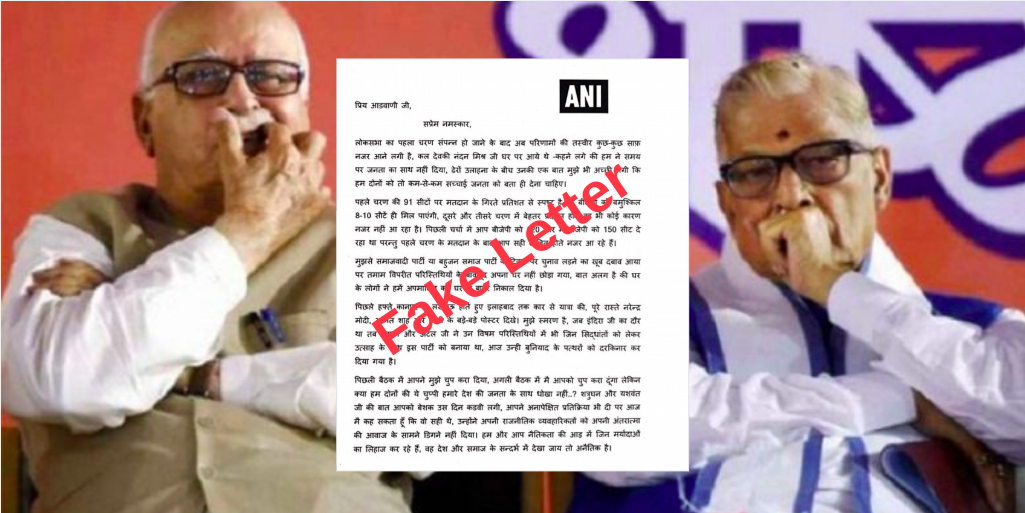 The letter of Murali Manohar Joshi to L.K Advani with the watermark of ANI is fake. As per ANI, no such letter exists.

A parody Twitter handle @liar_modi tweeted a letter written by BJP leader Murali Manohar Joshi to L.K Advani criticising the state of the BJP under Prime Minister Narendra Modi. The letter has the watermark of ANI which gives the impression that the letter was released by ANI. 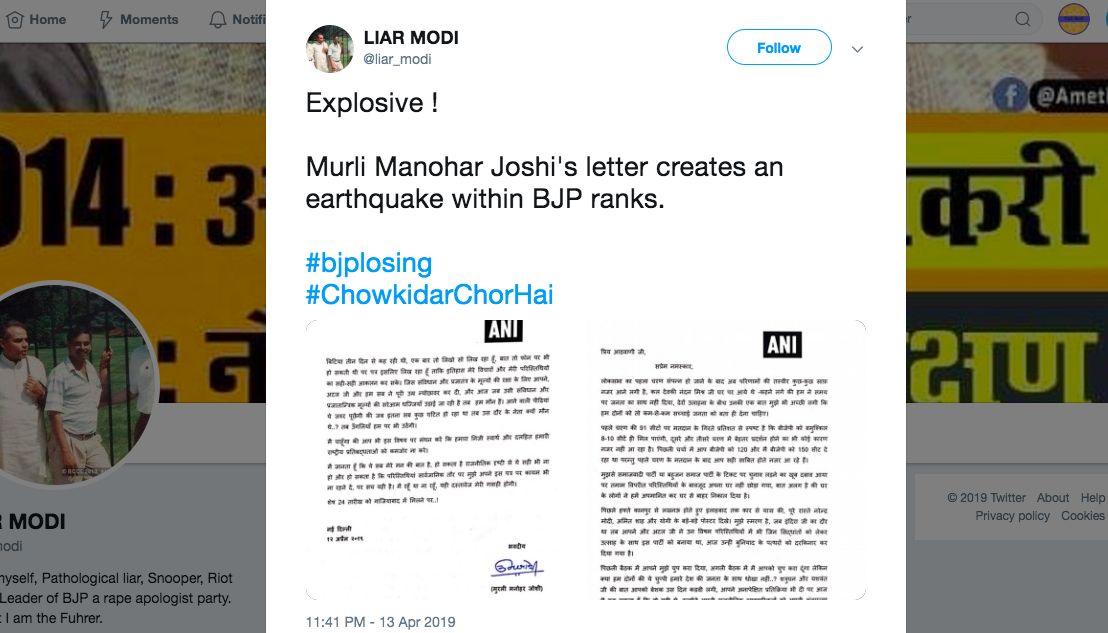 As per the alleged letter, Murali Manohar Joshi says that after the first phase of Loksabha election, it is clear that BJP will not get more than 120 seats. The letter has criticised PM Modi, Amit Shah, and Yogi Adityanath and claimed that senior leaders like him and L.K Advani have been ousted from the BJP and have justified Yashwant Sinha and Shatrughan Sinha's decisions to leave the party.

You can read the alleged letter here: 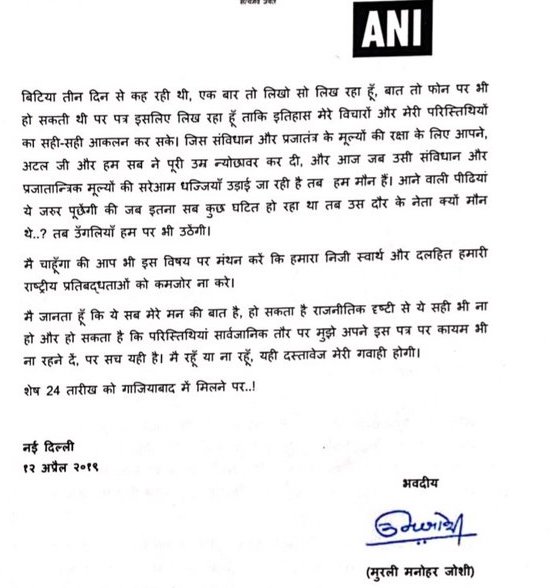 ANI has tweeted that no such letter of Murali Manohar Joshi exists.

Statement: Screenshots of BJP MP Murli Manohar Joshi statement on his letter head is circulating on WhatsApp and Twitter with an ANI watermark. No such letter exists. This is fake.

Since the ANI has claimed that they have not released the letter and in fact, it doesn't even exist, it should be considered as fake. If it would have been real, there was no need to put ANI watermark to make it look genuine.

The two senior leaders are not fighting the 2019 Loksabha election. As per reports, they were asked not to contest the election. BJP president Amit Shah will be fighting from Gandhi Nagar constituency which was earlier represented by L.K Advani for many years while Joshi was replaced by Satyadev Pachauri in Kanpur.