The under-construction building of Mohalla Clinic in Karol Bagh was demolished by North MCD because it was being illegally constructed without any NOC. 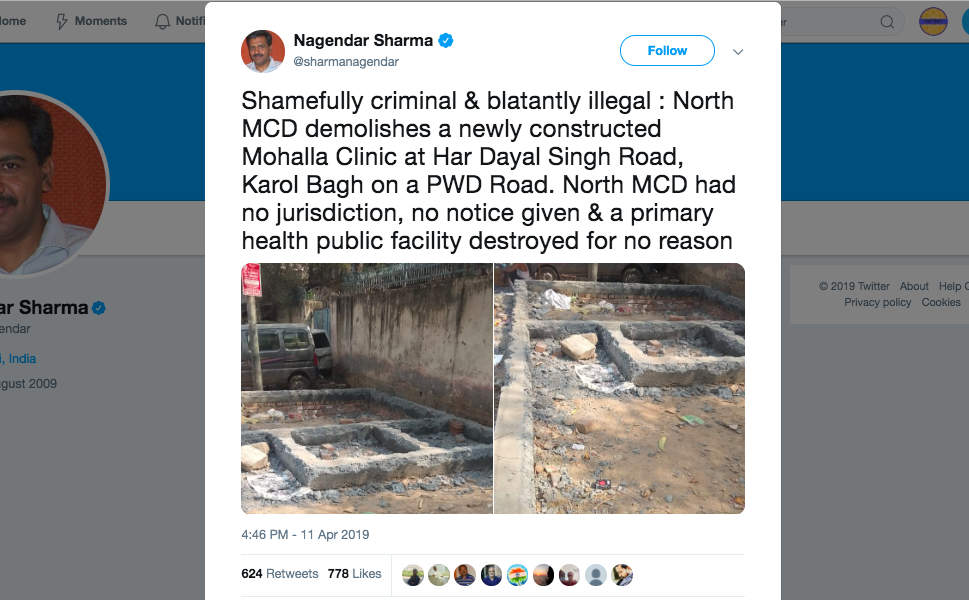 Arvind Kejriwal retweeted his tweet with a caption "People shud remember this when they go out to vote in Delhi. Del govt constructed this mohalla clinic. BJP led MCD demolished it today".

The story was carried out by PTI and was published on several news portals like Business Standard, Zee News, The Tribune, Times Now.

Nagendra Sharma and Arvind Kejriwal have falsely claimed that the newly constructed Mohalla clinic was demolished by NMCD. In the pictures shared by AAP leaders, it is clearly visible that there is no flooring at the site location which suggests that it was an under-construction building.

This is also confirmed when we read the official complaint filed by the Delhi government official in the Karol Bagh police station. In the complaint, they have clearly written that construction work for Mohalla clinic was going on when MCD demolished the structure.

Hence, to say that MCD demolished the newly constructed Mohalla clinic will be wrong. 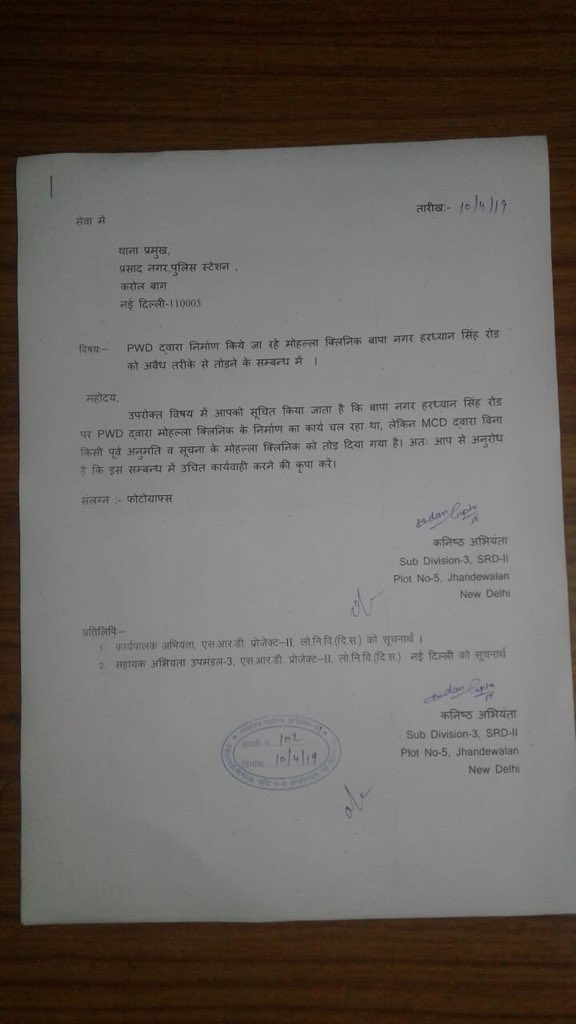 North Delhi Mayor Adesh Gupta claimed the action was taken as the clinic at Har Dayal Singh Road in Karol Bagh area was being set-up "without any NOC (no-objection certificate)". He also blamed the AAP government of not following the protocol and claimed that once the government had even tried to set up a mohalla clinic in my ward in a park.

Mohalla Clinic is a flagship project of the AAP government under which around 1,000 mohalla clinics are planned to be established in Delhi. Nearly 200 such facilities have already been built.

A mohalla clinic is a neighbourhood facility for providing free primary healthcare to the city's residents closer home. A typical mohalla clinic has a doctor, a midwife-cum-nurse, and an array of diagnostic services and essential medicines are provided free of cost to patients there.