Foreign editor at Hindustan Times, Rezaul Hasan Laskar ‏tweeted that France's Dassault Aviation has handed over the first Rafale combat jet to Qatar. However, the first lot of pilots trained for Qatar in France are "Pakistani exchange officers". He has cited a report by ainonline.com.

He then went on to write that Pakistani fighter pilots will be operating Rafale jets before their Indian counterparts. 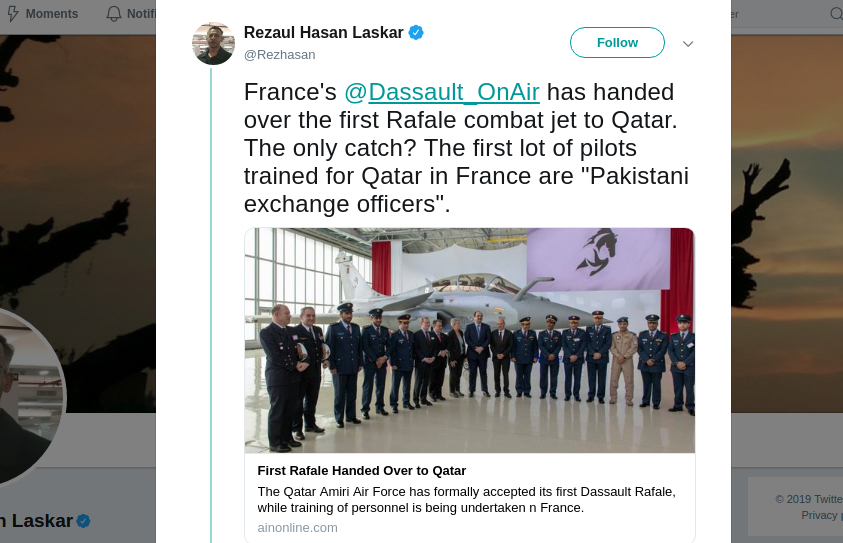 Sushant Singh, the deputy editor of Indian Express tweeted a report by youm7.com which claims that Qatar had sent two Pakistan Air Force pilots to train on Rafale. 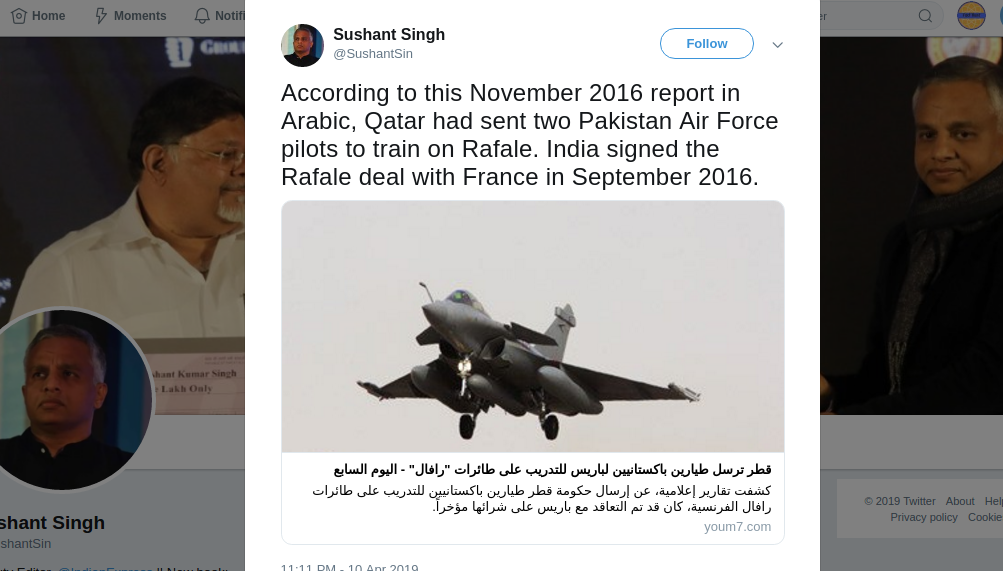 No mention of Pakistani Pilots in ainonline.com's report

The  ainonline.com's report shared by Rezaul Hasan Laskar has not mentioned anything about Pakistani Pilots being trained in France. Instead, the report clearly states that Qatari Deputy PM and Amiri Air Force commander flew on board an Armée de l’Air Airbus A330 MRTT to watch Qatari Rafale pilots practicing air-to-air refueling.

Many media houses like The Quint and Indian Express have reported that the ainonline.com report says “the first batch of pilots trained for Qatar in November 2017 were Pakistani exchange officers”. However, we couldn't find anything like that in the report.

Some have attributed the above claim to the following line in the report: “Escadron de Chasse 04.030 was established at Mont-de-Marsan as the Qatar Rafale Squadron on 1 Oct 2017". However, we at Fact Hunt aren't sure about it.

“I can confirm that it is fake news,” Ziegler tweeted in response to a journalist who tagged him in a Twitter thread.

French diplomatic sources have also confirmed to news agency PTI that no Pakistani pilots ever trained on Rafale jets in France.

Vishnu Som has pointed out on Twitter that ainonline.com have dropped the line on Pak pilots being trained on the Rafale. 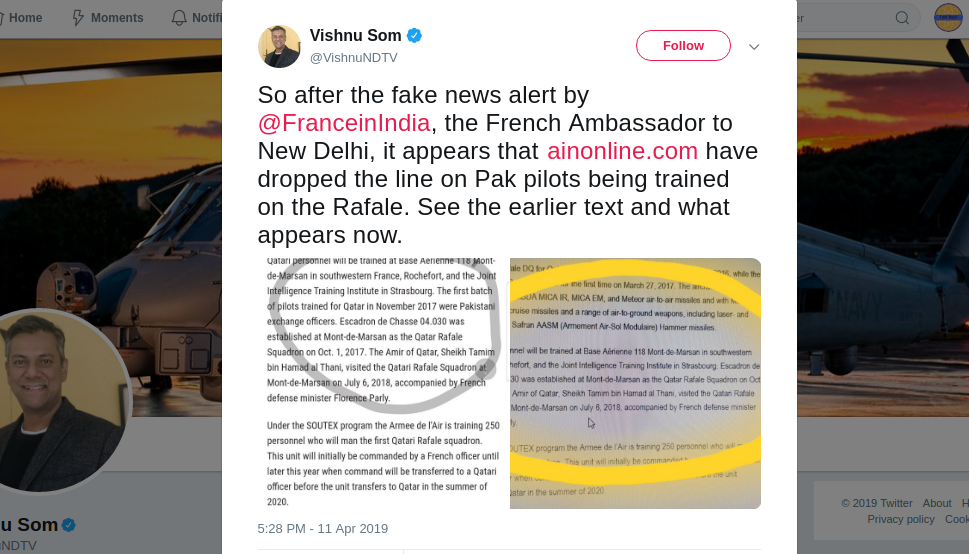 In 2015, Qatar agreed to buy 24 Rafale fighter jets from Dassault Aviation in a 6.3-billion-euro deal. It ordered 12 additional fighter jets in 2017. The first Rafale jet was handed over to Qatar at a ceremony in February.

The procurement of Rafale jets by the Modi government from France has created political mud-fest in India. The Congress has been alleging massive irregularities in the deal while the government has strongly rejected the charges.

We have debunked several misleading claims about Rafale deal in the past. You can read those posts before forming an opinion about this deal.

Part 1: All you need to know about Rafale Deal - Separating facts from rumors about the deal

Did Defence Ministry protest against PMO undermining Rafale negotiations: No, The Hindu published a cropped letter