SSP Noida has denied the involvement of any political party in Namo Food packets. Food was procured from a local Namo Food shop and there was no official order to procure food from any particular food outlet.

A Twitter user Kirandeep tweeted a video to show NaMo food packets being taken inside a polling booth by Noida Police. She claimed that this food was taken inside 15 A booth of Noida in Gautam Budh Nagar constituency. 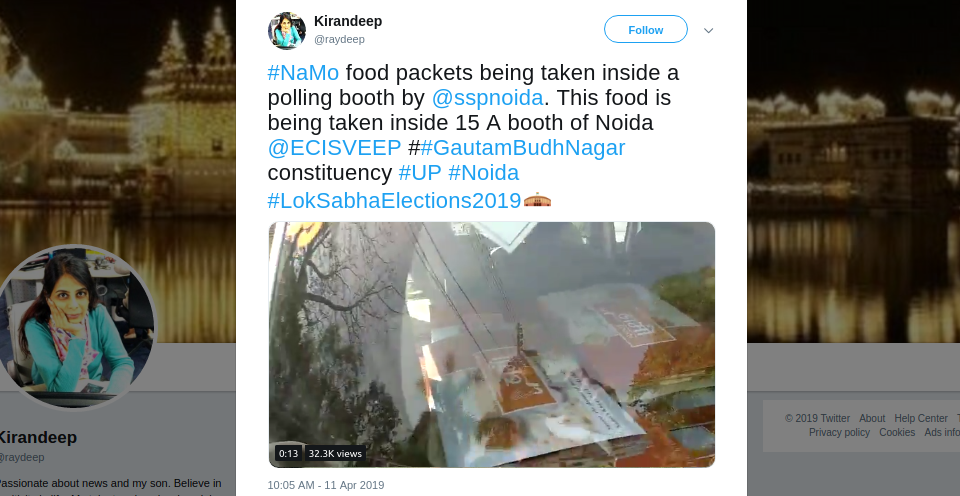 You can watch the video shared by her here:

The video was also soon shared by The Wire's journalist Rohini Singh who asked Noida Police if they have the food packet was being served on behalf of any certain political party (our interpretation). Her tweet reads "Dear @sspnoida. When did you start food delivery service on behalf of a political party? @IPS_Association".

The group editor of TV 9 Bharatvarsh, Vinod Kapri also tweeted to ask who is sending Namo Food packets on the election morning. Vinod Kapri has been caught tweeting misleading claims on several occasions in the past. In Dec last year, he floated a fake conspiracy theory about Bulandshahr violence which was debunked by us. In Jan, he shared a picture of Pandit Nehru immersing his mother's ashes in Allahabad to claim that he was taking the dip in Kumbh.

The video shared by him shows that the BJP candidate has been accused of sending food packets. 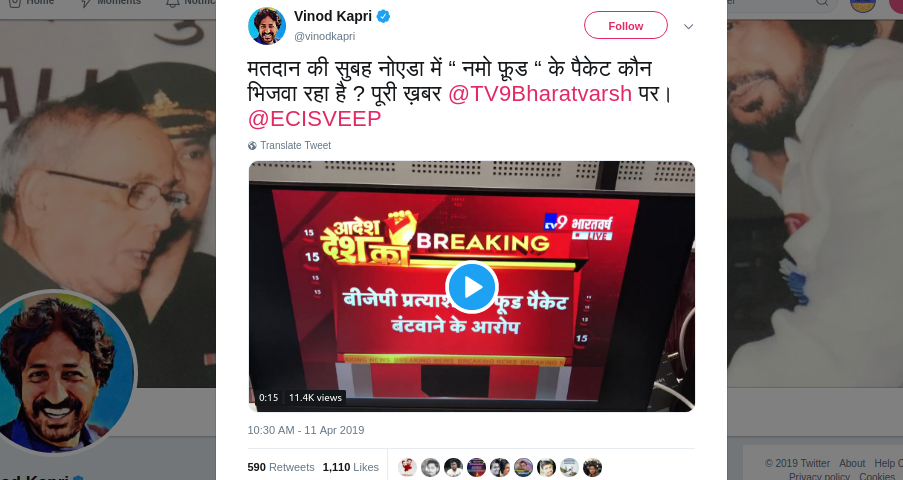 Journalist Saahil Murli Menghani tweeted that the food packets meant for officials deployed at a polling booth in Noida had 'NAMO' written over the boxes. He said he spoke to the DM who said, "not a big issue. Will officials have food or not? Possibly the shop's name is written. No other intention should be read into it".

The official Twitter handle of SSP Noida appealed to the public not to trust the rumours and issued a message:

There is some misinformation being spread that some Policemen have been distributed food from a Political party. This is absolutely wrong. At the local level, some food packets were procured from Namo Food shop and not from any political Party. Some people are spreading wrong and politically motivated rumours. And there is no official order to procure food from any particular food outlet.

We were able to locate Namo Food corner in Gautam Budh Nagar on Google Maps which substantiate the claim made by the police. 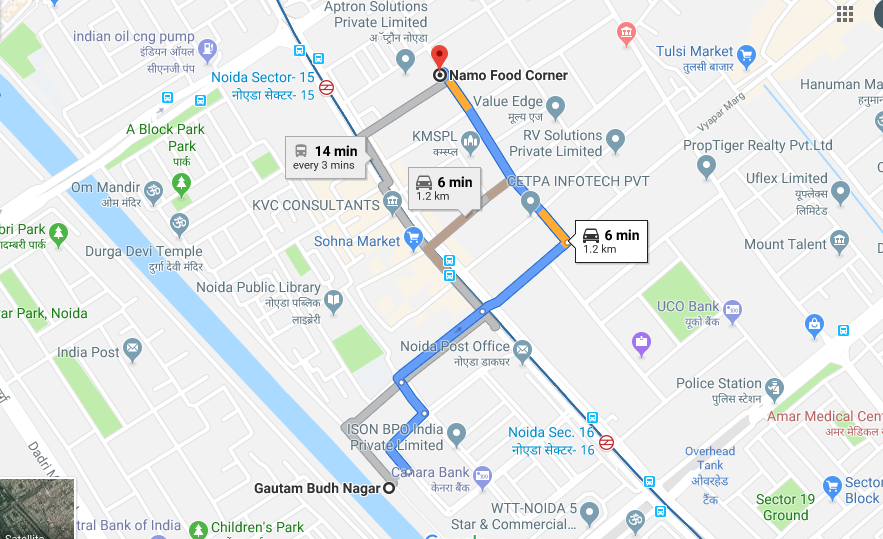 As per the latest development, Saahil Murli Menghani has tweeted that UP CEO L Venkateshwarlu has sought a report from GAUTAMBUDH NAGAR DM over the NaMo food packets. He also claimed that the administration has requested him to downplay the story which he refused.