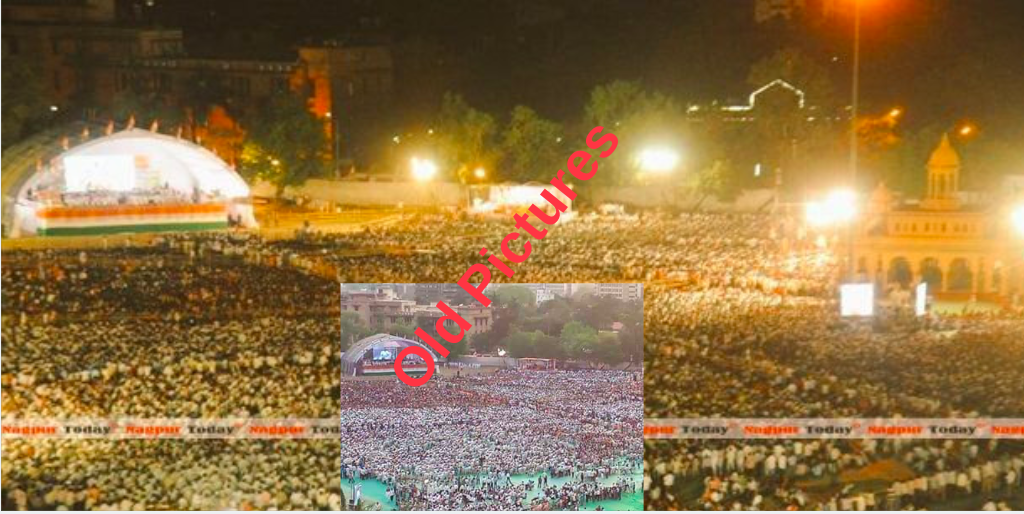 The official twitter handle of Youth Congress and Congress' media spokesperson tweeted an old image from 2016 to show a huge crowd at Rahul Gandhi's rally in Nagpur.

On April 5, Rahul Gandhi addressed a public meet in Nagpur today where he said that unlike PM Modi he did not believe in lying and that he was in politics for the long haul. Ironically, Congress leaders and its supporters were caught passing old pictures as recent to show a huge crowd in his rally.

The official Twitter handle of Youth Congress tweeted a set of images to show a huge turnout of supporters in Rahul Gandhi's rally in Nagpur. The caption of the tweet reads:

Shri Rahul Gandhi- India's chosen one. The enormous wave of love and support for Congress President Shri @RahulGandhi from every corner of India is testament that India rejects Modi's hate politics and embraces Rahul ji's ideology of love, unity and progress. Today in Nagpur. 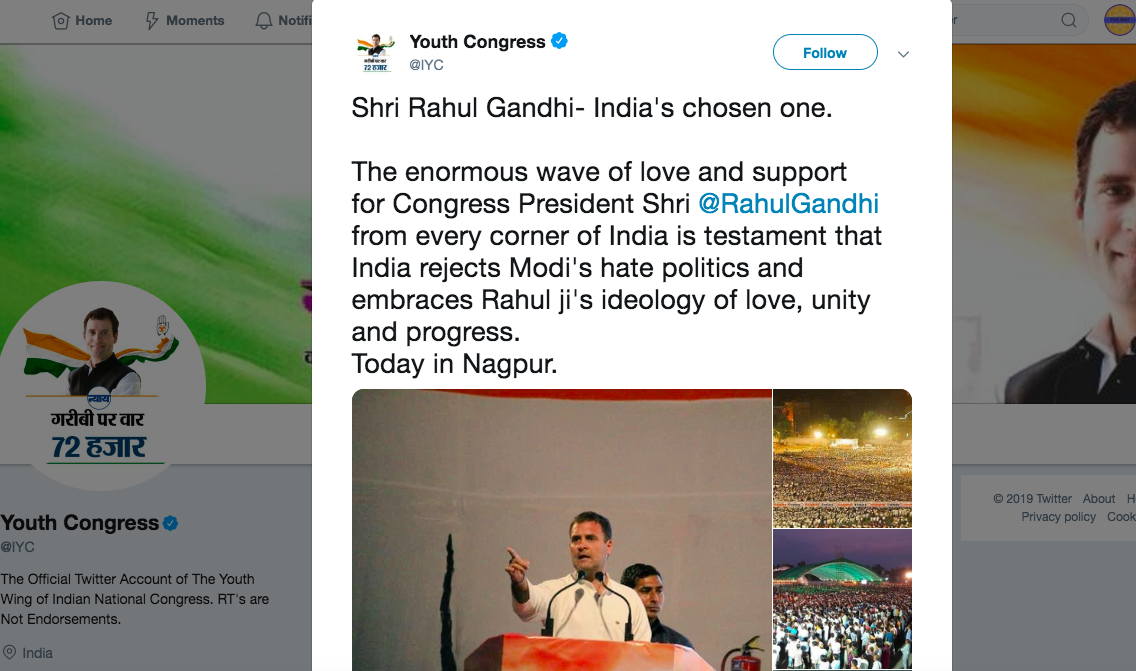 The same set of images were tweeted by media spokesperson of Congress Vinayak Dalmia with a caption:

Turnout for all to see during the rally of @RahulGandhi Ji in Nagpur. Sharing images from yesterday! 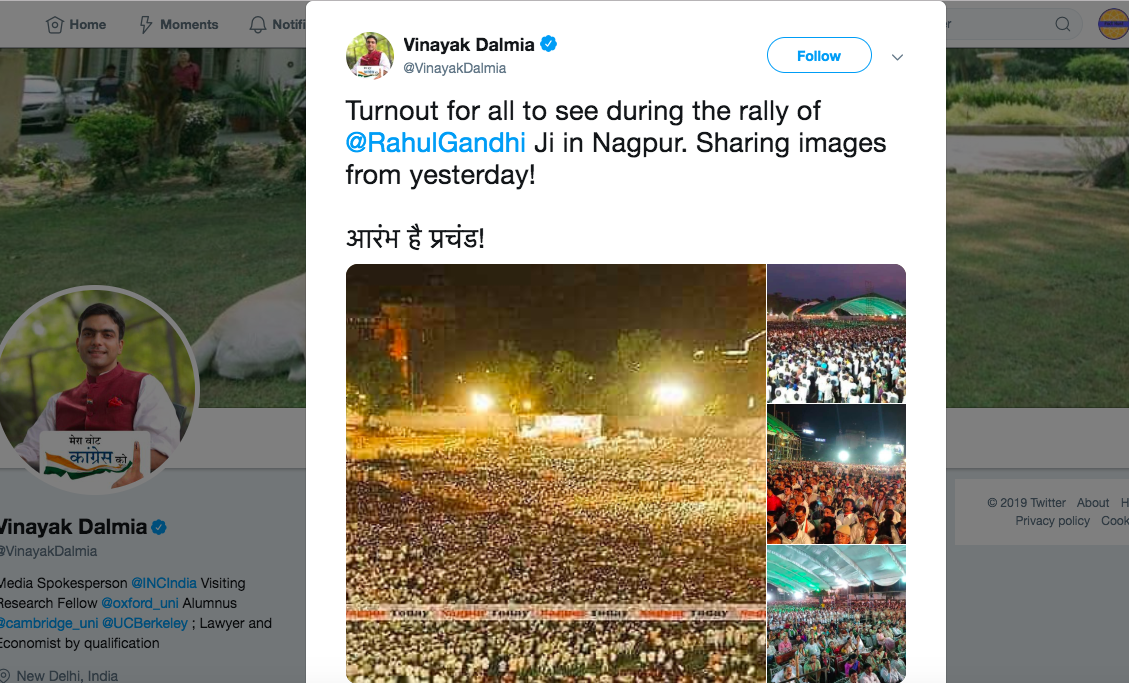 Another Congress supporter Rupa Subramanya was quick to retweet Vinayak Dalmia's tweet to claim that huge turnout like this shows how popular Rahul Gandhi is in BJP heartland.

A simple reverse image search shows that two of the pictures tweeted by Congress are not from the recent rally of Rahul Gandhi's rally in Nagpur. The same pictures were tweeted by Gaurav Pandhi in 2016 as well. You can see the archived version of his old tweet here.

Here is a comparison which clearly shows that the two images are the same. The image is reportedly from a Nagpur rally held in 2016 by Rahul Gandhi and Sonia Gandhi.

In his Nagpur rally, he threatened to jail Prime Minister Modi if Congress comes to power as reported by Indian Express. Taking a dig at PM Modi, he said: Modi has grown old and is in a hurry. So he is telling lies. However, Rahul Gandhi has been caught lying on several occasions in the past.

Earlier, Rahul Gandhi had falsely accused PM Modi of lying about no rifles being produced by the Ordnance Factory in Amethi. His lies were debunked comprehensively by us which you can read here.

Back in January this year he had falsely claimed that CBI director was sacked because he was going to investigate Rafale deal and airforce was bypassed in the deal.

In Feb, Rahul Gandhi had lied when he said that PM stole Rs 30,000 crores from IAF and gave it to Anil Ambani. His false claim was debunked by us here.