Law student harassed on college trip because of her Muslim identity: HOD denied the whole incident 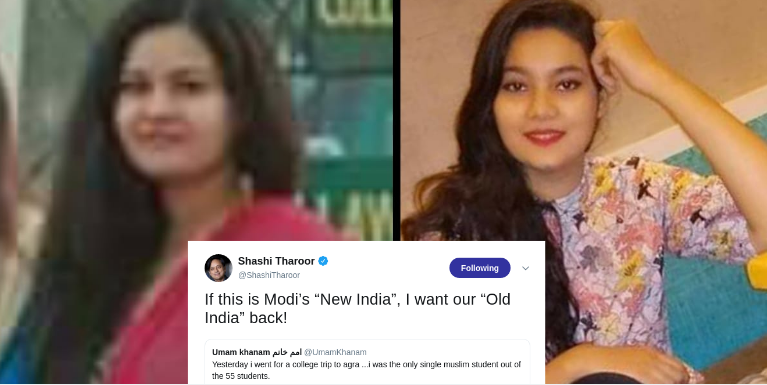 A law student from Dewan law college had accused her Hindu classmates of harassing her because of her religion during a college trip.

However, H.O.D, Ambuj Sharma denied the whole incident while talking to Dushyant Dubey and Madhur Singh.

A law student from Dewan law college, Umam Khanam, tweeted to accuse her fellow Hindu students and members of her faculty of harassing her on a college trip.

She alleged that some students were under the influence of alcohol who bought some BJP caps and forced her to wear. On refusing they misbehaved with her. She claimed that they even pulled her hand and were forcing her to dance with them. When she refused they started saying indecent words to her. She then claimed that they targetted her because of her Muslim identity because these drunkards didn't do anything to Hindu girls. Her tweet reads:

Yesterday i went for a college trip to agra ...i was the only single muslim student out of the 55 students. We had 4 faculty members out of which 2 were male members ...the students got drunk that they started doing shitty things and they made me their target,

They bought some stuff like caps of bjp etc etc and they were forcing me to wear that when i refused them they started Misbehaving with me...they tried to touch me in an indecent manner and all that was happening in a bus with 2 male Teachers who were ignoring all such

Stuff they were doing with me. They started to pull my hand and where forcing me to dance with them when i refused they started Commenting Indecent things to me and started playing songs like "Jiski biwi lambi uska bhi bdha naam h use kothe pr bitha do"(All thanks to bollywood)

They ruined my whole bus journey and they were some of my friends who came into my support so the Drunkards assholes started Misbehaving with them also.. they a targeted me and they tried to Threaten me because i rejected to wear those bjp stuff and dance with them and

in the end i was the only "MUSLIM GIRL" . They didn't do this with any other girls even the girls were supporting them and ejoying it. Wallahi they tried to scare me but allahmdulillah i feel am more strong and this is what bjp has done to us ....

So much of hatred for muslims out there...and now it has reach to such extent that students are harassing and molesting others. RT so it can reach out to every single person out there . Thank you Proud muslim.

She then tagged Arfa Khanum Sherwani, Shehla Rashid, @GabbbarSingh and PM Modi. Now, this is a serious issue because she claimed that all this happened in front of two male teachers but they ignored it. She then went on to blame BJP and claimed that this happened to her because of hatred for Muslims.

Flaw in her story

She has written that she was the only Muslim girl on the trip. And while all this was happening, some of her friends came to support her but these drunkards misbehaved with them as well. But in the next tweet, she has mentioned that these drunkards didn't do this with any other girls and even other girls were supporting them and enjoying it. Now if her female friends came for her help, then her second statement is false (that drunkards didn't misbehave with other girls) and if her male friends came for help then it is not clear whether those male friends were Hindus or Muslims. If some of her friends were Hindus then how can she blame all the Hindus for this incident? Perhaps she needs to answer it.

We have contacted her and will update her response if we get any.

HOD of her department denied it

Dushyant Dubey, co-host of the Chai with Red Pills podcast along with comedian Ahmed Shariff, contacted the H.O.D, Ambuj Sharma on the phone and Sharma claimed nothing like this happened on the trip and if she is claiming so then it is wrong.

Another twitter user @ThePlacardGuy (Madhur Singh) contacted the H.O.D and Mr Sharma again denied the whole incident while talking to him.

We contacted Dushyant Dubey and he provided us with all the evidence and call recordings. Another professor Neeraj Kumar had uploaded a group picture of the trip on 2nd April in which Umam Khanam is standing in the far right while H.O.D, Ambuj Sharma on far left. You can see the picture on Facebook here.

We compared the picture with an existing picture of Umam Khanam which proves that the girl in far most right is indeed Umam. 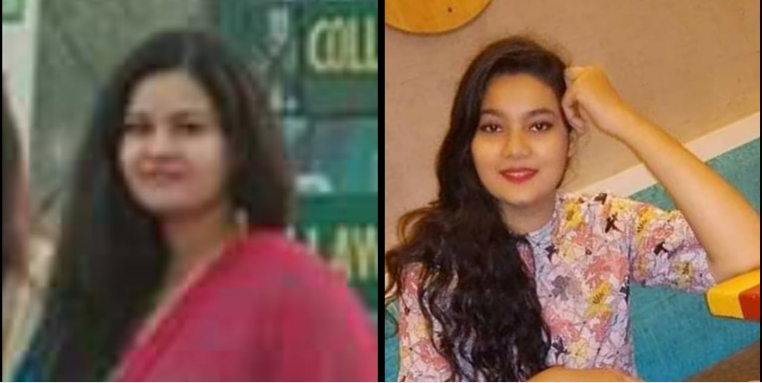 We were able to find the Facebook profile of Ambuj Sharma and his bio says he was HOD-LAw at Dewan v.s group of institutions.

We were able to independently verify all the evidence provided to us by Dushyant Dubey which points us that the story shared by Umam Khanam looks fabricated to either gain sympathy or create a narrative just before the Lok Sabha election or maybe it is just a social media stunt to gain followers. Her trick seems to be working as Congress MP Shashi Tharoor has retweeted her tweet to target PM Modi.

Right now there is no proof to suggest that the incident happened or not and if it happened then how far her story is true. So, it is unfortunate that an influential leader like Shashi Tharoor endorses it without verifying.

Dushyant Dubey has made a video as well in which you can hear the call recordings of his conversation with HOD Ambuj Sharma. You can watch his video here:

Conclusion: Right now, we are not in a position to give any conclusion to this incident. We have simply presented both sides of the story and have informed Meerut police about it.

We will update the article once we get any information from the Meerut Police.