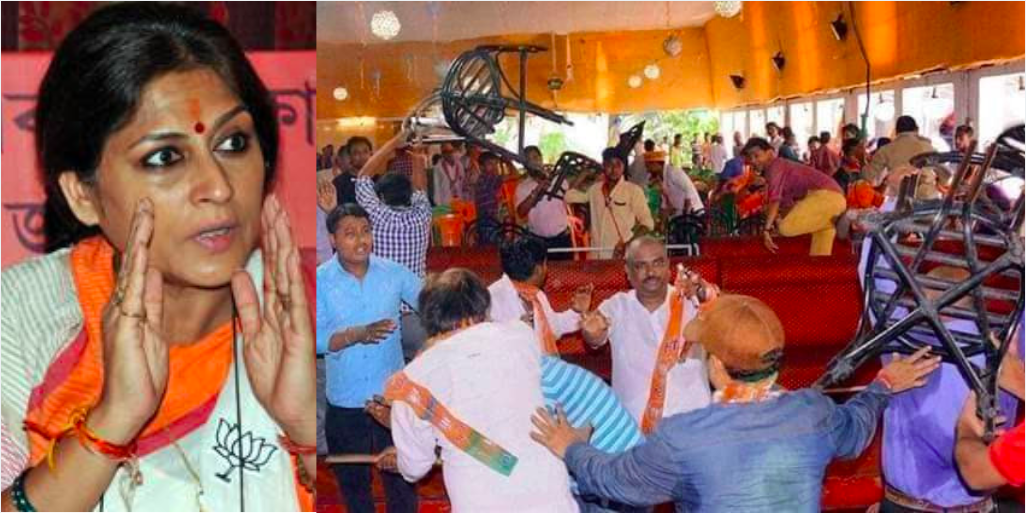 The images shared by Congress IT Cell guy and Alka Lambha are 3 years old and was taken during a faction fight which happened just before West Bengal Legislative Assembly election in 2016.

On 31st March, the state secretary of Congress IT Cell of Madhya Pradesh Deepanshu Yadav tweeted a couple of images to claim that BJP workers fought with each other in Barrackpore, West Bengal. He took a sarcastic dig at BJP by tweeting "BJP workers producing development in Barrackpore, Kolkata". 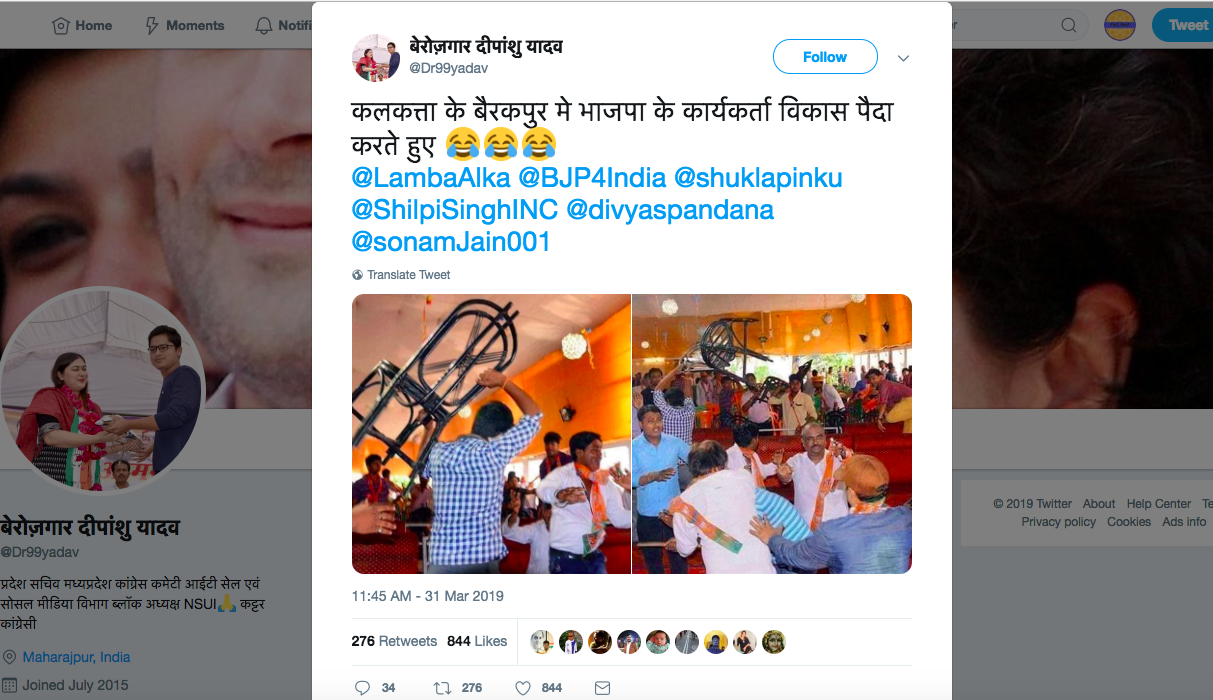 MLA from Chandani Chowk in Delhi's assembly, Alka Lamba retweeted the images with a caption "Bahut Hui Kursi Ki maar..Ab Ki Baar..?". With her caption, she was mocking the pet slogan of BJP workers in 2014 "Abki Baar Modi Sarkar". 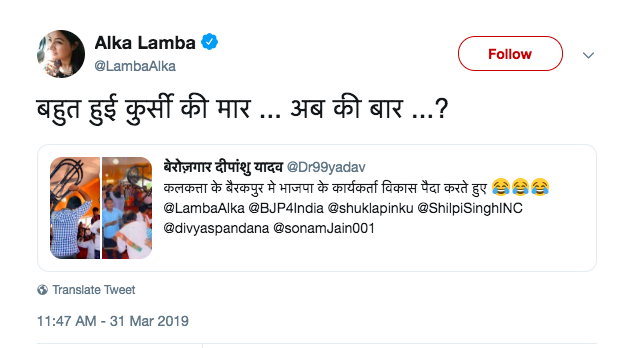 As per a report dated 4th April 2016 by Times of India, chaos was triggered when Roopa Ganguly, BJP's candidate from Howrah (North) and party’s joint general secretary (organization) Shiv Prakash attended a meeting and few uninvited leaders tried to “gate-crash” into the meeting. .

According to the report, "Bibek Sonkar, who claims to be the party’s national Scheduled Caste Morcha member, and his aide Bharat Bhusan Ozha tried to forcibly enter the meeting venue. Sonkar, who was reportedly expelled by the party, claimed that there was no formal invite for anyone. The other — and the more formidable faction — is led by the local BJP leader Umesh Rai, who is the party’s Yuva Morcha vice-president. Rai was the primary contender for the party’s North Howrah ticket until it was given to Roopa. The party leadership, however, reached out to him prompting Rai to shrug off his misgivings and throw his weight behind Roopa"

Rai’s aide and North Howrah BJP president Binay Agarwal was the primary organizer of the meeting. It was Rai, Agarwal and their supporters who resisted the alleged attempts by Sonkar and his supporters to spoil the meeting. The altercation turned into an ugly free-for-all, with plastic chairs being hurled and rival supporters assaulting each other. 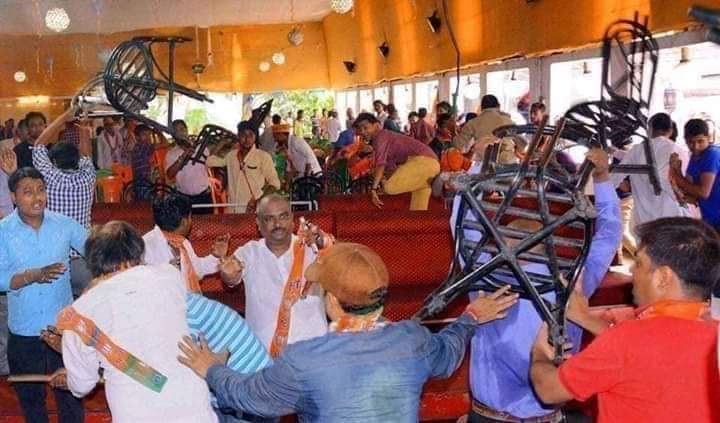 The images shared by Deepanshu Yadav and Alka Lambha are 3 years old and was taken during this clash which happened just before West Bengal Legislative Assembly election in 2016.

However, another website millenniumpost.in has given a conflicting report about the incident. "As per the direction of the State BJP President Dilip Ghosh, it is informed to all concerned that Umesh Rai, Vice President of the West Bengal Bharatiya Janata Yuva Morcha (BJYM). Vinay Agarwal, President of Howrah North Mandal and Vishal Jaiswal BJYM President of Howrah North Mandal are removed from the party for six years for violating discipline of the party." According to this report, it was Rai who started the agitation as he felt that he was not getting much importance and most work of the party in the area for the election is being handled by his rival faction.

Umesh Rai was BJP's candidate from Howrah North in West Bengal Assembly election in 2016. On the other hand, Vivek Sonkar is still actively involved in BJP and he is the National Vice President Bhartiya Janata Party Scheduled Caste Morcha & Central Observer of Bihar and Kashi kshetra (UP). As per his Twitter bio, he is from Howrah.