An old photo of an excavator demolishing the structure of the mosque from Ahmedabad, Gujarat is now falsely shared as the image of a mosque demolition in Uttar Pradesh.

A picture of an excavator demolishing the structure of the mosque is widely shared on social media with a claim that the image shows a mosque that was recently destroyed in Uttar Pradesh. 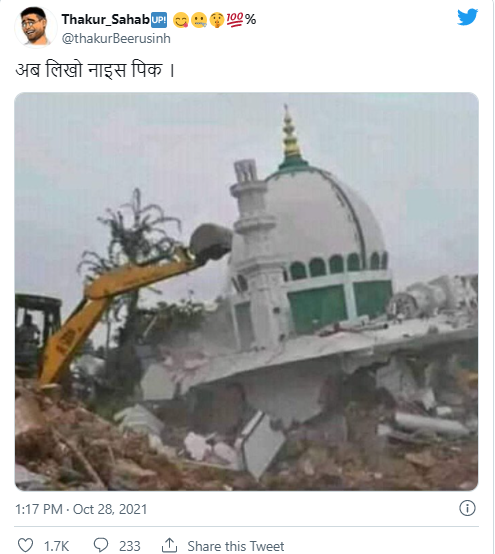 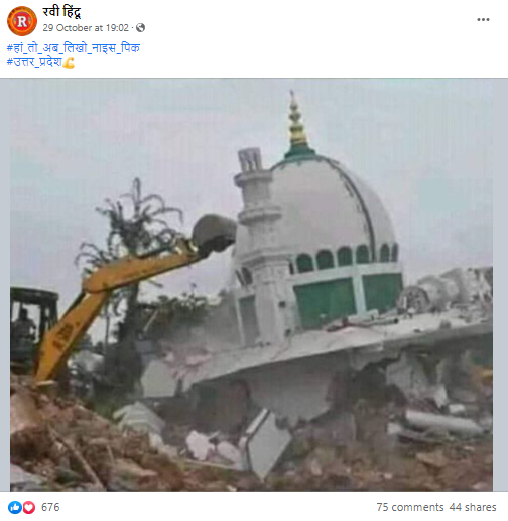 In our investigation, we found that the viral claim is misleading. This incident took place in August 2014 where Ahmedabad Municipal Corporation(AMC) officials demolished an illegal religious construction at the Juhapura area in Ahmedabad, Gujarat.

After doing a reverse image search on Google, we found the photo on a tweet uploaded on August 7, 2014. The tweet carried four sets of pictures of the demolition of the mosque with a caption, "Ahmedabad: illegally built Mosque demolished in extended Juhapura Ahmedabad by AMC".  This user credited the photos to the ‘Desh Gujarat’ news channel. 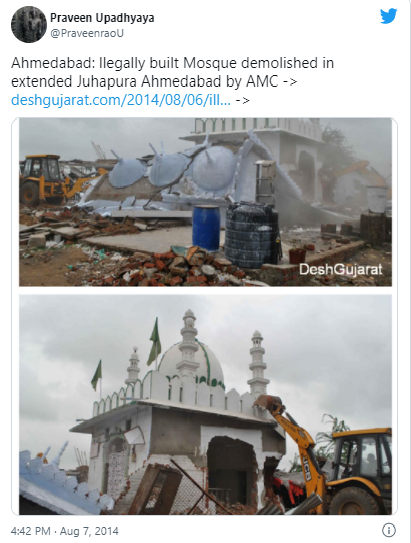 The article was published on 6 August 2014 and titled, "Illegally built religious structure demolished in extended Juhapura(pictures)". According to the article, the Ahmedabad Municipal Corporation (AMC) observed that several illegal structures including warehouses, ice factories, and one religious construction were built over AMC's land reserved for waste disposal plants. As part of this program, AMC officials reportedly demolished an illegal mosque constructed in the Juhapura area in Ahmedabad.

The article also stated that the AMC teams arrived at Vishala-Narol road in Ahmedabad, Gujarat on August 6, 2014 morning with the police force and demolished the mosque including other illegal constructions without any major protest. 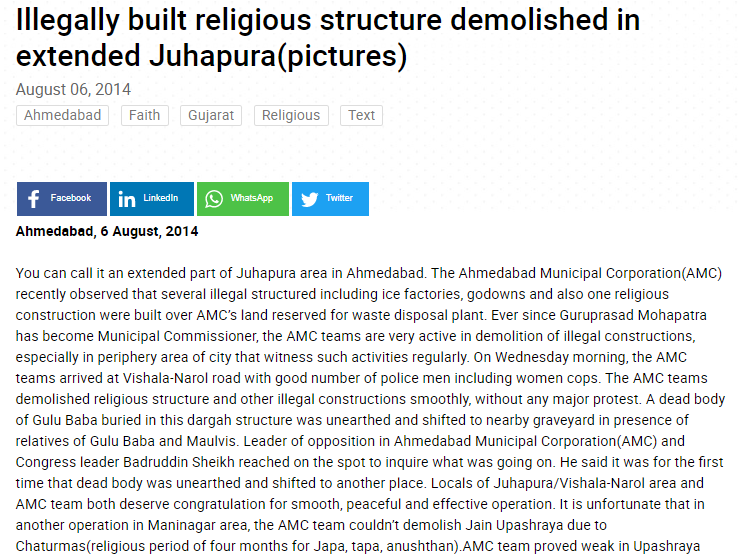 In conclusion, an old photo from Ahmedabad, Gujarat is now falsely shared as the image of a mosque demolition in Uttar Pradesh. This incident took place in August 2014 where Ahmedabad Municipal Corporation(AMC) officials demolished an illegal religious construction at the Juhapura area in Ahmedabad, Gujarat. However, we could not independently verify if the image is from Ahmedabad.