A video of alcohol being distributed at a gathering in a village in Ludhiana at Baba Rodu Shah fair was falsely linked to ongoing farmers' protests.

A set of two videos are getting viral on social media with a claim that it shows alcohol being distributed to farmers at the ongoing farmer protests. In the first video, a group of some people can be seen pouring from alcohol bottles into a Blue Drum and the second video shows people distributing liquor to a large crowd.

A Facebook user name Mayank Pride shared a video with the caption "Judge yourself they are really farmers or not.." 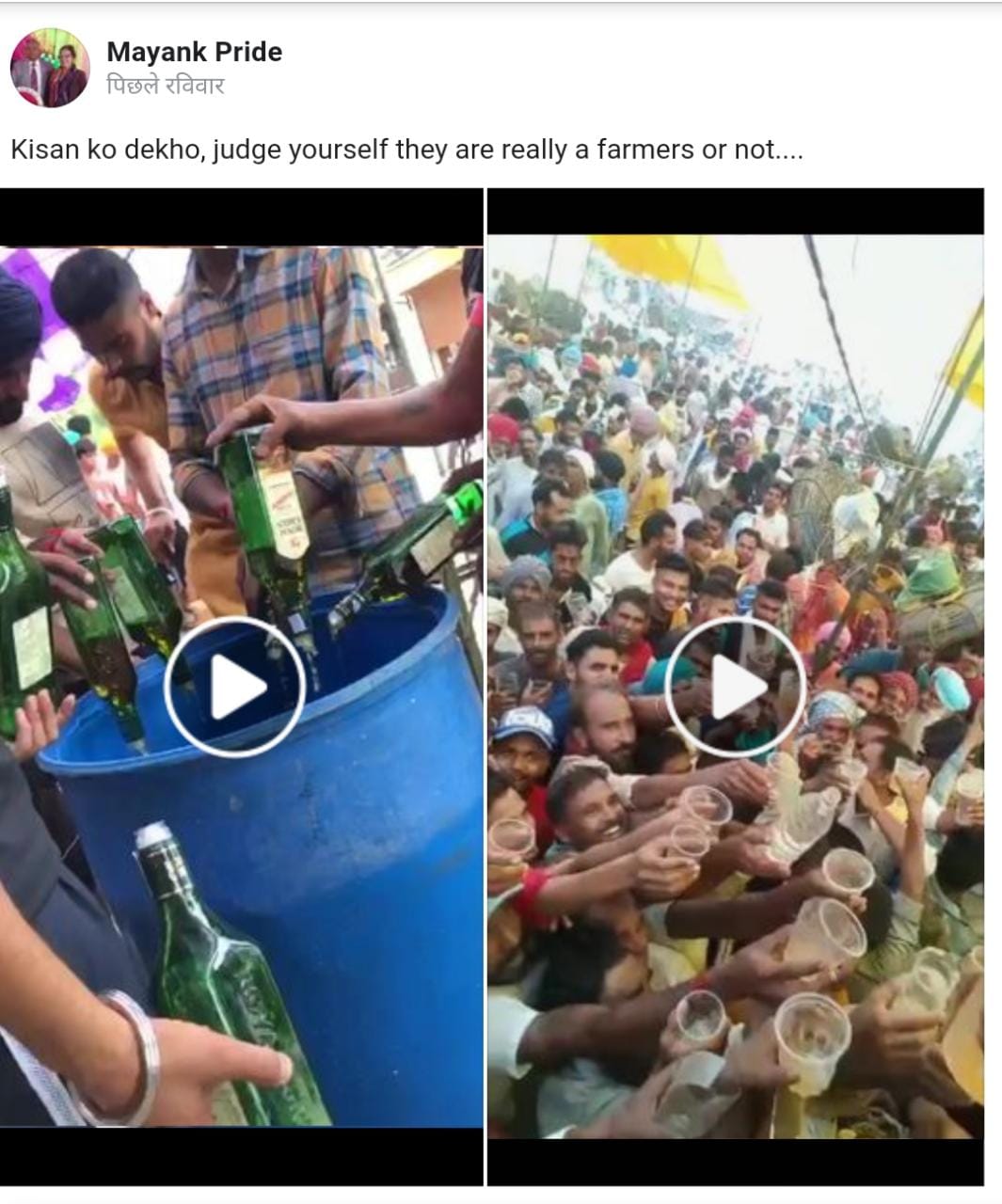 The same video is also widely shared on Twitter with a claim "This is what the "Farmers Protest" is all about. The opposition & Khalistanis are putting in a huge amount of money and distributing alcohol to lure poor farmers and strengthen the protest. I don't know why the Govt is even tolerating this protest!" 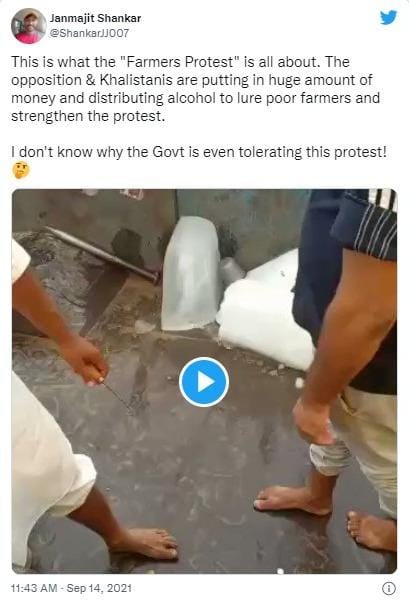 In our investigation, we found that the viral video is misleading. Both the viral videos are from the Baba Rodu Shah fair in Ludhiana district, Punjab, and not from the ongoing farmer protests 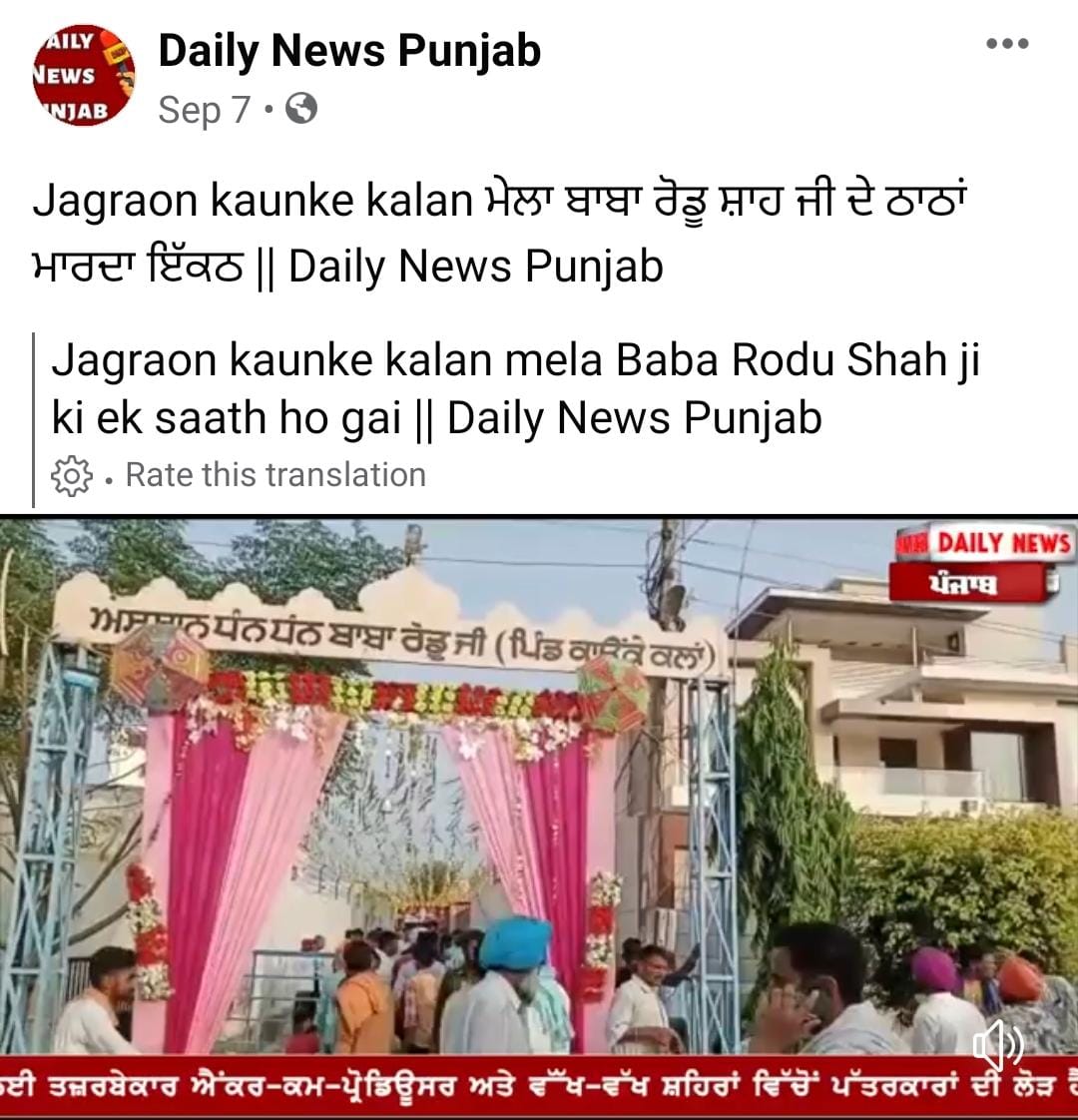 We found a video on Youtube published by a channel name Noor Airline from the Baba Rodu Shah fair, where we can see alcohol being poured from bottles into a blue drum at 2 minutes 38-second timestamp. The caption of the video reads "Mela Baba Rodu Sah Ji village Kaunke Kalan where liquor langar is set up"

Further, we also found a Facebook Live posted on Facebook on 6 September with the caption: "Baba Rodu Ji Mele. In the video, you can see similar visuals seen in the viral video.

We also compared the visuals in the viral video with that of the live feed and the one uploaded by 'Daily News Punjab.' A tent of the same purple-colored is visible in all three videos through which it is clear that the viral video is from the Baba Rodu Shah fair in Ludhiana. 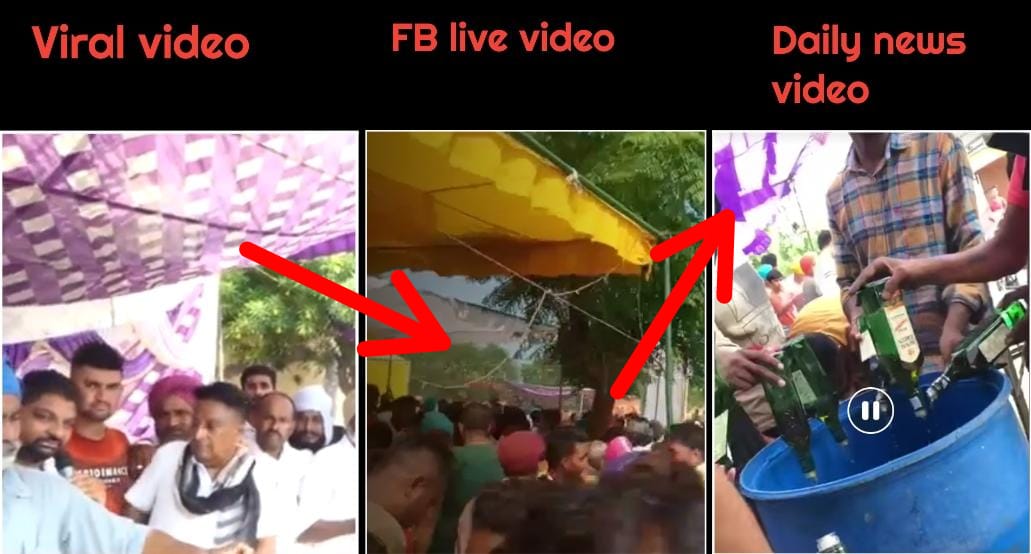 In conclusion, a video of alcohol being distributed at a gathering in a village in Ludhiana at Baba Rodu Shah fair was falsely linked to ongoing farmers' protests.