A 4-year-old video of former Gujarat CM Vijay Rupani removing the red beacon from his car is being falsely linked to his resignation.

On 12 September, Vijay Rupani resigned as Chief Minister of Gujarat in an unexpected turn of events ahead of an Assembly election in Prime Minister Narendra Modi's home state later next year. The first time MLA Bhupendra Rajnikant Patel took oath as the CM.

Amid this, a video of ABP News has started going viral on social media, in which Vijay Rupani can be seen removing the red light from the car. It is being claimed with the video that Vijay Rupani showed a great example of simplicity in democracy as he himself removed the red beacon from his own car after leaving the post of CM.

A Facebook user shared a video with the caption"Former Gujarat Chief Minister Vijay Rupani Ji himself removed the red beacon from his car. Such scenes make democracy great." 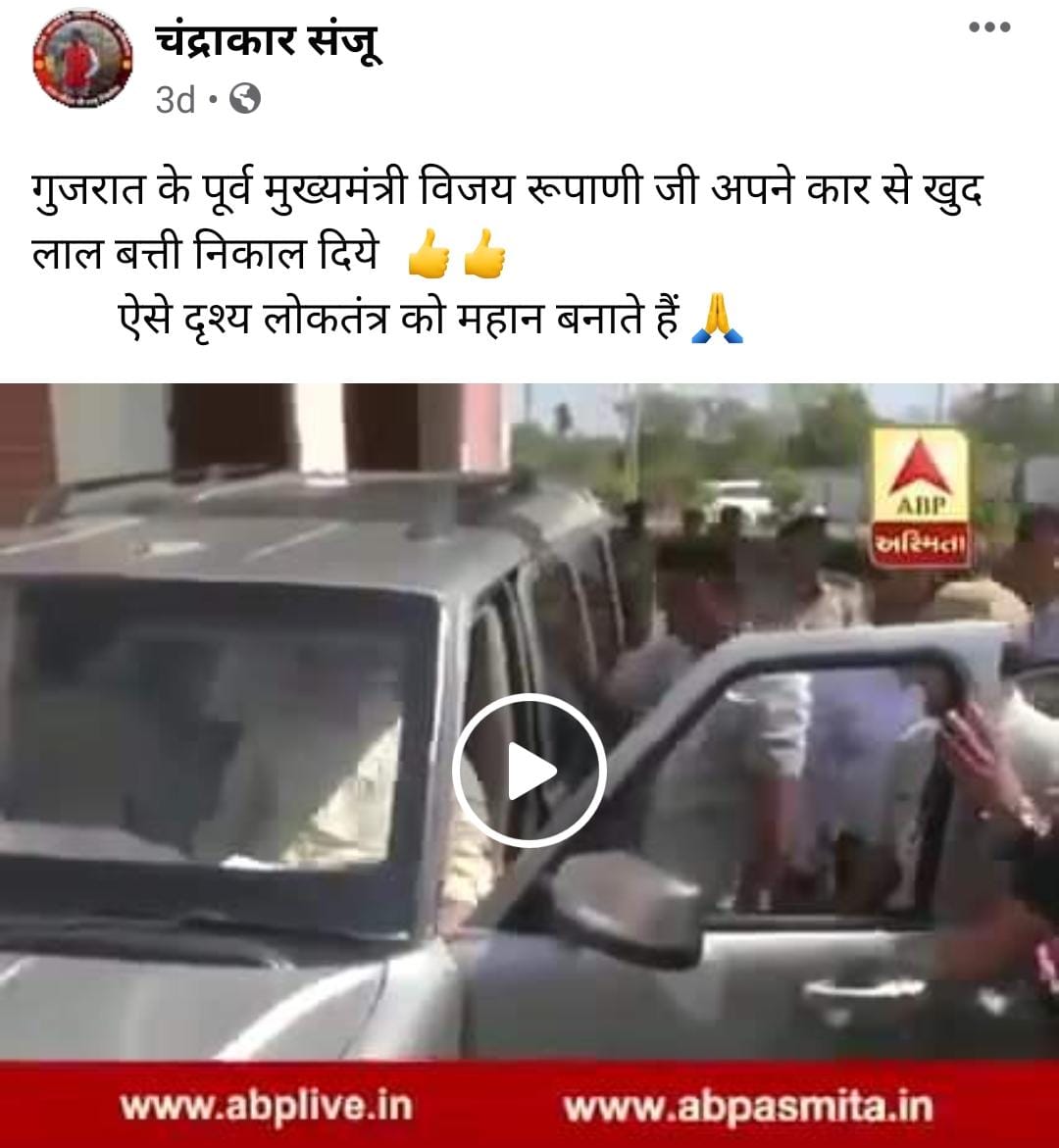 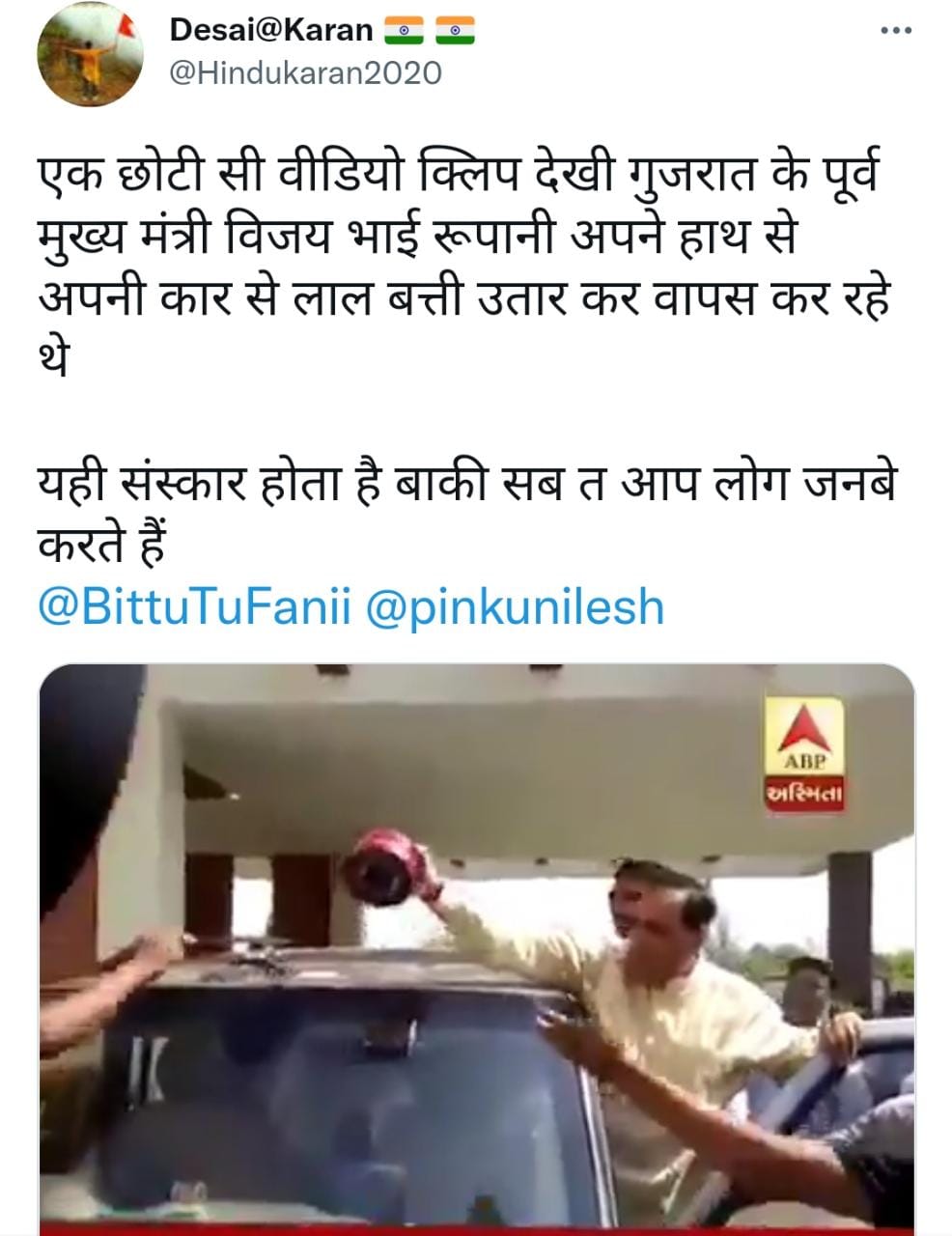 In our Investigation, we found that the viral video is misleading and the video is 4 years old.

After doing research on google using related keywords, we found a news report of ABP news in their Official Twitter Handle published on 20 April 2017. The title reads, "CM Vijay Rupani Removes Red Beacon From his Car".

We found a news report of the Modi government deciding to end the VIP culture with the removal of red beacon, due to which Vijay Rupani removed the red beacon from his car. The ‘Lal Batti’ will only be allowed for five categories of people – the President, Vice President, Prime Minister, Chief Justice of India, and Lok Sabha Speaker. The people under the ban’s purview are the Union ministers, chief ministers, state and cabinet ministers, and the judges of Supreme and High Courts.

We also found that Vijay Rupani himself tweeted this video on 20 April 2017 and wrote that "Respecting Modi Govt's historic decision of ending Lal Batti culture, removed Red Beacon from my car." 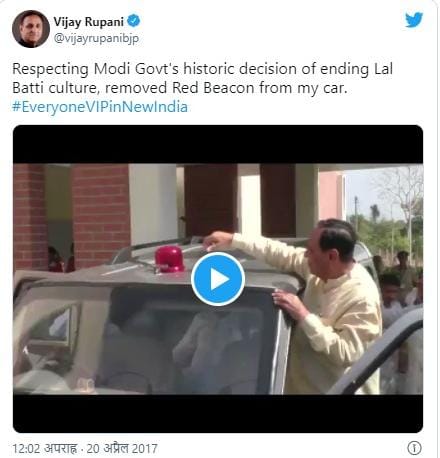 Apart from Vijay Rupani, many ministers including Madhya Pradesh CM Shivraj Singh Chouhan, Union Minister Nitin Gadkari, former Chhattisgarh Chief Minister Raman Singh had removed the red beacon from their car. This decision of the Modi government was also welcomed by the opposition leaders. In the judgment, only emergency vehicles were allowed to use red or any other colored beacon.

In conclusion, a 4-year-old video of former Gujarat CM Vijay Rupani removing the red beacon from his car is being falsely linked to his resignation.