An old image of a passenger boat capsized on the Buriganga River from Dhaka, Bangladesh falsely linked to a boat capsizing incident in Assam which happened on September 8.

A private passenger boat sank in the Brahmaputra river after being hit by a bigger ferry coming from the opposite side in Jorhat district, Assam on September 8, 2021. The chief minister of Assam said that the capsized boat had 90 passengers. Initially, it was reported that the boat was carrying over 100 passengers. The Assam State Disaster Management Authority said 87 passengers were rescued on Wednesday night.

Amid this, a disturbing image showing people standing near a waterbody with several bodies wrapped in white cloth around them is being viral on social media claim that it shows an image of a boat capsizing incident in Assam which happened on September 8, 2021. 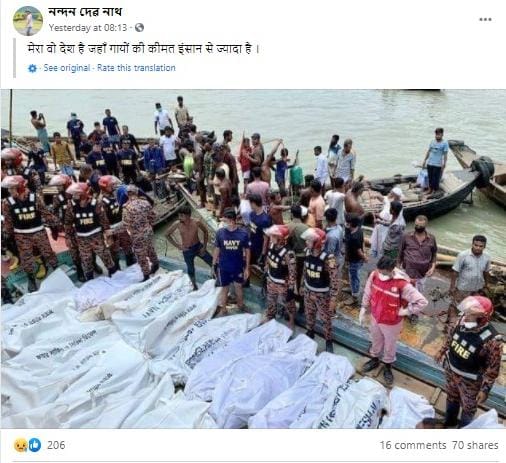 In our investigation, we found that the viral image is misleading. The image is from Dhaka, Bangladesh when a passenger boat capsized on the Buriganga River on June 29, 2020.

After doing reverse image research on Google, we found an article of Reuters published on June 29, 2020, in which the same image is featured with a caption "Dead bodies are seen piled up on a boat after a passenger ferry capsized in the river Buriganga in Dhaka, Bangladesh, June 29, 2020". The image was taken by photojournalist Mohammad Ponir Hossain. 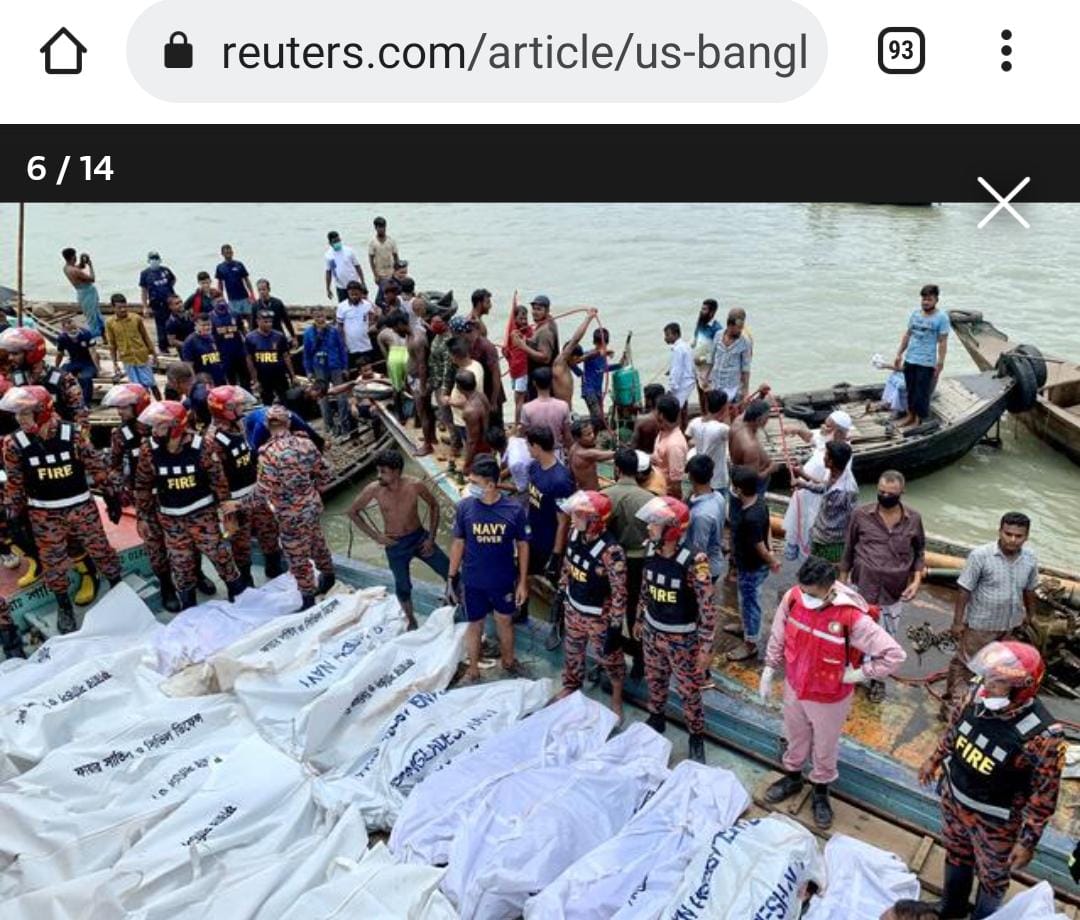 We also found a news report of NDTV in which the same image is seen. As per the article, published on 29 June 2020, at least Twenty-three people died and dozens more were missing after a ferry capsized in the Bangladeshi capital Dhaka following a collision with another vessel. 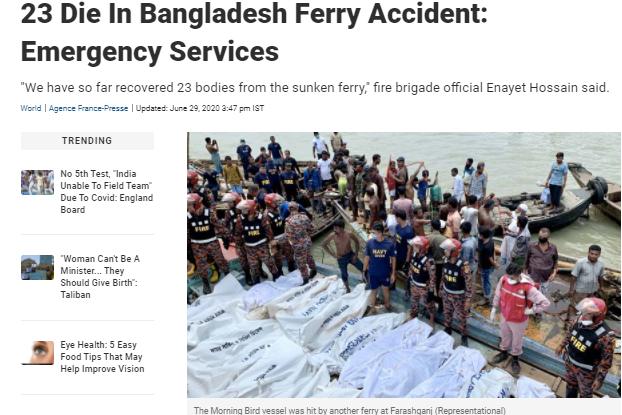 In conclusion, an old image of a passenger boat capsized on the Buriganga River from Dhaka, Bangladesh falsely linked to a boat capsizing incident in Assam which happened on September 8.