An old video of a man who collapsed at a gym in Bengaluru last week is being shared to claim that the video shows the late actor Sidharth Shukla suffering a heart attack.

Soon after the news broke, a video of a man collapsing on a stairway was viral as visuals of Siddharth Shukla suffering from a heart attack. 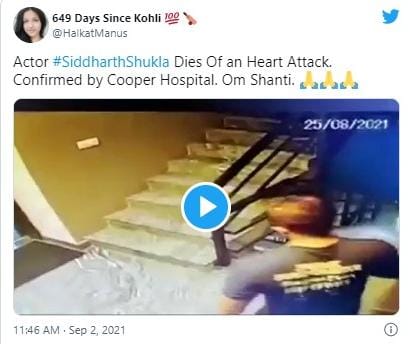 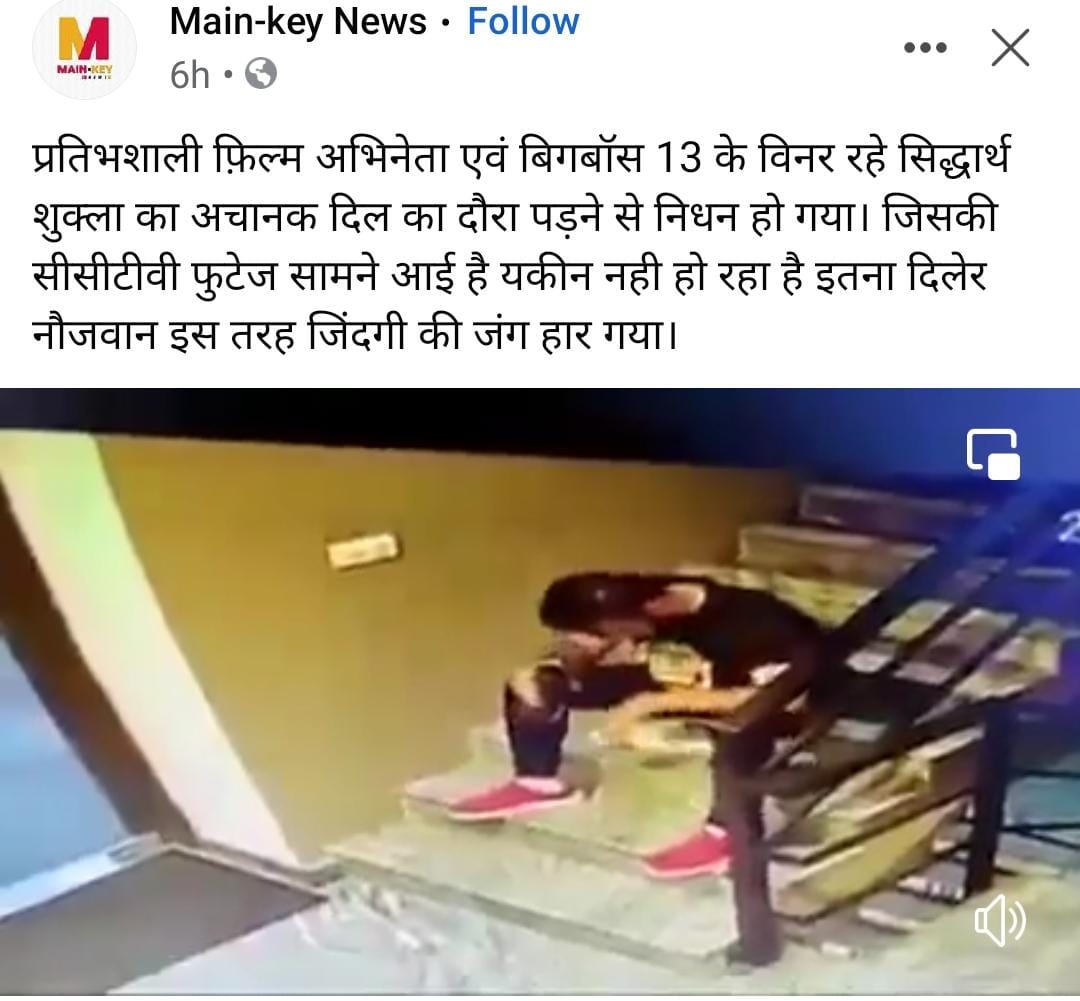 In our investigation, we found that the viral video is completely misleading.  This video is at least a week old and shows a man collapsing at a gym in Bengaluru.

First, carefully looking at the video we found that the date stamp of '25/08/2021' can be seen on the top right corner of the video. This clearly confirms that the video is old. 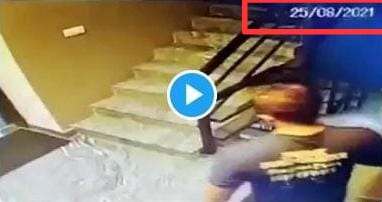 We also found the same video featured in a news bulletin by NewsFirst Kannada on August 31, 2021, on the official Facebook page. According to the bulletin, the video is Gold's Gym at Banashankari where the man seen in the video died of a heart attack. 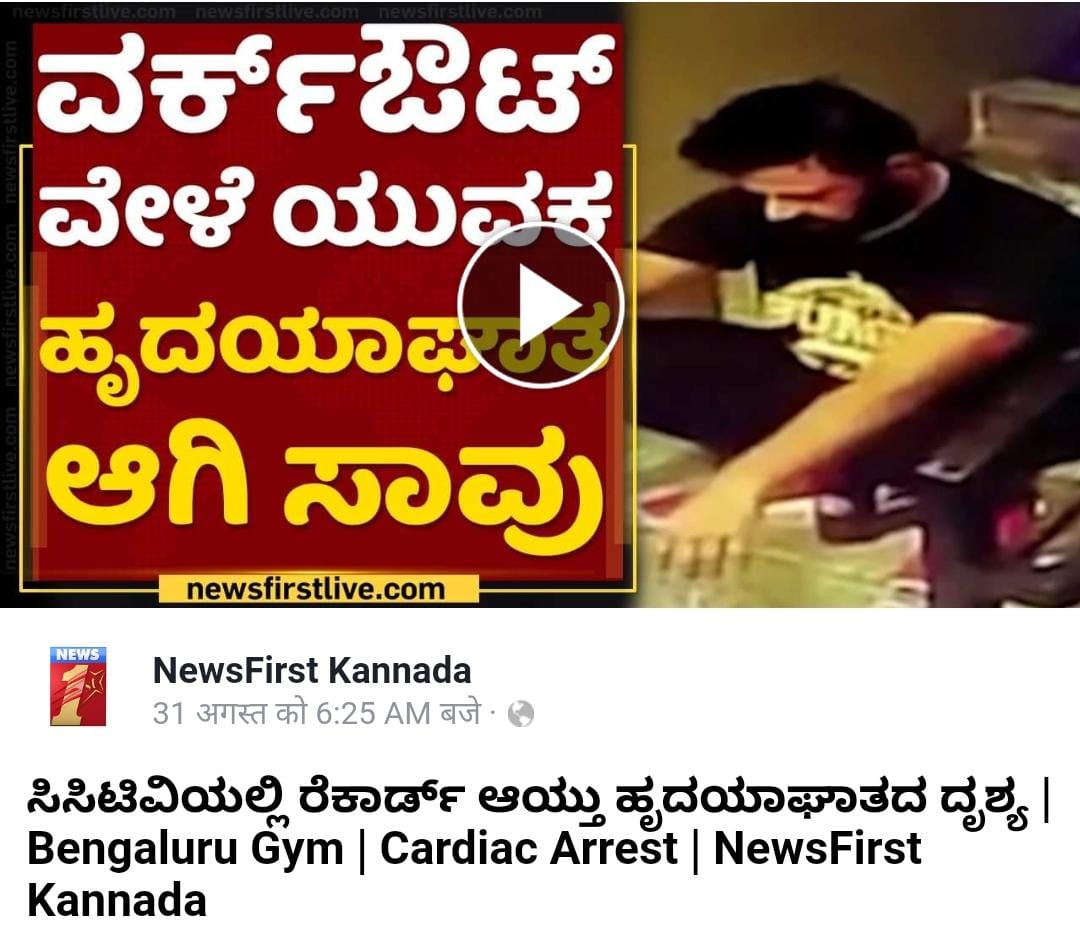 As per the reports, the video is from Gold’s Gym at Banashankari, Bengaluru. The video shows a man collapsing after he suffered a heart attack.

Meanwhile, Actor Sidharth Shukla passed away on Thursday at the Cooper Hospital in Mumbai. The 40-year-old actor suffered a massive heart attack in the morning that led to his death. As per sources, the last rites of the actor are likely to take place tomorrow since the post-mortem examination is still incomplete.

In conclusion, an old video of a man who collapsed at a gym in Bengaluru last week is being shared to claim that the video shows the late actor Sidharth Shukla suffering a heart attack.