A photo of a man falling from a US military aircraft is doing rounds on social media with the claim that the mage is from Afghanistan’s capital Kabul. The video is circulating against the backdrop of the U.S Evacuations from Afghanistan after the Taliban’s takeover of the country.

A Twitter Handle in the name of Retired Major General GD Bakshi shared the post with the caption“The most evocative image to come out of Afghanistan. Disaster for US image as a global superpower. This needless haste and panic to exit has caused a great loss of face for the US military. These are images far worse than Saigon and will haunt the US for a long time” 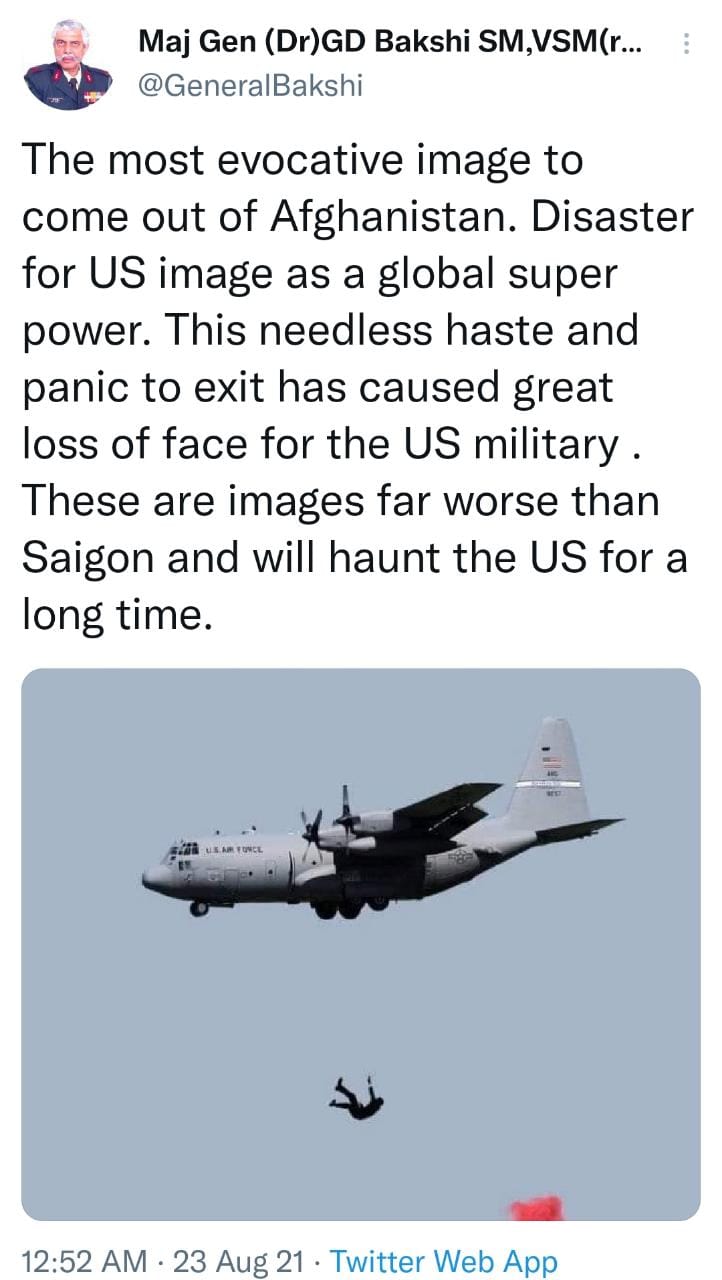 In our investigation, we found that the viral image of a man falling from a US military aircraft is photoshopped.

After doing a reverse image search on Google, we found the same image on an aviation website. According to the information given on the website, the photo of the aircraft was taken on May 9, 2017, at the Prestwick Airport in Glasgow. Also, the version of the aircraft is Lockheed C-130H Hercules. 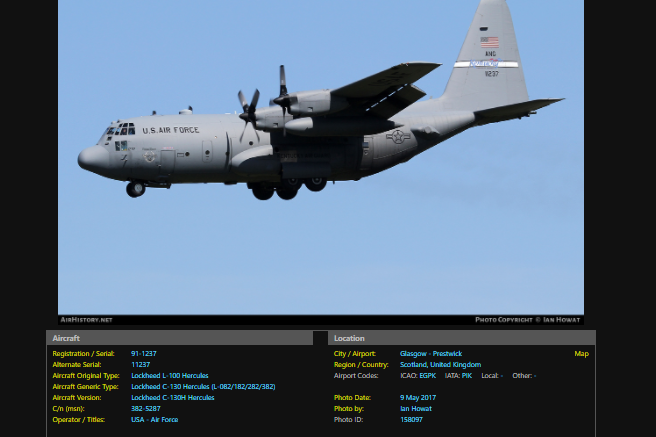 After comparing the viral image to the original images we found that both the image are similar. The position of the aircraft in both images is the same and the tail of the aircraft has the same registration number 11237.

As per the reports, the US military was using C-17 Globemaster III aircraft to evacuate people from Afghanistan.

However, a similar incident did occur during the evacuation of Kabul airport. As per the report of the Hindustan Times, the people had gathered at Hamid Karzai International Airport in Kabul to seek an evacuation flight amid the Taliban's takeover of the country. Locals near Kabul airport claim that three young men who were holding themselves tightly onto the tires of an airplane fell on top of people's houses.

An Afghan footballer was later reported dead, according to Afghan agency Ariana. Zaki Anwari fell from a USAF Boeing C-17 and that the death had been confirmed by the General Directorate for Sport.

However, the picture shared on social media does not show this incident. The viral picture shows a Lockheed C-130 Hercules, not a C-17.

In conclusion, it is clear that though there were reports of a person falling from a U.S. evacuation plane, this viral image of a man falling from a US military aircraft has been photoshopped. The aircraft in the photo is Lockheed C-130 Hercules and the US has used C-17 aircraft for evacuations in Kabul.