An old video of Sunny Deol from the 2019 Lok Sabha election campaign is passed off with a fake claim that the farmers have beaten him.

A video of the actor turned politician Sunny Deol is getting viral on social media. In the video, Sunny Deol is seen surrounded by the crowd. People standing around Sunny are seen pushing and shoving and security personnel is seen defending and protect him. It is being claimed through the video that the angry farmers have beaten Sunny Deol for supporting the farm laws despite being a Punjabi farmer's son himself. 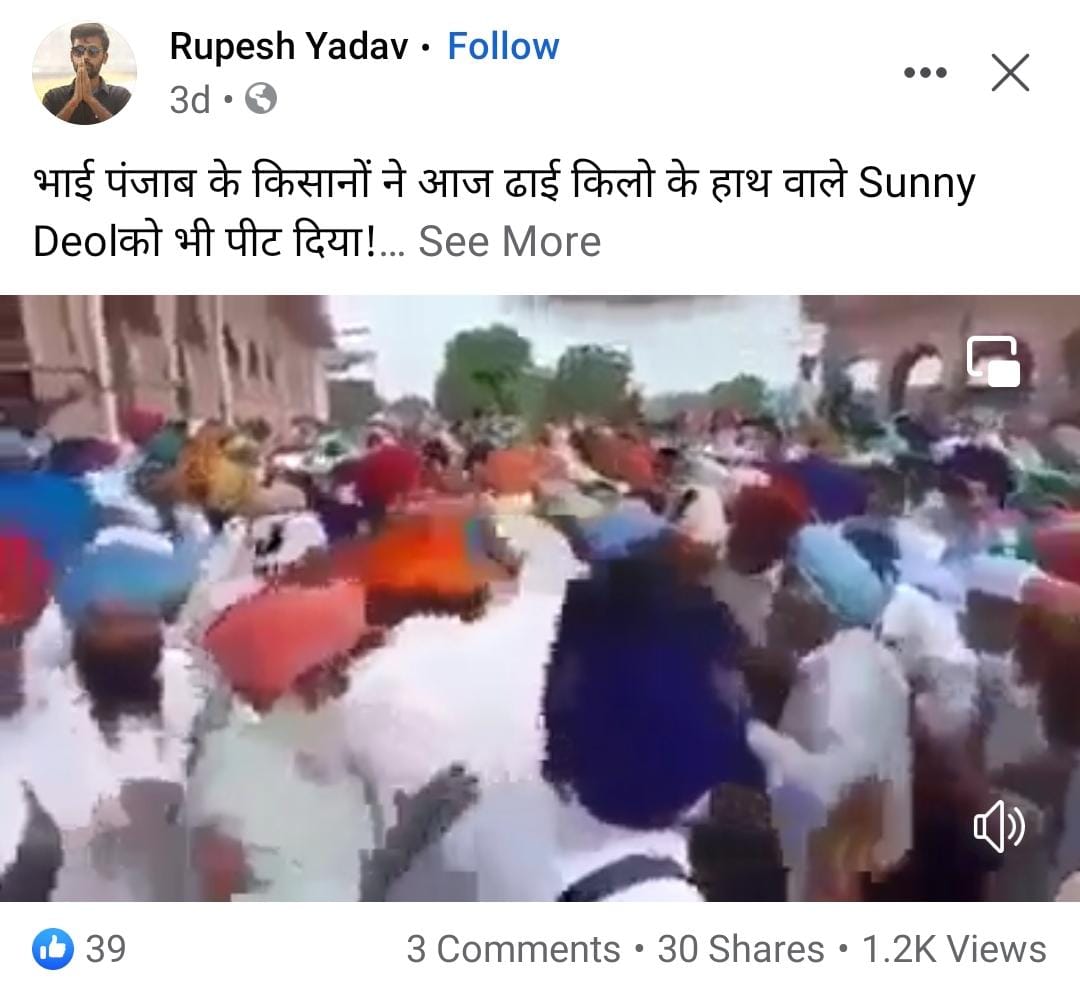 In our investigation, we found that the viral video is misleading. This video is from the campaign of the 2019 Lok Sabha election.

After doing a reverse image search using the keyframes of the video, we found a video report by Indian Express on YouTube published on 2 May 2019. The video used in this report is similar to the viral video. It can be clearly seen that Sunny Deol is surrounded by a crowd of people. The report is titled "Sunny Deol Hits Campaign Trail, Offers Prayers at Gurdwara Dera Baba Nanak".

When Sunny Deol had gone to Gurudaspur to pay his respects, his fans started shoving each other to catch a glimpse of Sunny.

However, in a report published in September 2020, it has been told that the farmers in Punjab announced a ‘social boycott’ of Gurdaspur MP Sunny Deol after he came out in support of the farm sector Bills, which have been widely protested by the farmers. Later in the day, farmers said that they will now boycott all BJP leaders and workers while commission agents at Budhlada Mandi, located in Mansa district, too announced that they will not let BJP leaders enter the Mandis.

The report quotes Jagmohan Singh Patiala, BKU (Ekta) Daukunda general secretary saying, "We are especially hurt with Deol who did not stand by the farmers despite being a farmer's son. Now the voters are feeling cheated and will think twice before voting for an actor in future." 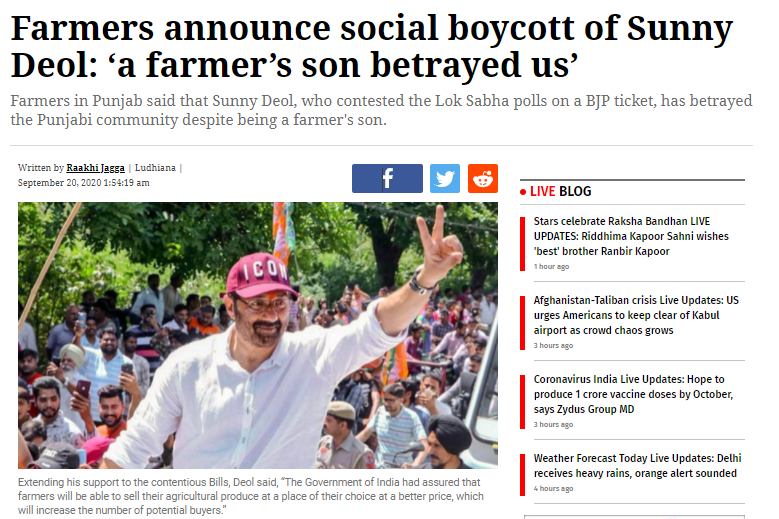 It is worth noting that Sunny Deol is a BJP MP from Gurdaspur in Punjab and a large number of farmers are from Punjab who is protesting on the border of Delhi.

In conclusion, an old video of Sunny Deol from the 2019 Lok Sabha election campaign is passed off with a fake claim that the farmers have beaten him.