We found that a satirical article edited with unrelated old pictures has been circulated on social media with a false claim that the International news organization CNN has praised the Taliban for wearing masks during attacks.

A post is getting viral on social media claiming that the US broadcaster CNN praised the members of the insurgent group for “responsibly” wearing masks to protect themselves and others from Covid-19. The viral posts include a photo that appears as a screengrab of a CNN report. The tickers on the CNN report read, "Breaking News- Taliban fighter responsibly wearing masks". The post is circulating against the backdrop of the Taliban’s takeover of the country.

Indian film director Vivek Agnihotri shares a post on his Twitter account with a caption "CNN praises the Taliban for wearing masks during the butchering of innocent people. #Afghanistan" 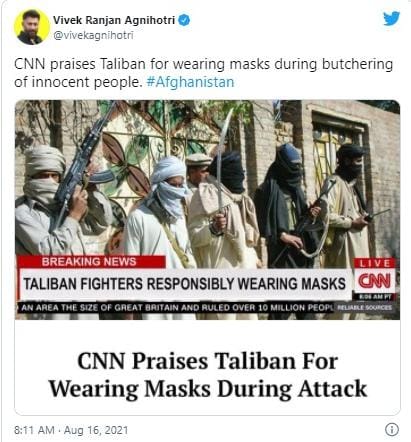 Filmmaker Ashoke Pandit also shared the report, with a caption "..@CNN calls Taliban terrorists as fighters and praises them for wearing masks while killing innocent people in Afghanistan .@UNHumanRights @hrwas usual have maintained a criminal silence," 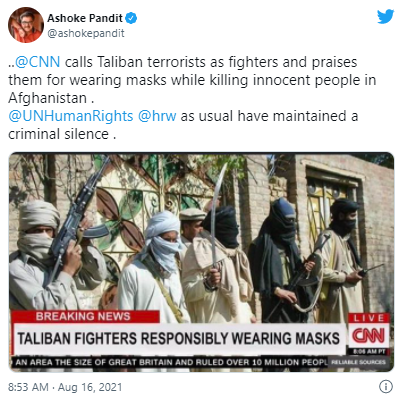 In our investigation, we found that the viral post is fake. CNN did not praise the Taliban for “wearing masks during an attack". It is a satire by a portal, 'Babylon Bee'.

After doing research on Google using related keywords we found an article published on a website, 'The Babylon Bee' on 14 August. The headline is titled, "CNN praises Taliban for wearing masks during attack". It has the same photo as viral on social media. 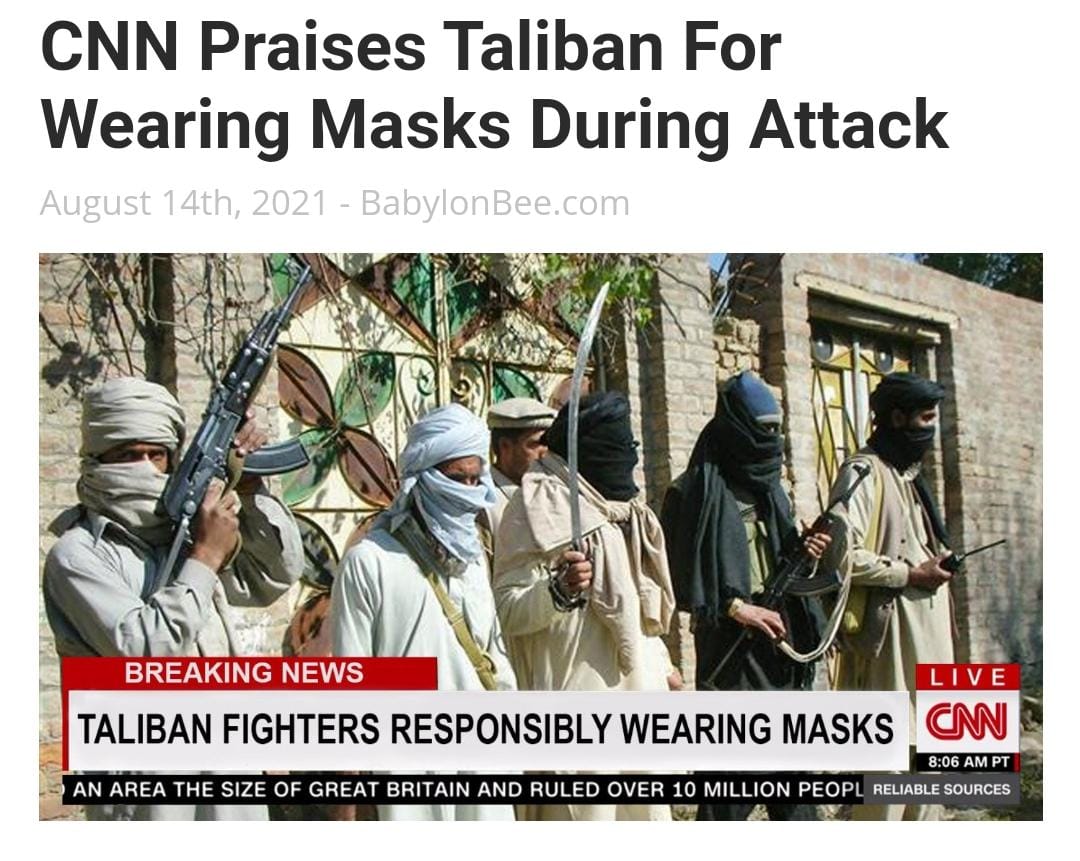 We also checked the website of The Babylon Bee and found that the "About Us" section of the website clarifies that it is a satirical website. 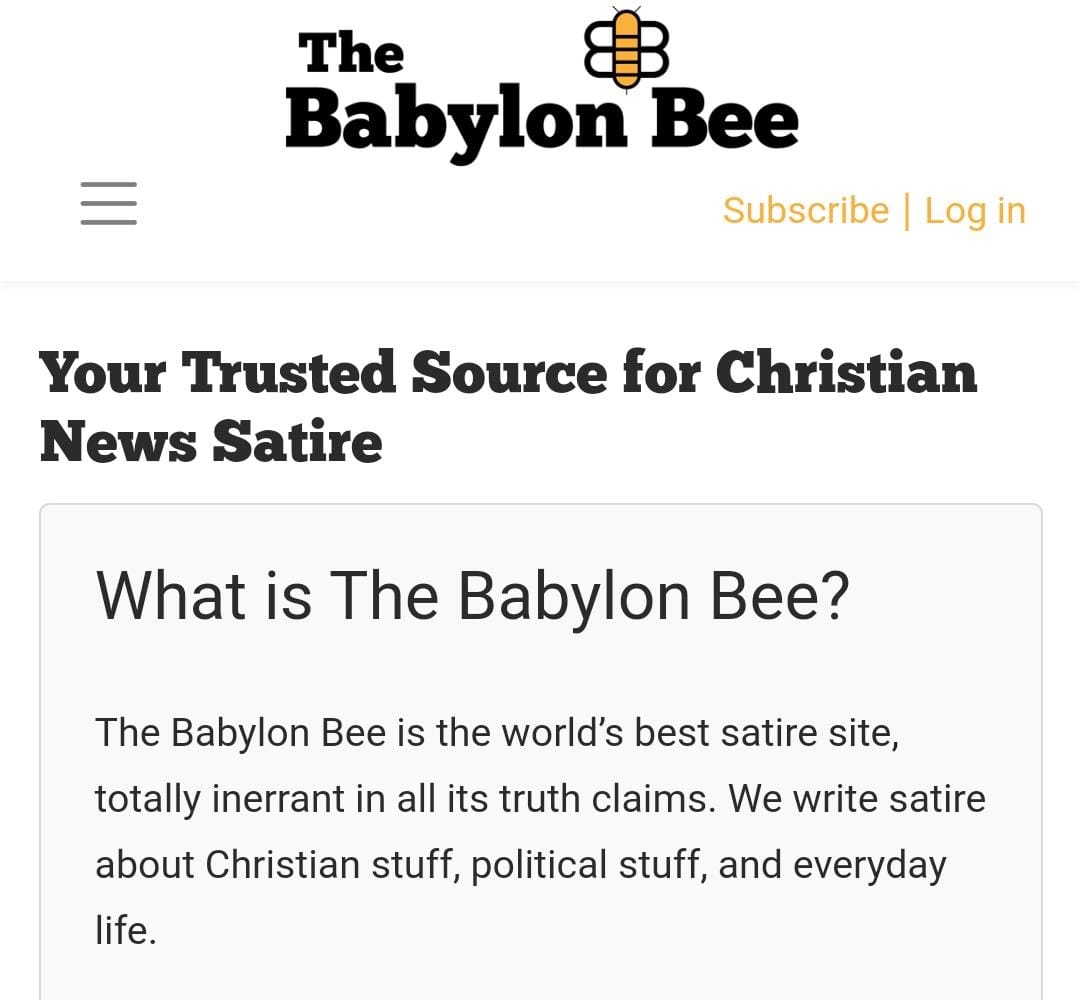 The Twitter handle of The Babylon Bee, too, had shared the article and the bio of the handle reads, "Fake news you can trust". 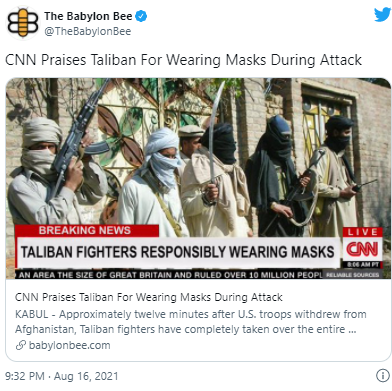 We did a reverse image search on Google to know the reality of the viral image, we found the photo in a BBC article published on 15 August 2012. The caption of the photo read, "The Taliban overran Swat under the leadership of Maulana Fazlullah in 2007." 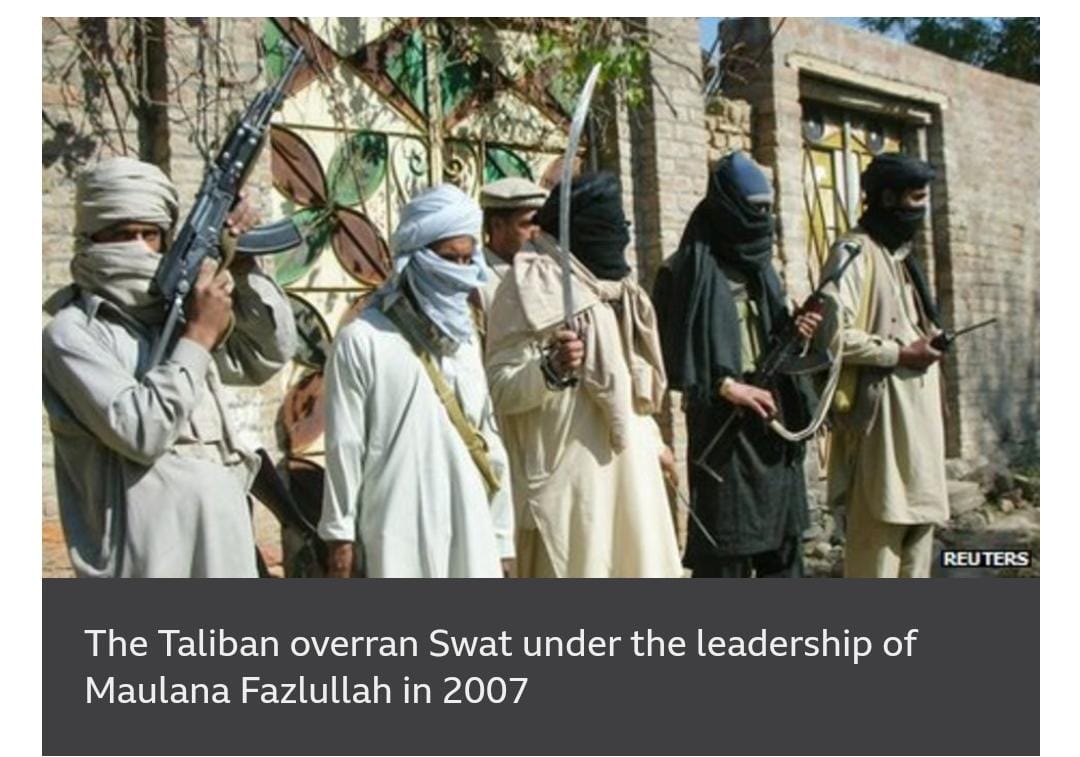 In conclusion, the viral claim is false that International news organization CNN has praised the Taliban for wearing masks during attacks. we found that a satirical article edited with unrelated old pictures has been circulated on social media with a false claim.