Though the Taliban has been committing gross human rights abuses against the women and girls of Afghanistan, this viral video is from 2015 in Syria that is falsely viral as public execution of a woman in Afghanistan.

A video is going viral on social media platforms showing a burqa-clad woman being shot to death on the streets by armed men with a claim that a woman in Afghanistan was killed by the Taliban for not wearing the proper clothes. The video is circulating against the backdrop of the Taliban’s takeover of the country.

A Twitter user shared a video with the caption "This woman in Afghanistan was killed by Taliban for not wearing the proper cloth". 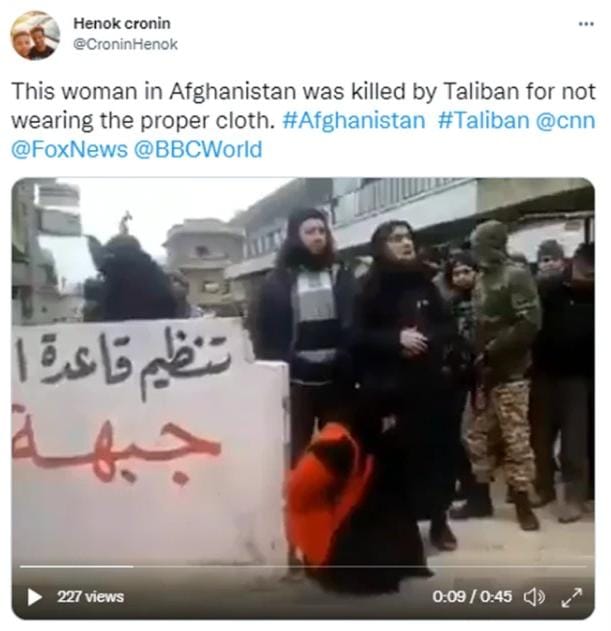 In our investigation, we found that the viral claim is misleading. The viral video is six years old from Syria.

After doing a reverse image search on Google using the keyframes of the video, we found a news report of "Daily Mail" published on 15 January 2015 in which the screengrab from the viral is seen. 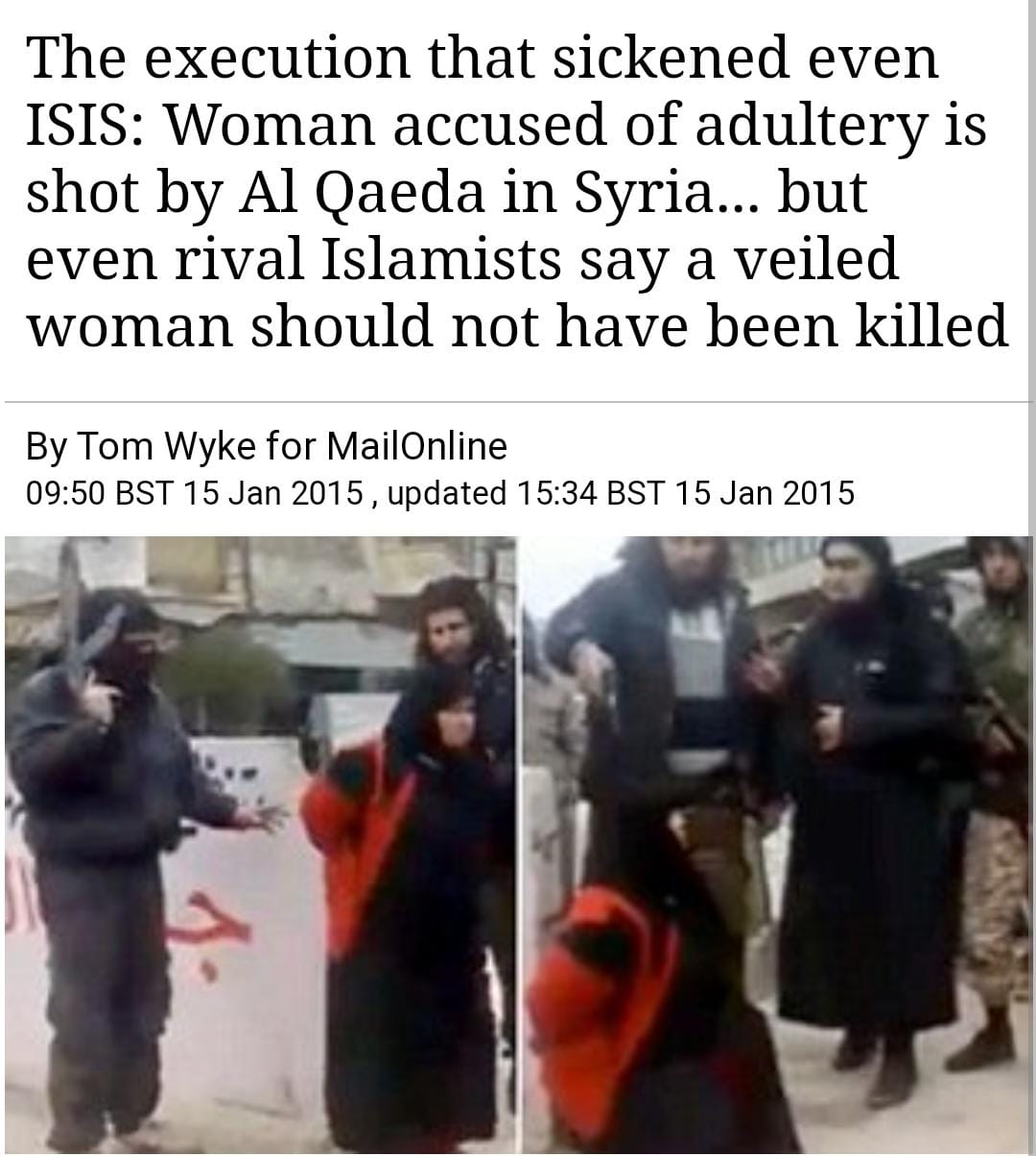 As per the report the incident took place at Maarat al-Numan in northwestern Syria. The headline of the report reads, "The execution that sickened even ISIS: Woman accused of adultery is shot by Al Qaeda in Syria... but even rival Islamists say a veiled woman should not have been killed".

We also found a story by wire agency Reuters published on January 14, 2015, said, Al Qaeda’s Syria wing, Nusra Front, shot dead a woman in the northwest of the country after accusing her of adultery, a monitoring group said on Wednesday, saying it showed such execution-style killings were not confined to the militant Islamic State group. Islamic State, which split from al Qaeda and has seized land in Iraq and Syria, has beheaded and stoned to death Syrian and foreign civilians and combatants for crimes it sees as violating its strict interpretation of Islamic law. But Nusra Front, which sometimes fights alongside Western-backed insurgents in Syria as well as against them, has also carried out such killings or physical punishments after accusing people of violations such as insulting God or thievery.

However, the Taliban has also been committing gross human rights violations in Afghanistan and women face similar treatment under the Taliban rule. According to an article in Business Standard, under their rule, women had to cover themselves and only leave the house in the company of a male relative. The Taliban also banned girls from attending school, and women from working outside the home. They were also banned from voting. Women were subject to cruel punishments for disobeying these rules, including being beaten and flogged, and stoned to death if found guilty of adultery. Afghanistan had the highest maternal mortality rate in the world.

As per the article of Hindustan Times despite promising to change the way of governance from their rule 20 years ago, reports have been emerging from Kabul and other cities about Taliban fighters beating up women and roaming around streets looking for ex-government workers. In one such incident, the insurgents killed a woman for being in public without a head covering, the New York Post reported. The incident took place in Takhar province where the woman was shot for not wearing a burqa.

In conclusion, it is clear that though the Taliban has been committing gross human rights abuses against the women and girls of Afghanistan, this viral video is from 2015 in Syria that is falsely viral as public execution of a woman in Afghanistan.