A video of sadhus shared with the false claim that they are child kidnappers who have been caught in Delhi. The video is originally from Dhar, Madhya Pradesh, and the sadhus were beaten over suspicion of being child-lifters.

A video of two sadhus in a car thrashed by a crowd is being shared on social media with the claim that they are child kidnappers who were caught in Delhi. The man making the video can be heard saying “they look like sadhus but they are child thieves,”

A Facebook user name Arjun Singh shared a video with a claim that "they are child kidnappers, and if anyone sees them, inform the police". The text in the video reads: "They were caught in Delhi today." 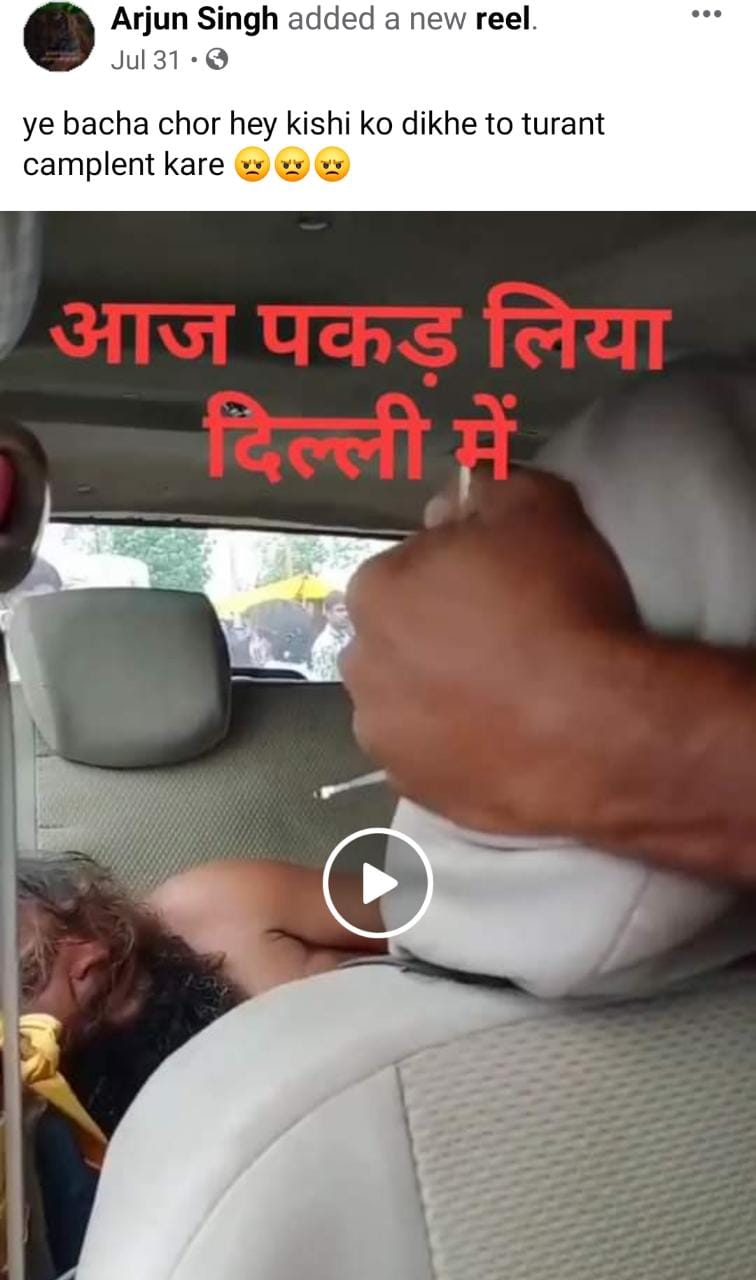 In our investigation, we found that the viral claim is misleading. The incident took place on 19 July, and the video is originally from Dhar, Madhya Pradesh not from Delhi.

After doing a search using related keywords on Google, we found a news report of India Today, which was published on 20 July. 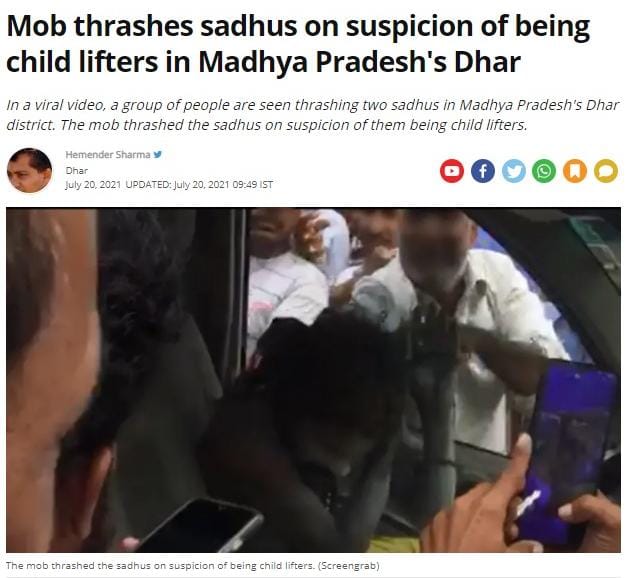 As per the article, two sadhus were beaten by a mob in Madhya Pradesh's Dhar district over rumors of child abduction. According to the police, the two sadhus were traveling to Indore from Dhannad when they lost their way and asked for directions from some kids playing on the roadside. The kids got scared by the sadhus and ran away. This was spotted by some locals who suspected the sadhus to be child-lifters and started thrashing them.

We also found a news report on a YouTube channel name, 'Khabar Madhya Pradesh' on 22 July 2021. The video is titled "DHAR - The car rider sadhus were asking the way, the mob thrashed thinking them of child thieves"

According to a news report of News 18 dated 20 July 2021, Both the sadhus were going to Indore by car, they stopped their car to ask children walking on the roadside the way to Indore. Seeing the sadhus, the children got scared and ran away screaming. Seeing the children running, a crowd of local people gathered and they suspected that the sadhus had tried to lift the child. However, the sadhus kept explaining to the crowd for a long time that they were only asking for the way. But the angry mob attacked them.

However, according to a report by IndiaSpend, Between January 1, 2017, and July 5, 2018, 33 persons have been killed and at least 99 injured in 69 reported cases. In the first six days of July alone, there have been nine cases of mob violence over child lifting rumors and five deaths, which amounts to more than one attack recorded every day.

In all cases, the victims were assaulted on mere suspicion and no evidence of child lifting was found later. So far, police across states have arrested at least 181 persons in connection with 21 cases.

In conclusion, a video of sadhus shared with the false claim that they are child kidnappers who have been caught in Delhi. The video is originally from Dhar, Madhya Pradesh, and the sadhus were beaten over suspicion of being child-lifters.