The viral claim that 'Bachpan Ka Pyaar' fame boy, Sahdev Dirdo has been gifted an electric car worth Rs 23 lakh by MG Motors is fake.

By now you're well aware of the 'Bachpan Ka Pyaar' fame boy singing the song in the viral video, Sahdev Dirdo who sang this song in his school and sang it casually. However, after the video was uploaded, he became an overnight celebrity.

Recently, a video of the boy, Sahdev Dirdo has gone viral on social media in which he can be seen standing in front of a brand new MG Hector car, and users are claiming that MG Motors has gifted Sahdev Dirdo with a brand new electric car worth Rs 23 lakh. 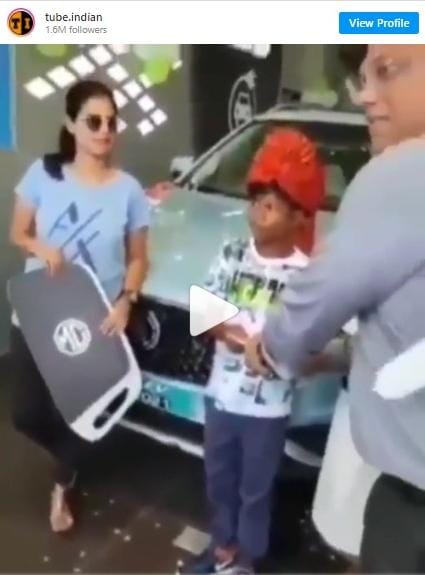 Several news websites like 'PTC News', 'ScoopHoop' and 'Business Khabar', it has been said that Sahdev will be given a car worth 23 lakhs from MG Motors. 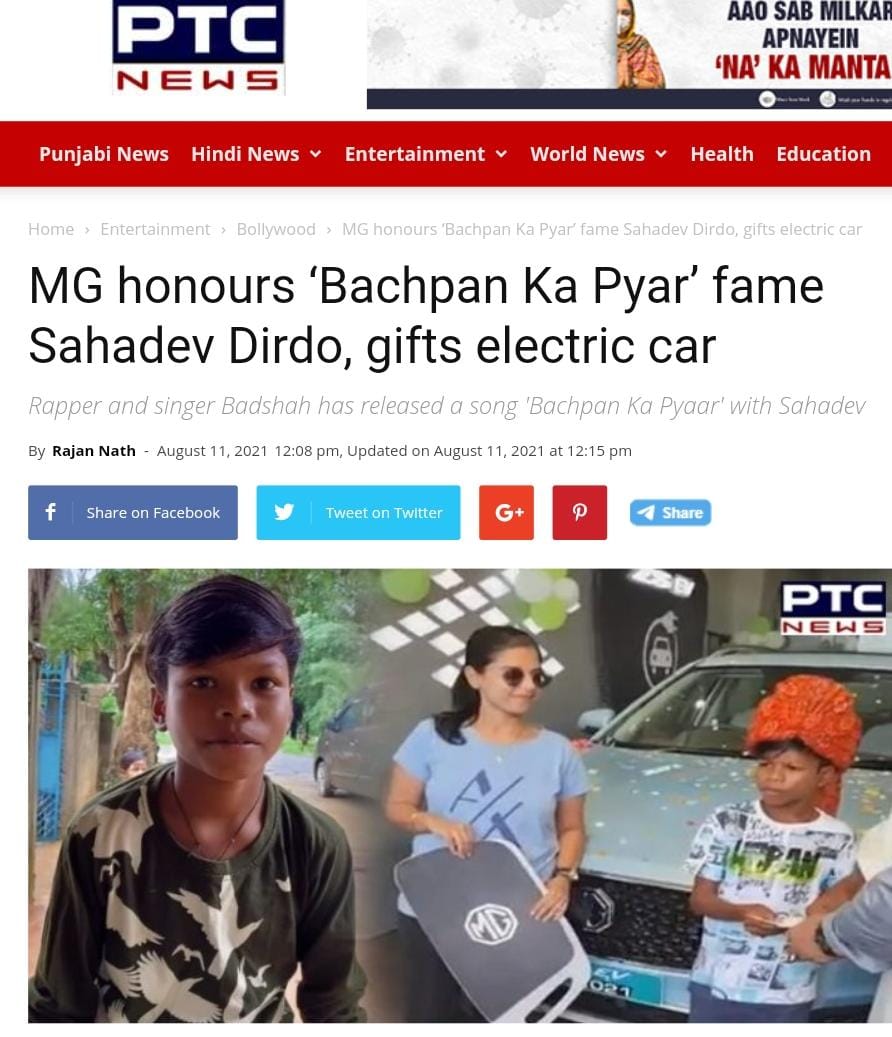 In our investigation, we found that the viral claim is misleading. The viral video is from an event.

After doing research, we found a live video uploaded by a Facebook page of Sahdev Dirdo. In the video, Sahdev Dirdo can be seen posing right in front of the car, worth Rs 23 lakhs. An official from MG Motor can be seen congratulating the little one. As the video progresses, we see a salesgirl standing beside him with a giant car key. After this netizens assume that the car had been gifted to him. 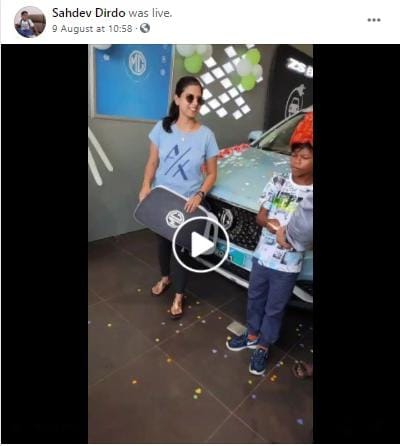 We also found another live video of the same event uploaded on Sahdev Dirdo Facebook page, in which a man who is making the video can be heard saying that  Dirdo has been facilitated with a Rs 21 thousand cheque and a basket of chocolates that they forgot in the showroom. He clarifies that no car has been gifted to Dirdo.

According to a report of Republic Bharat MG motor clarified that Dirdo has not been gifted a car, instead, he was invited to an event of their dealership stores. According to some media reports, MG, also known as Morris Garages, honored Sahdev Dirdo for his song and gave him a check of Rs 21,000.

The song 'Bachpan Ka Pyaar' was originally sung by singer Kamlesh Barotane from Gujarat. But it gained fame when a 10-year-old boy from Sukma, Chhattisgarh, Sahdev Dirdo, sang in his innocent style.

In conclusion, the viral claim that 'Bachpan Ka Pyaar' fame boy, Sahdev Dirdo has been gifted an electric car worth Rs 23 lakh by MG Motors is fake.