A photo of Mahatma Gandhi climbing out of a Packard One-Twenty car has gone viral with a false claim that this is a British-made luxury car. The car was owned by freedom fighter and industrialist Ghanshyam Das Birla.

A Twitter user Pushpendra Kulshreshtha shared a post with the caption“Mohandas Karamchand Gandhi was probably the first and last revolutionary of the world who used the luxury car of the British for the movement against the British. If anyone has seen Shaheed Bhagat Singh, [Chandra Shekhar] Azad Ji agitating in luxury vehicles, then do share the photo.”(Translated from Hindi) 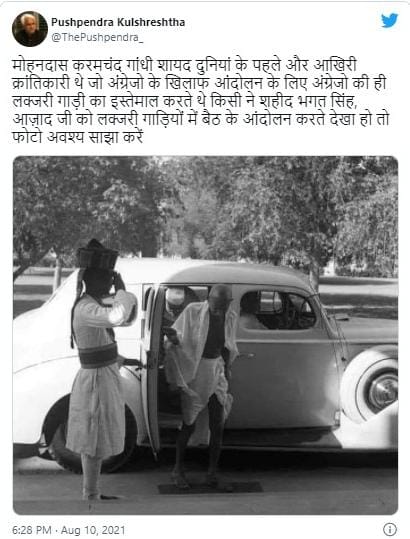 The same picture is also getting viral on Facebook with the same claim. 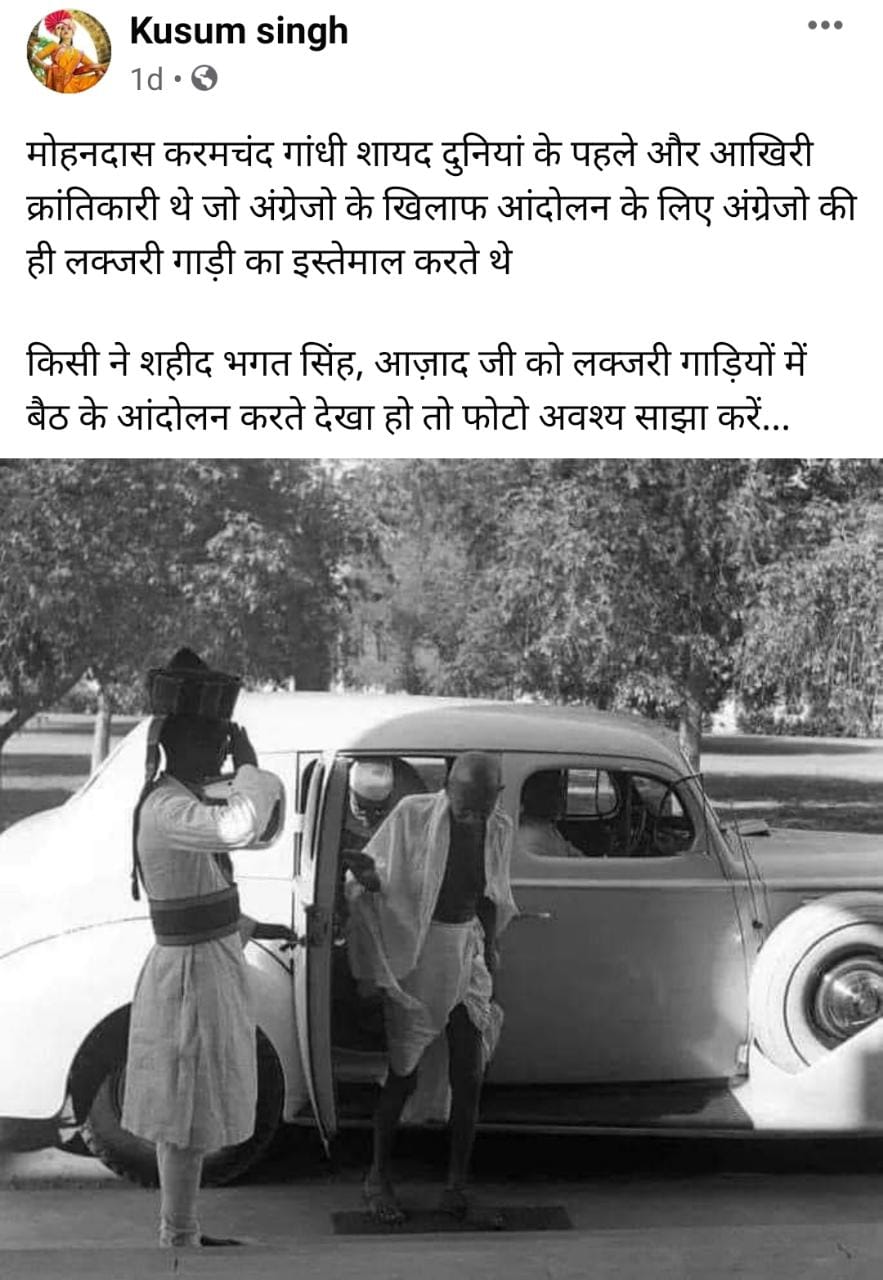 In our investigation, we found that the viral claim is misleading. The car was owned by freedom fighter and industrialist Ghanshyam Das Birla.

After doing a reverse image search on Google, we found a report of carandbike in which the viral image can be seen. According to an article published on 4 October 2017, Mahatma Gandhi had used some cars before India's independence. 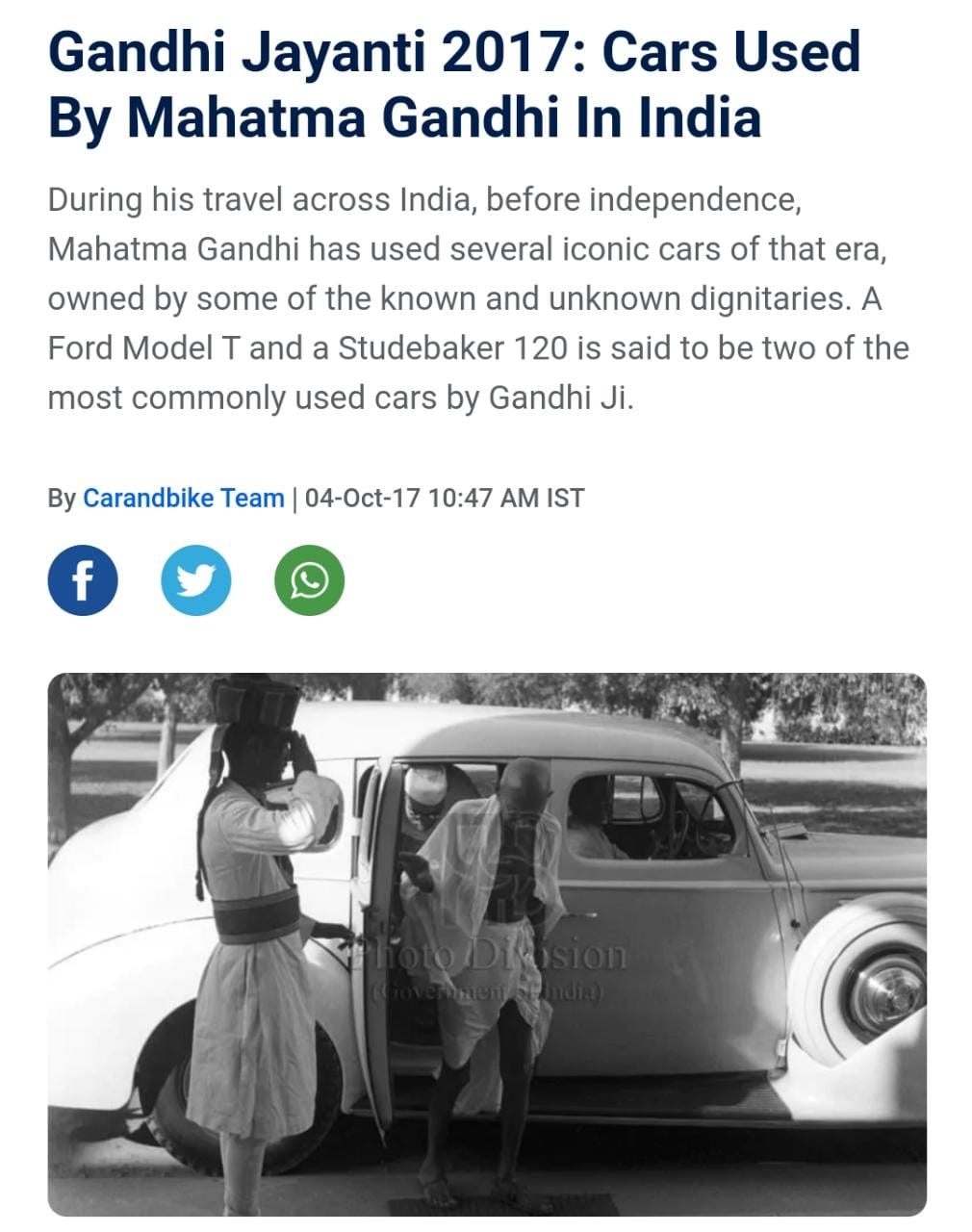 The car seen in the viral photo is Packard 120. Bapu has used that car a lot before independence. Packard 120 iconic car used by Mahatma Gandhi more than once during his struggle for independence was a white Packard, which was said to be owned by freedom fighter and industrialist Ghanshyam Das Birla. The Packard was registered in Delhi and was used by Gandhi Ji in the early 1940s. Lala Shri Ram a.k.a. Sir Shri Ram an Indian businessman and founder of Delhi Cloth & General Mills was also said to have owned a similar white Packard, which was also used by Mahatma Gandhi. 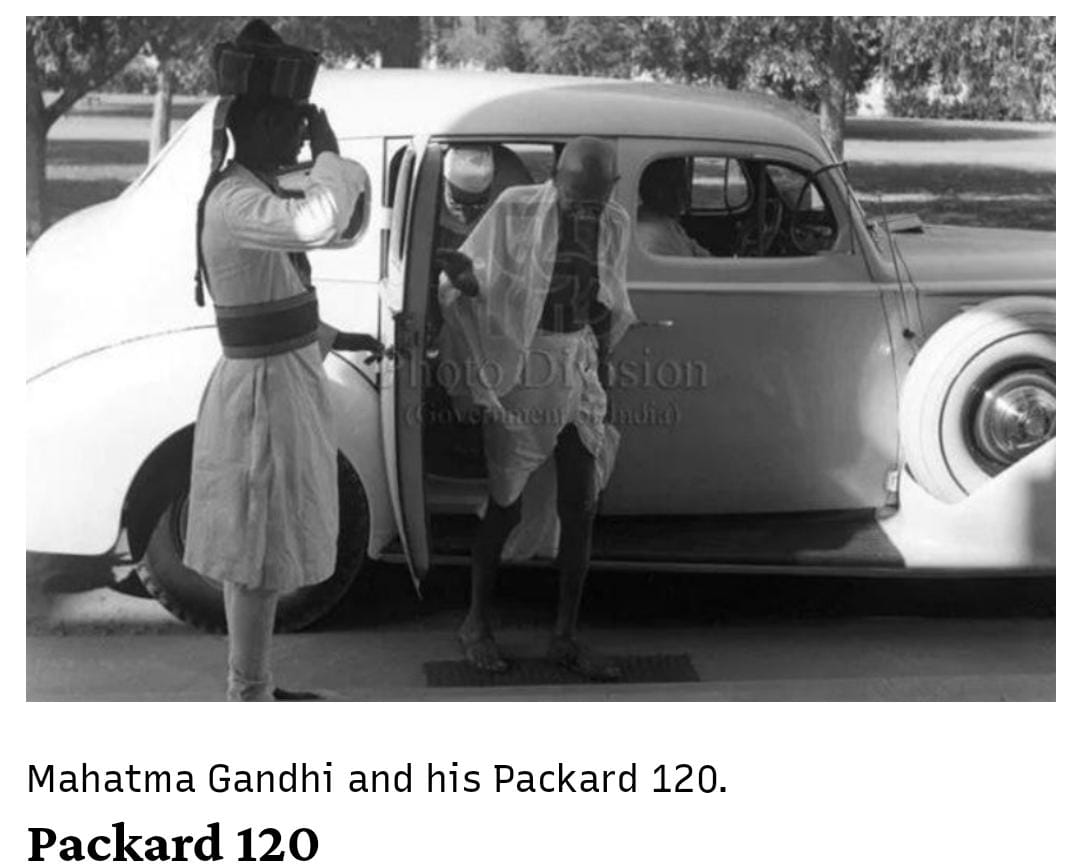 According to the news published in Jansatta on 24 September 2020, Jamsetji Tata, the founder of Tata Group, became the owner of the first car in India. The owner of the Packard 120 car was named Ghanshyam Das Birla. He was the founder of Birla Group. He was born on 10 April 1894 in Pilani, Rajasthan. When the First World War broke out in 1918 when Birla entered the business by starting a jute mill in Kolkata. In 1940, he laid the foundation of Hindustan Motors, which is considered to be the first car company in the country. This company made the Ambassador car. He actively participated in the freedom struggle. Because of this, he is also called a nationalist businessman. He also helped financially in the freedom struggle. After independence, he was awarded the Bharat Vibhushan in 1957.

In coclusion, a photo of Mahatma Gandhi climbing out of a Packard One-Twenty car has gone viral with a false claim that this is a British-made luxury car. The car was owned by freedom fighter and industrialist Ghanshyam Das Birla.