The viral claim is false that PM Modi did not speak to Olympic bronze medal winner Bajrang Punia because he supported a ‘farmer protest’.  He has already congratulated Punia over the call on August 7.

Bajrang Punia won a bronze medal in the men's freestyle 65kg category in the ongoing Tokyo Olympics after defeating Kazakhstan's Daulet Niyazbekov here at the Makuhari Messe Hall A Mat B on Saturday. He defeated Niyazbekov 8-0.

Amid this, many social media users are claiming that PM Modi did not speak to Olympic bronze medal winner Bajrang Punia because he supported ‘farmer protest’

Journalist Sakshi Joshi shares a post in her Twitter account with the caption "Did he not speak to @BajrangPunia yet because of his stand on Farmer’s protest?" 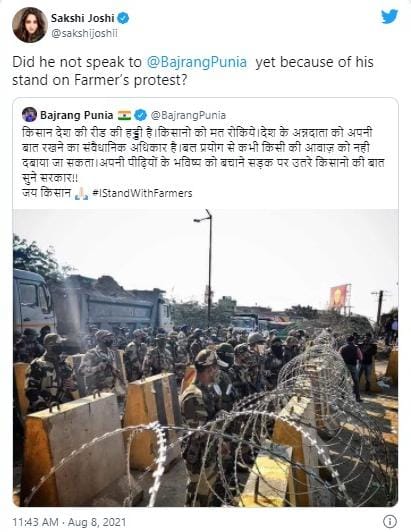 Aam Aadmi Party’s Shaleen Mitra also wrote, “We are waiting when Prime Minister would speak to Bajrang Punia who brought glory for India,” 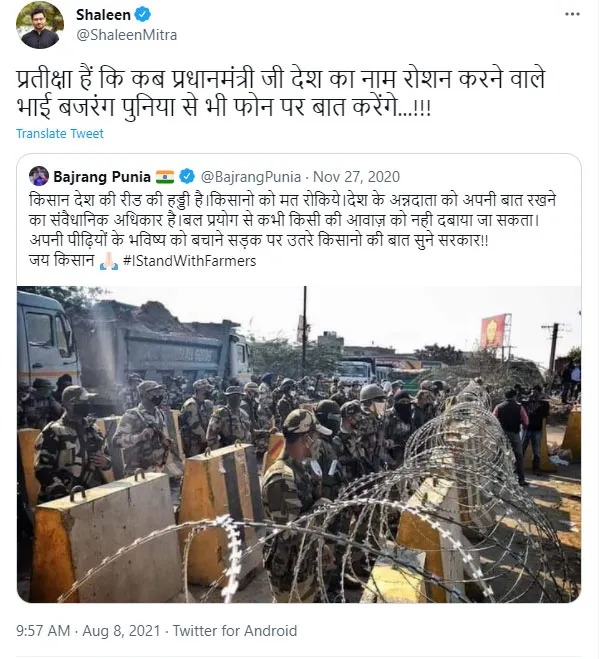 In our investigation, we found that the viral claim is false. PM Modi has already congratulated Punia over the call on August 7.

After doing a search on Google using related keywords, we found a news report of Times of India according to which Prime Minister Narendra Modi on Saturday, August 7 spoke to Bajrang Punia and congratulated him on winning a bronze medal at the ongoing Tokyo Olympics. The Prime Minister also lauded Bajrang for his determination and hard work that has led to the accomplishment. 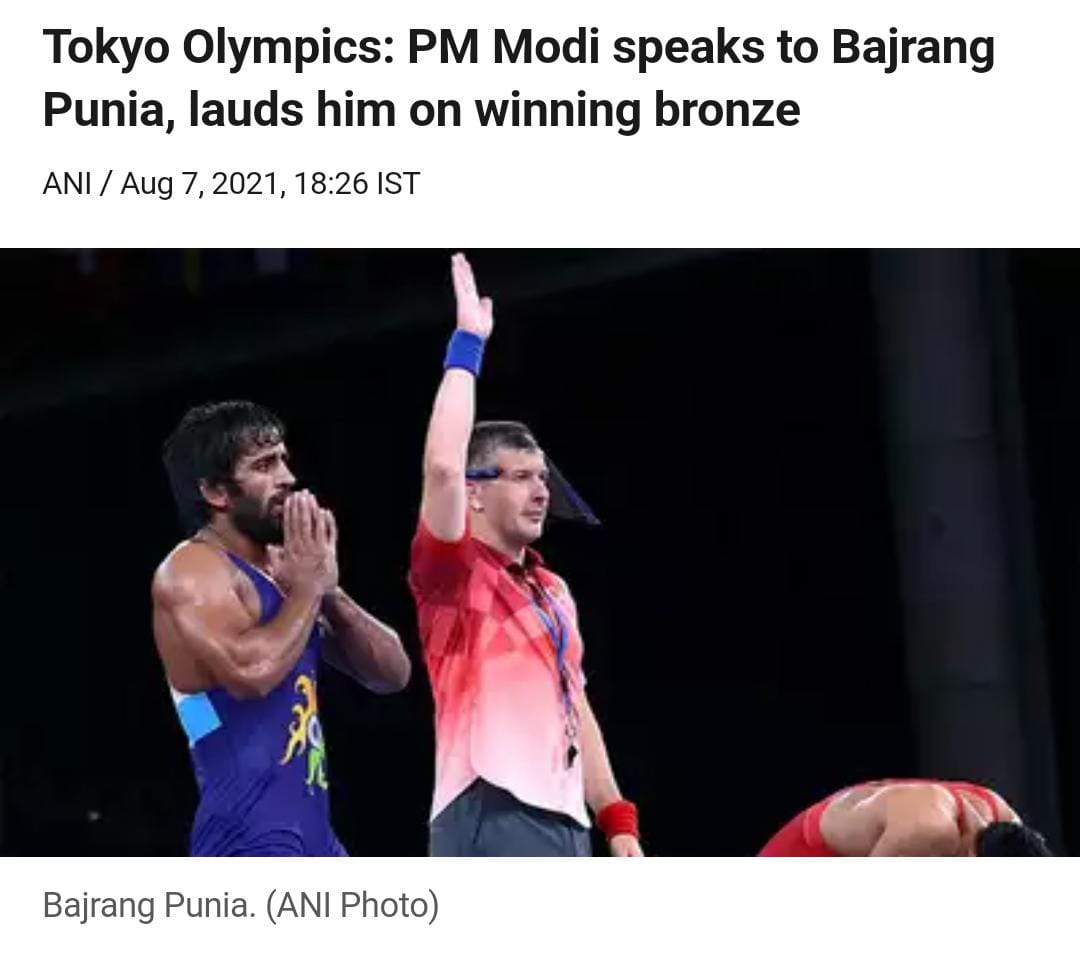 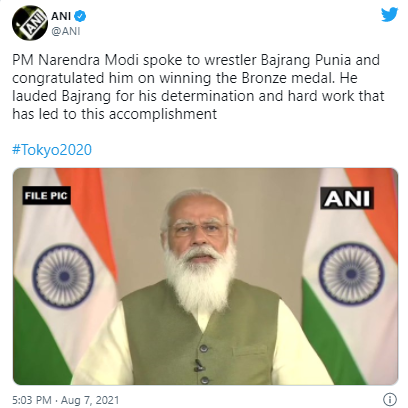 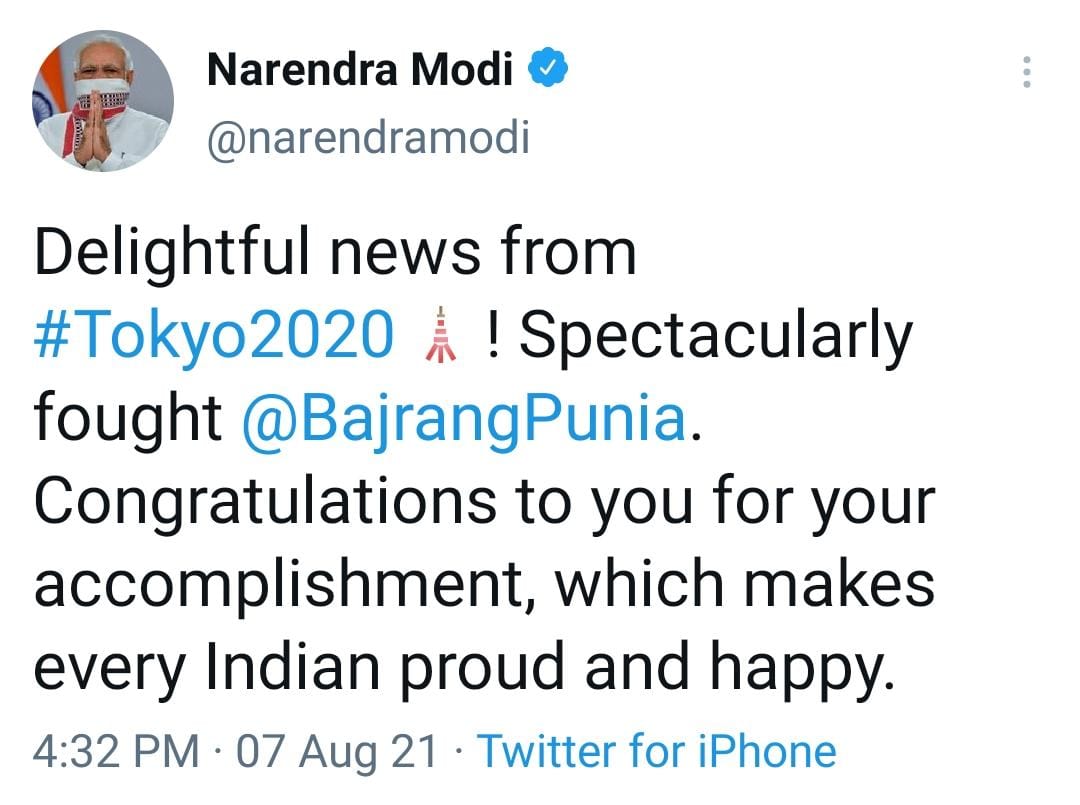 In conclusion, the viral claim is false that PM Modi did not speak to Olympic bronze medal winner Bajrang Punia because he supported ‘farmer protest’.  He has already congratulated Punia over the call on August 7.