Photo of the Param Vir Chakra has been falsely shared on social media as the Major Dhyan Chand Khel Ratna Award.

Following this, many social media users, including several politicians shared a photo of PM Modi thanking him for this, with the photo of the 'Major Dhyan Chand Khel Ratna Award' medal.

The National spokesperson of the Bharatiya Janata Party Sambit Patra shared the post on his official Twitter handle. 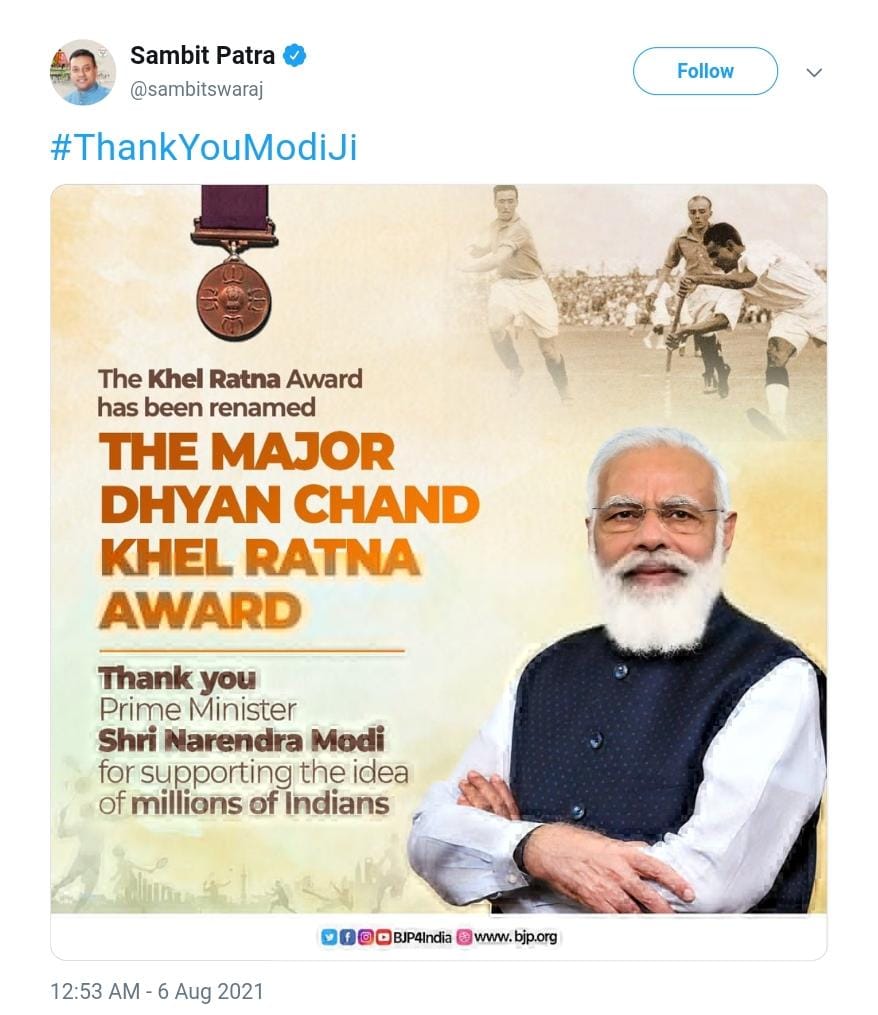 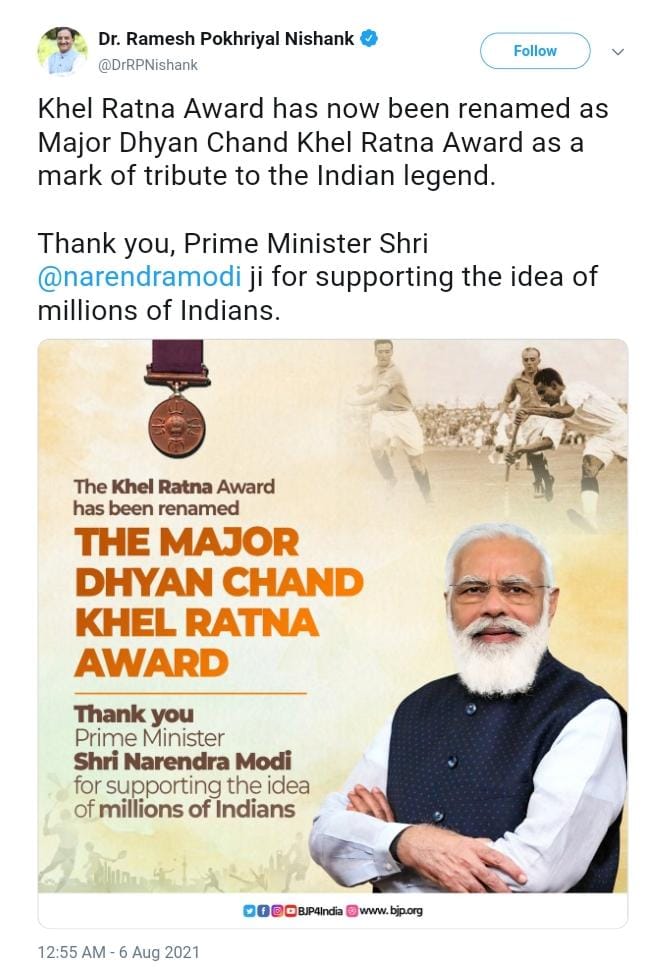 In our investigation, we found that the viral post carried the image of Param Vir Chakra, not Khel Ratna.

After doing a reverse image search, we found the same image in question uploaded as Param Vir Chakra on the official website of the Minister of Defence.

The image of the medal was also found on the 'Indian Air Force' website. 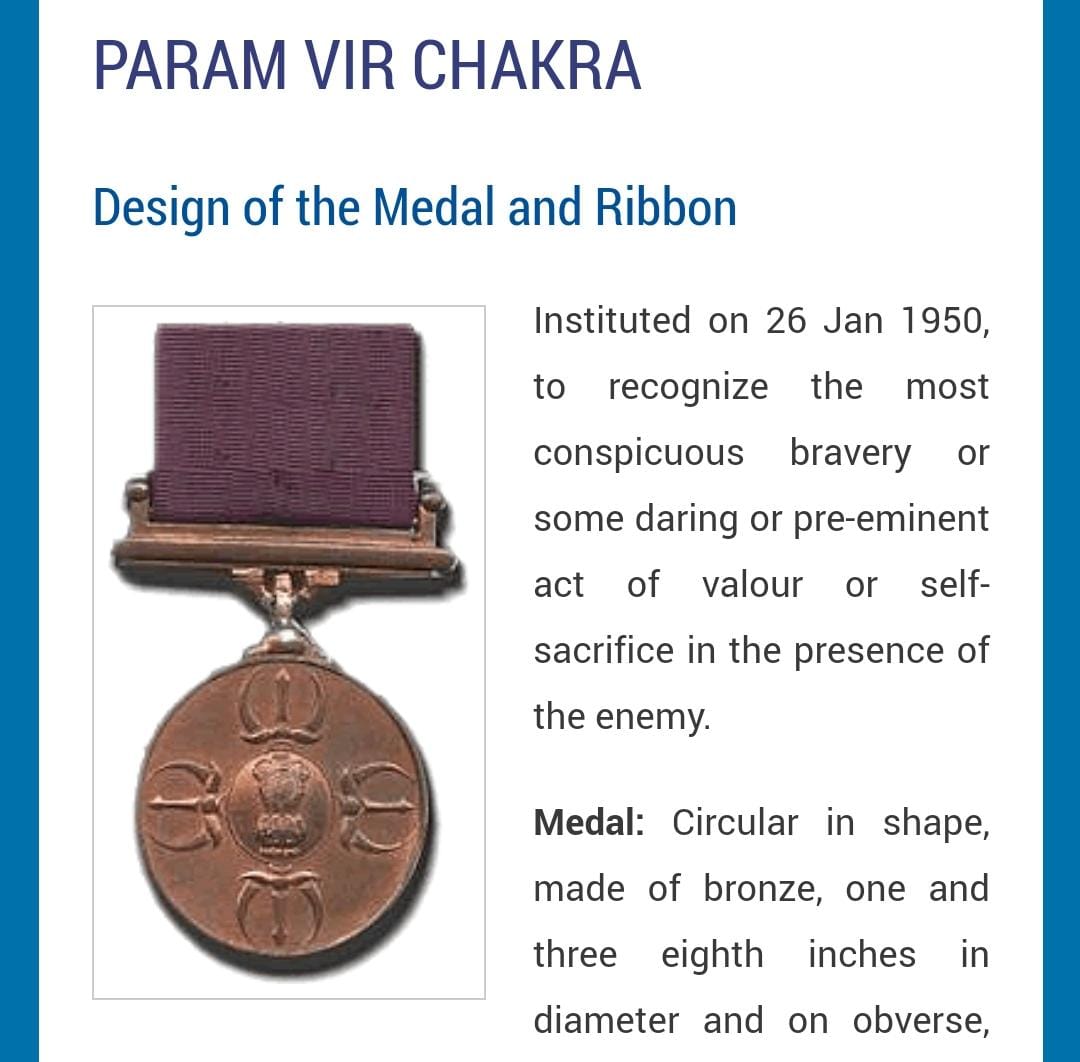 Here is the comparision of both the viral and real image: 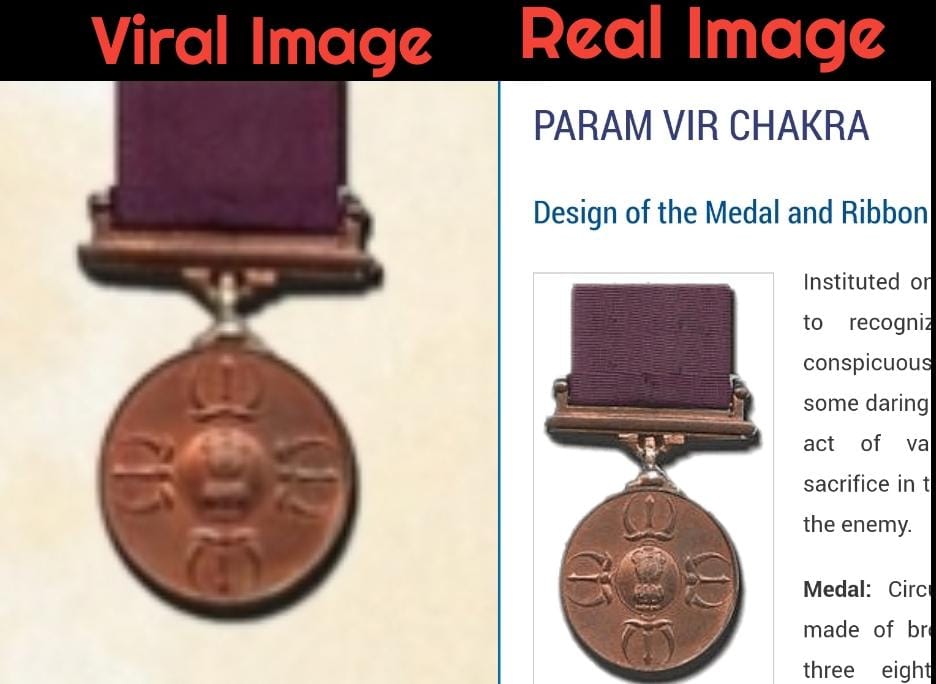 We also searched the images of Rajiv Gandhi Khel Ratna Award on Google and found it on Getty Images from 2012 with wrestler Yogeshwar Dutt holding it after receiving his award from Indian President Pranab Mukherjee at a function at The Presidential Palace in New Delhi on August 29, 2012.

In conclusion, photo of the Param Vir Chakra has been falsely shared on social media as the Major Dhyan Chand Khel Ratna Award.