A congratulatory banner for Olympics silver medallist Mirabai Chanu by the Indian government carrying a text, “Thank you, Modi Ji, for getting Mirabai Chanu a medal" is morphed.

Mirabai Chanu created history and become the first Indian weightlifter to win the silver medal at the Olympic Games at the 2020 Tokyo Games in the Women's 49kg category on July 24.

An image of Mirabai Chanu along with various political leaders including Union Minister for Law and Justice Kiren Rijiju is being shared on social media. The viral post also shows a banner in the backdrop which reads “Thank you, Modi Ji, for getting Mirabai Chanu a medal”.

Rashtriya Lok Dal President Jayant Chaudhary shared a photo with a claim that "Congratulating the medalist is fine but, thanking Prime Minister Narendra Modi for the medal is too much. Do not insult the player in devotion, flattery, and propaganda!" 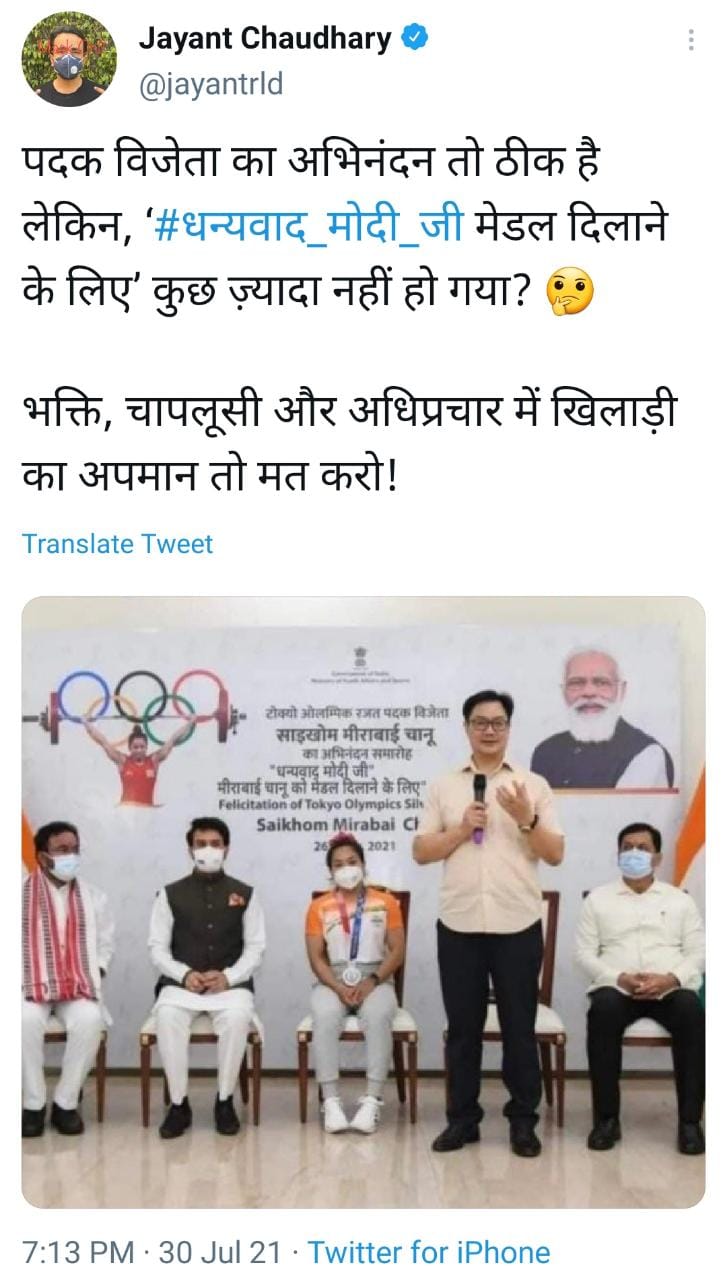 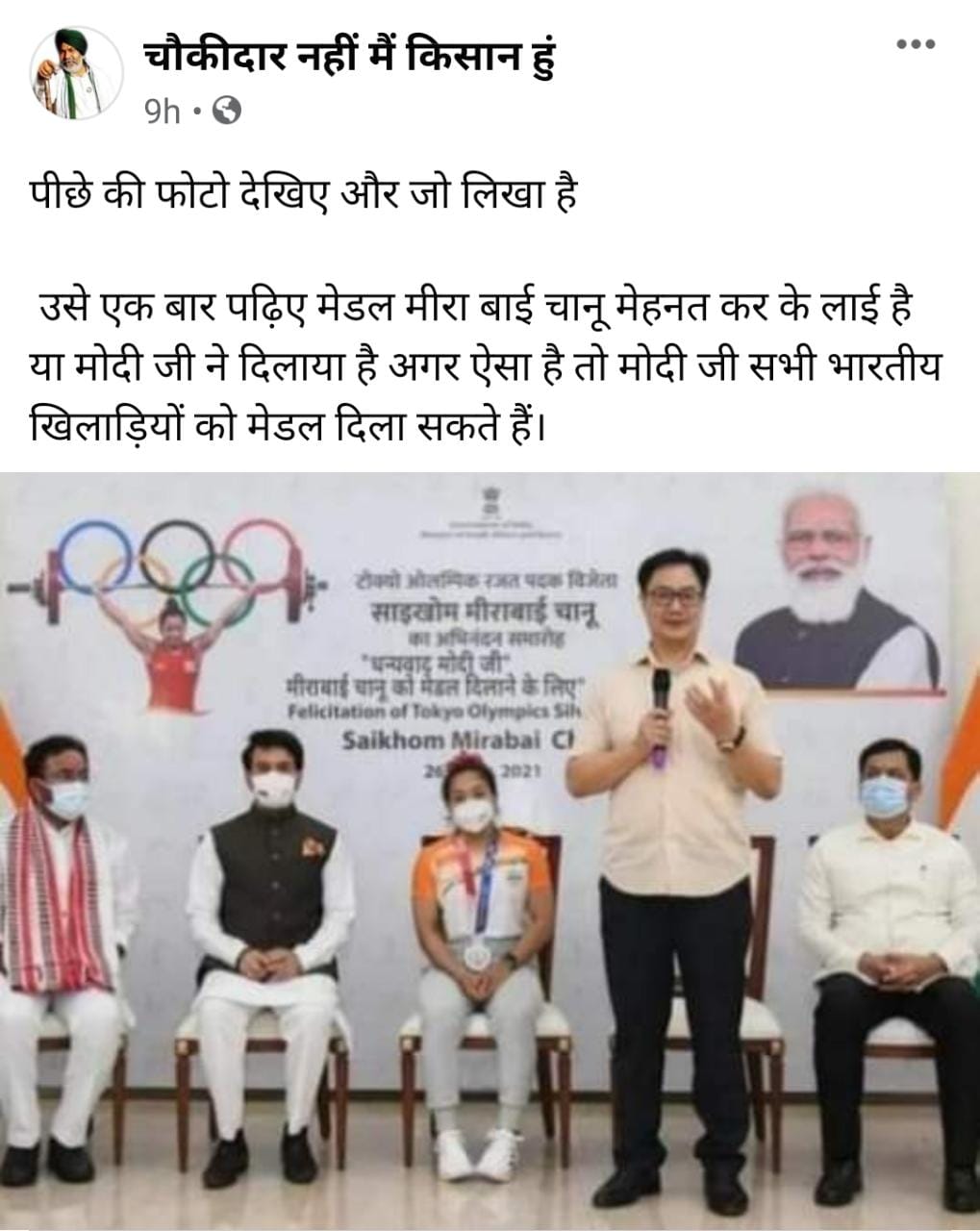 In our investigation, we found that the viral image is misleading and the image is morphed.

After doing a reverse image search on Google using related keywords, we found the original image was published in a Ministry of Youth Affairs and Sports press note on 27 July. 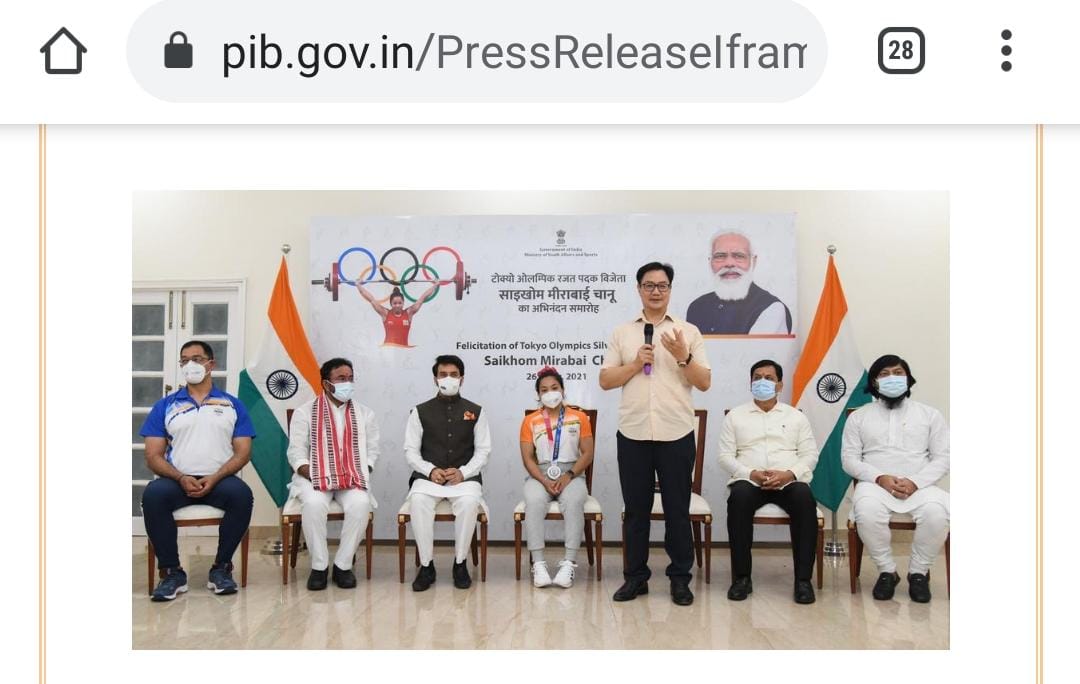 India’s first medal winner at the Tokyo Olympics Saikhom Mirabai Chanu and her coach Vijay Sharma returned to the country yesterday (26th July 2021) evening and were given a hero’s welcome and were felicitated by Union Sports Minister Shri Anurag Singh Thakur at his residence. Union Minister for Law and Justice Minister Shri Kiren Rijiju and Union Minister for Tourism, Culture and Development of North-Eastern region Shri Kishan Reddy, Union Minister of Ports, Shipping and Waterways & Minister for AYUSH, Sh Sarbananda.

We also compared both the viral image and the original image and found that the text “Thank you, Modi Ji, for getting Mirabai Chanu a medal” is not written on the banner. 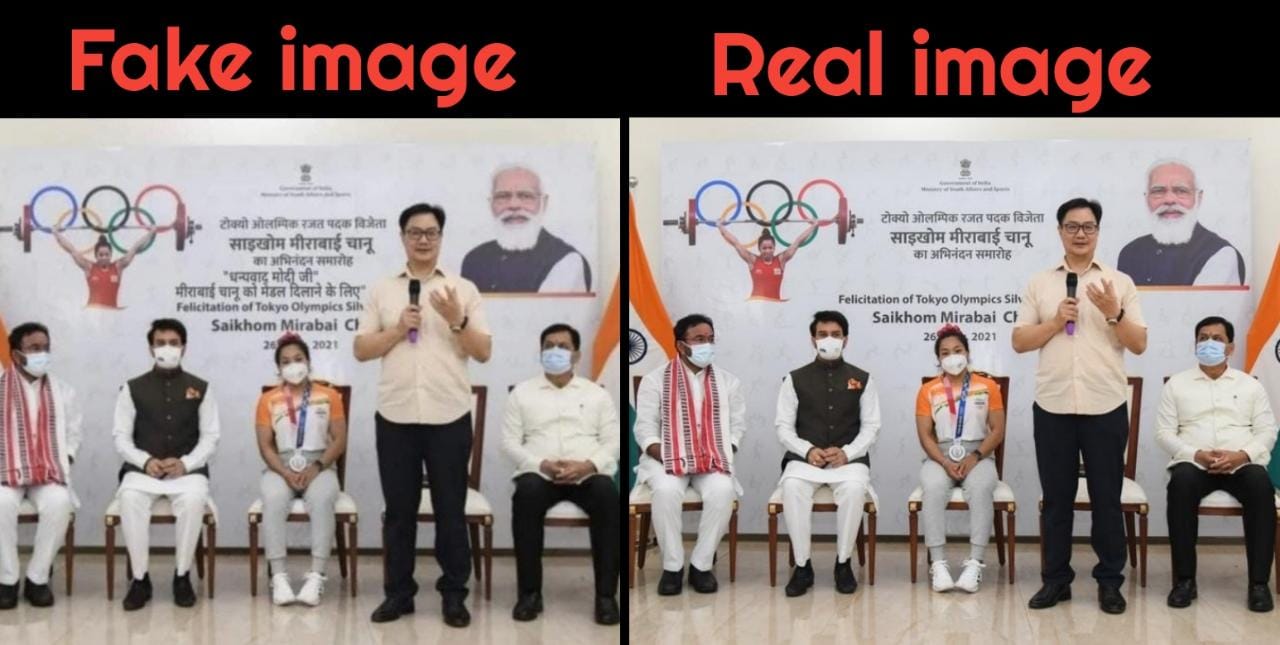 Union Minister for Law and Justice Minister Kiren Rijiju had tweeted a set of photos on 26 July, in which the original image can be seen. 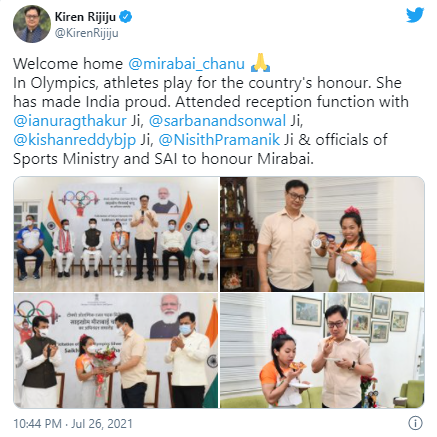 The text written on the banner in the backdrop reads: 'Felicitation of Tokyo Olympics Silver Medalist Saikhom Mirabai Chanu, 26 July 2021'.

In conclusion, a congratulatory banner for Olympics silver medallist Mirabai Chanu by the Indian government carrying a text, “Thank you, Modi Ji, for getting Mirabai Chanu a medal" is morphed.