Fact Check: Old Picture of floods in Bangladesh is being shared to show flood situation in India 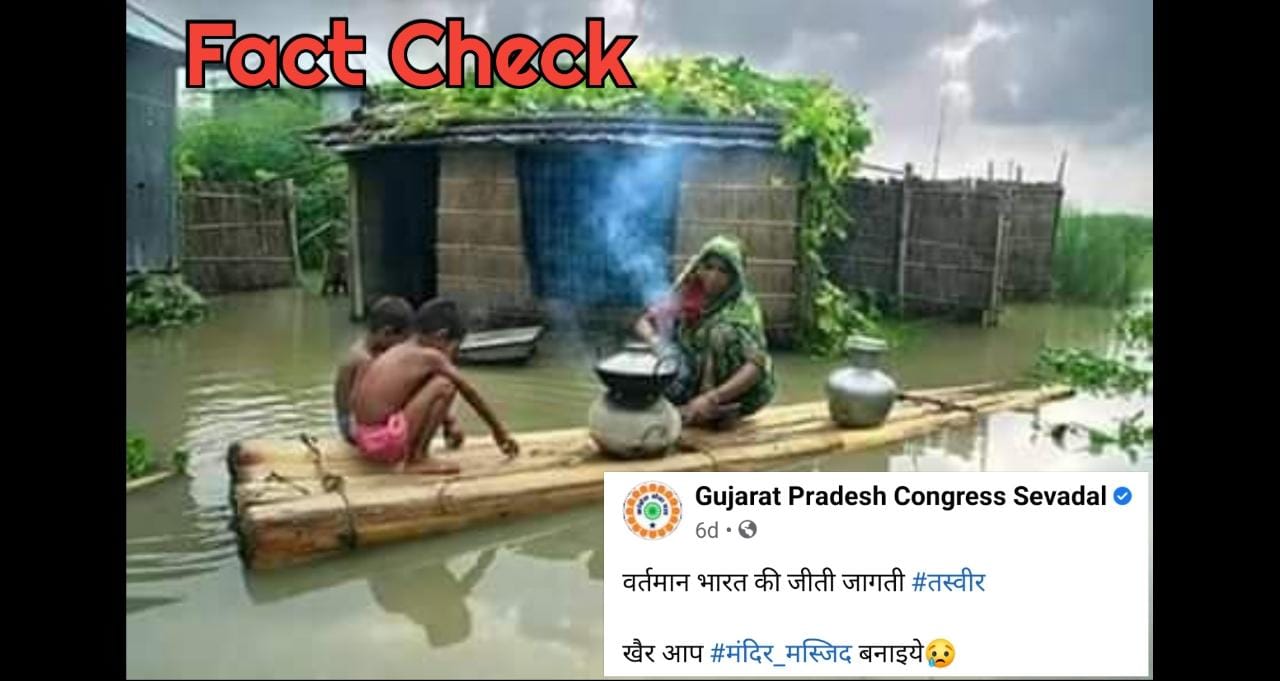 An old image from 2016 showing the flood situation in Bangladesh was used to falsely claim that it's a recent visual from India.

An image showing a woman cooking food on a makeshift boat in the middle of the water is being shared on social media to claim that it shows the current situation in India.

The photo was shared by the Gujarat Pradesh Congress Sevadal on Facebook with the caption “A live example of present India, anyway, you keep building mosques and temples”. 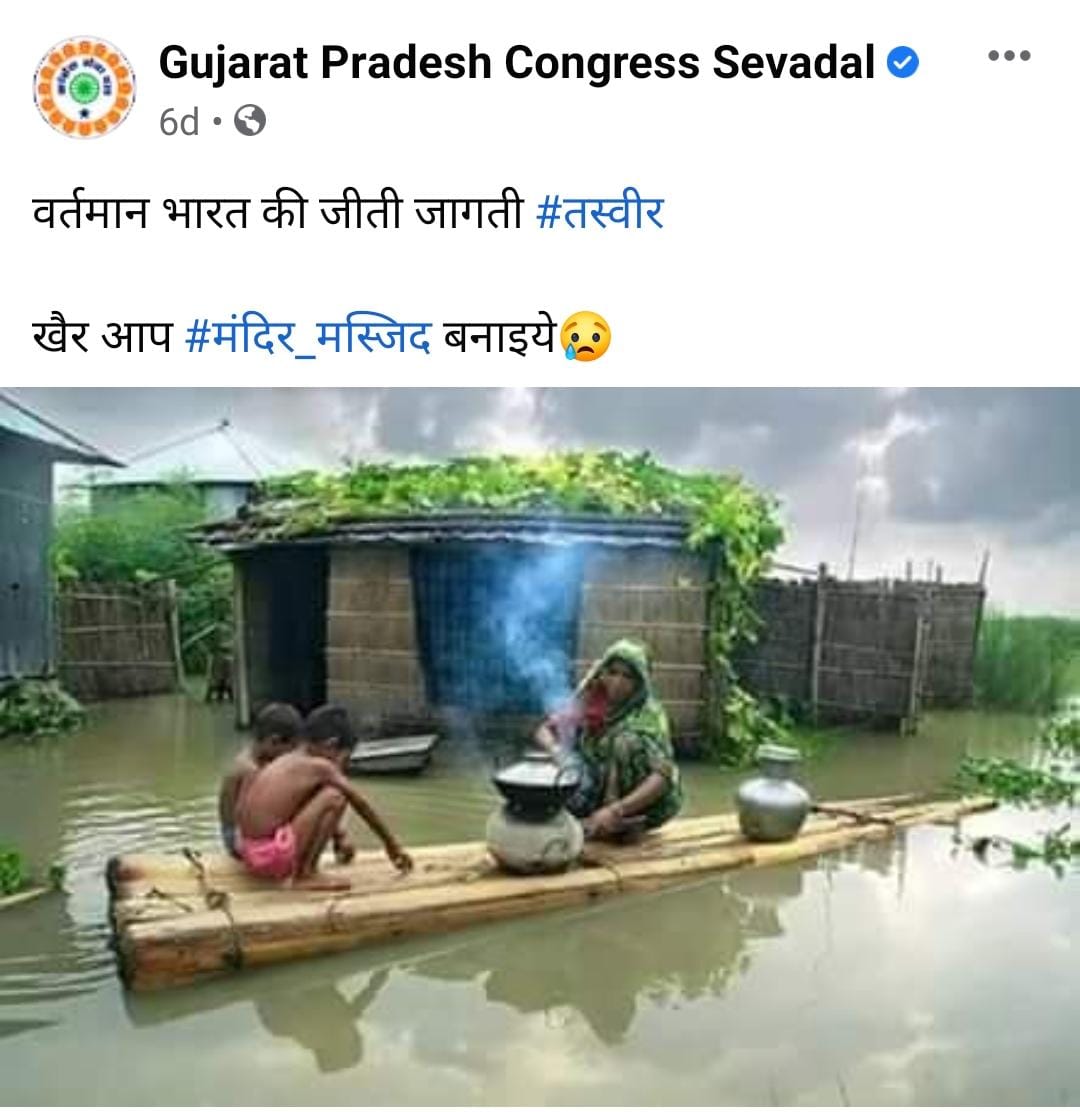 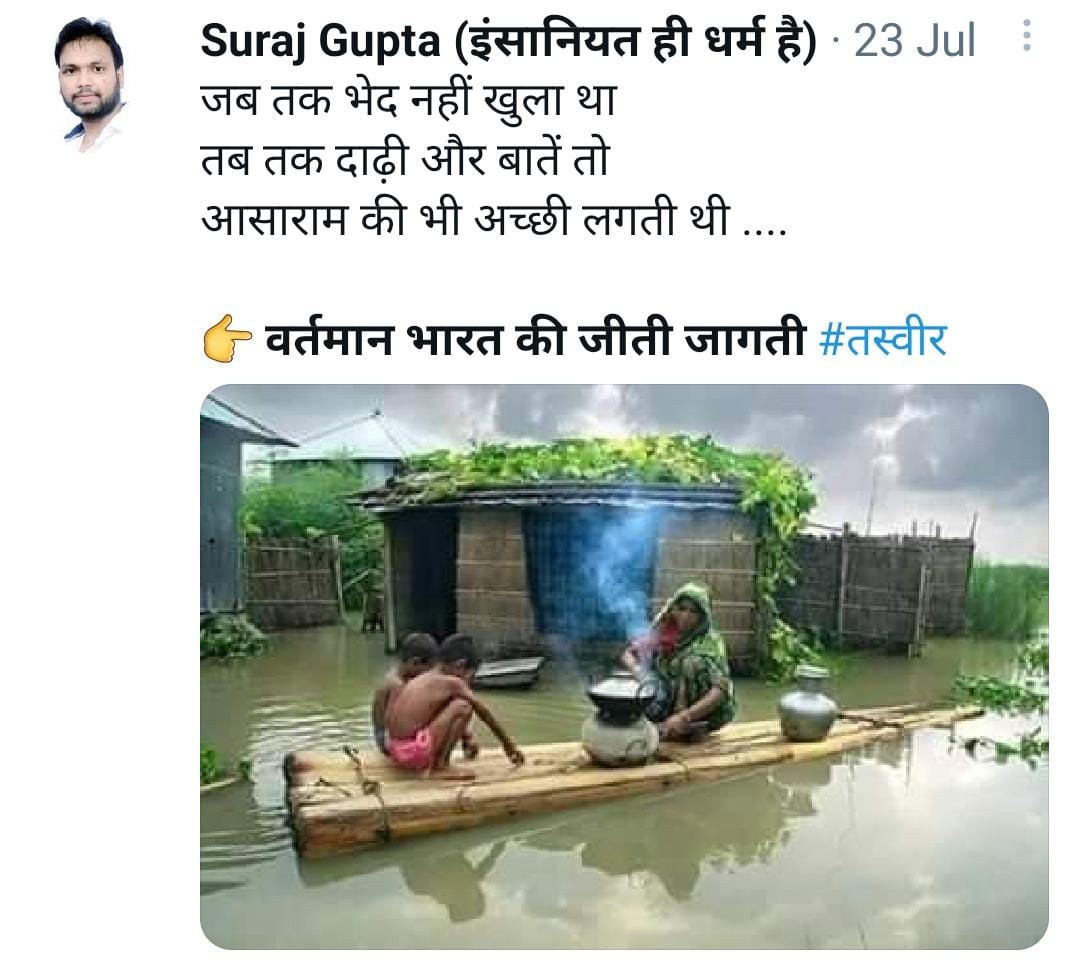 In our investigation, we found that the viral claim is misleading. This is a picture of Bangladesh from 2016, not of India.

After doing a reverse image search on Google, we found a PDF file of the "International Federation of Red Cross and Red Crescent Societies" (IFRC), a humanitarian aid organization, in which the viral image was used. 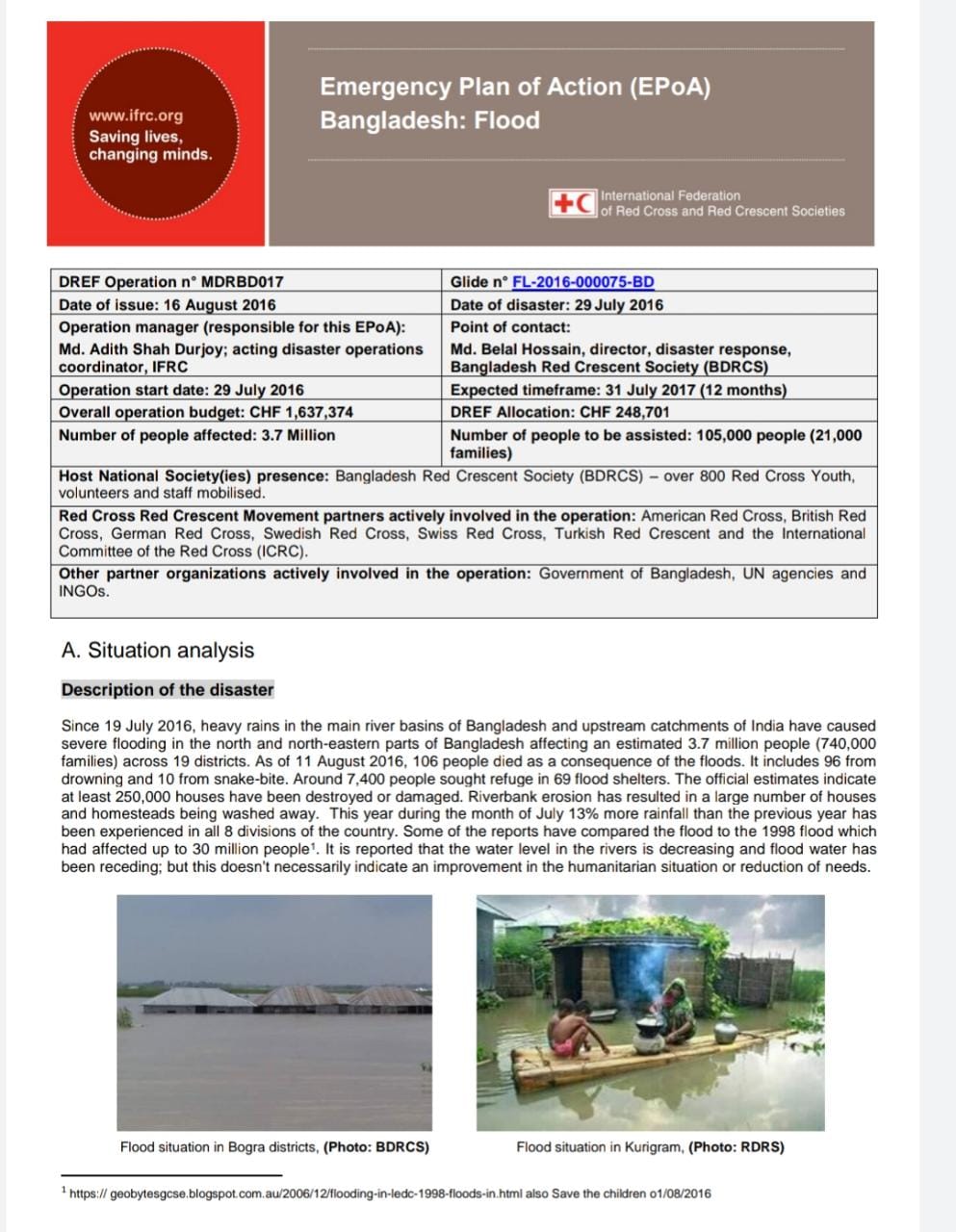 We also found this picture on the photo-sharing website Pinterest. And the picture was credited to photographer Shamsul Haque Suza. 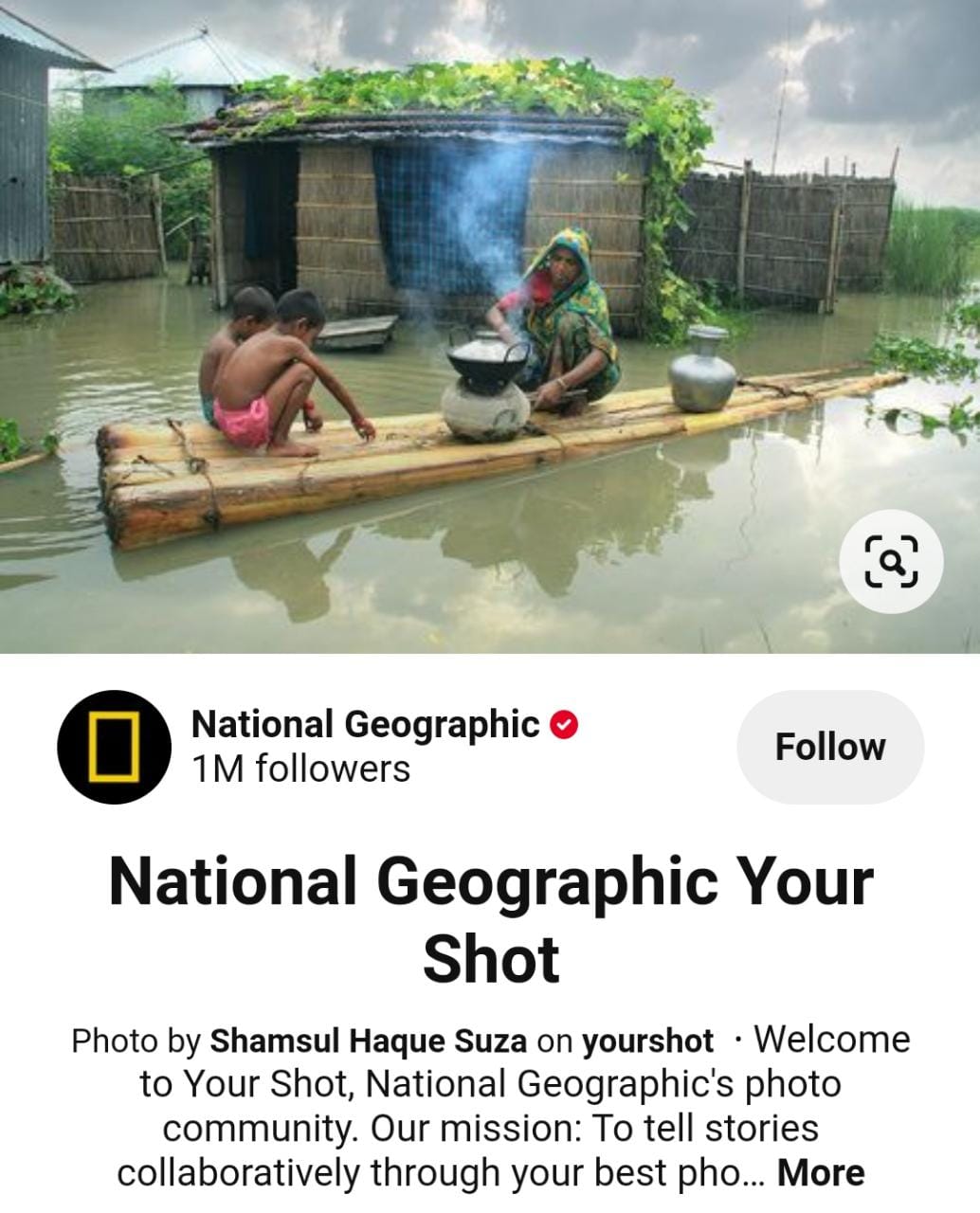 It was learned that some news websites have also published news in the last few years by telling the picture to be of India. In some places, the picture has also been linked to the floods in Nepal.

In conclusion, an old image from 2016 showing the flood situation in Bangladesh was used to falsely claim that it's a recent visual from India.