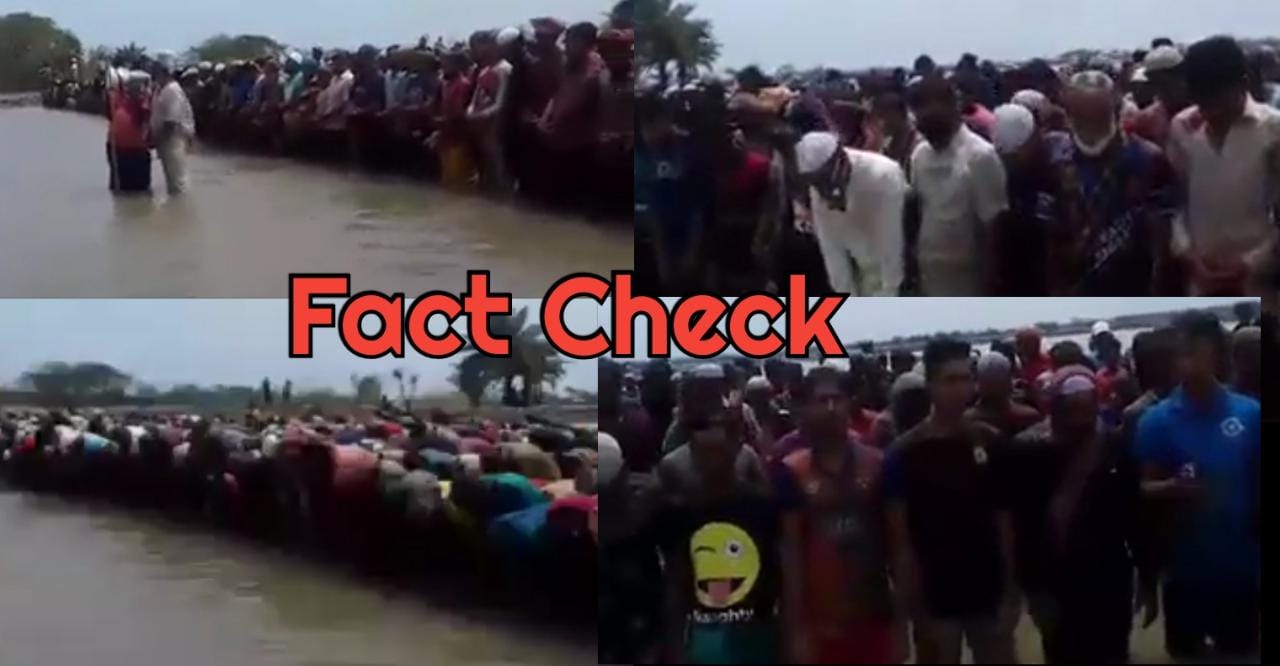 The viral video showing people offering namaz in the aftermath of Cyclone Amphan is from Bangladesh, and the video has nothing to do with India or the river Ganges.

Video of some people offering namaz in knee-deep water is doing the rounds on social media with the claim that Muslims are planning to capture lands by chanting Azaan in the river Ganges.

A Facebook user shares the video with a caption in Hindi that can be roughly translated to “This is how Muslims are planning to capture land by chanting Azaan in the river Ganges. Their plan is to build temporary residences on the riverbanks and later make them permanent as the next battle of the world is going to be for water. And by living on the banks of the Ganges, these Muslims will elevate Islam. I request all of you Hindu brothers that if you believe in Ram and Krishna, then please help to make this video viral." 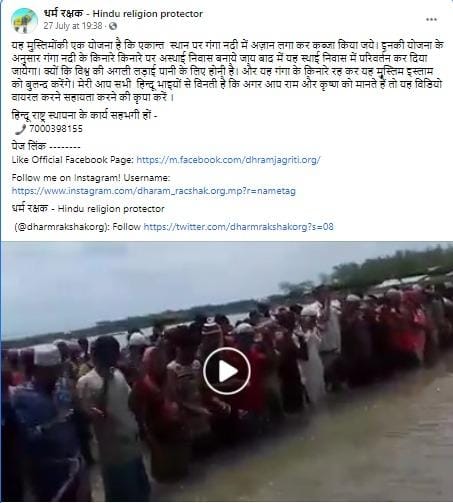 After doing a reverse image search on Google and also by using related keywords, we found that the same video was uploaded by several news channels of Bangladesh on YouTube. A YouTube channel name SOMOY TV  published this video on 26 May 2020. As per the video the incident had happened in Khulna in May 2020 during Eid.

We also found a report by Daily Bangladesh, dated May 25, 2020, in which the screengrab from the viral video can be seen. According to the report, thousands of people of Koyra Upazila in Khulna, Bangladesh offered Eid-ul-Fitr prayers standing in knee-deep water as cyclone Amphan flooded several villages of the Upazila after breaking embankments. 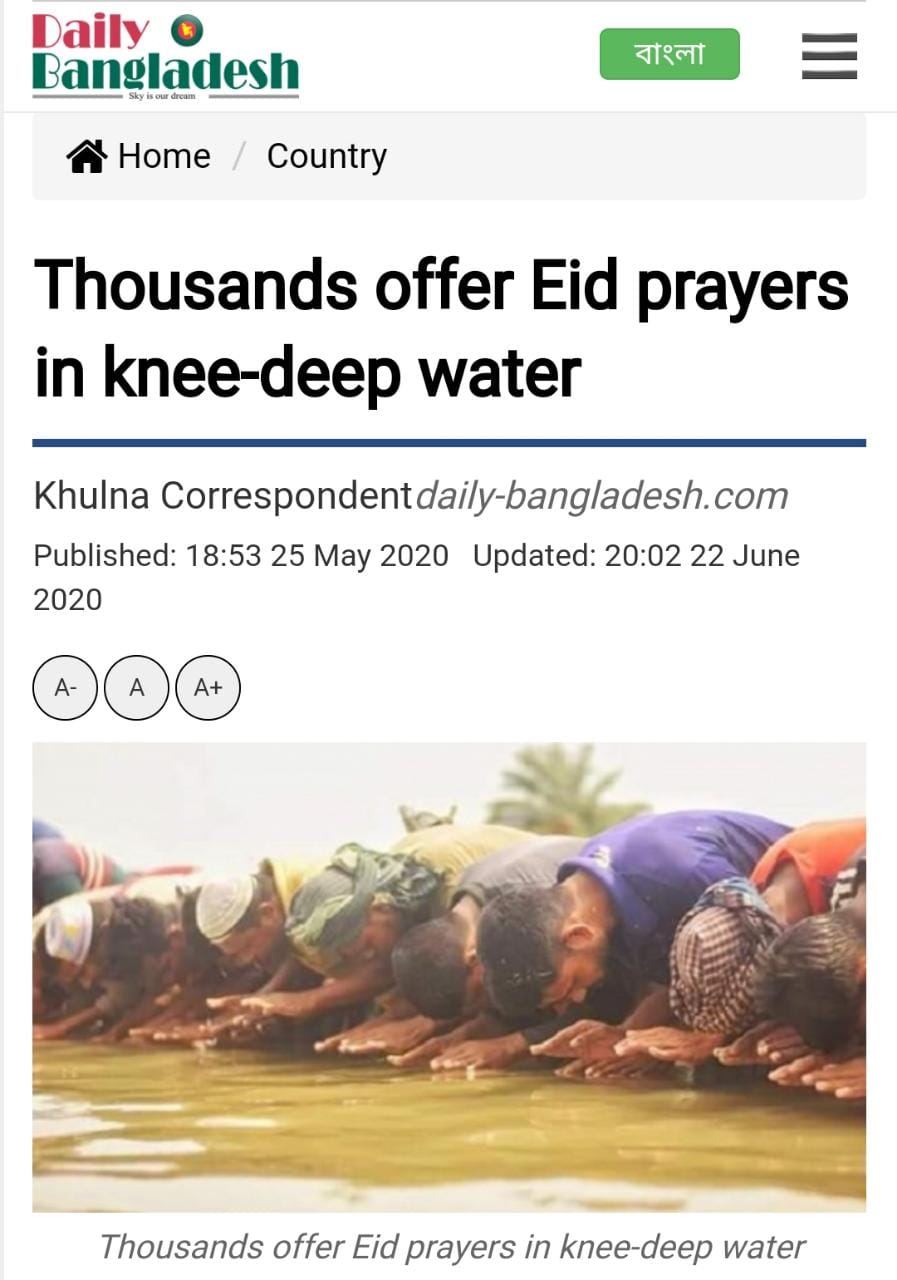 Article published by news portals from Bangladesh on May 25, 2019, consists of a still from the same video. As per the report, when the people of the country are celebrating Eid-ul-Fitr amid festivity, many residents of the southwestern districts are busy rebuilding their broken houses and embankments damaged during cyclone 'Amphan'. At Khulna's Koyra Upazila, the cyclone destroyed the embankment and flooded a vast swathe of the area, forcing thousands of people to offer Eid prayers standing in knee-deep water. 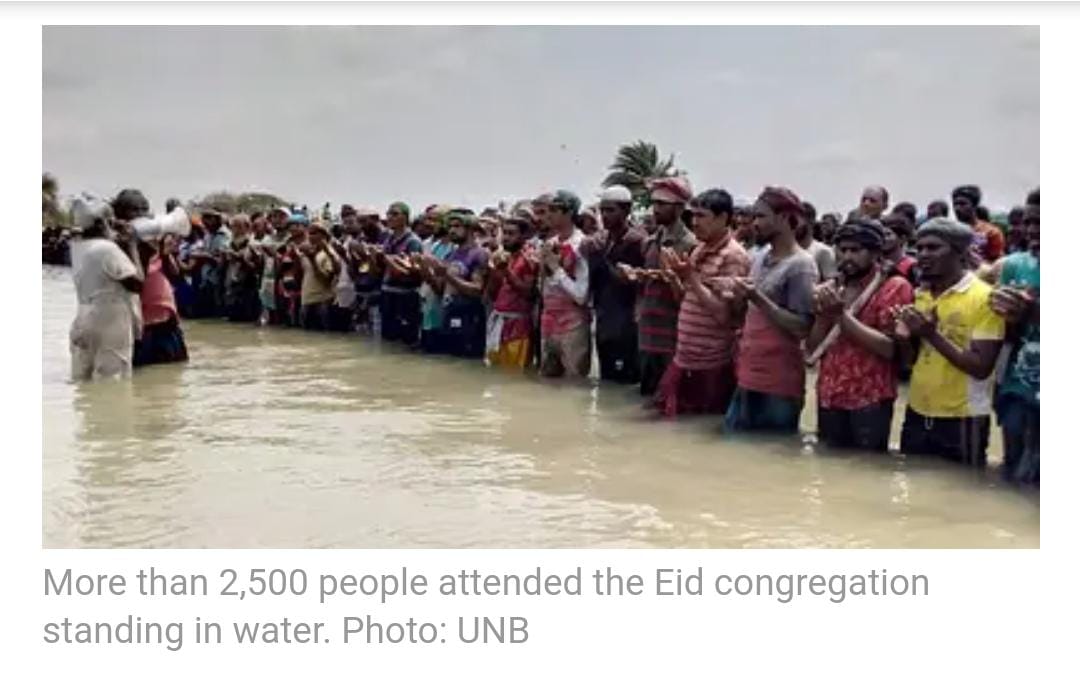 In conclusion, the viral video showing people offering namaz in the aftermath of Cyclone Amphan is from Bangladesh, and the video has nothing to do with India or the river Ganges.