A picture of the cop sitting on top of the woman and hitting her is shared by many with claims that the police officer in the picture was assaulting a woman. However, police denied such allegations and said the woman tried to free the accused and got into a scuffle with them.

A picture of a police officer allegedly sitting on top of a woman went viral on social media with a claim that the police officer in the picture was assaulting a woman.

Former Uttar Pradesh Chief Minister and Samajwadi Party chief Akhilesh Yadav shared a screengrab of a viral video and attacked the BJP Government. He wrote, "Due to the misbehavior of some policemen who became benevolent of the BJP government in UP, the image of the entire police in the state is tarnished. There is no dearth of Dushasan in the BJP rule. Disgusting!" 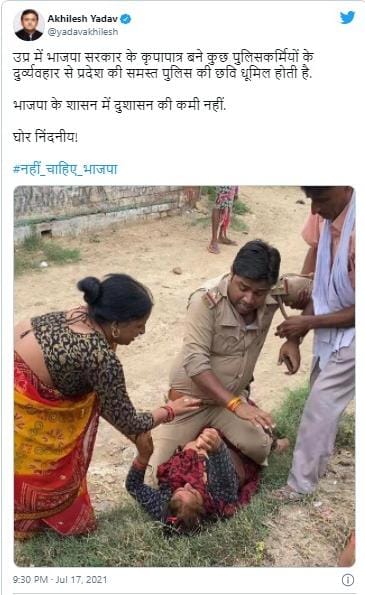 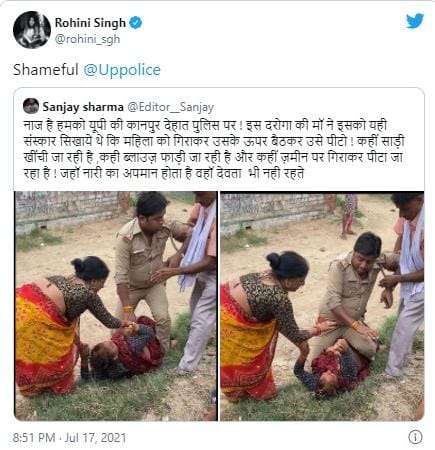 After doing a search on google we found a statement by the Kanpur Rural Police who clarifies that the viral image is misleading. The incident happened in Uttar Pradesh's Kanpur Dehat district and the officer, identified as Pukhrayan outpost in-charge Mahendra Patel. According to the police, cops were attacked by the women of the family of Shivam Yadav, who had threatened a candidate in the panchayat elections. As per the Kanpur Dehat police, when the police team went to the village in search of Yadav, his relatives attacked the cops. During the search operation, Patel had an altercation with Yadav's wife in Durgadaspur village. 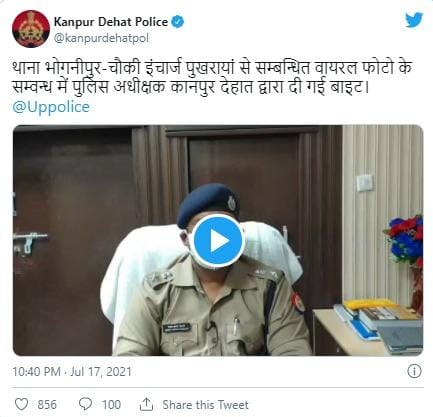 Kanpur Dehat Police in their statement said the videos show that Patel, who is the in-charge of the Bhognipur police post, fell on the woman as she pulled him from his shirt's collar. 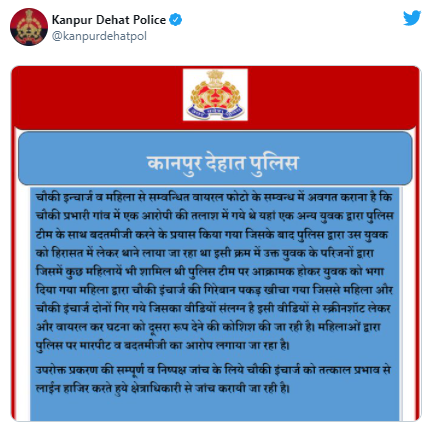 Kanpur Dehat SP Keshav Kumar Choudhary said that the incident is being probed by the local Circle Officer. “An outpost-in-charge had gone to search for an accused at a village in the Bhognipur police station area. When he reached the village, he had an argument with a woman – a photograph of which has gone viral on social media. When the police team was searching for the accused, a youth misbehaved with them. He was being brought to the police station over his misconduct when his family members came out and started misbehaving with our team. A scuffle ensued during which the photograph was taken.

The SP claimed that the viral photograph misrepresents the whole issue. “There is a video as well. In the clip, the woman is seen as the aggressor,". 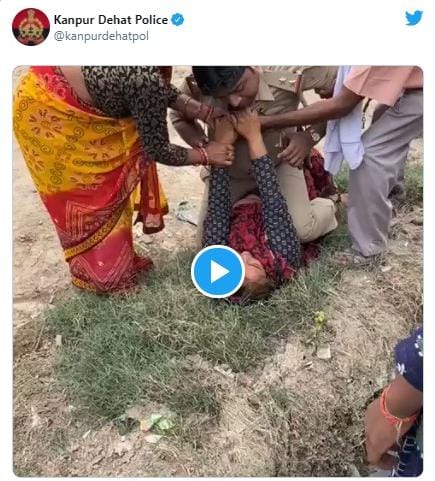 You can watch the videos here:

Aarti, however, denied their claims and said she was beaten badly because she wanted to know why her husband was being taken away. “He slapped and then dragged me down to the ground. He then sat on top of me and started hitting me badly. The villagers intervened and rescued me,” Aarti told reporters. She also alleged that Patel demanded money to release Yadav and the family’s refusal enraged him.

However, police denied such allegations and said the women tried to free the accused and got into a scuffle with them. A probe has been ordered into the incident.

In conclusion, a picture of the cop sitting on top of the woman and hitting her is shared by many with claims that the police officer in the picture was assaulting a woman. However, police denied such allegations and said the woman tried to free the accused and got into a scuffle with them.