The viral image from Bangladesh that was captured during a celebration of a festival in Chittagong is falsely shared with the claim that a crowd had gathered to welcome Owaisi in UP.

A picture of a massive crowd near a flyover has been shared on social media with a claim that people welcomed All India Majlis-e-Ittehadul Muslimeen (AIMIM) chief Asaduddin Owaisi at Uttar Pradesh Gate in Ghaziabad. The photo is being shared in the context of the upcoming elections in Uttar Pradesh.

A Facebook user shares a post with a claim that "The Delhi gate of Ghaziabad has been decorated for the Istqbal of Barrister Asaduddin Owaisi.
Mission 2022 to conquer Uttar Pradesh with great pomp, 50 media vehicles running behind Owaisi-sahib just to catch a glimpse. A convoy of 3 thousand vehicles only from Moradabad only, a caravan of 2500 vehicles left from Muzaffarnagar to welcome Owaisi-sahib. " 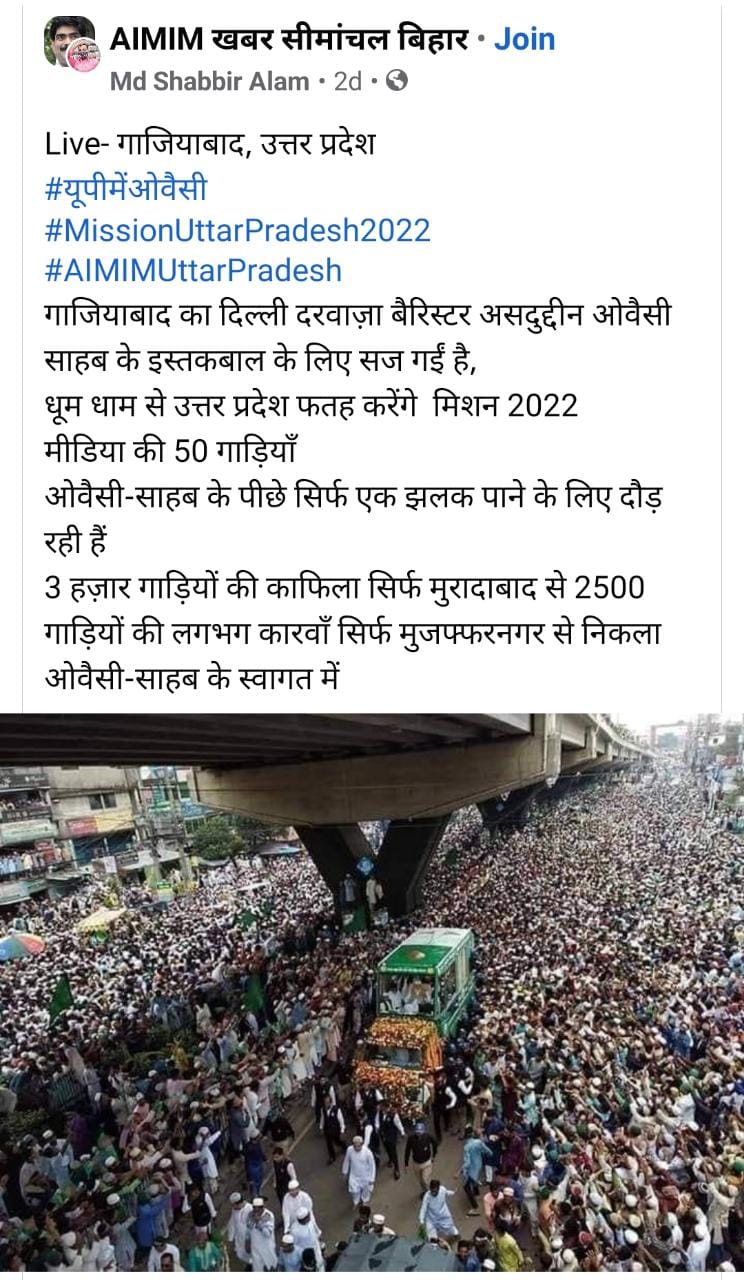 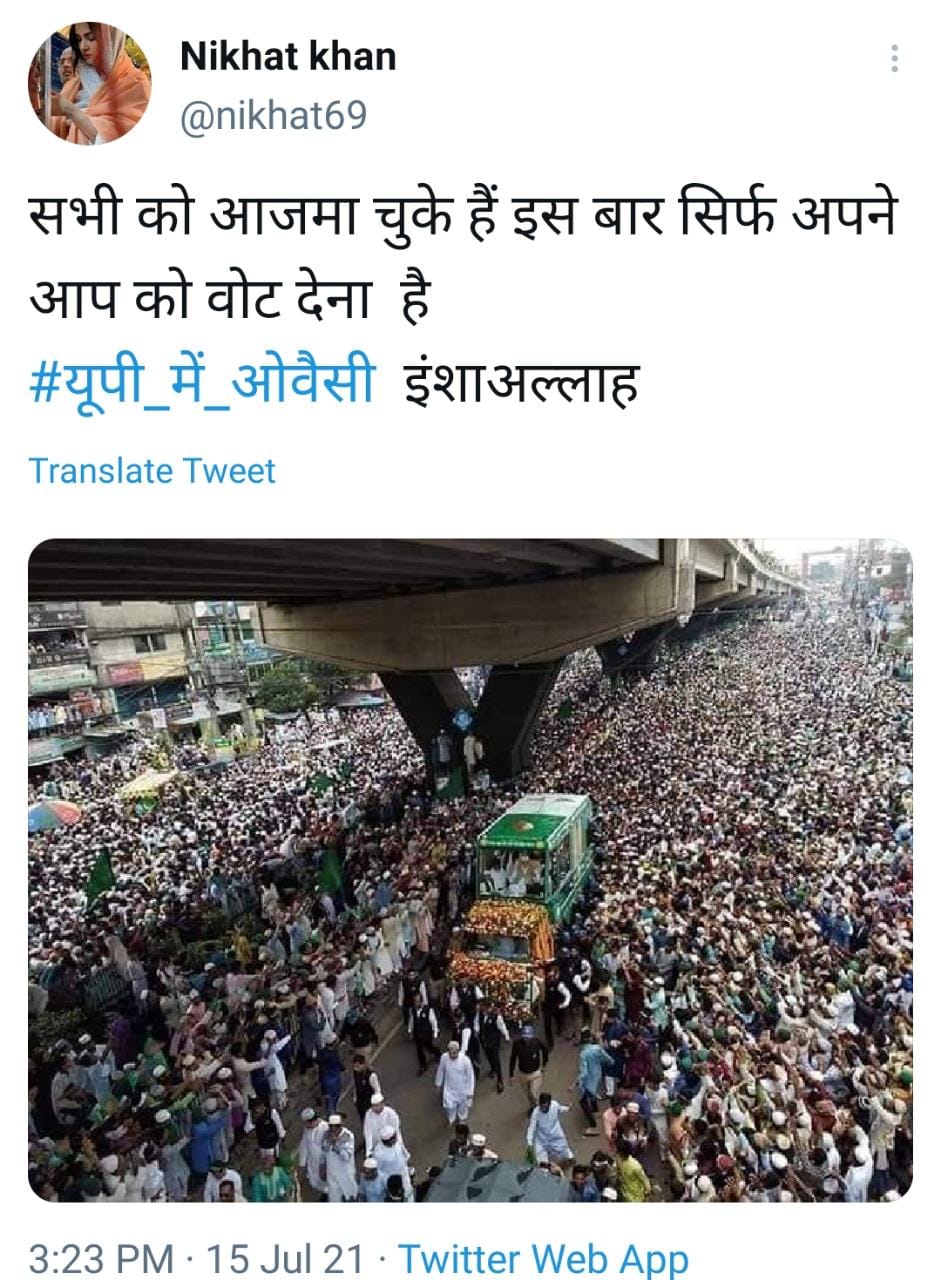 In our investigation, we found that the viral image is misleading. The picture was taken in Bangladesh in 2019 when a huge procession was organized on Eid-Milad-un-Nabi, the birthday of Prophet Muhammad, in Chittagong’s Muradpur area.

We also found a similar image of the procession on the Bangladesh news portal “Bangla News 24”. According to the article published on November 10, 2019, thousands of Muslim devotees took part in a procession ‘Jashne Julush’ in the Lalkhan Bazar area of Chattogram to observe the holy Eid-e-Miladunnabi, marking the anniversary of the birth and demise of Prophet Muhammad. 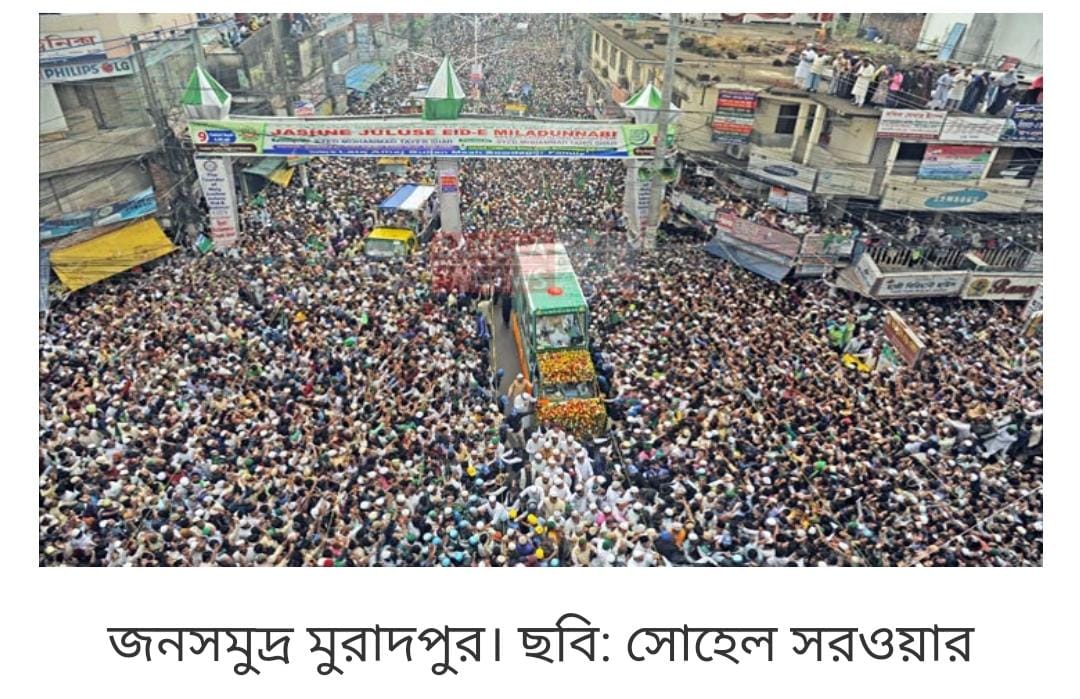 Here is the comparison of both the viral and real images.

The same claim had earlier gone viral with a claim that shows a large number of people from the Muslim community gathered at  ‘Mohammad Ali Road’ in Mumbai in protest against CAA. We had debunked the claim back then.

In conclusion, the viral image from Bangladesh that was captured during a celebration of a festival in Chittagong is falsely shared with the claim that a crowd had gathered to welcome Owaisi in UP.