A video from a religious festival in Taiwan is circulating on social media with the claim that it shows the celebrations in Italy after it won the Euro Cup.

In a viral video being shared on social media, we can see a string of firecrackers going off as people standing nearby record the spectacle on their cell phones. Several social media users shared the video along with the different captions.

The video was widely shared on Facebook, with one of the users Dr.Shiv Kumar Chakravarti posting the video with the claim 'Italy's celebration on euro cup-winning. No pollution for them, only India's Dipawali crackers pollute the world.' Many other Facebook users posted the same video with similar claims, which you can see here.

In our investigation, we found out that the video which is going viral shows people walking past a lane filled with firecrackers as part of the Baishatun Mazu pilgrimage in Taiwan. Baishatun Mazu is a pilgrimage held annually between lunar January and April in Taiwan's Miaoli County for the sea goddess Matsu.

We did a reverse image search on Google and found a video on Facebook posted on 18 April with the caption written in Chinese that can be translated as 'Baishatun Mazu goes on tour'. 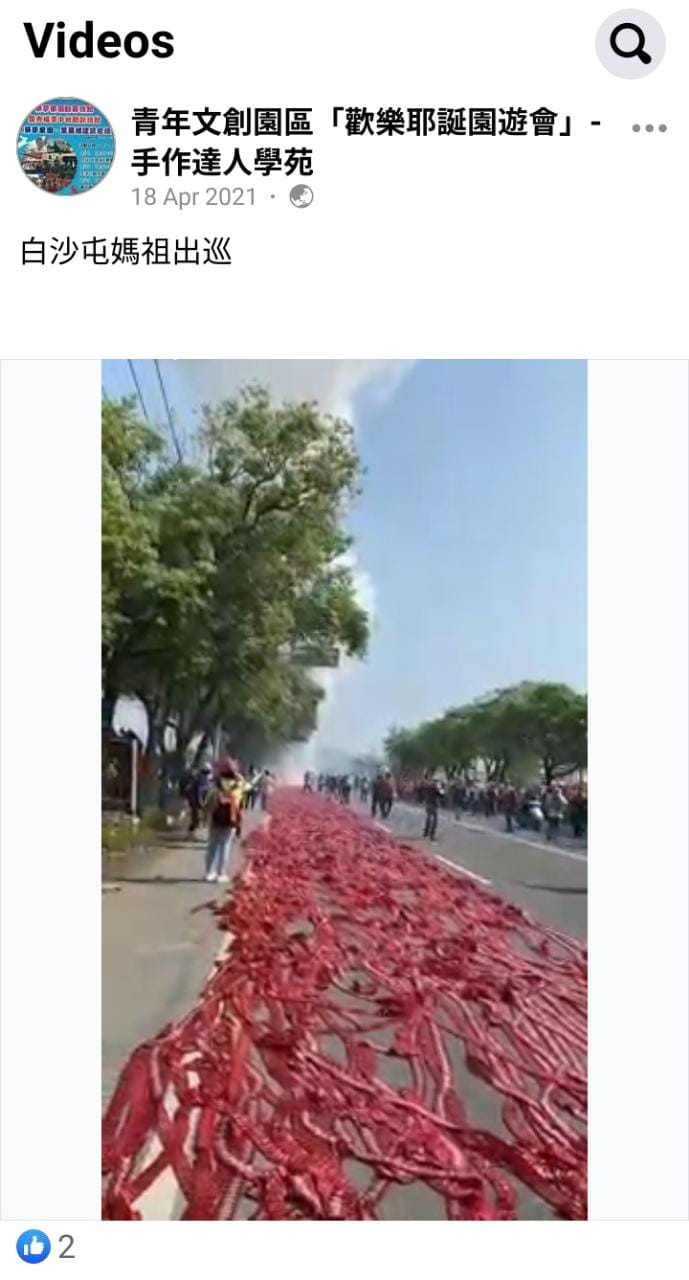 We also did a keyword search and found nine minutes and forty seconds long video on YouTube published by a Taiwan-based news channel SETN on April 16, 2021, with the title texted in Chinese that can be roughly translated as ' Firecrackers stretch for 500 meters to warmly welcome Baishatun Mazu.'

In conclusion, we can say that a three-month-old video from Taiwan has been doing rounds as Euro Cup celebrations in Italy.