The video of Chuli Jain Temple in Gujarat is viral on social media as Ayodhya's Ram Mandir.

A video of a temple is viral on social media with the claim that the video is of the Ram Mandir in Ayodhya. The 3.54 minutes video shows the exterior of the temple and a man cleaning the temple's sculptures.
This video was widely shared on WhatsApp with the message text as' Exterior Sculptures at Sree Ram Mandir, Ayodhya'. 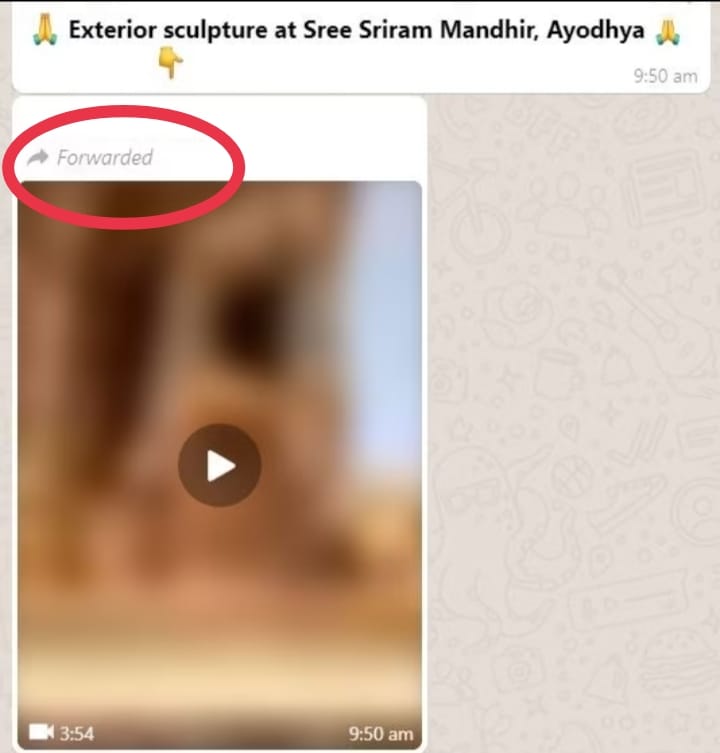 In our investigation, we found that the viral video is from Chuli Jain Temple at the Halvad - Dhangadhra highway road in Chuli, Gujarat.

After breaking the video into several keyframes, we did the reverse image search which showed search results for Chuli Jain Temple in Gujarat not Ram Mandir in Ayodhya.

We also found the same video tweeted by several Twitter users with different captions, one of the Twitter users named Vasudevan Gopalaswamy tweeted the same video with the caption 'India is not just Tajmahal. Explore India to know the amazing, architectural wonders of Hindu, Jain, Sikh temples. Chuli Jain temple is situated 12 km from Dhangadara city toward Halavad. The wonderful, intricate stone carvings are bound to mesmerize anyone!'

You can see the video on Twitter with different captions here.

We also found the same video on youtube also with different titles.

We also found the tweet official account of Shri Ram Janmbhoomi Teerth Kshetra with the caption 'after discussions with experts regarding the foundation of Shri Ram Janmbhoomi Mandir, it has been decided that foundation work will be done using Roller Compacted Concrete technique. Total 40-45 layers of concrete will be put in a 1,20,000 sq feet area. 4 layers have been completed.' That means the construction at Ram mandir is still going on. 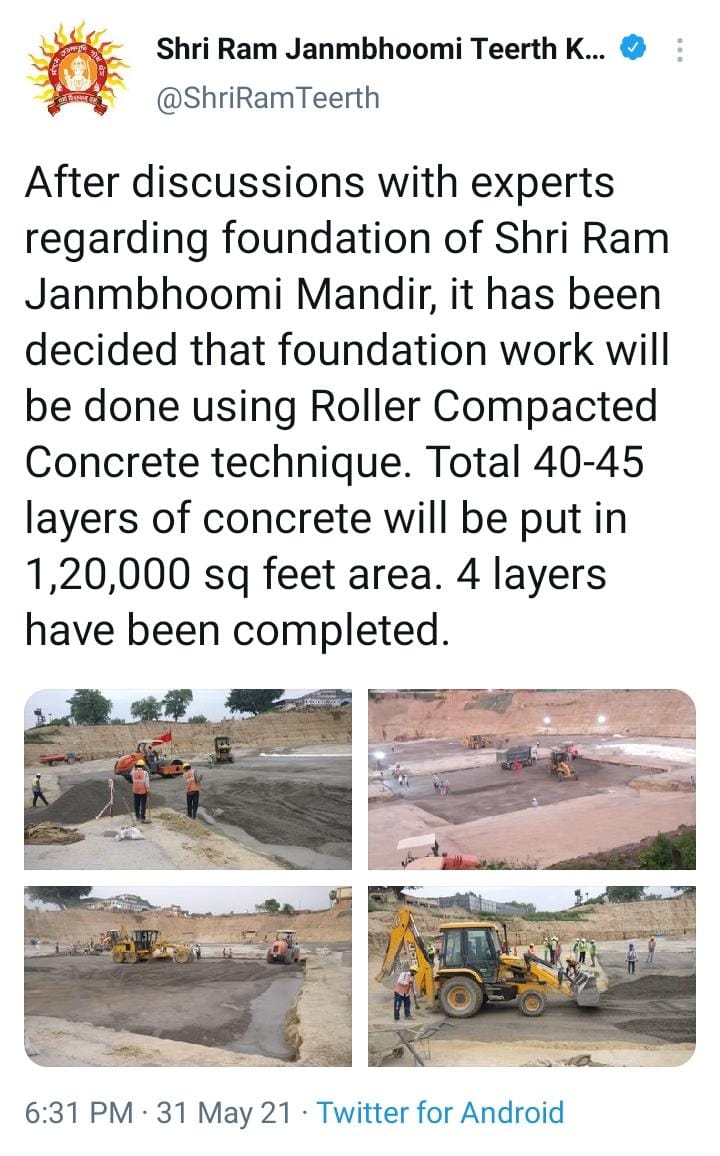 In conclusion, the video was falsely shared as of Ram Mandir but is actually of Chuli Temple,  Gujarat.