An old video from 2013 when the veteran actor Dilip Kumar was admitted to Mumbai’s Lilavati Hospital following a cardiac infection, is being passed off as a recent one. 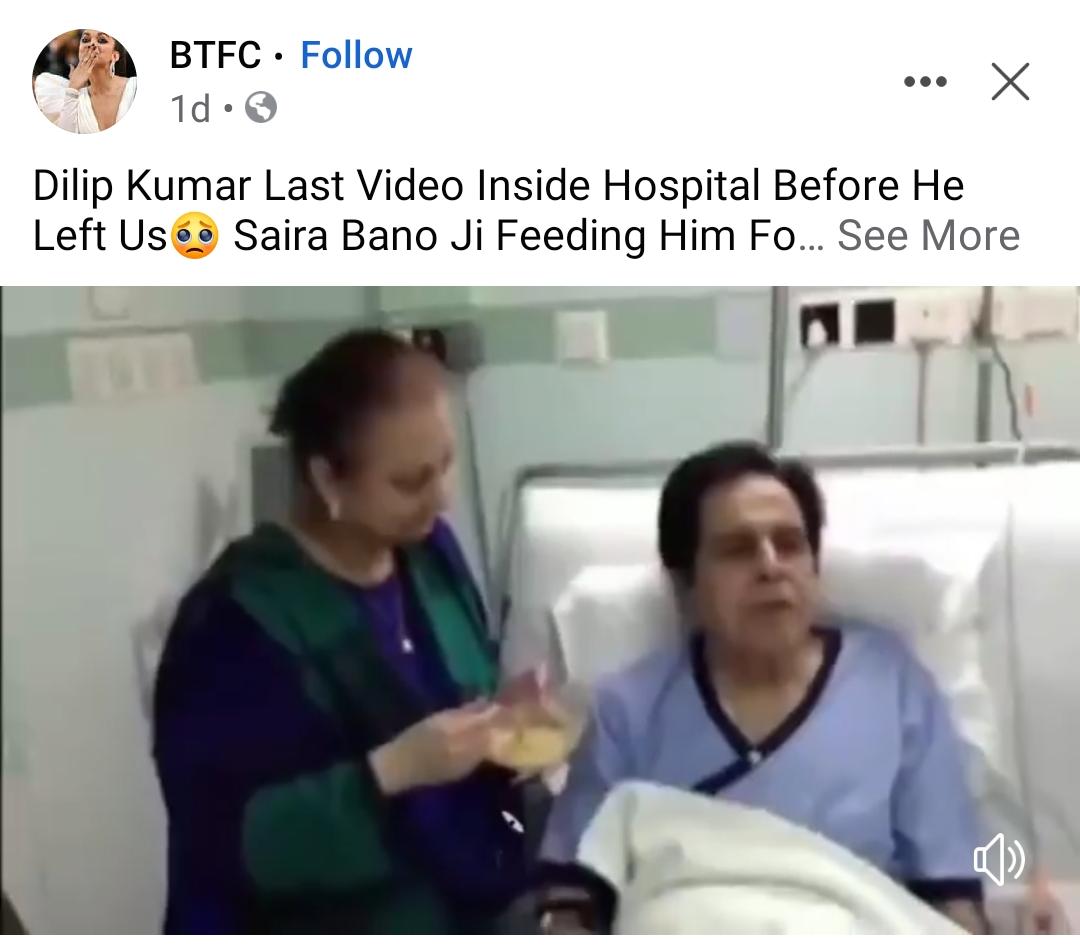 In our investigation, we found that the viral claim is misleading. This video is from 2013 when Dilip Kumar was admitted to a hospital in Mumbai.

After doing a reverse image search using the keyframes of the video, we found the same screengrab of the viral video in a news report of The Indian Express. 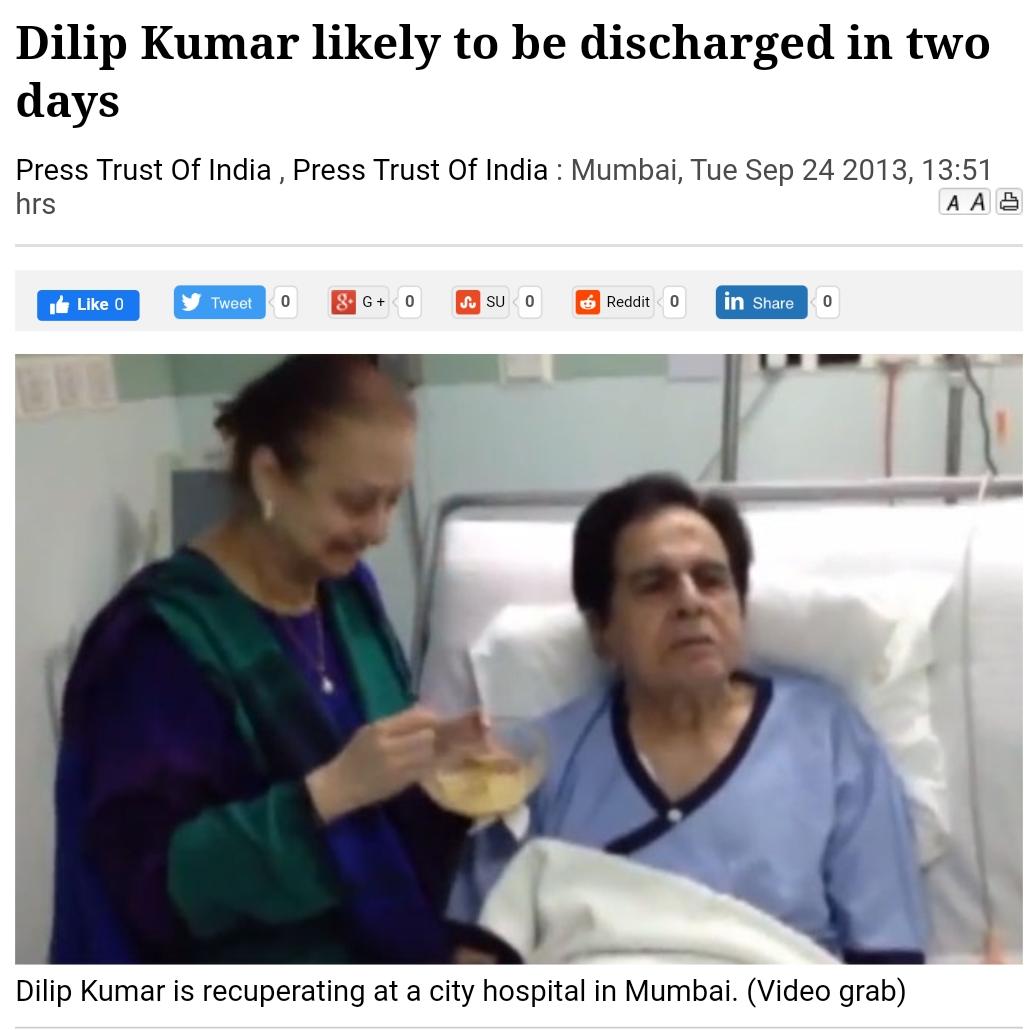 As per the report, the veteran actor was admitted to Lilavati Hospital on September 15, 2013, after he complained of uneasiness. The doctors had later said that he had suffered a myocardial infarction.

On September 22, 2013, the official Twitter handle of Dilip Kumar posted the same video. He wrote, "Thank you for your prayers and love. Resting in the hospital. Video from yesterday,” 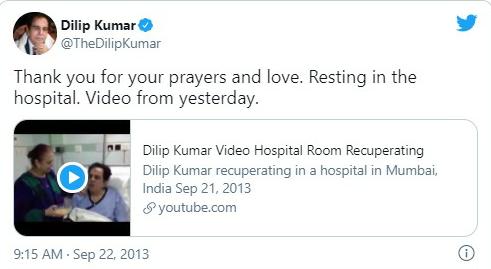 In conclusion, an old video from 2013 when the veteran actor Dilip Kumar was admitted to Mumbai’s Lilavati Hospital following a cardiac infection, is being passed off as a recent one.