This video of a woman getting brutally thrashed with sticks by a group of men is from the Alirajpur district of Madhya Pradesh and not from Uttar Pradesh.

A video is going viral on social media, in which a group of men can be seen brutally thrashing a woman with sticks. It has been claimed that the videos are from Uttar Pradesh.

A Twitter user name Indrajeet Verma shared the video with a caption, "Friends, this video is from Moradabad, UP. All limits of cruelty have been crossed with a woman here. My Honorable UP CM Yogi Adityanath. Up Police, I request you to take cognizance of this matter and take action on these poor." 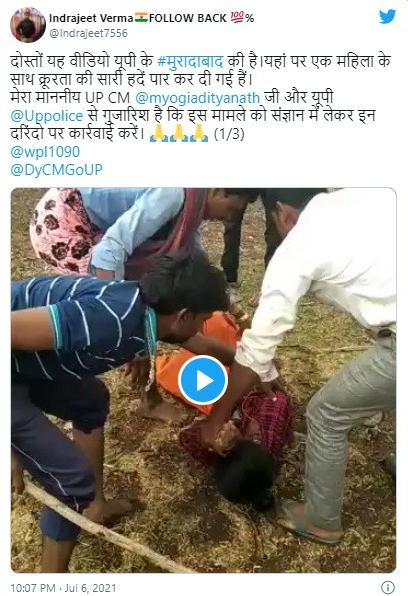 In our investigation, we found that the viral claim is misleading. The video is from the Alirajpur district of Madhya Pradesh.

After doing a search on Google, we found that a few days ago this video was massively widespread on social media. We found this video in the news published on July 3, 2021, on the website of Zee News Madhya Pradesh Chhattisgarh. 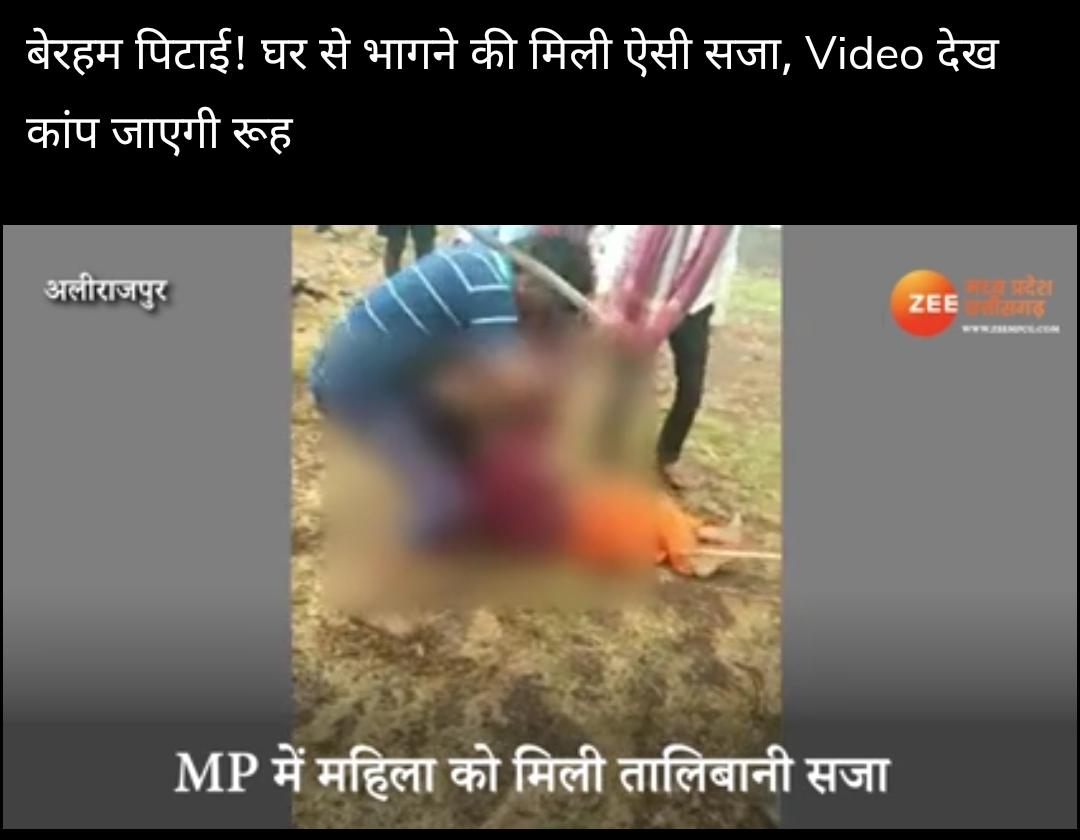 According to a report, a 19-year-old tribal woman was dragged by her hair, hung from a tree, and severely beaten up with sticks by her father and cousins in the Alirajpur district of Madhya Pradesh for leaving the house of her in-laws. 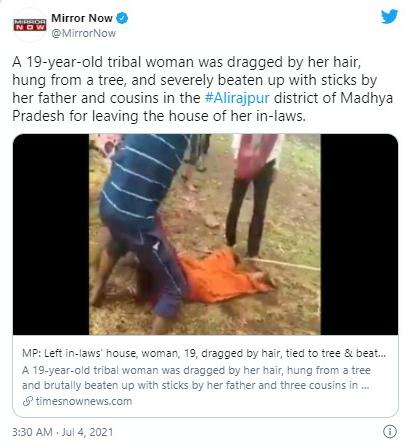 The visuals showed the victim's father, Kel Bhel, and her three cousins –Bhuwan Bhel, Karam Bhel, and Dinesh Bhel – hitting her with wooden sticks and saying, "Stop crying. Will you run away again?". Another video showed her relatives, including her father, assaulting her while she was tied up and hung from a tree.

Dilip Singh Bilawal, sub-divisional officer of Police, Jobat of Alirajpur district, said, "She has married three months ago to a 21-year-old man. Her family has taken three lakhs as dowry as per the tribal customs. But she often runs away from her in-laws' house, which upsets the parents." Soon after the video went viral, Alirajpur Police has registered an FIR against four persons under relevant sections of the IPC and they were rounded up. 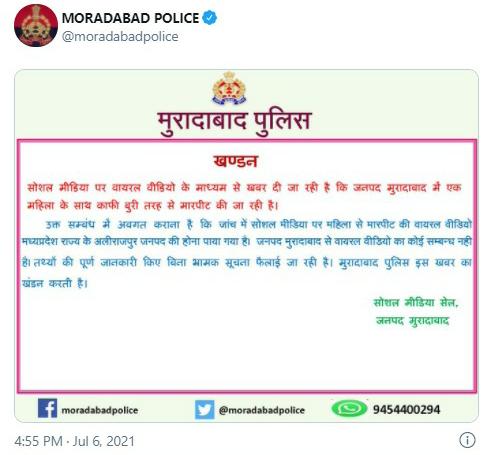 In conclusion, this video of a woman getting brutally thrashed with sticks by a group of men is from the Alirajpur district of Madhya Pradesh and not from Uttar Pradesh.