The original picture is from October 2018 when this board was put up against BJP MP Mahesh Sharma in a village in Uttar Pradesh. The image has nothing to do with Bihar.

A picture of a board is widely shared on social media. It is written on this board that the entry of BJP people is strictly prohibited in Jagdishpur, a village in Bhojpur, Bihar. The board also mentions that if BJP members come to the village, their legs will be broken.

A Facebook user name Shivangi Batra shared the post with a claim that "BJP's good days have begun". 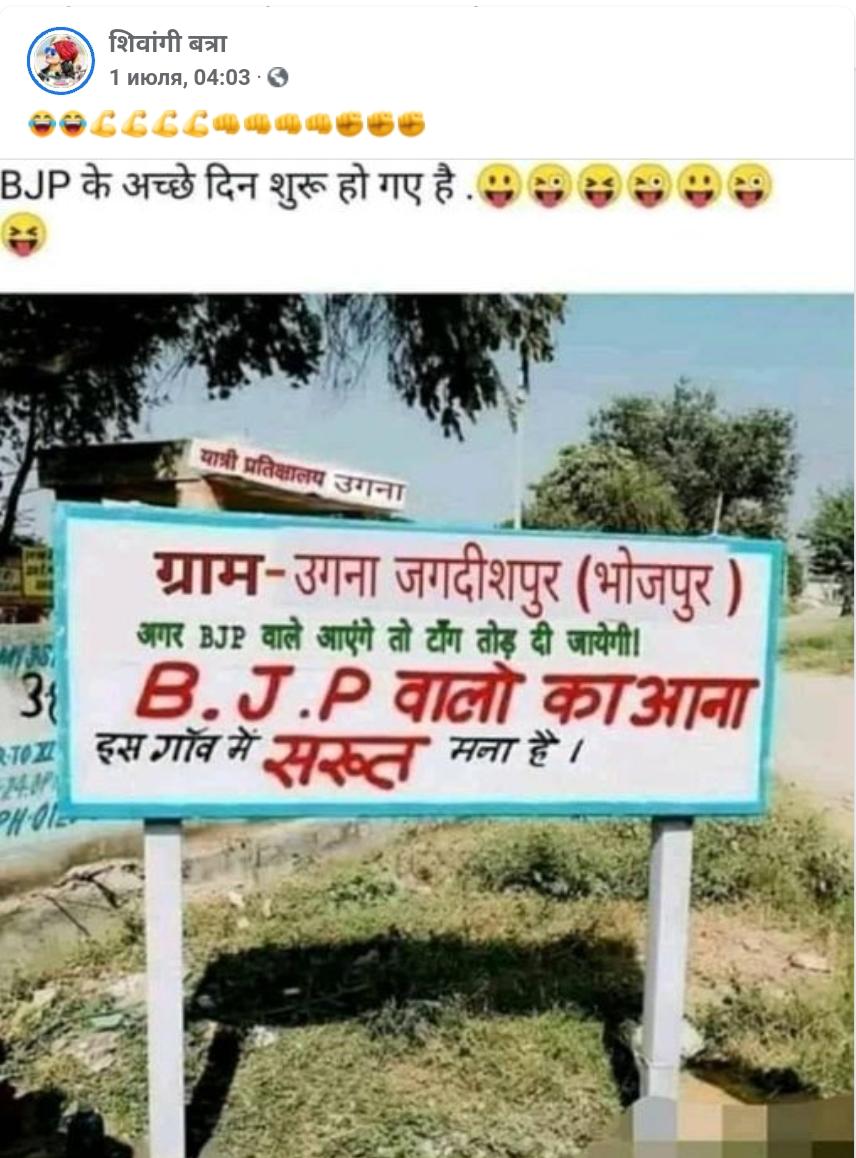 The image is widely shared on Facebook. You can see here and here

In our investigation, we found that the viral image is misleading. This picture is from October 2018 when this board was put up against BJP and MP Mahesh Sharma in a village of Gautam Budh Nagar in Uttar Pradesh.

After doing a search on Google using related keywords, we found some news reports in which the original image was present. According to a report published on 30 October 2018, the village in Greater Noida which was adopted by Union Culture Minister Mahesh Sharma does not want him or any of his BJP colleagues to come there. They had put up a board at the entrance, which says “BJP members are not allowed inside”. The board was put up on October 28, after officials from the local administration and employees of a realty group allegedly destroyed a farmer’s crop. 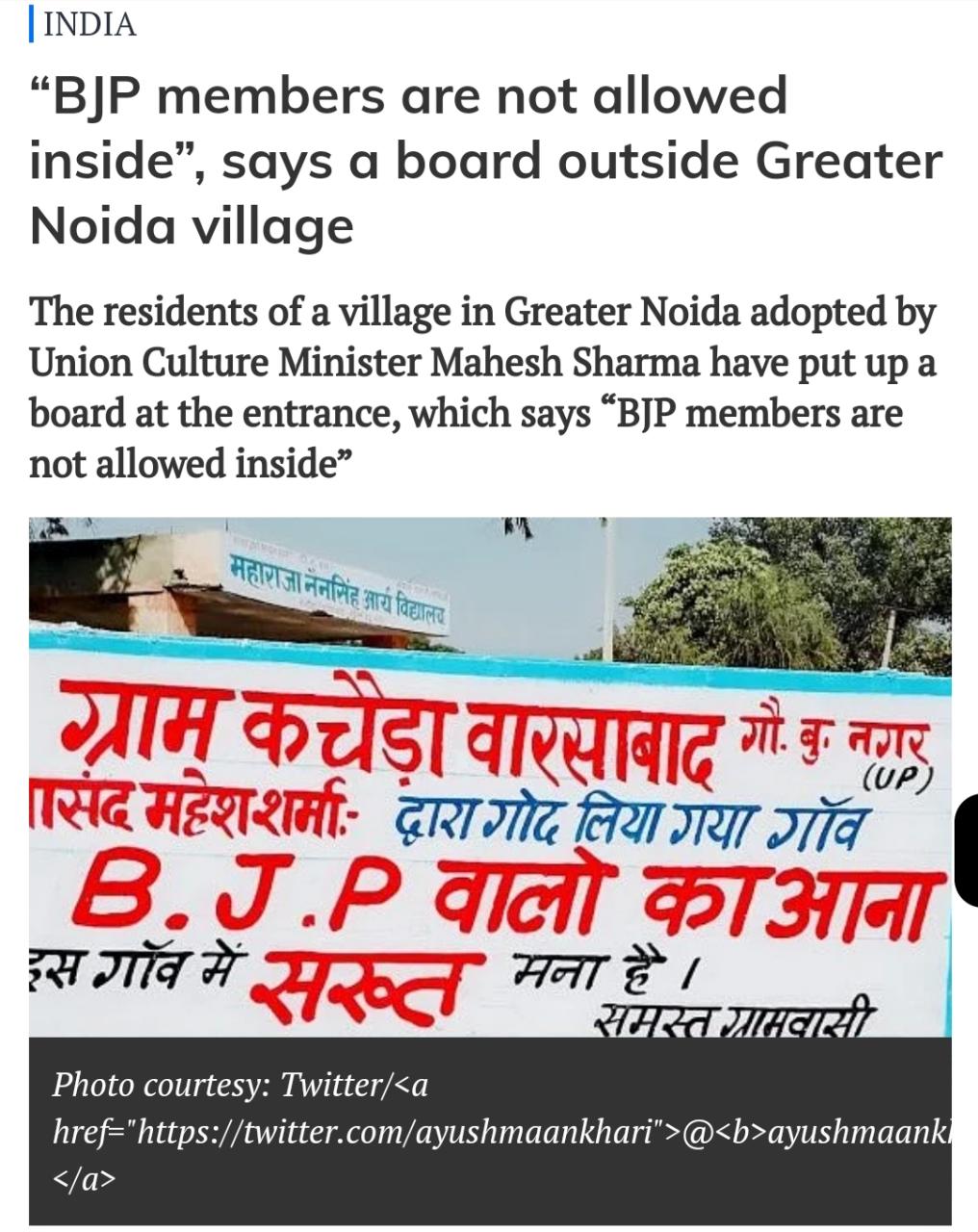 You can see the comparison of both the viral and original image here:

What was the matter?

According to a report in Indian Express, the board was installed on Sunday after officials from the local administration and employees of a realty group allegedly destroyed standing crops of farmers.

The standoff was part of a long-standing dispute between farmers and the realty group, which purchased the land in 2005-06. According to villagers, no development activities were carried out by the company and they continued farming. Officials reclaimed the land and, villagers alleged, damaged crops worth lakhs. They also claimed no prior notice was issued.

Residents also claimed they tried to contact MP Sharma to resolve the situation. “His phone is switched off and he is not responding to urgent letters. Out of desperation and anger, we have installed this signboard, which clearly states that no member of the ruling party is allowed here. The Samajwadi Party leader was also taken into custody in the case. Circle Officer (Greater Noida 3) Nishank Sharma said around 84 villagers, including the pradhan, were arrested following law and order problems

In conclusion, we found that the viral image is edited. The original picture is from October 2018 when this board was put up against BJP MP Mahesh Sharma in a village in Uttar Pradesh. The image has nothing to do with Bihar. Although, it was actually written on this board that BJP members are not allowed inside the village, but the leg-breaking thing is written with the help of editing software.