Two pictures of American boxer Mike Tyson is going viral on social media. In the pictures, Mike Tyson is wearing a black color t-shirt in which a crossed-out drawing of a syringe is made in the middle along with the logo with the message “Trust in God, not in vaccines”.

A Facebook user shared a picture with a caption, "Former champion boxer Mike Tyson sends the message 'I believe in God; Not Vaccines' with a shirt he wears." 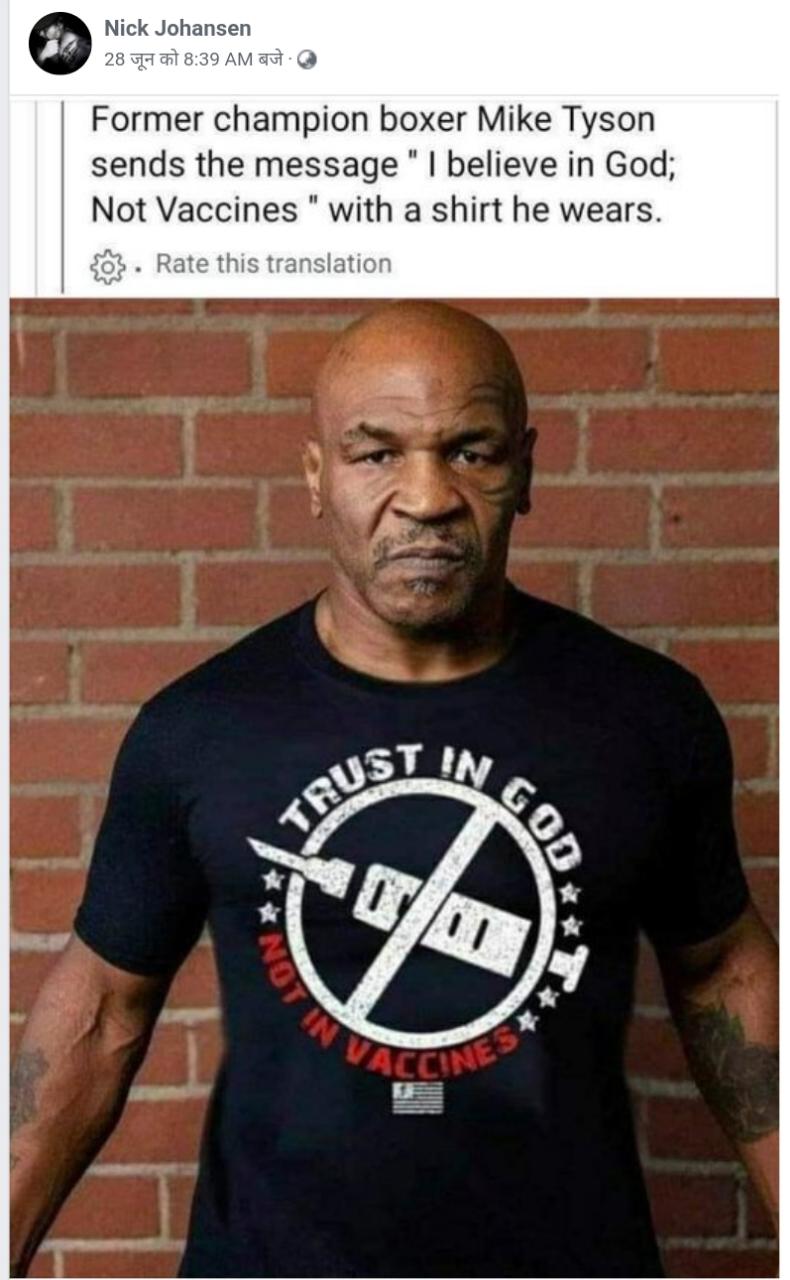 Similarly, in another photo, his T-shirt has the slogan, "Plan-Demic. My Body – My Choice.” Plan-Demic is the name of a controversial documentary, in which the Covid-19 epidemic was described as a well-planned conspiracy. It also claims vaccines weaken the immune system and make people more vulnerable to Covid-19. 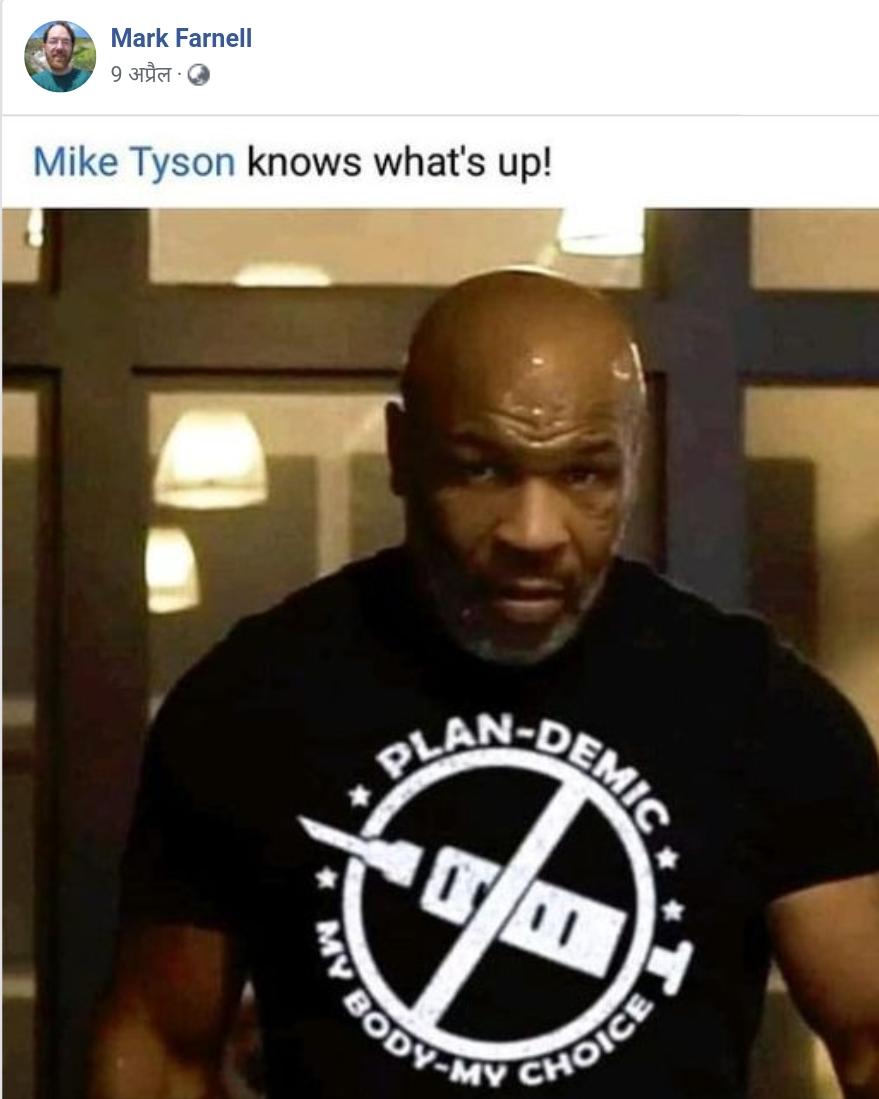 In our investigation, we found that the viral image is misleading and the logo has been digitally edited onto Tyson’s shirt.

After doing reverse image research on google, we found the original picture which Tyson had shared on his Instagram account in November 2020. In the original photo, Mike wearing a t-shirt featuring a black-and-white picture of himself standing in a boxing ring. The caption along with the image reads, "We’ve added new tee styles, hoodies, hats, and face coverings to the official Mike Tyson Collection.

You can see the comparison of the image here: 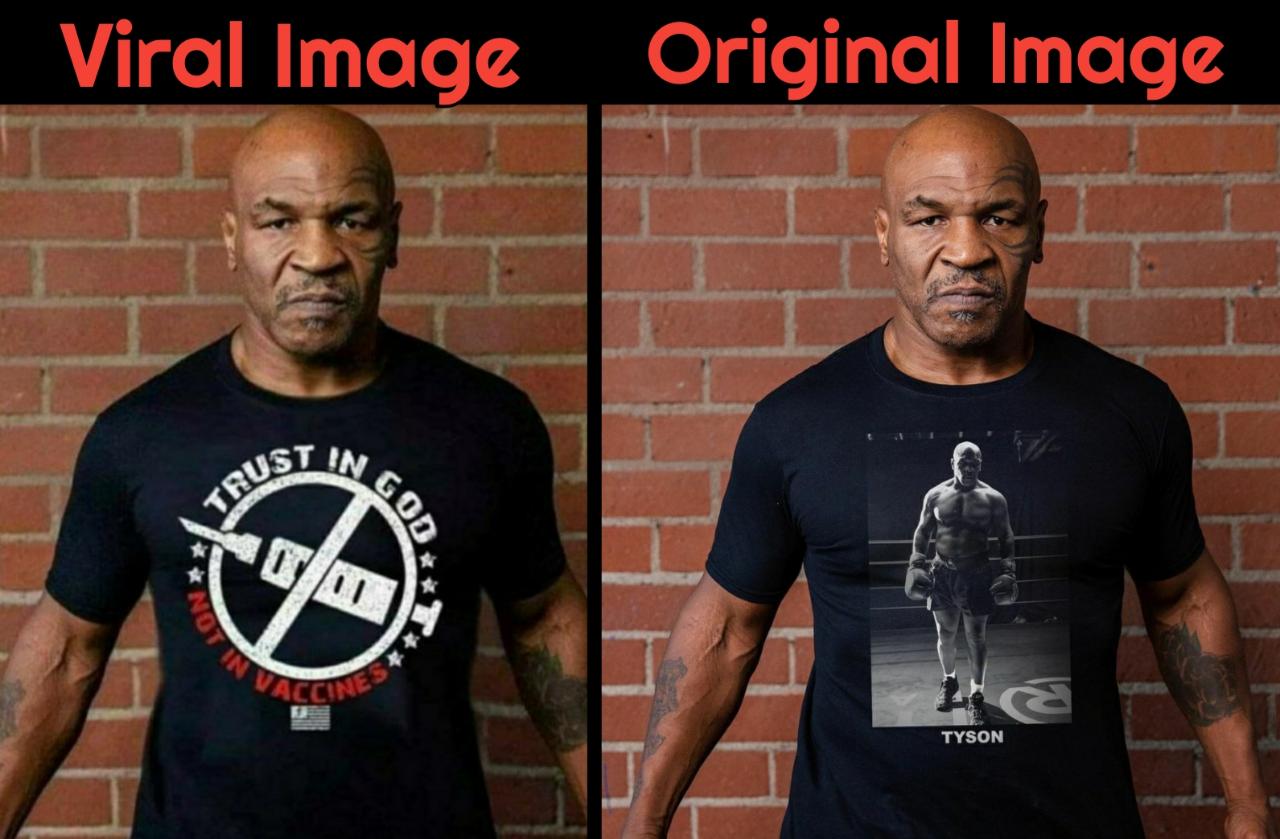 The original photo appears to be taken from a promotional video posted on Mike's Instagram account on 23 June 2020. In the video, Tyson is wearing a t-shirt with the Smart Cups logo printed on it.

You can see the comparison of the image here: 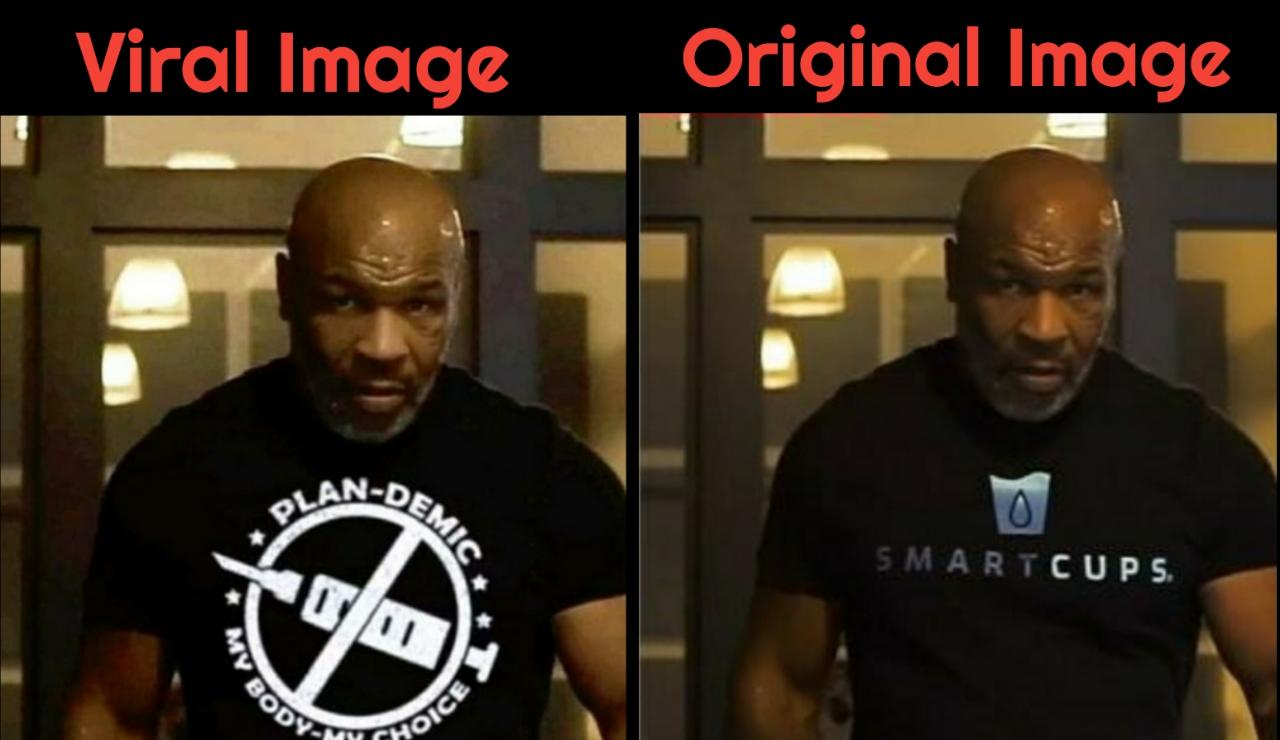 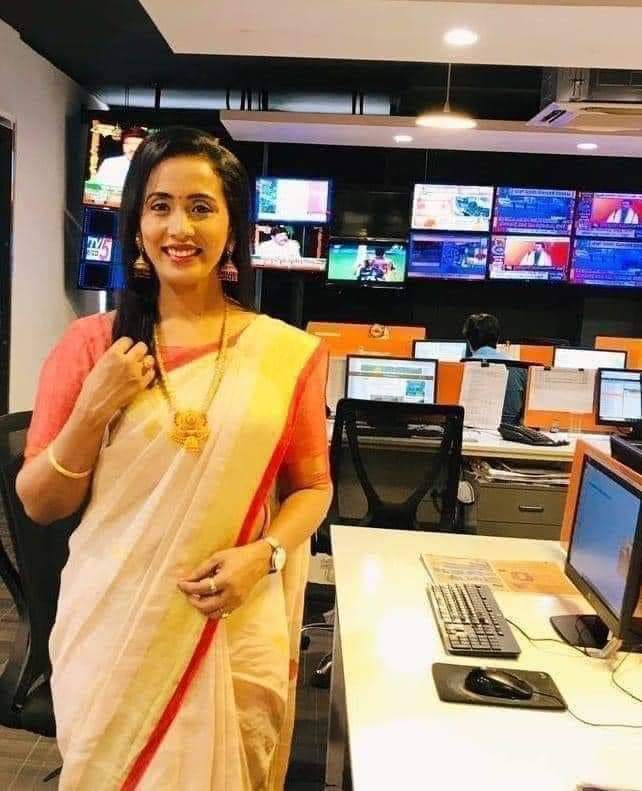