A six-year-old image that was taken during a protest in Punjab’s Patiala is being falsely attributed to the ongoing farmers' protest.

As the protests against the three controversial farm laws, which began in 2020, complete seven months, the farmers' body decided to march towards the Raj Bhavans in different states on Saturday, 26 June. Following this, Bharatiya Kisan Union (BKU) leader Rakesh Tikait said they have decided to strengthen the movement and will be holding two more rallies.

Amid this, a picture of an old lady being forcibly carried by six policewomen is being widely shared on social media with a claim that the Chandigarh police are treating civilians who promise to protect in an inhumane way.

A Twitter user name Parshotam Singh Sidhu shared the post with a claim that "Chandigarh police are you guys even shamed to treat the civilians who promise to protect in this inhumane way?" 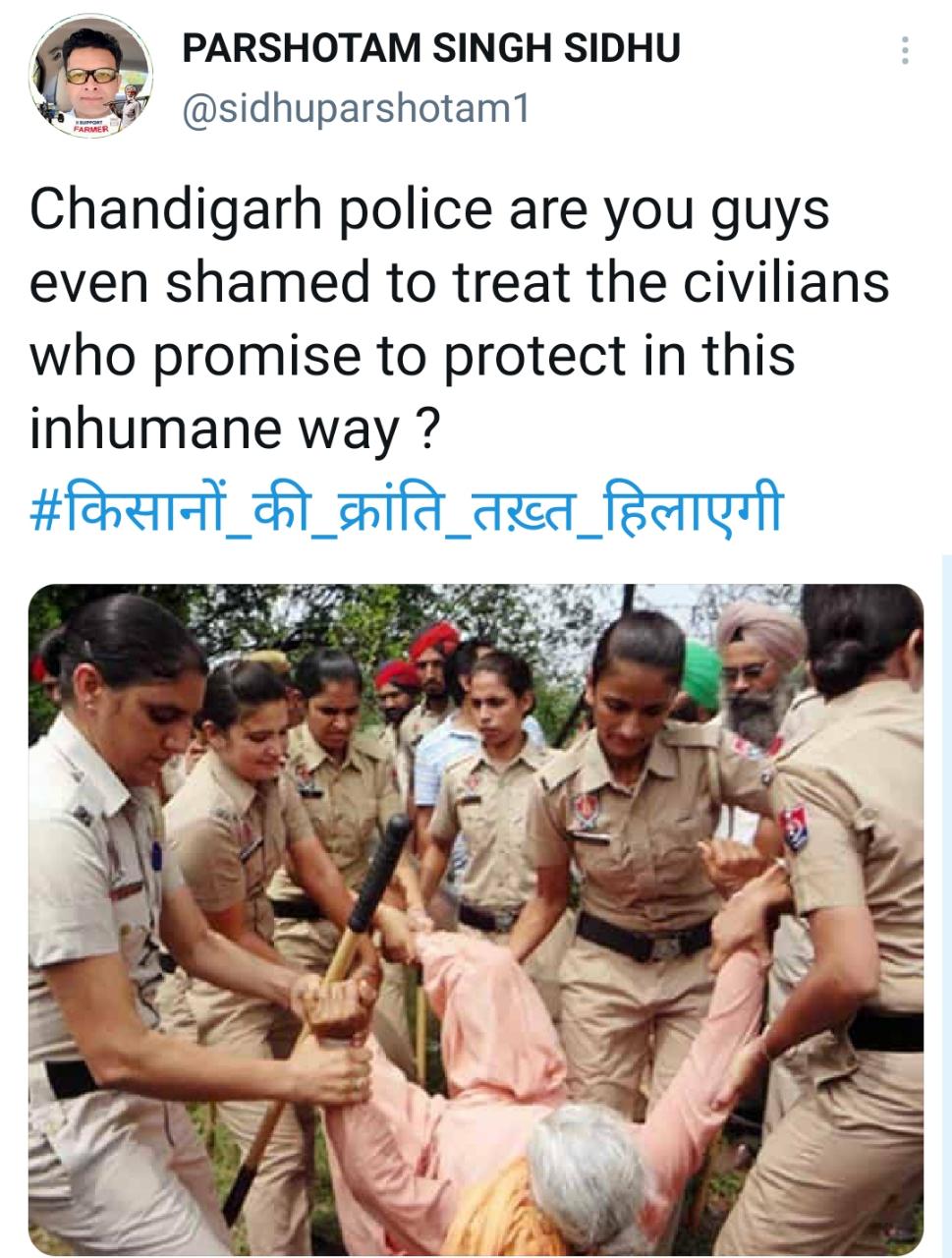 In our investigation, we found that the viral claim is misleading. The image is 6 years old and has nothing to do with the ongoing farmers’ protests.

After doing reverse image search on Google, we found the same image was carried by several media reports in August 2015.

According to the report of The Tribune, the picture is of the police and administration officials who were in Hariau Kalan village to take possession of a panchayat land allegedly occupied by some residents. The police and Powercom officials jointly carried out the operation armed with High Court orders that had asked the police to get the land vacated.

The police confirmed that when the team reached the village to take possession of the land, farmers and their family members opposed the move, despite the team showing them court orders. “Some of them turned violent and tried to forcibly stop the police from performing its duty following which we resorted to tear gas and lathi charge.

According to the report of the Hindustan Times, the image was taken in August 2015 during a protest in Punjab's Patiala. Twelve farmers and three cops were injured when the police resorted to lathi-charge at Hariaua village near Patiala. The farmers were opposing the district administration’s move to take control over the panchayat land in the village. 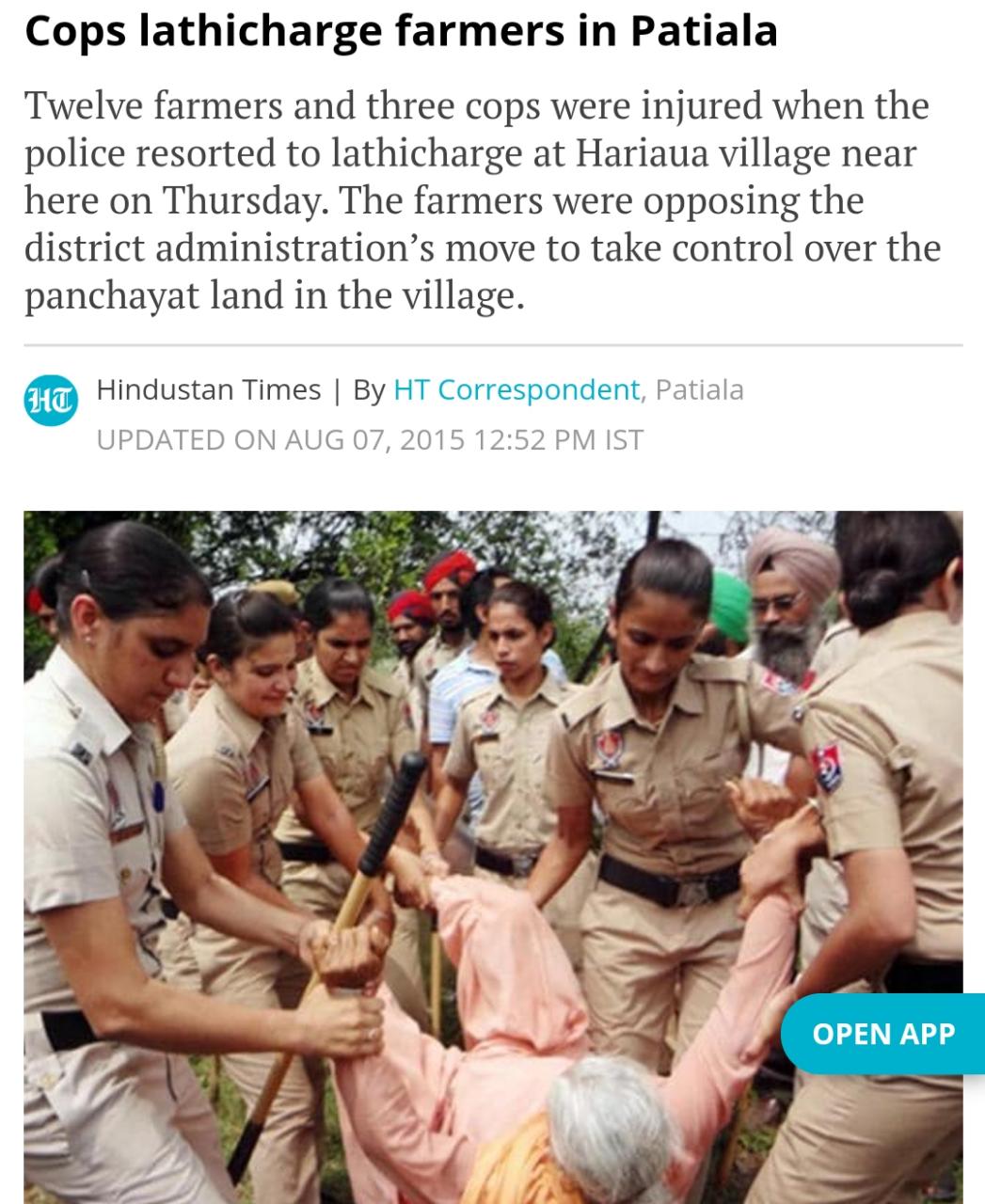 In Conclusion, a six-year-old image that was taken during a protest in Punjab’s Patiala is being falsely attributed to the ongoing farmers' protest.