A picture of President Ram Nath Kovind bowing down to the ground and touching the soil to pay obeisance to the land where he was born is being shared with a misleading claim that he bowed down before the Uttar Pradesh CM.

President Ram Nath Kovind is on a five-day visit to his home state, Uttar Pradesh which began on June 25, when he reached Kanpur in a special presidential Express Train.

Amid this, a picture is getting viral on social media in which President Ram Nath Kovind can be seen touching his forehead with his hand in a bowed down position. UP Governor Anandiben Patel and Chief Minister Yogi Adityanath can also be seen in the picture. While sharing the picture some social media users are claiming that being a Dalit, Ramnath, was bowing down to the UP CM Yogi Adityanath and Governor Anandiben Patel who belongs to the upper cast. 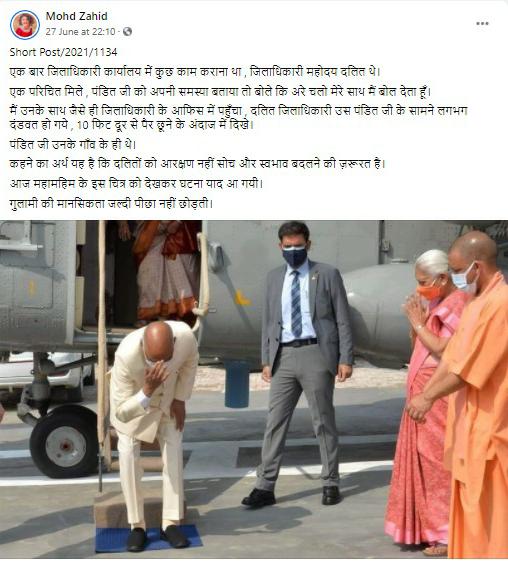 People are sharing this picture on social media with different captions. 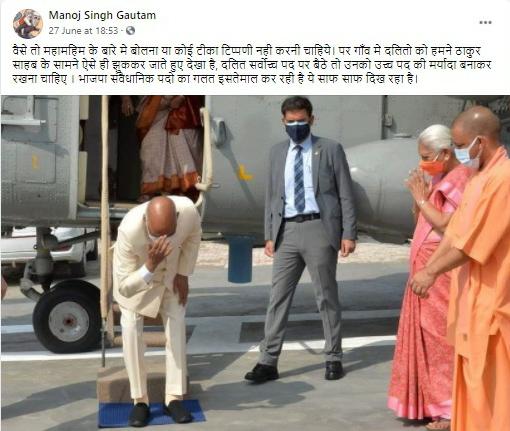 In our investigation, we found that the viral claim is misleading. In the viral image, President Ram Nath Kovind bows down to his birthplace.

After doing reverse image research on google, we found the same picture was posted by the official Twitter handle of 'President of India' on June 27 with a caption that reads, “In a rare emotional gesture, after landing at the helipad near his village, Paraunkh of Kanpur Dehat district of Uttar Pradesh, President Ram Nath Kovind bowed and touched the soil to pay obeisance to the land of his birth”. 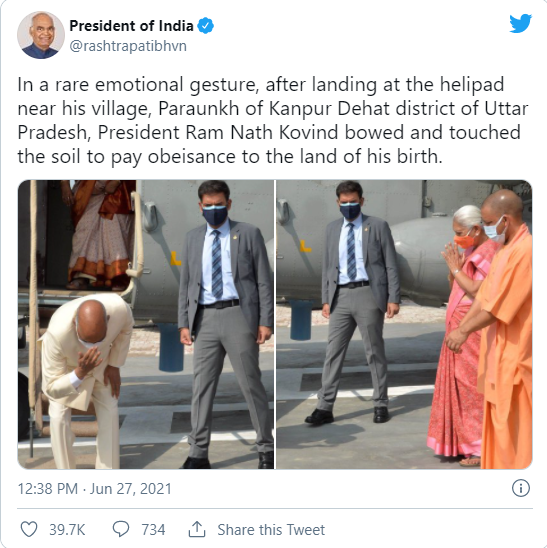 The same picture was also carried by several news reports stating that President Ram Nath Kovind bowed and touched the soil to pay obeisance to the land of his birth. The report further stated that President took a bit of the soil and applied it on his forehead, supposedly as a sign of reverence for his native land. 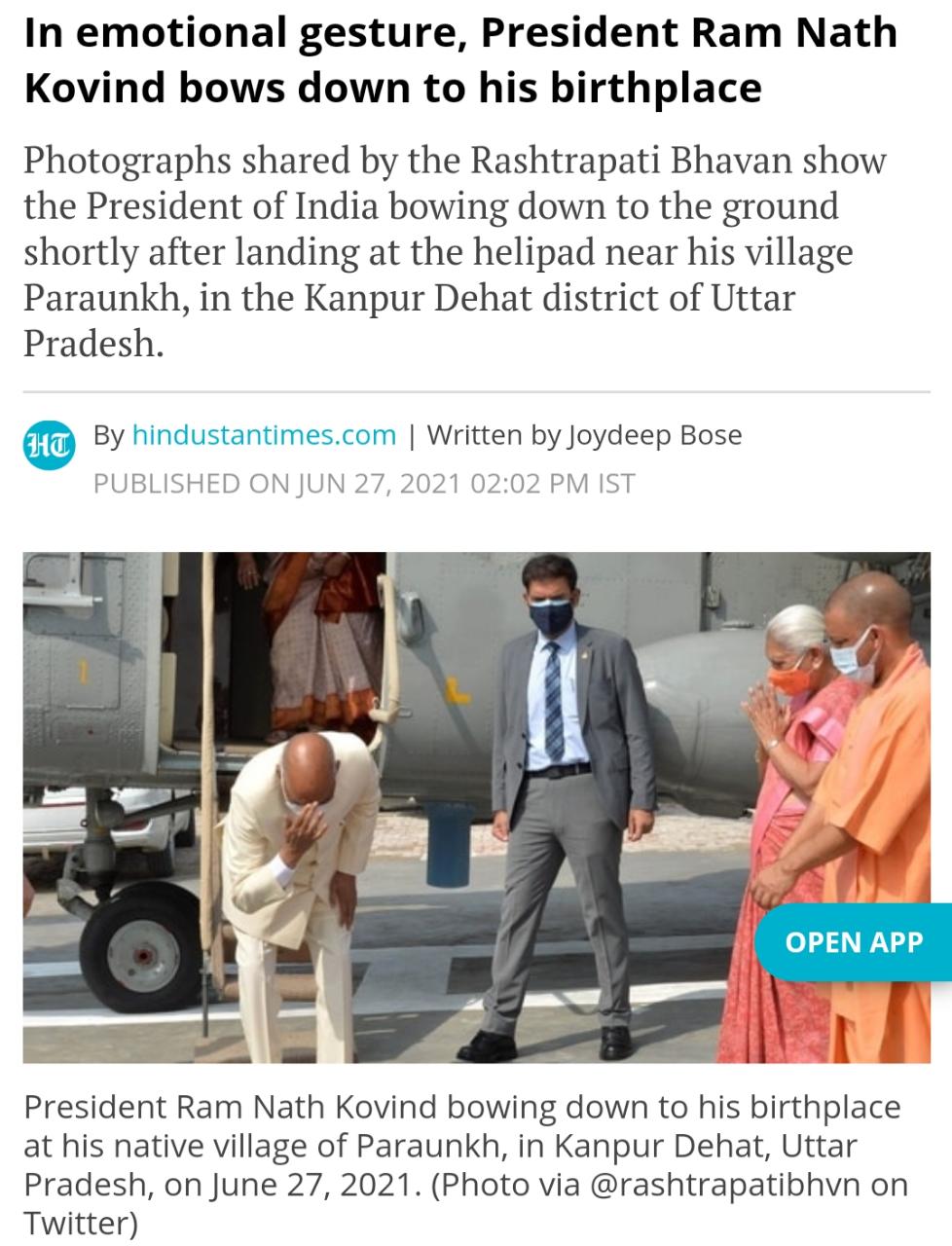 We also found the President’s speech wherein he is addressing a Jan Abhinandan Samaroh in Paraunkh village on June 27. He said, "when I got down from the helicopter, I touched and bowed the soil to pay obeisance to the land of my birth.

In Conclusion, a picture of President Ram Nath Kovind bowing down to the ground and touching the soil to pay obeisance to the land where he was born is being shared with a misleading claim that he bowed down before the Uttar Pradesh CM.