The viral claim is false that PM Modi spent Rs 100 crores on his food in the last seven years of his tenure. He himself bears the cost of his kitchen expenses. Its burden does not fall on the state treasury. No such RTI information has come to the fore, as is being claimed in the viral post.

Social media users are sharing a cartoon claiming that Rs 100 crore has been spent on PM Modi's food in the last seven years of his tenure. According to the claim, this information has been received from RTI, and the money used is from the government treasury.

A Facebook user name Rajeev Kumar shared a post with a claim that "Tell me, the inflation has increased so much that a man alone ate food worth 100 crores in 7 years. Nobody got to know". (Translated from Hindi) 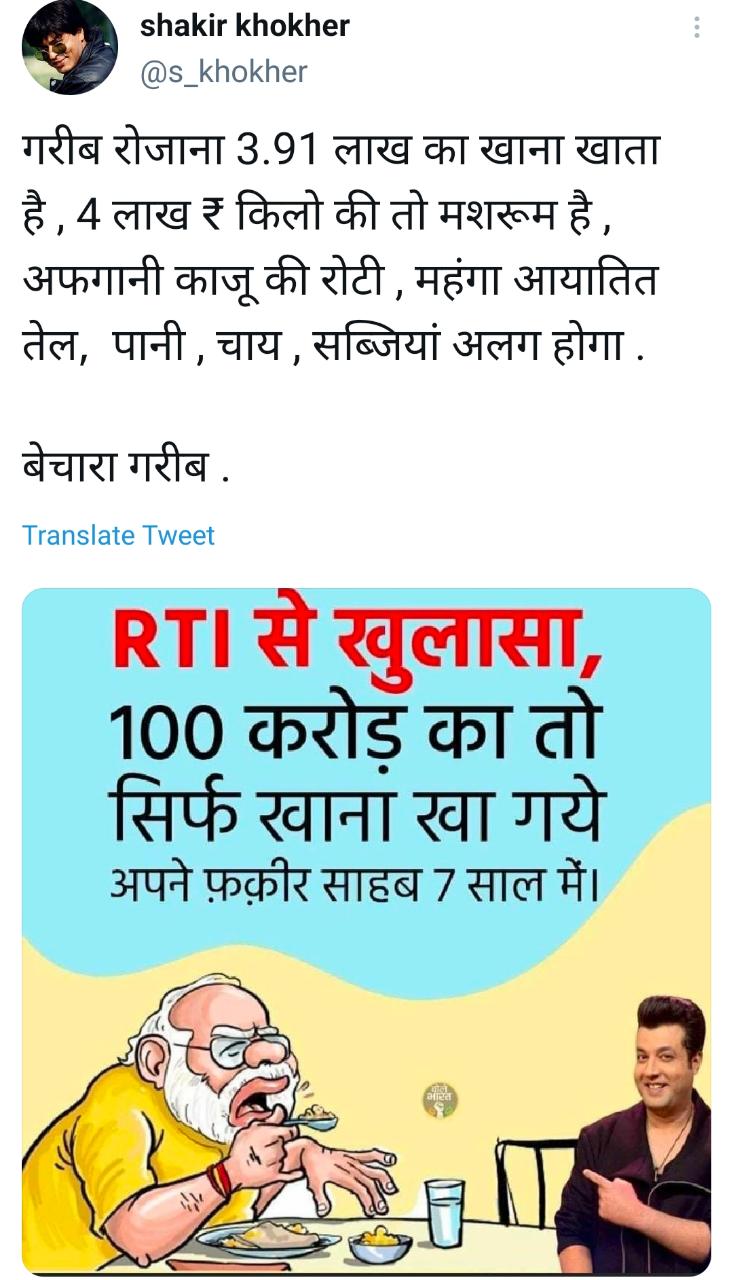 In our investigation, we found that the viral claim is false. PM Modi himself bears the cost of his kitchen. Its burden does not fall on the public exchequer.

We did a search of this viral claim on Google. If any information from RTI about PM Modi comes into the public domain, then it definitely becomes a part of wide media coverage. We could not find any authentic report in the open search results which could substantiate the claim that Rs 100 crore has been spent on PM Modi's food in 7 years.

We did find links related to some RTI replies on the official website of the Prime Minister of India. In this, many RTI answers related to PM Modi have been uploaded. One such RTI had been uploaded in 2015, in which information has been sought about the expenditure related to PM Modi's kitchen. Responding to this, it has been told that PM Modi himself bears the cost of his kitchen and it is not recorded in the government account. This information on page number 3 on this link can be seen by clicking here.

In Conclusion, the viral claim is false that PM Modi spent Rs 100 crores on his food in the last seven years of his tenure. He himself bears the cost of his kitchen expenses. Its burden does not fall on the state treasury. No such RTI information has come to the fore, as is being claimed in the viral post.