Even though similar pictures and videos of a large crowd gathered around a water tanker have emerged this year as well, the image shared by Vijay Goel is an old one.

Delhi Jal Board on Saturday(19 June), informed that water supply will be affected in several areas in morning and evening on June 20. It said the rise in 'ammonia pollution and high algae' in the Yamuna river is hampering water production at Wazirabad, Chandrawal, and Okhla plants. The Jal Board advised the public to make judicious use of water and said that water tankers shall be available on-demand in certain areas.

Amid this, a picture is widely shared on social media in which a large crowd gathered around a water tanker to fill their containers can be seen. It is being claimed that it showed a recent water crisis under the Aam Aadmi Party government.

BJP leader and former Union minister Vijay Goel shared a picture on his official Twitter handle with a caption, "The state of water in Delhi, do something brother Kejriwal". 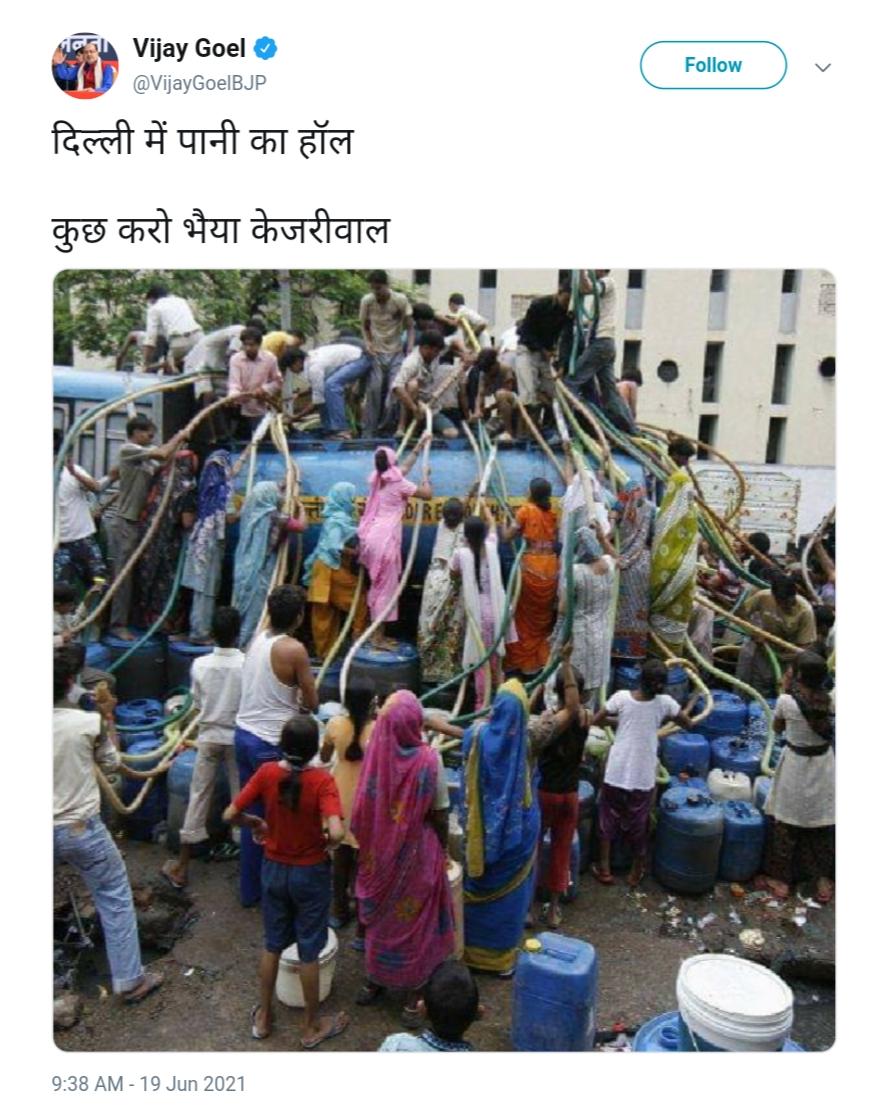 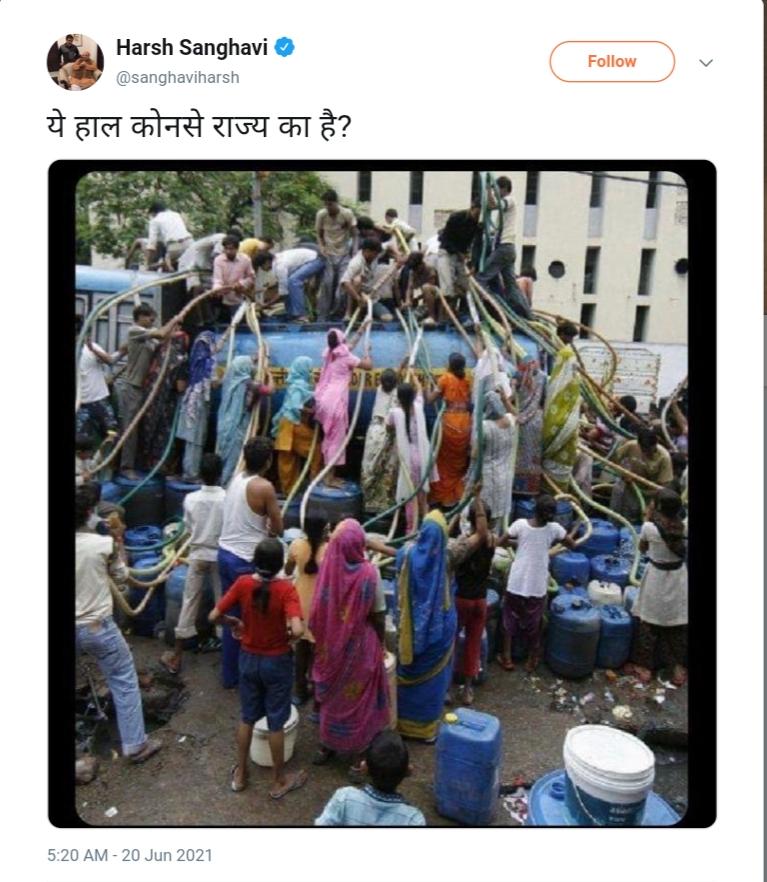 In our Investigation, we found that the viral image was taken in 2009, during former chief minister Sheila Dixit's tenure.

Responding to his tweet, AAP's official handle wrote, "Vijay Goel Ji, Are you nostalgic that you're sharing photos from 2009, or was it a deliberate attempt to defame Kejriwal Govt?" 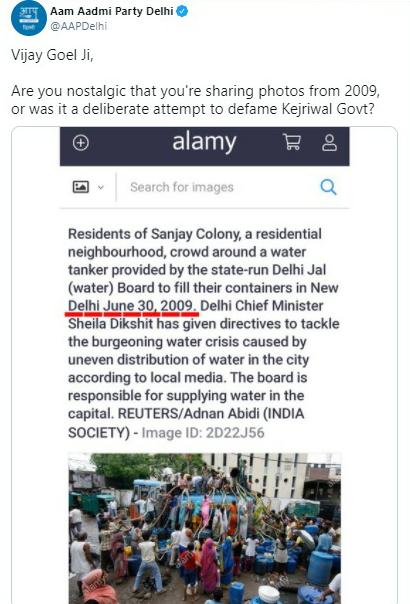 Further, we did reverse image search on google to know the viral truth and found the same photo on Alamy. The image was originally taken on June 30, 2009, during former chief minister Sheila Dixit's tenure. 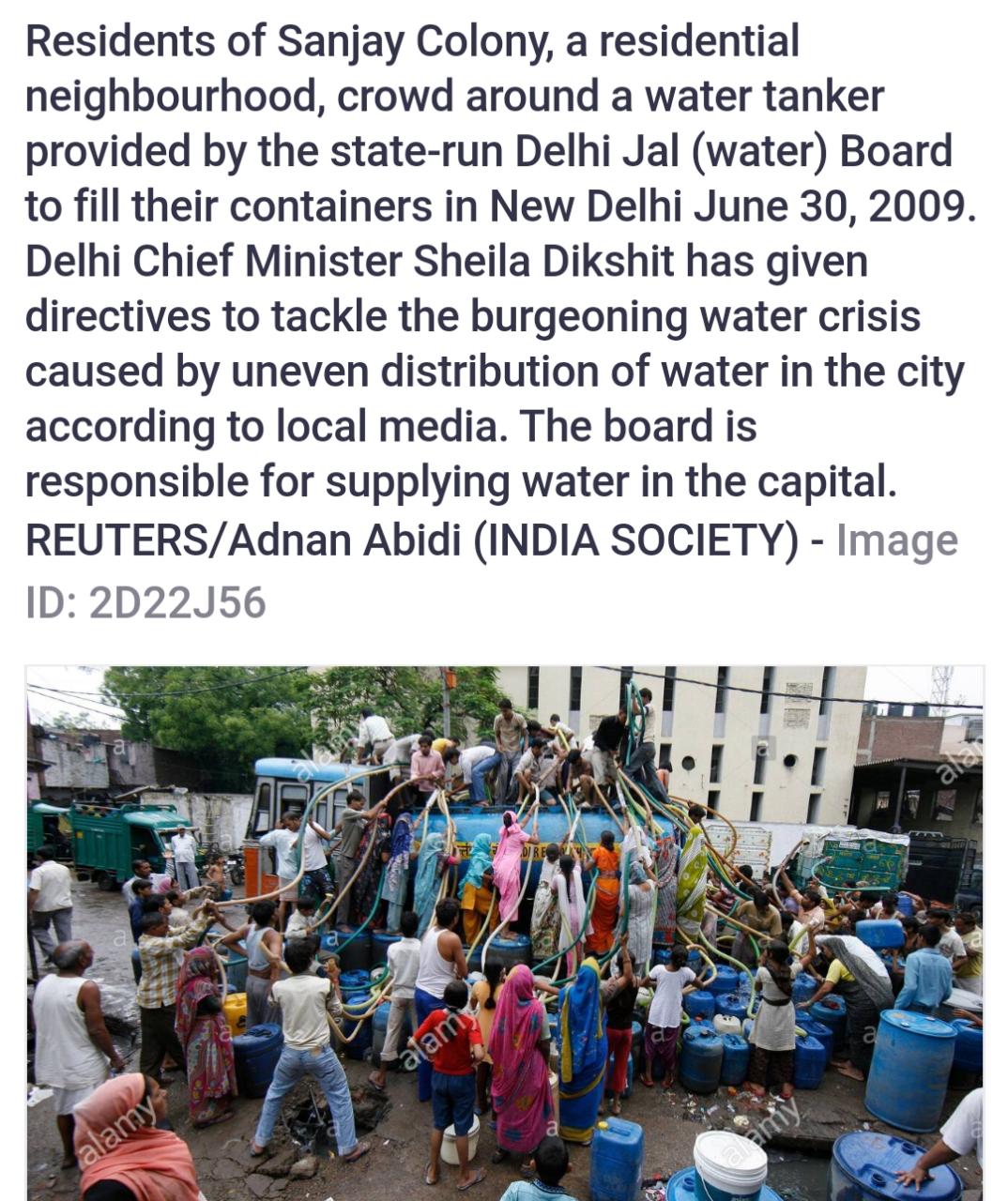 According to the caption along with the image, "residents of Sanjay Colony, a residential neighborhood, crowd around a water tanker provided by the state-run Delhi Jal (water) Board to fill their containers in New Delhi on June 30, 2009. Delhi Chief Minister Sheila Dikshit has given directives to tackle the burgeoning water crisis caused by an uneven distribution of water in the city according to local media. The board is responsible for supplying water in the capital".

Similar situation this year as well

Even though these pictures are old, the situation is not different even this year. As per a report of Hindustan times, residents of Vivekananda Camp in Chanakyapuri complained of water shortage, exacerbated by the erratic schedule of tankers. According to the video shared in the report, residents were seen crowding around the tanker without practicing social distancing. Some didn't even wear masks. 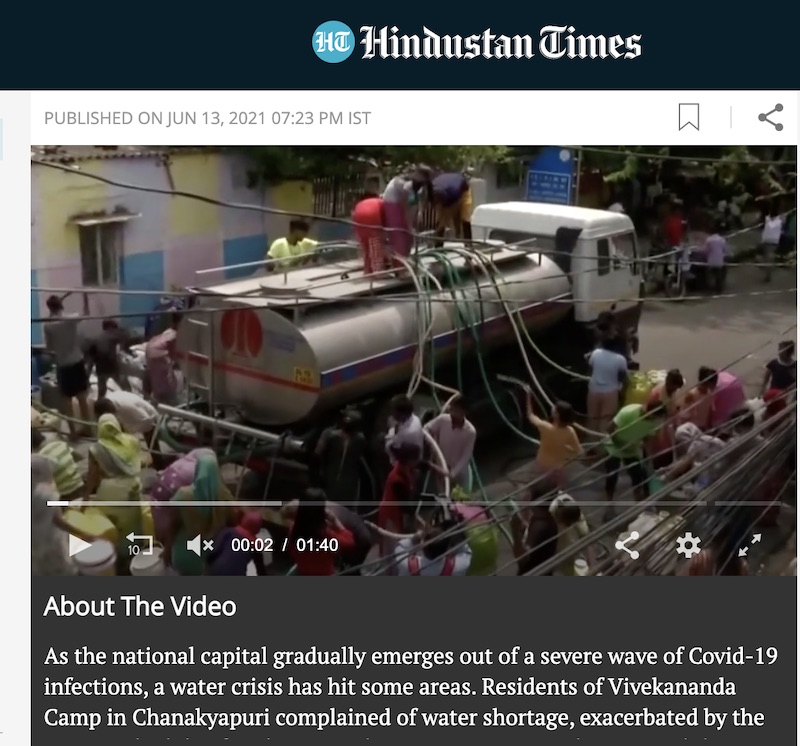 In conclusion, the viral image of a large crowd gathered around a water tanker was taken in 2009, during former chief minister Sheila Dixit's tenure. The image has nothing to do with the recent crisis of water in Delhi.