The viral news of Mosquitoes injected with Viagra escaping from a lab in Wuhan is satirical in nature. In reality, nothing like this has happened.

A piece of very shocking news is being shared on social media about Wuhan Lab, in which it is being said in the news that thousands of mosquitoes have escaped from a high-security lab in Wuhan, which was injected with Viagra, a sexual enhancer drug.

Sharing the link of this news, a Twitter user name @WadheshT wrote, "One more shock from China. Wuhan: Thousands of mosquitoes inoculated with Viagra escape from high-security laboratory". 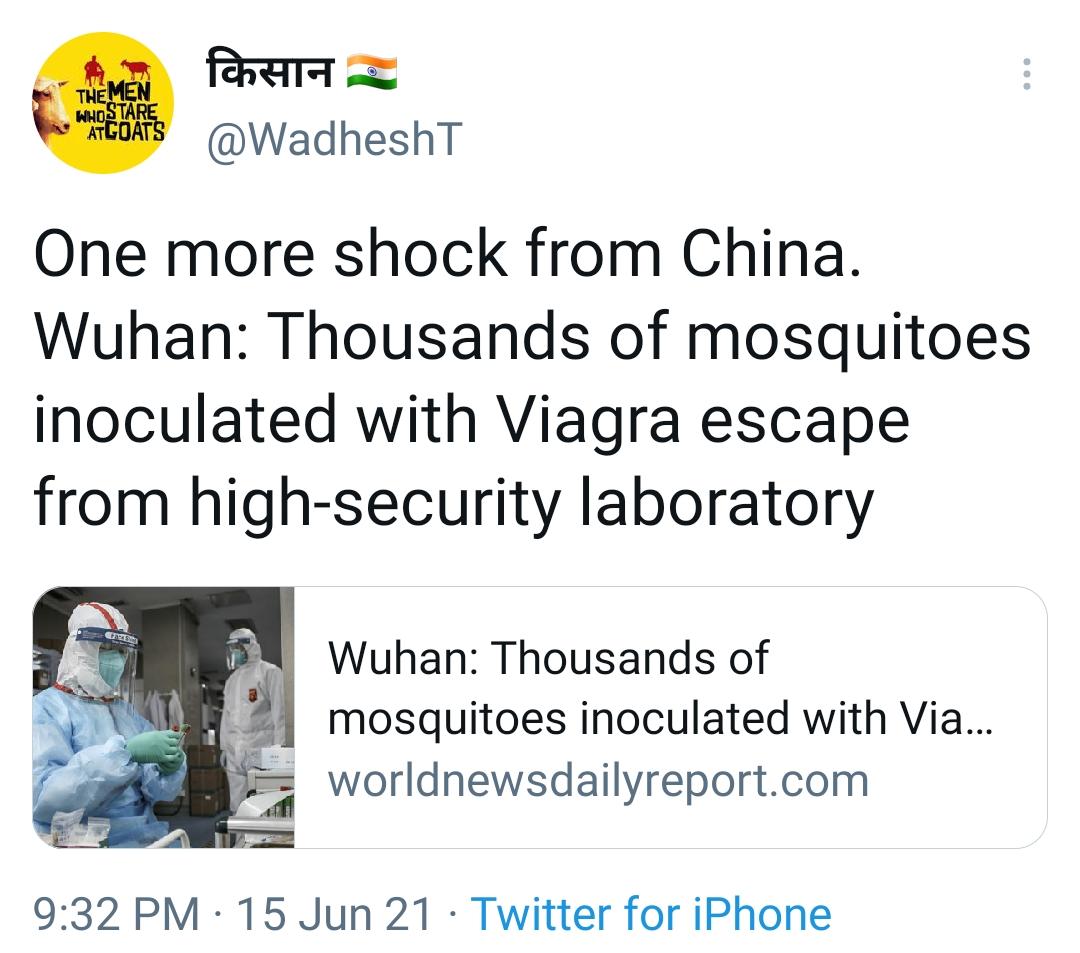 The same post is also widely shared on Facebok. 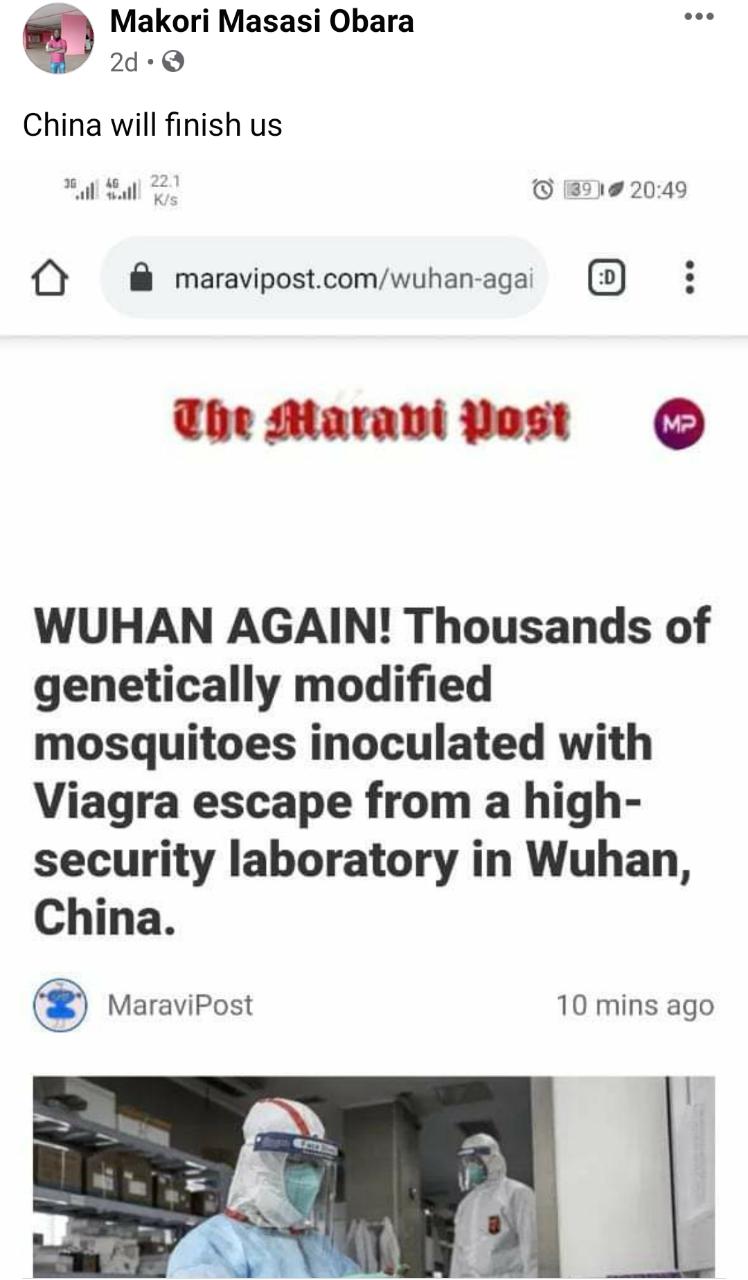 In our investigation, we found that the viral claim is false and the news of Mosquitoes injected with Viagra escaping from a lab in Wuhan is a satirical article.

Firstly, we checked the news link shared by users of a website named 'World News Daily Report', where this article has been published. After looking closely at this website, we found that in its 'Disclaimer section' it is clearly written "All the articles written in this website are just fictional satire. Even the names mentioned in the articles are of completely fictitious people.

We also found that the image used in article of a 87-year-old Wuhan resident who was hospitalized after bitten by one of the genetically modified mosquitoes is actually a Japanese businessperson who passed away in 2003 at age 114. After doing reverse image search of that image we found his photo on Getty Images. As per the caption, his name is Yukichi Chuganji, one of the oldest men in the world. 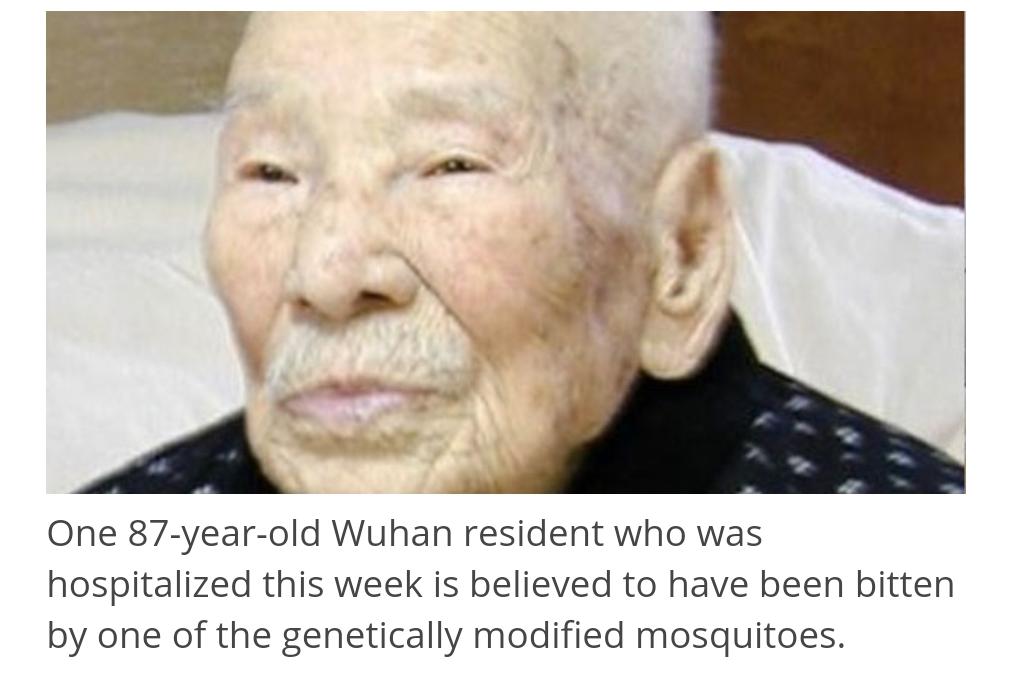 Many people believed this news to be true because it has been alleged for a long time that the corona virus was leaked from Wuhan lab in China.

In conclusion, the viral news of Mosquitoes injected with Viagra escaping from a lab in Wuhan is satirical in nature. In reality, nothing like this has happened.