A video from Delhi’s Jahangirpuri was falsely linked to the incident from Ghaziabad’s Loni where an elderly Muslim man was thrashed by a group of youth who also cut off his beard.

Recently, a video went viral on social media showing an elderly man, Sufi Abdul Samad Saifi was attacked by a group of people in Loni, Ghaziabad, India. The man claimed that the goons forced him to chant Jai Shri Ram and forcefully chopped off his beard. Ghaziabad police investigated the incident and dismissed any communal angle.

You can read our article about the incident here "Altnews co-founder Md Zubair amplified the fake communal angle in Abdul Samad case in Ghaziabad".

Amid this, a video showing a mob thrashing a group of people is getting viral on social media. In the video, a group of large people can be seen dragging two men from a house and beating them with sticks is being shared with the claim that this was how the public retaliated against the Loni incident accused.

A Facebook user name Razak Sha Divan shared the video with a claim that "Brothers, see the consequences of cutting off the beard, one of the 4 accused were caught by the police, the other three accused have been punished by the public themselves." (Translated from Hindi) 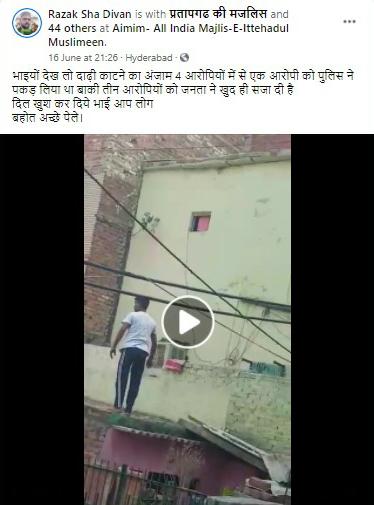 In our investigation, we found that the viral video is misleading. The video is of a recent clash between two groups in Delhi's Jahangirpuri area.

After doing reverse image research using related keywords, we found that the same video was shared by the Facebook page The Nation Voice on June 13 carried the same viral video. As per the caption, the video is from Delhi, Jahangirpuri. The mob caught 3 people and thrashed them who came to collect extortion from the vegetable seller. 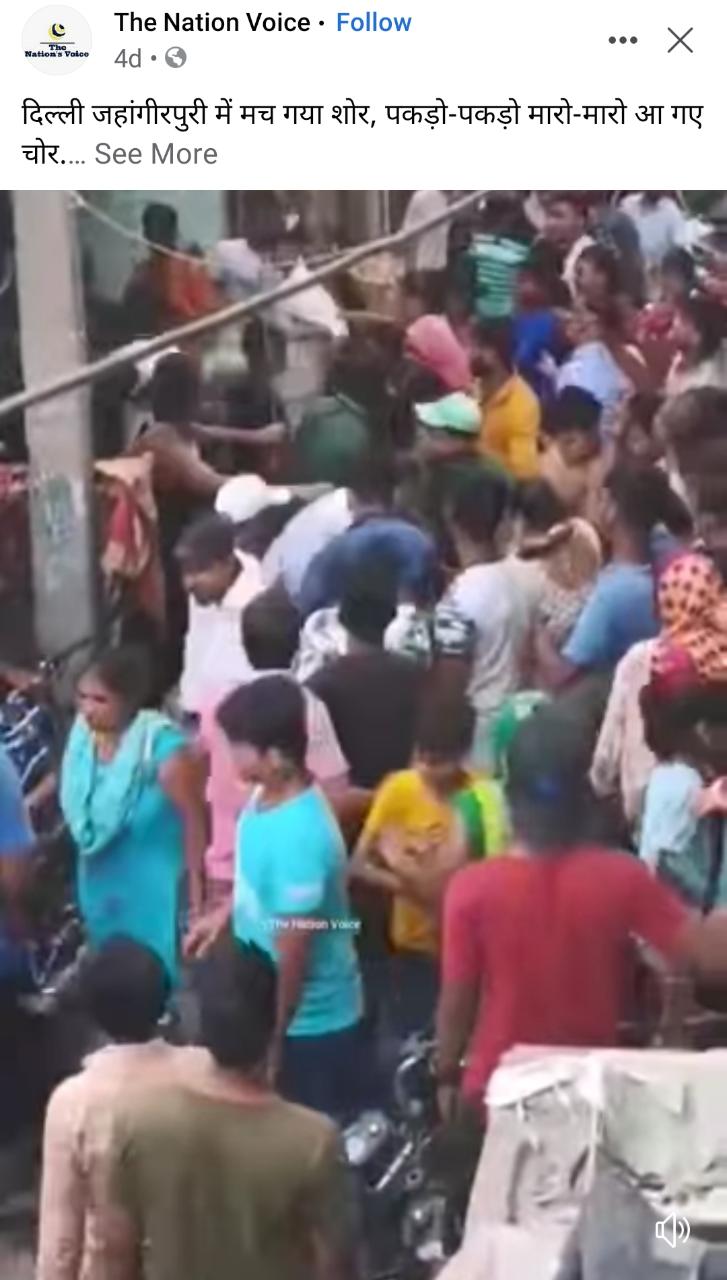 We also found a news report of NDTV published on 13 June 2021. According to the report,  the incident took place on June 12, when three people allegedly came to extort money from a vegetable seller in Jahangirpuri. After the vegetable vendor screamed, the people of the area caught the three accused and beat them up with sticks. The police have registered an FIR against the three accused. 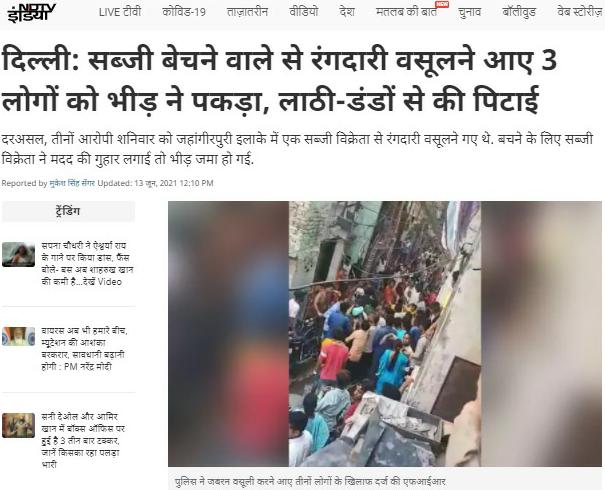 Further, we found a video on the official YouTube channel of Republic Bharat that covered the viral incident. According to the caption of the video "Painful video viral from Delhi's Jahangirpuri, 200 people were seen beating 3 people who allegedly came to extort money from a vegetable seller".

In conclusion, a video from Delhi’s Jahangirpuri was falsely linked to the incident from Ghaziabad’s Loni where an elderly Muslim man was thrashed by a group of youth who also cut off his beard. The incident has nothing to do with Ghaziabad’s Loni incident.