A Facebook user name Shobhit Ranjan shared a post with a caption in Hindi that can be roughly translated to “What kind of poverty is this? He met four people in a day and changed clothes all four times.” (Translated from Hindi) 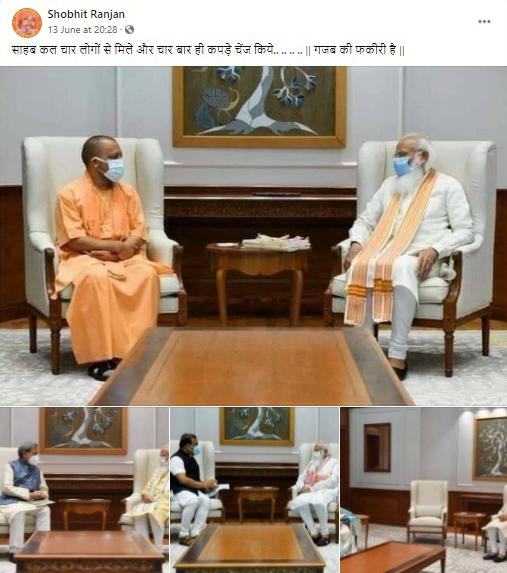 In our investigation, we found that the viral claim is misleading. The images in the viral post were taken on four different days and not on the same day.

After doing reverse image research on Google, we found a Twitter post by PMO India with the same image.  As per the post, the Chief Minister of Uttar Pradesh, Yogi Adityanath met PM Narendra Modi on 11 June 2021, in New Delhi.

According to a report, Uttar Pradesh Chief Minister Yogi Adityanath met Prime Minister Narendra Modi at the latter’s official residence, 7 Lok Kalyan Marg in Delhi, on Friday, 11 June, amid speculation of discontent against the former in the Bharatiya Janata Party (BJP). 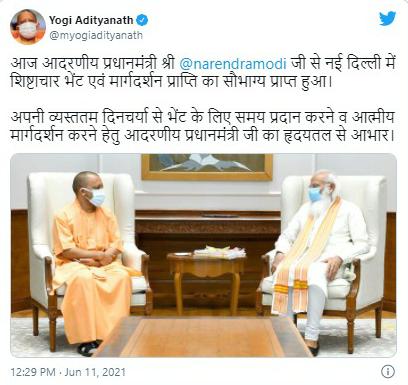 The prime minister met Manipur Governor Najma Heptulla on 10 June, we found this image on the official handle of PMO.  A Twitter post by DD News Hindi also published the same image on the same day. 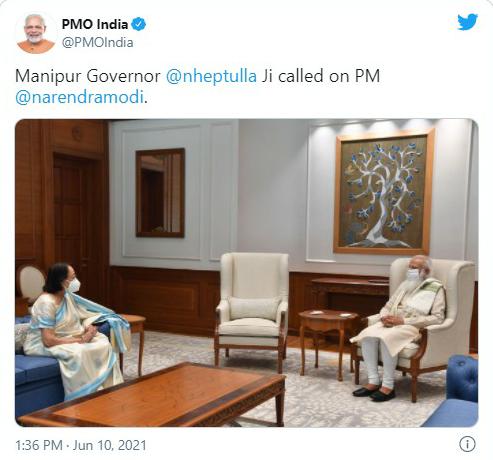 After doing reverse image research we found the same image on the website of North-East Live published on June 2, 2021. According to the report, after assuming his role as chief minister of Assam last month, Himanta Biswa Sarma met PM Modi in Delhi on June 2. The official handle of Himanta Biswa Sharma also shares the photo of him meeting PM Narendra Modi. 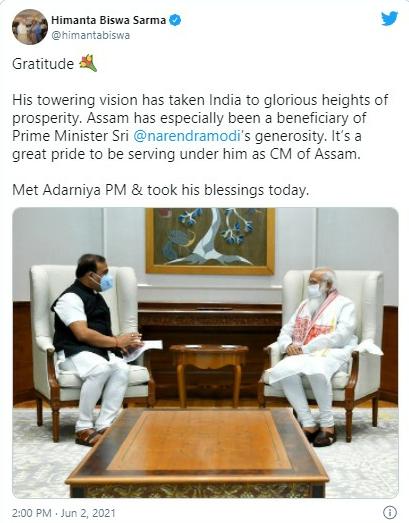 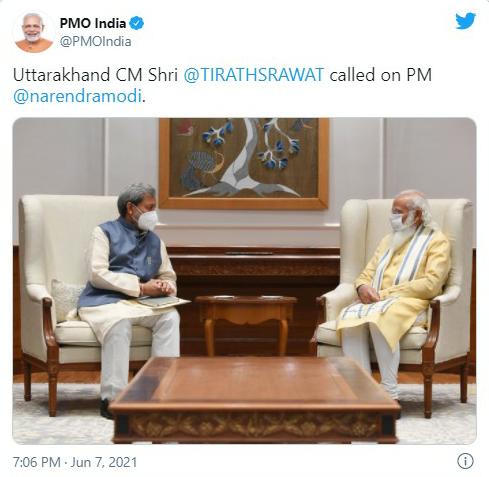