Three of the accused (Arif, Aadil, Mushahid) are themselves Muslims. Since both victim and co-accused are from the same community, it can't be termed as a communal incident. The victim's version of him being forced to chant "Jai Shri Ram" does not seem to add up.

A video is going viral on social media with a claim that an elderly man, Sufi Abdul Samad Saifi was attacked by five Hindu goons in Loni, Ghaziabad, India. He was threatened at gun point, beaten, assaulted, and forcefully chopped off his beard. He said the goons forced him to chant Jai Shri Ram as he begged them for mercy. You can watch the viral video here.

Note: The video going viral on social media has no sound in it.

The video has been shared by several journalists, social media influencers. The wire's journalist Rohini Singh tweeted claiming that the man was beaten for merely being Muslim. 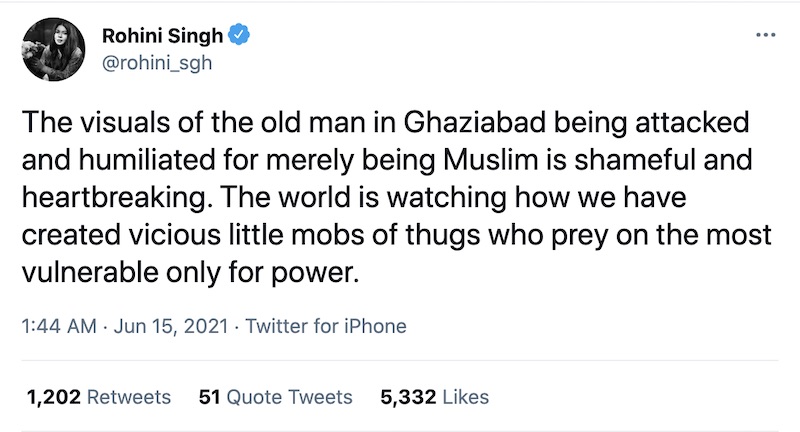 The co-founder of left-leaning fact-checking website Altnews Md Zubair dedicated an entire thread in trying to prove that the man was beaten for being a Muslim and was forced to chant Jai Shree Ram. 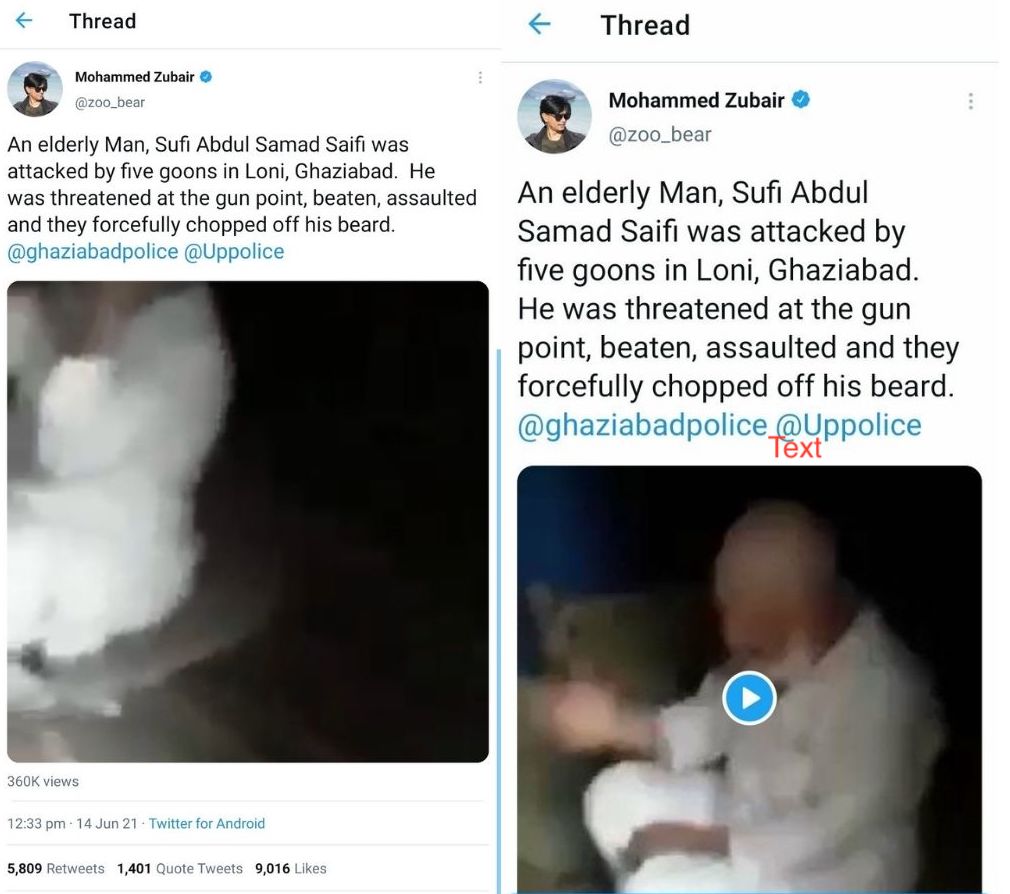 In the second video shared by Md Zubair, Abdul Samad Saifi claimed that he was about to board an autorickshaw but was stopped by the accused. He said that his face was covered with a handkerchief and taken to an undisclosed location. Saifi alleged that he was locked inside a room and brutally thrashed. He also claimed that the miscreants had forced him to chant ‘Jai Shri Ram’ at gunpoint. “They told me that they have killed several Muslims in the past and will do the same to me,” Saifi further alleged.

Bollywood actress Swara Bhaskar claimed that the main accused was Pravesh Gujjar and he was forcing the old man to chant Jai Shree Ram on camera.

Once the video went viral on social media, Ghaziabad police investigated the incident and informed that three accused had been arrested in the case. According to the police, the incident took place about 10 days ago on June 5, 2021. The victim Abdul Samad Saifi had travelled to the Loni border from Bulandshahr, where he was escorted to the house of accused Parvesh Gujjar in Banthala in Loni. After some time, the co-accused, namely, Kallu, Poli, Arif, Adil aka Mushahid arrived at Parvesh’s house and began thrashing the victim.

The victim Saifi sold amulets for a living. According to the police, the accused were miffed after the amulet proved harmful to them. Unlike what the victim had alleged, the police said that he knew the culprits for a long time. 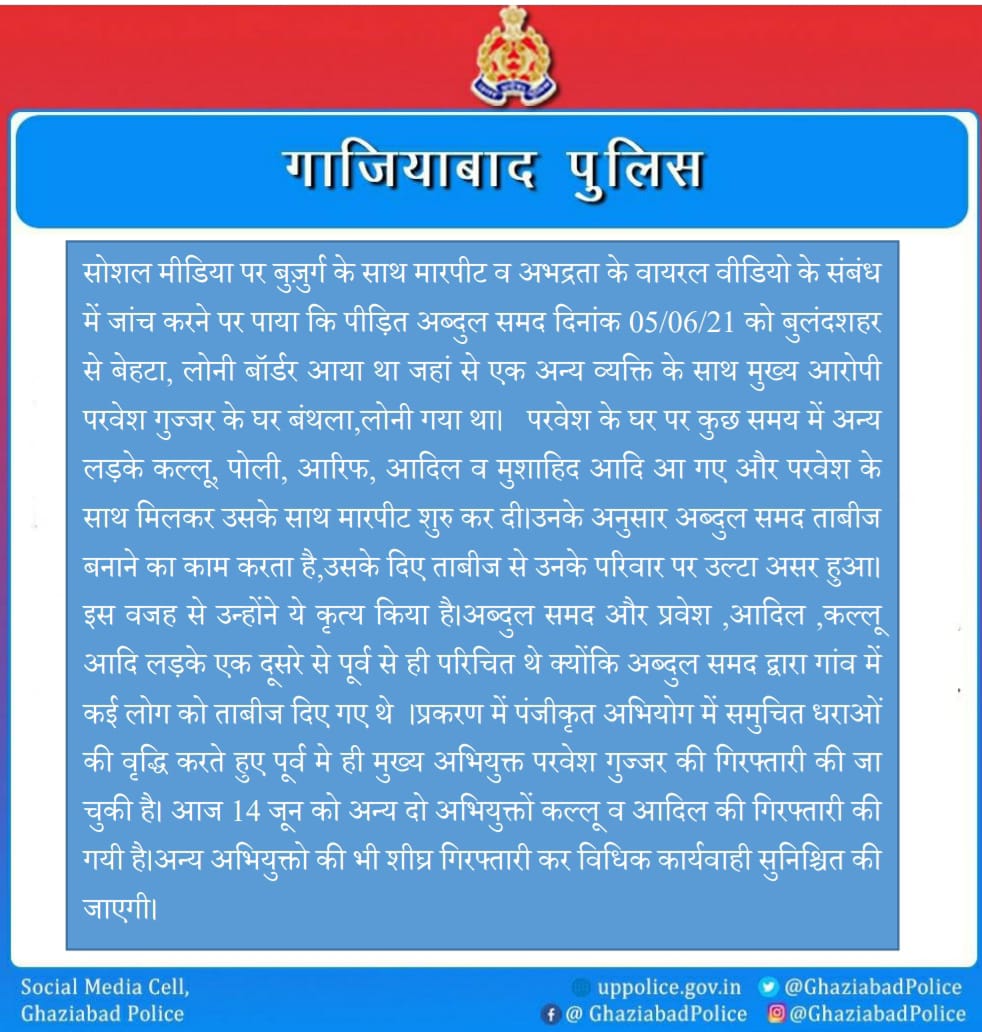 Was the victim forced to Chant Jai Shri Ram?

Three of the accused (Arif, Aadil, Mushahid) are themselves Muslims. Since both victim and co-accused are from the same community, it can't be termed as a communal incident. The victim's version of him being forced to chant "Jai Shri Ram" does not seem to add up.

After Ghaziabad police's clarification, Md Zubair deleted his tweet and accepted that the victim's version of him being forced to chant "Jai Shri Ram" does not seem to add up.

Not the first case

We had extensively covered such cases post the 2019 general election. You can read our article here:

After BJP victory in the 2019 general election, a section of social media users had tried to portray that the minorities in India bore the brunt of post-election hate crimes. However, our fact check showed most of such cases turned out to be fake. You can read our detailed article here:

This is not the first time when Md. Zubair has been caught sharing fake news.

Below screenshots prove that the page is managed by him.

Altnew's co-founder regularly shares unverified news. On 9th Feb 2020, he shared an unverified video to claim that EVMs were stolen by BJP. The claim was later marked as false by Vishwas News. 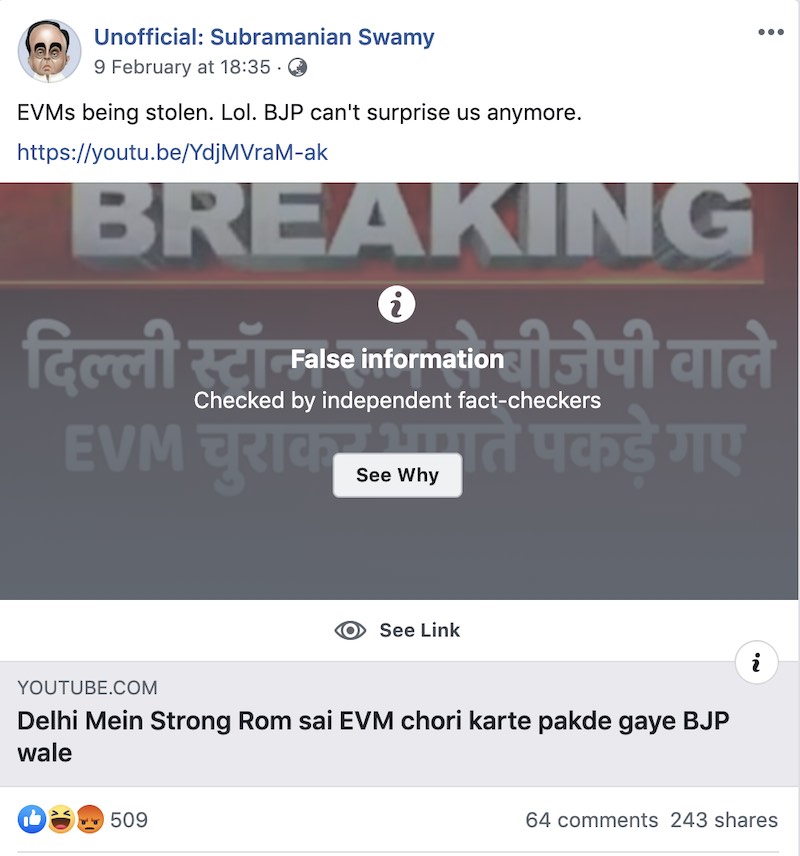 Md Zubair constantly runs propaganda against the ruling party and Indian police. On 30th January 2020, he shared a picture to claim that the Delhi police were standing and watching the shooter during a protest in Delhi.

We had debunked this misinformation by analysing the video of the incident. 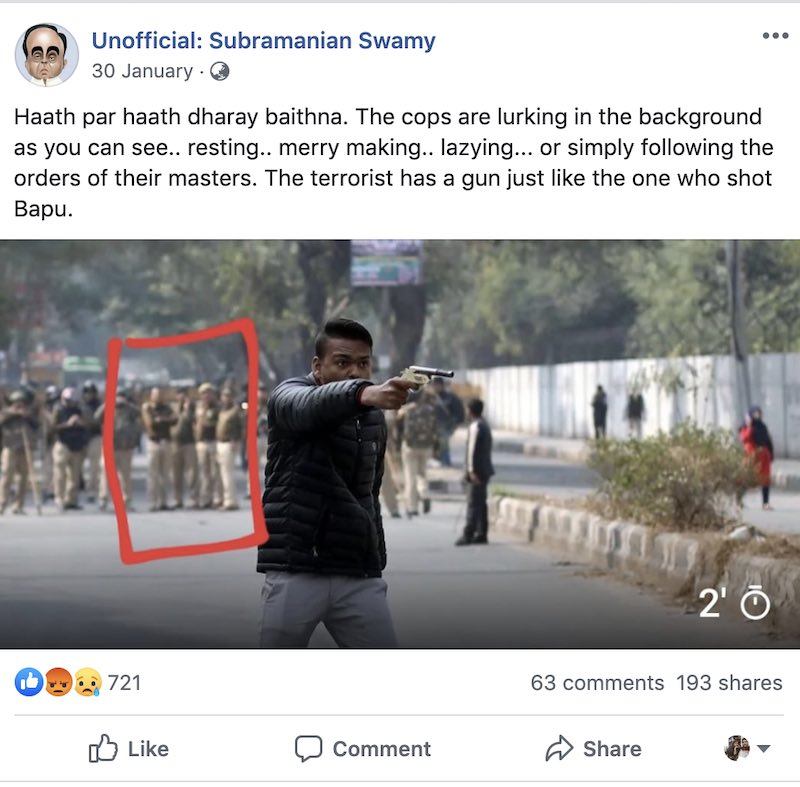 He constantly indulges in propaganda against the ruling party in India. Many times he has abused the home minister of the country and constantly shares posts with confirmation bias against the current government.

Md Zubair is known for sharing sensational and politically motivated fake news against BJP and RSS. Earlier, he had shared an unverified report claiming that the BJP office's sewage was jammed with used condoms. We had debunked this fake news in 2018.

Fact Check: Was sewage of BJP's office jammed with used condoms as being claimed on social media

Not only this, Md Zubair had shared an unverified cartoon to falsely claim that  Rss had depicted Mahatma Gandhi as Ravana in its journal.