A video is going viral all over social media with the claim that officials demolishing illegal constructions of Rohingyas in Jammu and Kashmir, turns out to be misleading.

A video is making rounds all over social media, claiming the demolition of illegally constructed colonies of Rohingya Muslims in Jammu and Kashmir. In the one-minute thirty-nine seconds long video it can be seen that a JCB and a group of officials wrecking some structures and a few locals are seen trying to stop the officials.

A Twitter user also posted  this video on his Twitter handle with a caption in Telugu and Hindi which can be roughly translated as "The government is illegally entering Jammu and Kashmir and destroying the homes of terrorists Rohingya who have illegally established colonies." 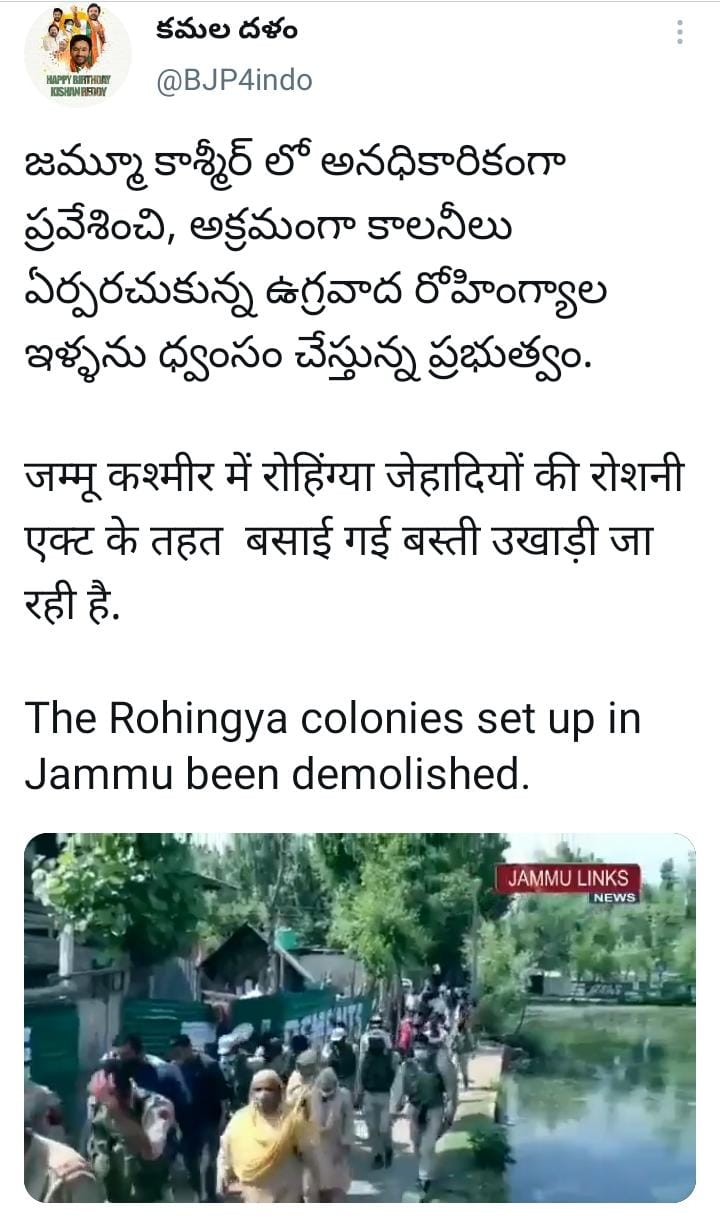 The same video was also shared by a Facebook user with caption "Jammu & Kashmir , Demolition of illegal Rohingya Islamic Jihadis encroachment by Administration . Results of Abrogation of Art 370 & 35 A visible ,these illegal structure during Roshni Act .........For those IDIOTS who question what is Shree Modiji doing." You can see some similar videos posted on Facebook here. 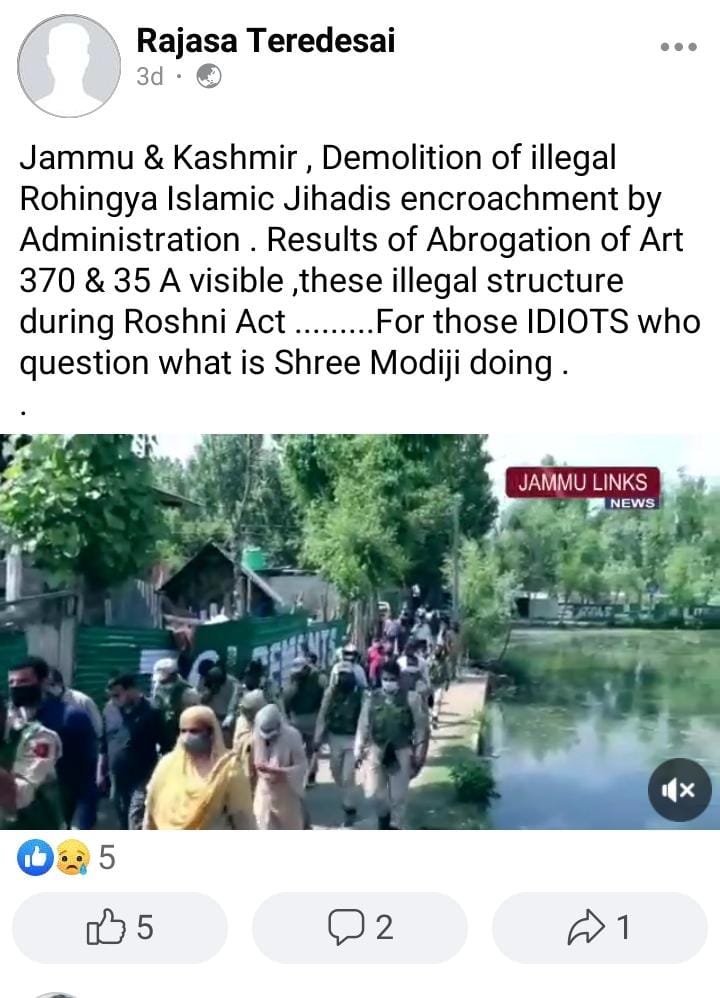 In our investigation, we found that the video which is going viral on social media is not related to Rohingya Muslims, the video is misleading people. As the video has a Jammu News Link logo, we search the video on their channel and the same video was found which was uploaded on 5 June 2021 with the title "LAWDA demolishes several illegal constructions, encroachments." The description of the video says 'In its effort to continuous demolition drives by Lakes and Waterways Development Authority through its Enforcement Wing, several illegal constructions/encroachments were demolished from the last one week under the supervision of Enforcement Officer, in the area of, Lashkari Mohalla, Doji Mohalla, Burzhama, Wangut Teilbal & Nishat, in which one single storey with tin walling, one ground floor, two plinth blocks & two shops raised illegally were demolished onspot.'

In conclusion, the video is of demolition of illegal constructions along Dal Lake and therefore has nothing to do with Rohingyas in Jammu and Kashmir.