A video discussion between a news anchor and a guest praising the Indian government is viral with a false claim that the discussion aired on a Pakistani media channel. This video is from TAG TV, a Canada-based TV channel founded by Tahir Aslam Gora, a Pakistani journalist with Canadian citizenship.

A clip from a talk show of a discussion between a news anchor and a guest praising the Indian government is going viral on social media with the claim that the video shows a Pakistani media channel.

A Facebook page name Mahalaunda shares an eight-and-a-half-minute long video in which the speaker is criticizing the former UPA government and alleges that Hindus in India faced discrimination. The caption of the post reads, "Even Pakistan knows the Truth about India. #SatyamevaJayate Pakistan Media on India (sic)."  The video has a news ticker reading "Pakistan Media On India". 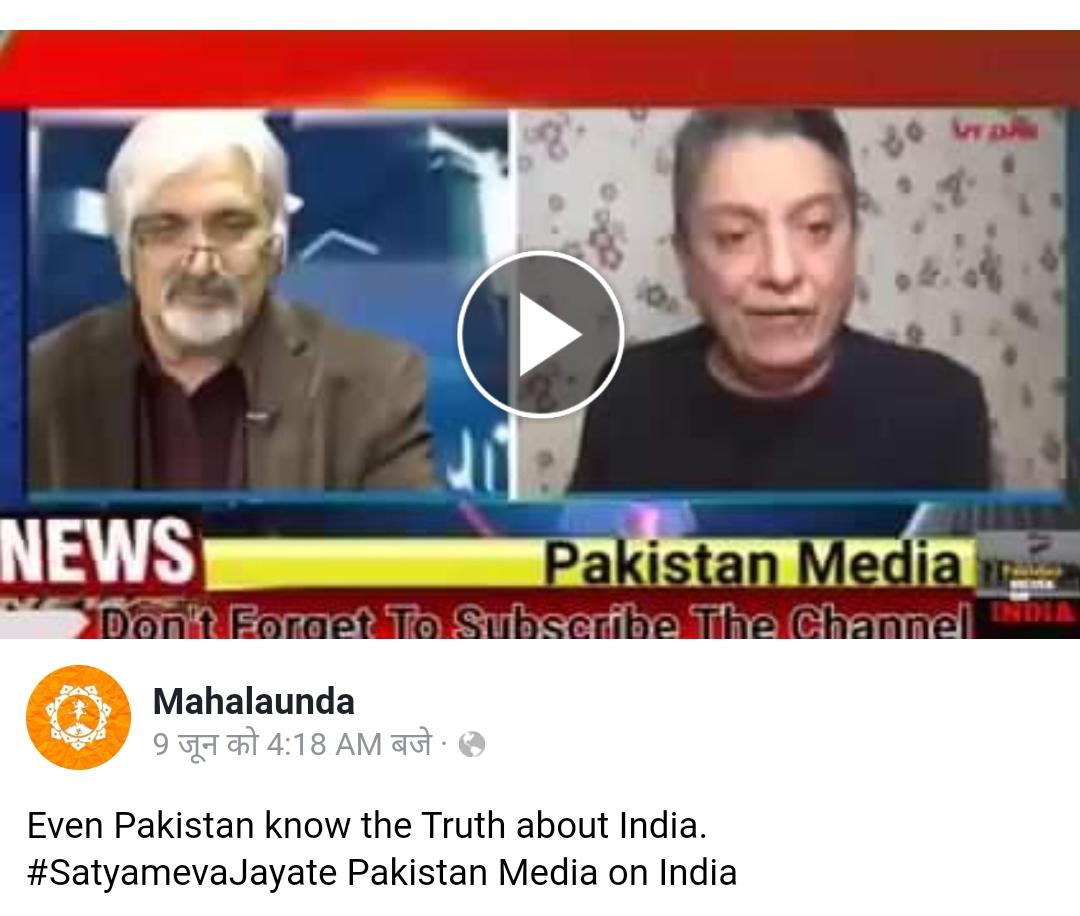 In our investigation, we found that the viral claim is misleading. This video is from TAG TV, a Canada-based TV channel founded by Tahir Aslam Gora, a Pakistani journalist with Canadian citizenship.

After doing a reverse image search of the keyframes of the viral video, we found a longer version of the viral video uploaded on TAG TV’s YouTube channel on November 18, 2020. The caption of the video reads, “Arif Aajakia Exclusive Talk with Tahir Gora on Mumbai 26/11 Terror Attack – UK Talk Show @TAG TV”

We also checked Tag TV’s website and social media handles and found that 'TAG TV' is the USA and Canada-based TV channel operating from Canada. It was founded in 2014 by Canadian-Pakistani journalist Tahir Aslam Gora.

Further,  we found Tahir Aslam Gora’s website.  As per the website, Tahir Aslam Gora is a Canadian writer, journalist, and broadcaster. He is the founder of TAG TV, an online TV Channel. He also participated in Canada's Federal Elections 2019 as a Candidate of The Peoples' Party of Canada.

In conclusion, a video discussion between a news anchor and a guest praising the Indian government is viral with a false claim that the discussion aired on a Pakistani media channel. This video is from TAG TV, a Canada-based TV channel founded by Tahir Aslam Gora, a Pakistani journalist with Canadian citizenship.