A purported tweet's screenshot saying Google Meet will soon introduce a feature that allows hosts to know which apps are being used in the background by participants is being falsely attributed to the official Twitter account of Google India.

Google Meet is a video-communication service developed by Google used for holding virtual meets, attending online classes. etc. As the countries are announcing a lockdown of their respective states continuously and urging enterprises to offer work from home facilities to their employees; the adoption rate of video conferencing software is getting increased.

However, a message is getting viral on social media which is purportedly a screenshot of a tweet done by Google India with a claim that Google Meet will soon introduce a feature that will allow the host to know which apps the participants are using in the background.

A Facebook user name Shakthi Priya shares a screenshot purported tweet by Google India that reads, “Google Meet will introduce a new feature soon in which the host will able to know which app the participants are using in the background.” 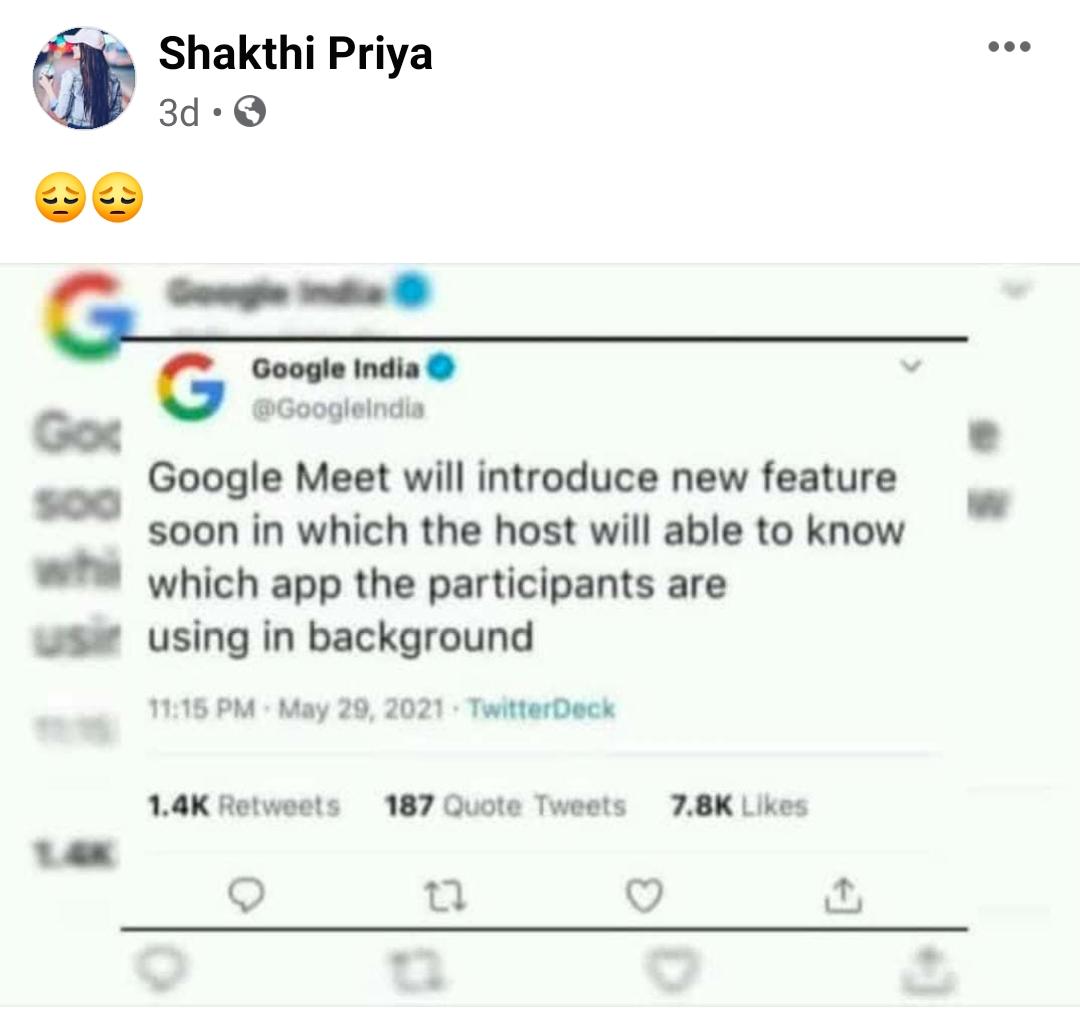 In our investigation, we found that the viral tweet is misleading. It is not the real account of Google India.

We went through the Twitter timeline of Google India looking for the claim made in the viral tweet, but we could not find any post regarding the same.

We also checked the new features added to Google Meet in its “Help Center” section and we could not found any such details. Also, no such additional features were listed under the category of new features and enhancements available in Google Meet.

Moreover, we could not find any such report in Indian or international media.

In conclusion, a purported tweet's screenshot saying Google Meet will soon introduce a feature that allows hosts to know which apps are being used in the background by participants is being falsely attributed to the official Twitter account of Google India.