We found that the picture showing a signboard that read "Eating carpet strictly prohibited"  is morphed.

A picture of a bizarre airport signboard is getting viral on social media. In the picture, the signboard had instructions by the Airports Authority Of India for travelers at the airport.

A Twitter user name Capt Anil Singh shares an image of an airport signboard with the caption"Sir @sashiTharoor #AAI need your kind help to correct this". 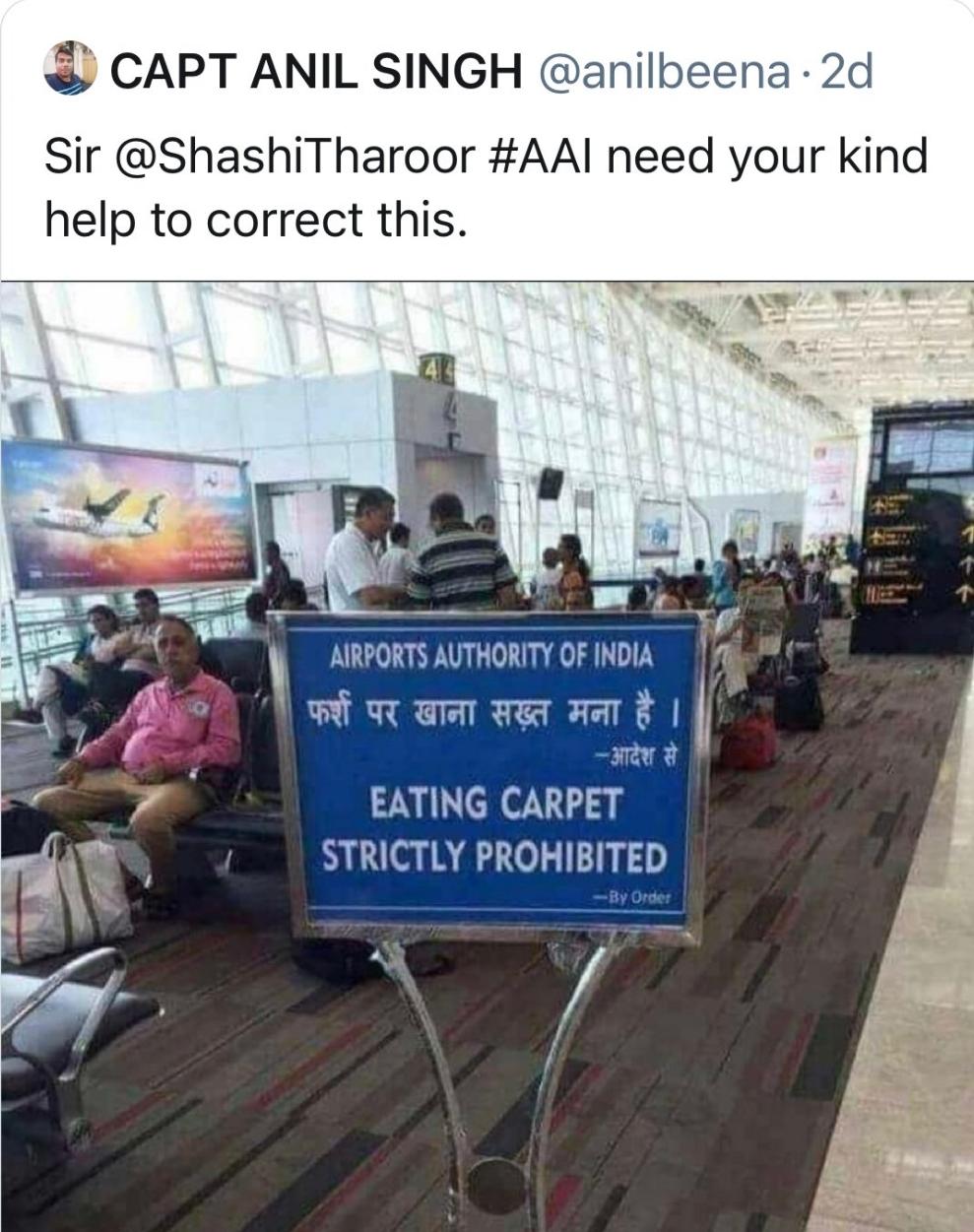 After this, Shashi Tharoor also shared the image. He wrote, "They are incorrigible!" 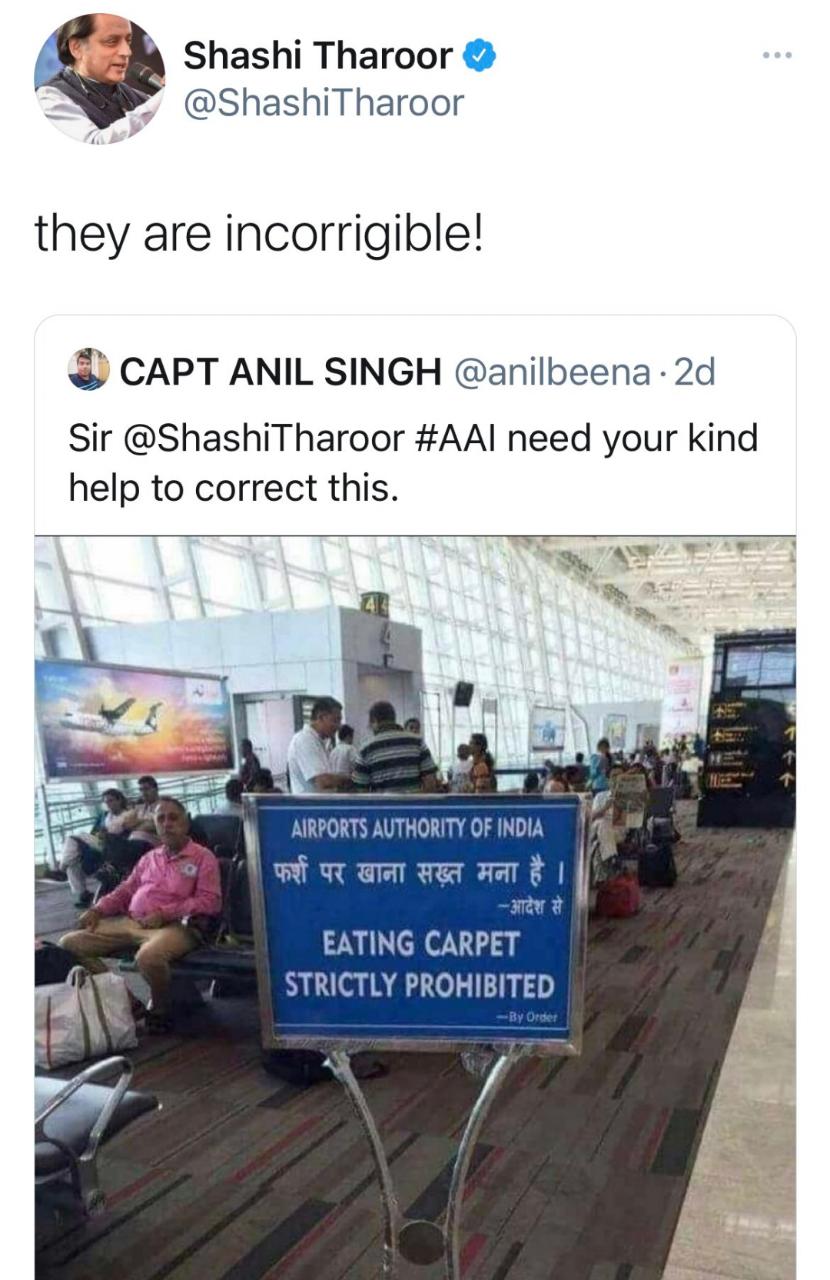 In our investigation, we found that the viral claim is false and the image of the airport signboard is morphed.

On doing research of the viral image we found that the Union Minister for Housing & Urban Affairs Hardeep Singh Puri took to Twitter and clarify that the image is morphed and viral since 2015. He wrote, "Listen people. This is a morphed image doing the rounds since 2015. It resurfaced in 2019. AAI had pointed this out even then. Let us all do a bit of due diligence before putting such things out. Fake images & morphed pictures don’t do any good to people who are posting them". 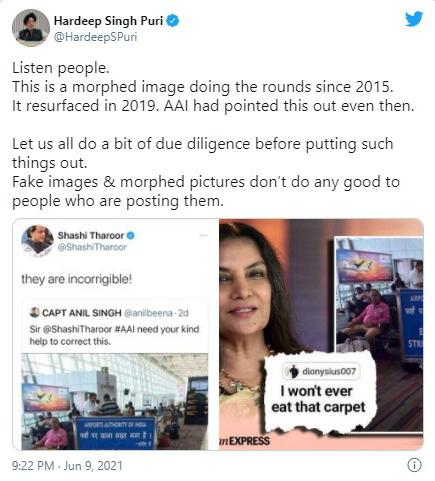 We also found that the same picture of a signboard was posted by Shabana Azmi in 2019 went viral; then the Airports Authority of India (AAI) clarified that the image was morphed.

The Airport Authority of India took to its official Twitter handle and requested not to circulate such photographs without proper "fact-checking". AAI tweeted, "Important Announcement from #AAI Since 2015, this morphed image shown has been doing rounds time and again. Requesting everyone not to circulate any such photographs without proper fact-checking." 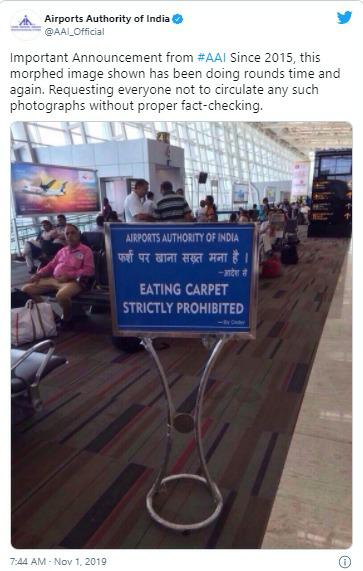 A Twitter user has shared the original image(as claimed by him) where it can be seen that the image was morphed. 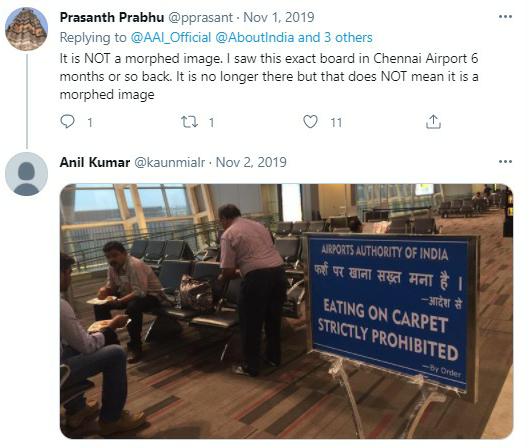 The viral image was shared originally in 2015. Actor Arshad Warsi had shared it on Twitter then. 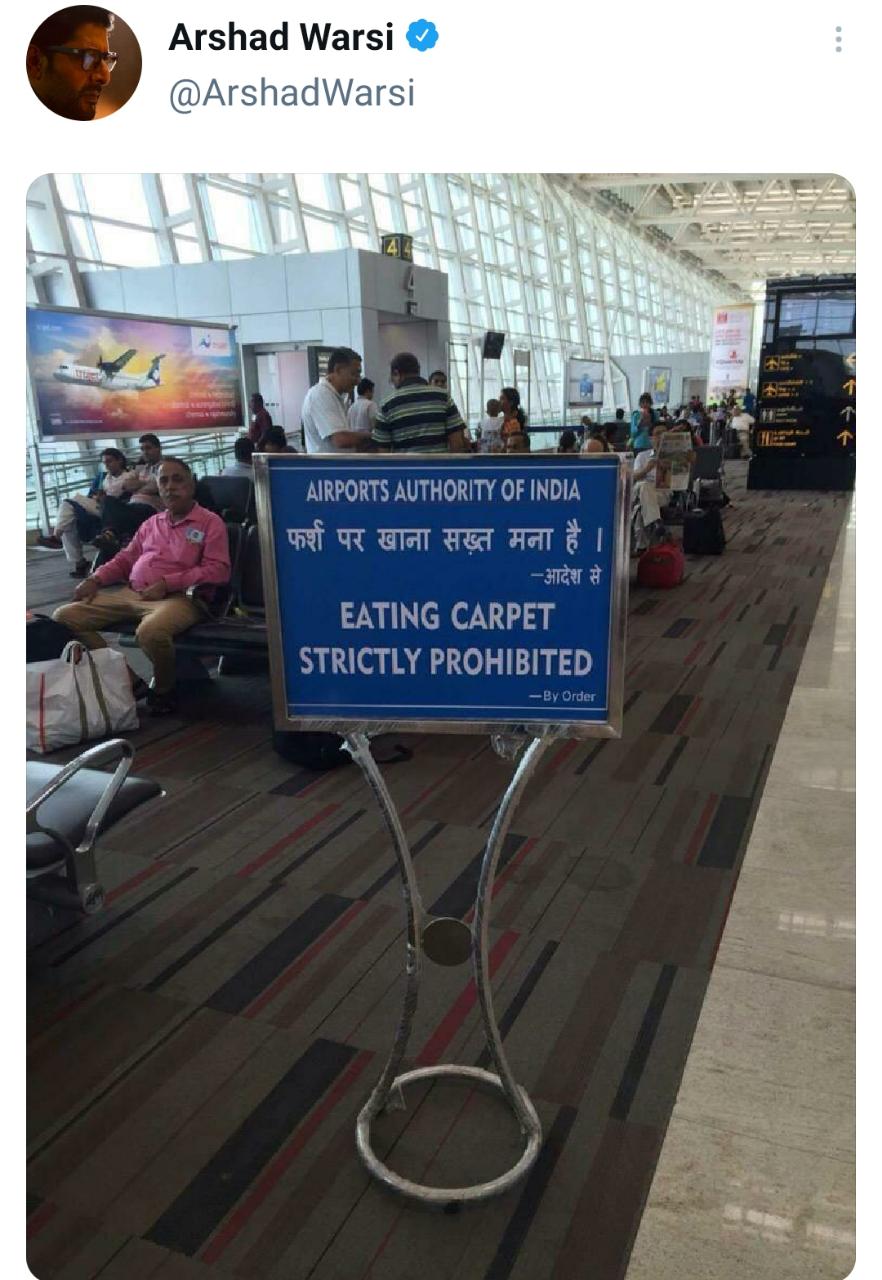 In conclusion, the picture showing a signboard that reads "Eating carpet strictly prohibited" is morphed.  The Airports Authority of India (AAI) also clarified that the image was morphed.