As the world continues to fight the coronavirus pandemic, people are being encouraged to get vaccinated and creative ideas are being adapted to boost the vaccination drives globally. With a backdrop of this a matrimonial advertisement of a woman who has taken the jab and is looking for a vaccinated groom is massively going viral on the internet. In the viral ad, a 24-year-old self-employed woman claims to have received both doses of Covishield and is looking for a man who, along with other desirable traits, must be completely vaccinated. 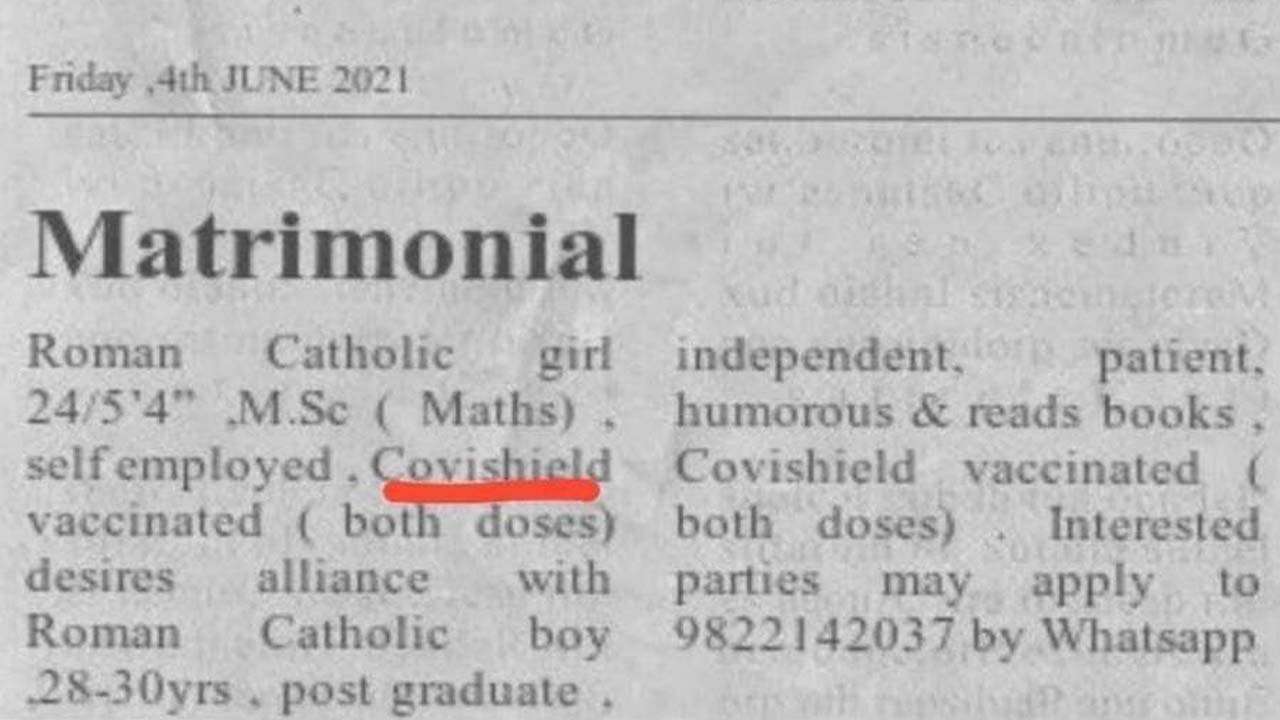 This ad was also shared by Congress MP Shashi Tharoor on his Twitter handle with the caption, ”Vaccinated bride seeks vaccinated groom! No doubt the preferred marriage gift will be a booster shot!? Is this going to be our New Normal? This tweet was retweeted more than two thousand times. 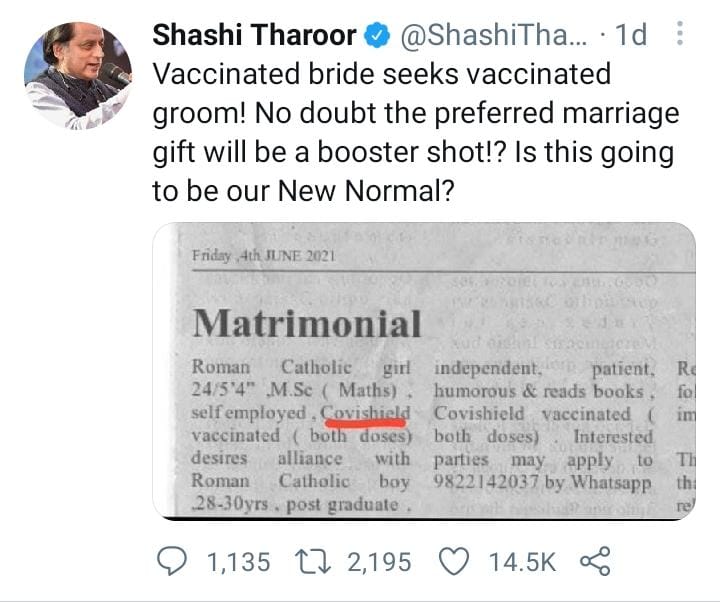 Many other twitter also tweeted the same ad which you can see here, here and here. 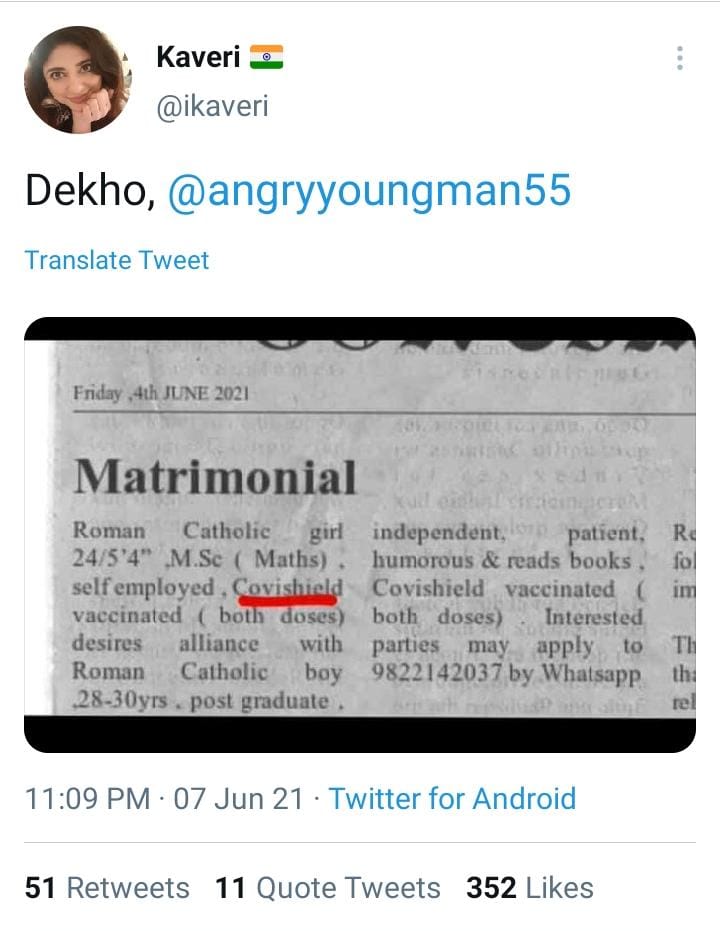 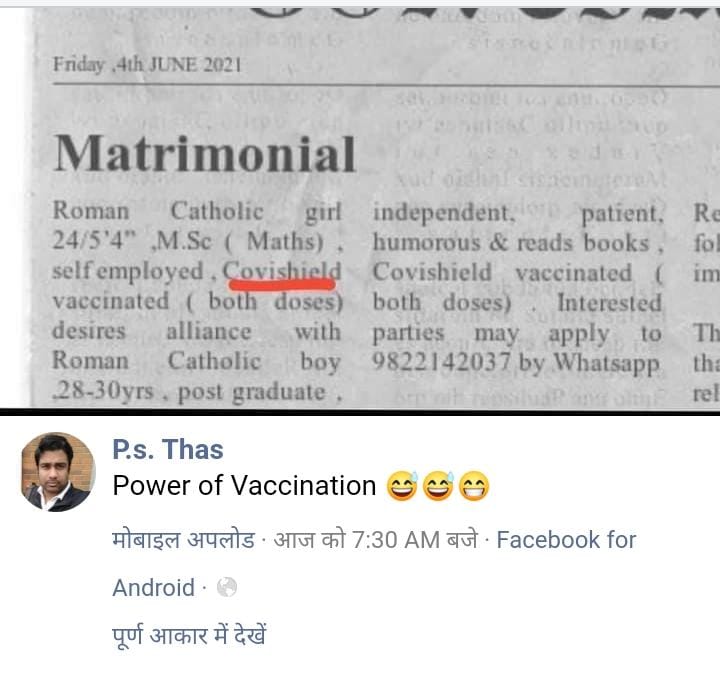 Which you can see here and here. 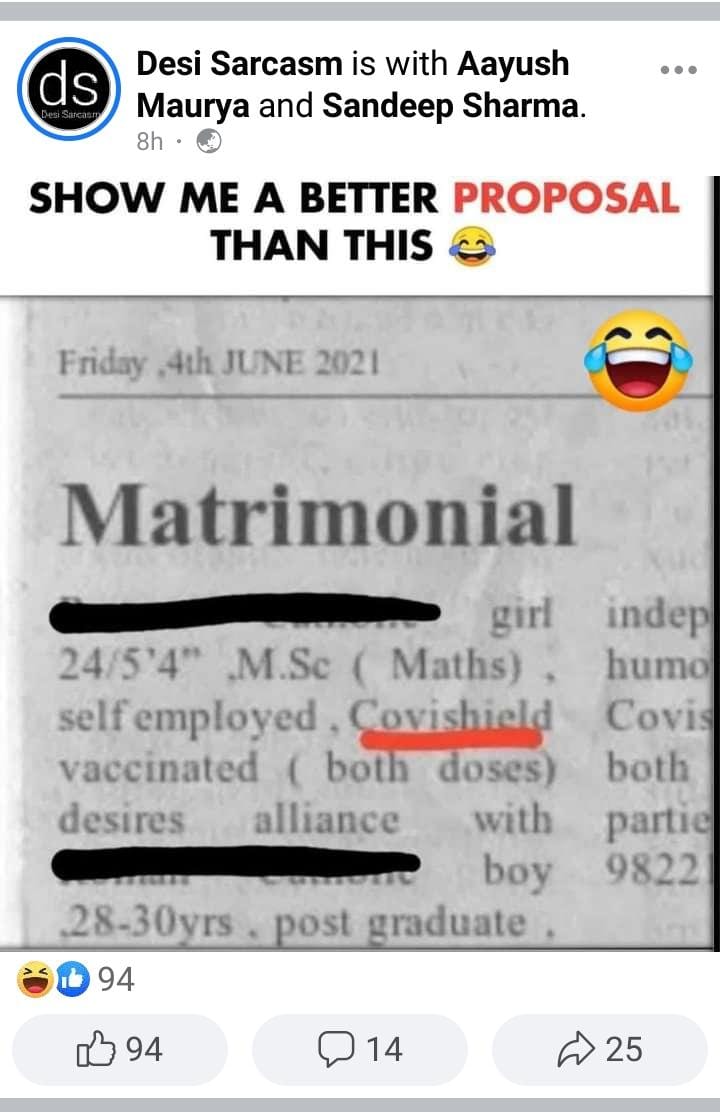 In our investigation, we found out that, this is a fake advertisement going viral on social media. This ad was a “harmless” campaign launched by a man named Savio Figueiredo, a community pharmacist from Aldona, Goa, to influence people to get the Covid vaccine shot. 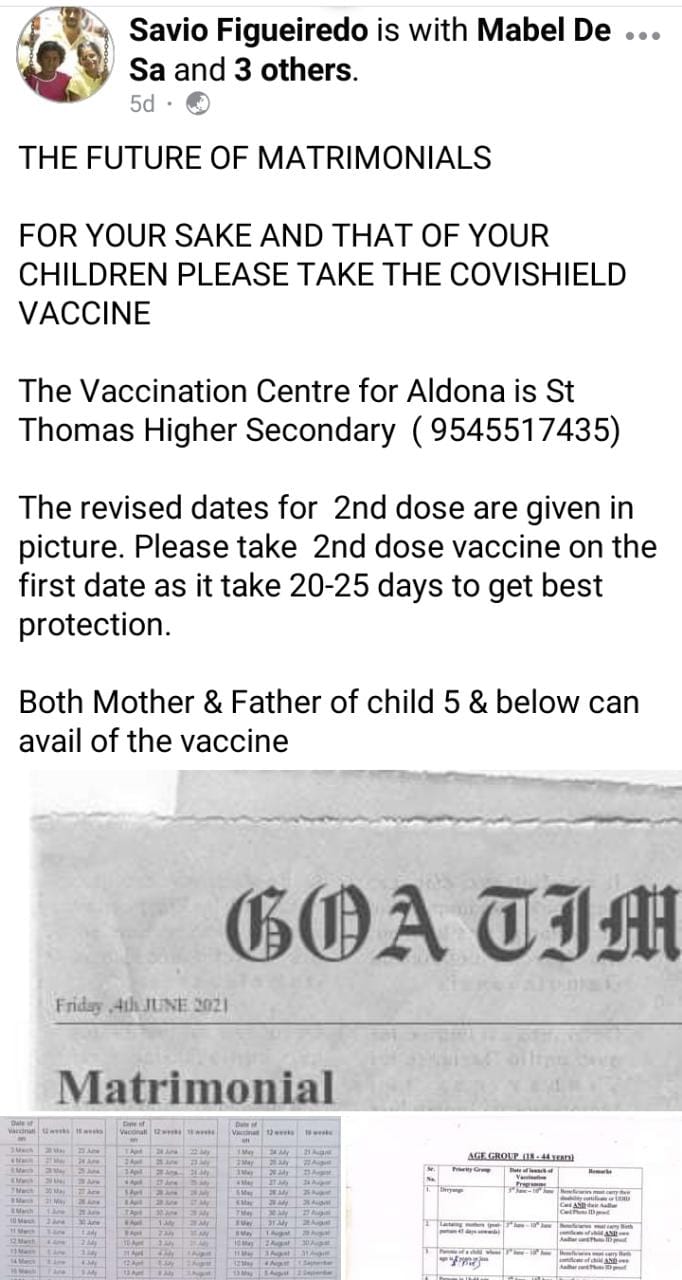 According to the viral cut out of the newspaper the ad was published in Goa Times but we checked the Goa Times e-newspaper the font does not match with the viral image and it clear that it is created with some editing app. 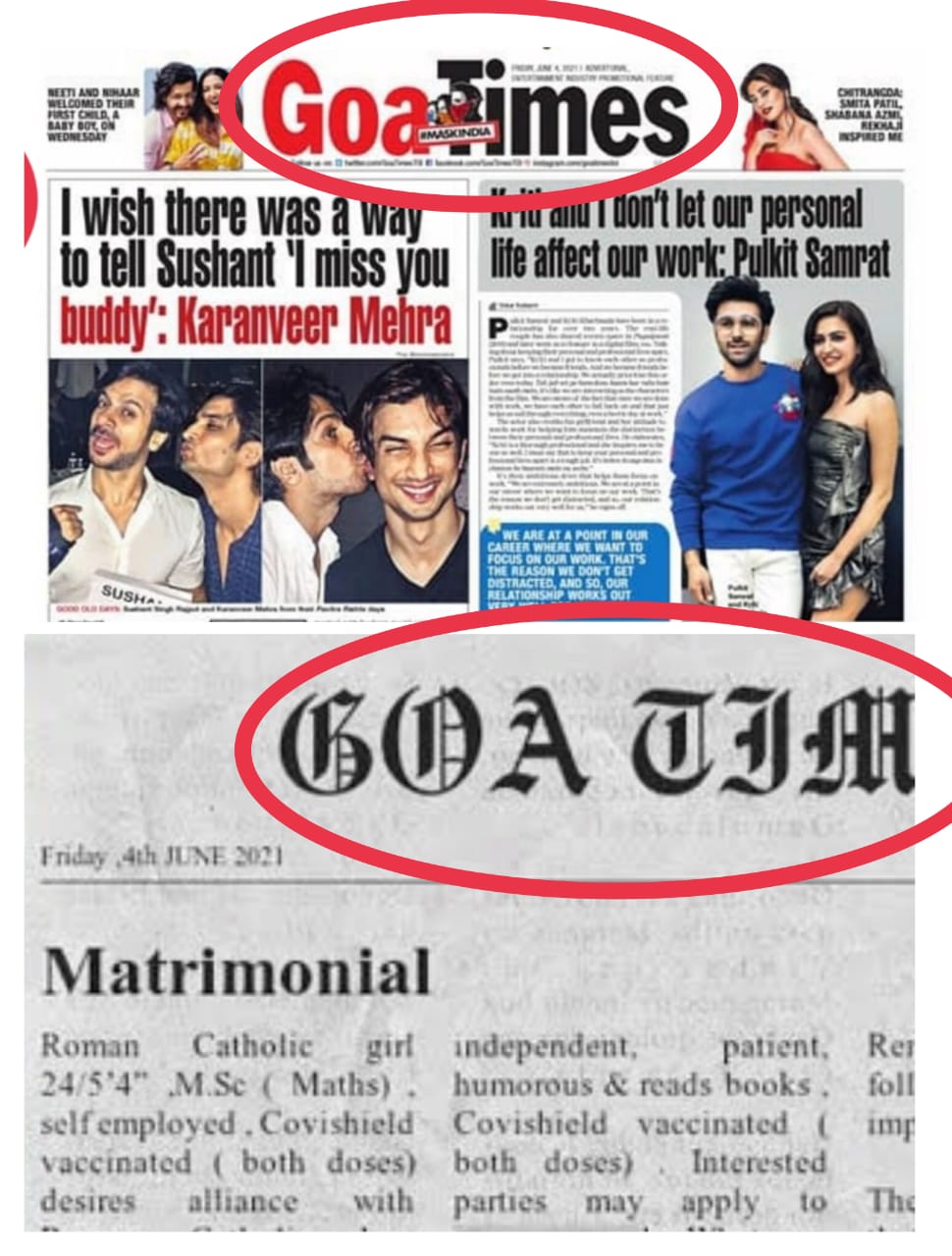 Also, Talking to IndianExpress.com, the 58-year-old said: “I created the ad with the intention of encouraging people to take the vaccine and posted it on my Facebook page. Some one got the bull by the tail, thought it was real, and now it has gone viral.”

"Talking about his new-found fame and seeing humour in it all, he said he was in disbelief as he started getting calls from as far as Kolkata, Odisha and Mangaluru, enquiring about the marriage prospect.

Although Figueiredo stressed that it was never meant to go viral and the post was just for people on his friend list on the platform, he is happy that it reached a wider audience. Stressing that he had good intensions and there is “no harm done”, the middle-aged man added: “If even 10 people who are on the fence get vaccinated, I will be satisfied”.

Though his phone hasn’t stopped ringing, since his original number was mentioned in the fake ad, he doesn’t regret it much. “It was meant for just my friends on Facebook. But if it means that some people will get motivated and convinced to get vaccinated, I don’t care about the inconvenience,” he said.

Asked why he decided to create such an ad, Figueiredo said he firmly believes that even one does of the vaccine can save people’s lives, and after losing someone close, he was more determined to motivate others."

In conclusion, a fake ad is going viral all over social media, this ad was just made to influence people to get the Covid vaccine shot.