Fact Check: Videos of health worker pretending to inject COVID vaccine are not from India 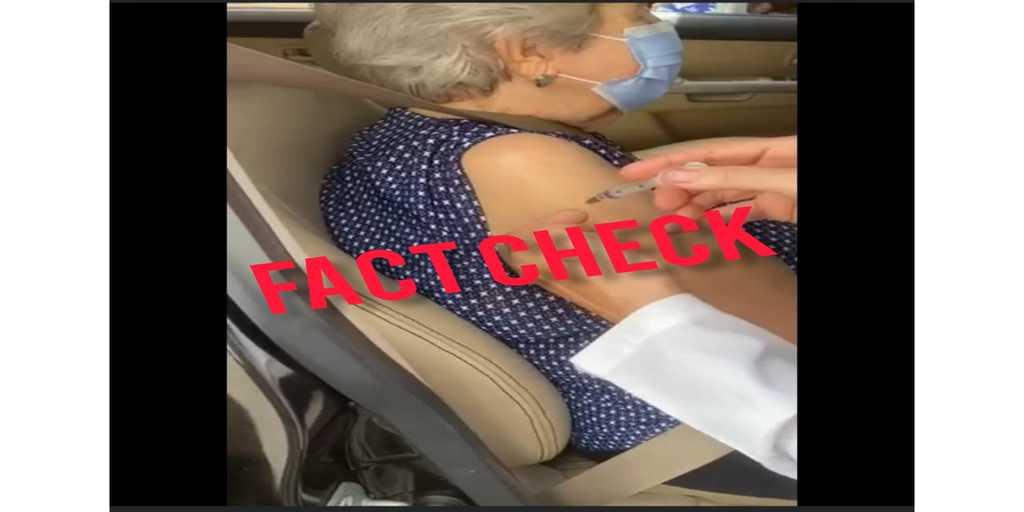 The video which is going around all over social media is from Brazil and it has nothing to do with India.

Vaccinations have picked pace in India as the country battles a surge in Covid-19 cases. A video is going viral where a health worker is inserting the needle in a woman's arm, but the syringe is not pushed to inject the vaccine. A Facebook user Shashi Dhar Mehta uploaded the video with a caption texted in Hindi which says, 'Do not turn your face while vaccinating. Check whether the medicine has gone in or not. Staff only prick the needle. Be careful in this difficult time.' 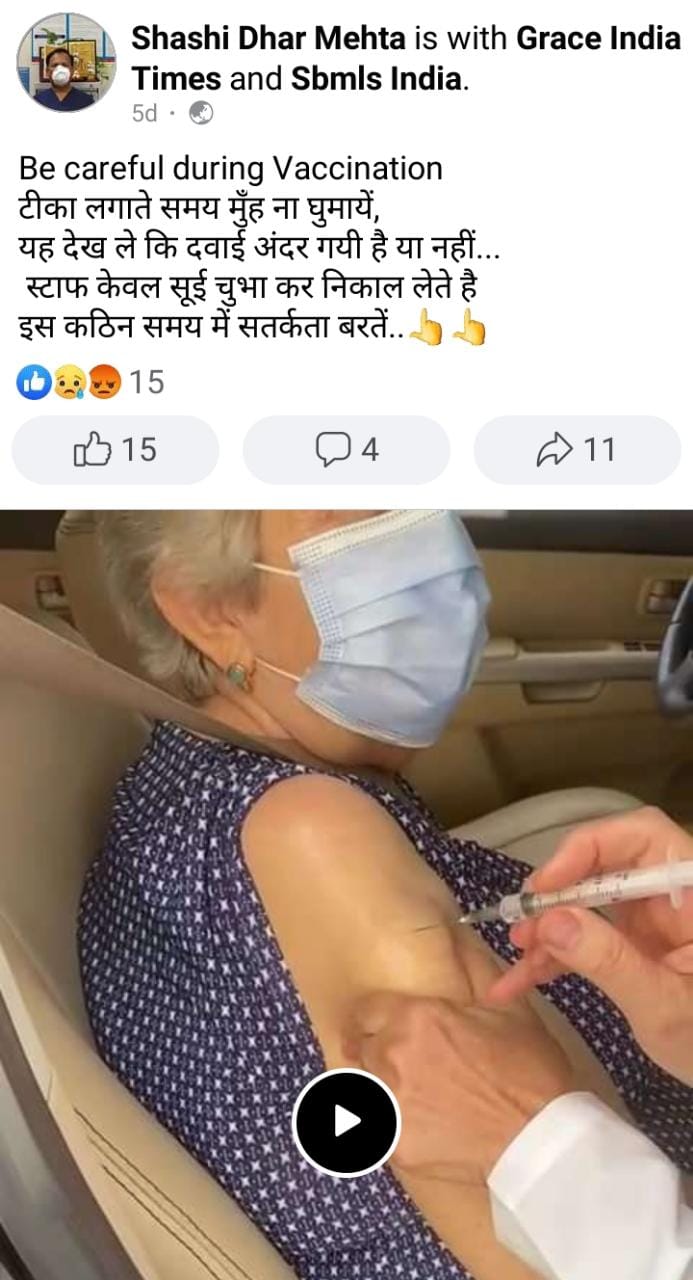 This video shows an elderly woman wearing a dark blue T-shirt getting a vaccine dose in a vehicle. The video shows the healthcare worker insert the needle in the woman’s arm, but did not push the syringe to inject the vaccine.

In our investigation, we found that the video which is going viral is not from India and it's misleading people. This video is from Brazil's city Goiania. We also found the Facebook page of ‘CBN Goiânia’ that had posted the video on February 10 with a caption in Portuguese that says 'The daughter of an 88-year-old elderly woman denounces that her mother did not receive the vaccine against Covid-19 in the first application, this Wednesday morning (10), in Goiânia. To TV Anhanguera she said that the nurse stuck the needle in the mother's arm, but did not inject the dose of the immunizing agent. The moment was filmed by retired Luciana Jordão, 57, daughter of the elderly woman. According to Luciana, the mother was only properly immunized after she realized that the liquid in the syringe had not been applied and asked the nurse during the vaccination at the University Sector.
Luciana reports that the nurse replied that she had been vaccinated, but when confronted about the liquid being in the syringe, she apologized and said that she had not noticed. CBN was after a response from the Municipal Health Department and, according to the SMS, the case has already reached them and that the agency is investigating the case.' 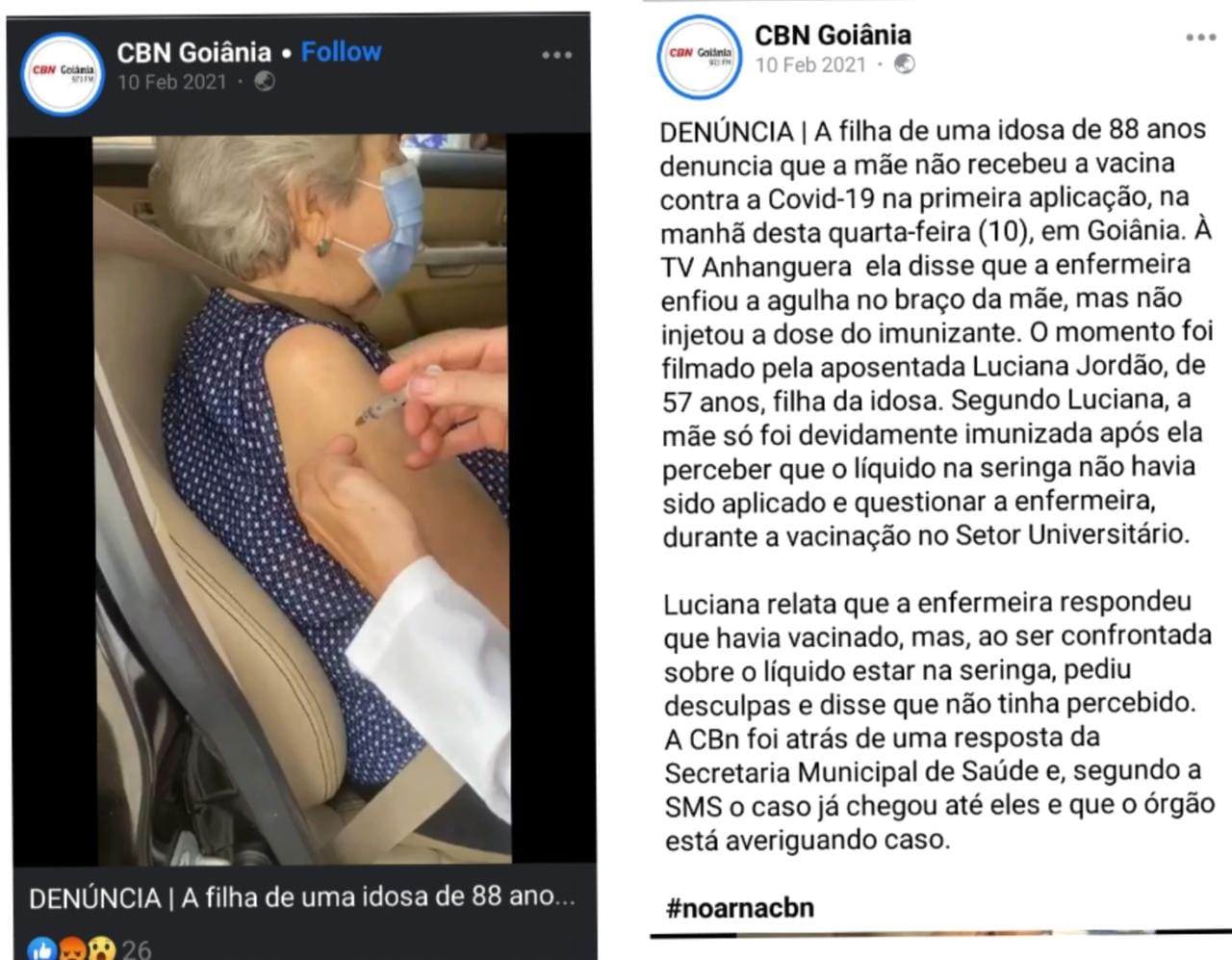 In conclusion, the video which is going around all over social media is from Brazil and it has nothing to do with India.